The Top Highlights From ONE: COLLISION COURSE II 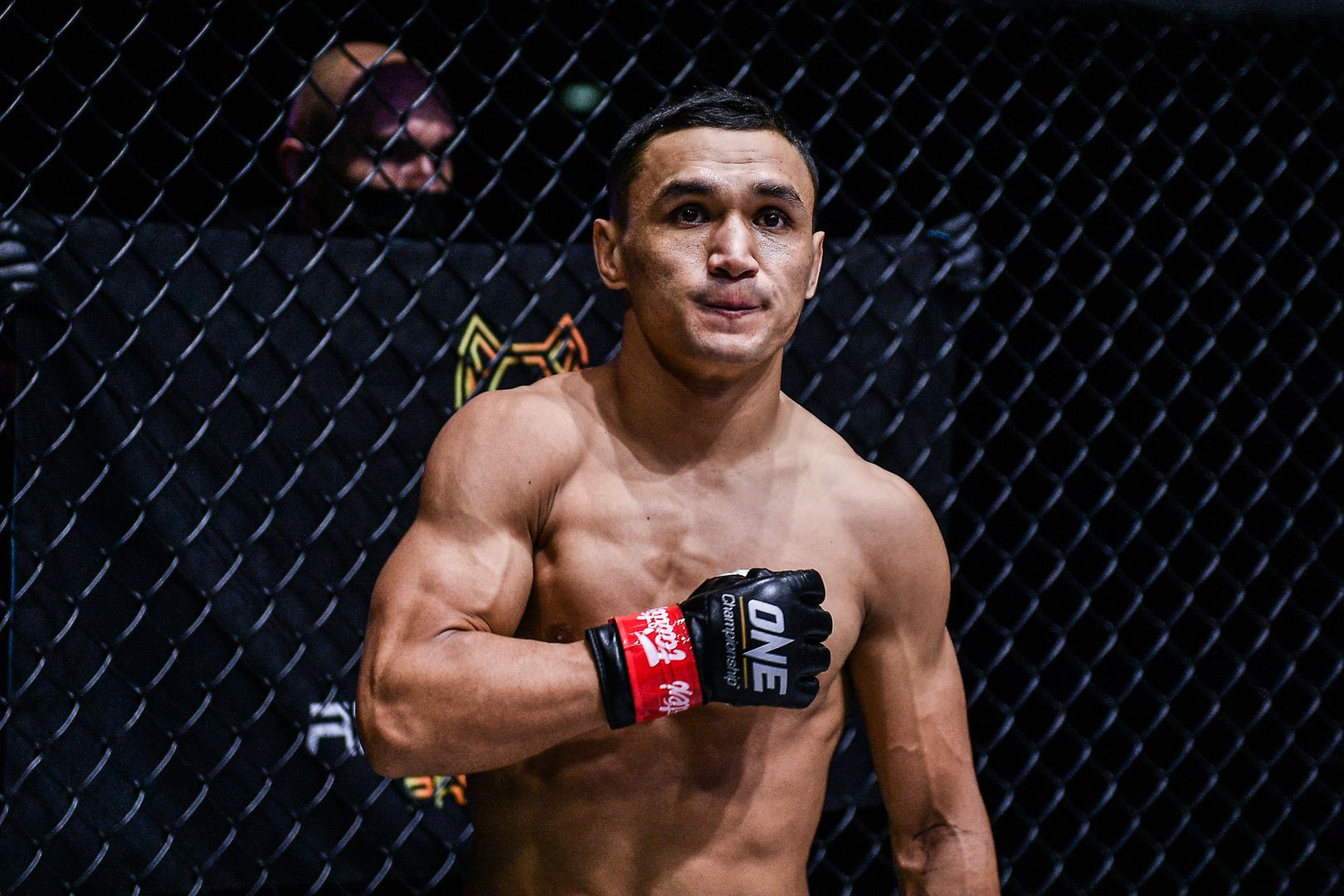 ONE Championship closed out 2020 in style with ONE: COLLISION COURSE II, a previously recorded event that aired from the Singapore Indoor Stadium on Christmas Day.

Before the calendar flips and we prepare for an even more epic year, let’s relive the top three highlights from another memorable night in “The Lion City.”

#1 Yusupov Takes Out Sana In Thriller

There was no better way to close out 2020 than with an entertaining ONE Super Series Muay Thai battle between top featherweight contenders. In the end, #2-ranked Jamal “Kherow” Yusupov edged out #4-ranked Samy “AK47” Sana after three hard-fought rounds.

The towering Sana tried utilizing his length early on, but the counters of “Kherow” were precise. In the closing minute of the opening stanza, the Russian began marching forward more and stung Sana with a crisp straight left hand.

Though “AK47” came on strong, Yusupov turned the tide offensively in the second round to score the bout’s only knockdown with a stunning combination. That moment came when the Russian bounced back to avoid Sana’s right hand and responded with a jab-straight left combo on the button to drop his foe.

Finally, the third round put fans on the edge of their seats with a furious pace, though Sana could not find the bout-changing strike to gain the momentum.

Yusupov’s unanimous decision victory brings him closer to a meeting with Petchmorakot Petchyindee Academy for the coveted ONE Featherweight Muay Thai World Championship.

Former ONE Flyweight World Champion Kairat “The Kazakh” Akhmetov had no trouble defending his #3-ranked contender spot as he earned a unanimous decision against “Ottogi” Dae Hwan Kim in Singapore.

The Tiger Muay Thai representative gave Kim a taste of everything in the first round, including his blistering hand speed, quick leg kicks, and then a brilliantly-timed takedown in the final minute of the stanza.

“Ottogi” came out aggressive in the second round, but Akhmetov quickly adjusted and got the action under his control. Ultimately, the round played out like the first and ended with another late takedown from “The Kazakh.”

Akhmetov then flipped the script in the final frame with an early takedown and did not give Kim any chance for a late KO. He utilized his ground-and-pound while keeping control of the fight, allowing the judges to make the easy decision.

It was a dominant performance from “The Kazakh,” who improved his career mark to 27-2.

If Raimond Magomedaliev wanted to thrust himself into the ONE Welterweight World Title picture, he accomplished just that against previously undefeated Brazilian fighter Edson “Panico” Marques.

Early on, Magomedaliev focused much of his energy on attacking Marques’ lead leg with crushing kicks. The repeated damage kept the Brazilian off-balance and unable to create a rhythm for his own offense.

Just before the two-minute mark, the Russian walked forward, forcing “Panico” back to the Circle Wall. With his opponent isolated in front of him, Magomedaliev stepped in, threw a jab, and then unleashed a right cross to the side of the head that sent Marques crashing to the canvas.

Referee Yuji Shimada immediately jumped in to wave off the fight.

The official time of the knockout came at 1:52 of the first round, and the decisive win put Magomedaliev right in the thick of things in the welterweight division. 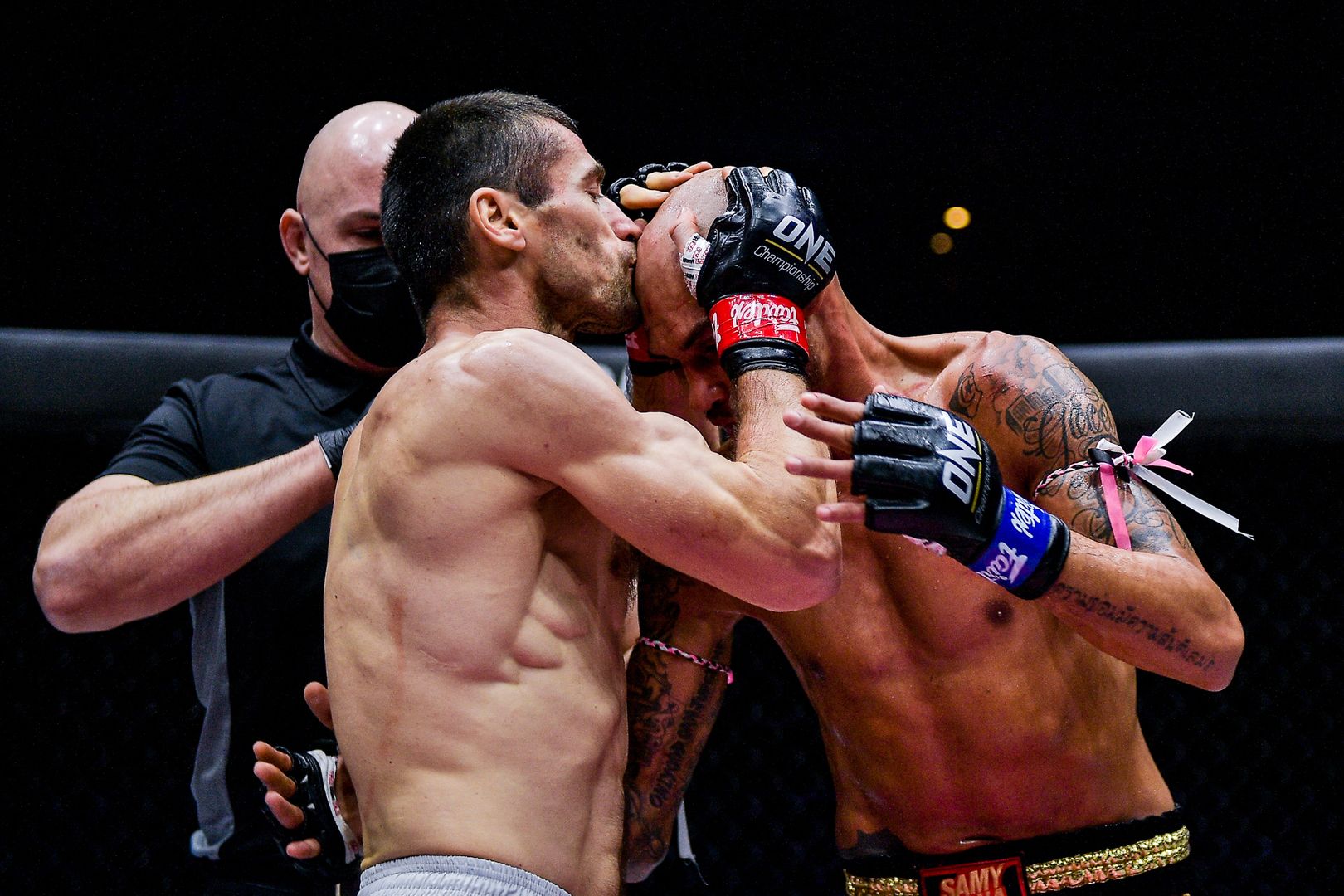 The Best Pictures From ONE: COLLISION COURSE II 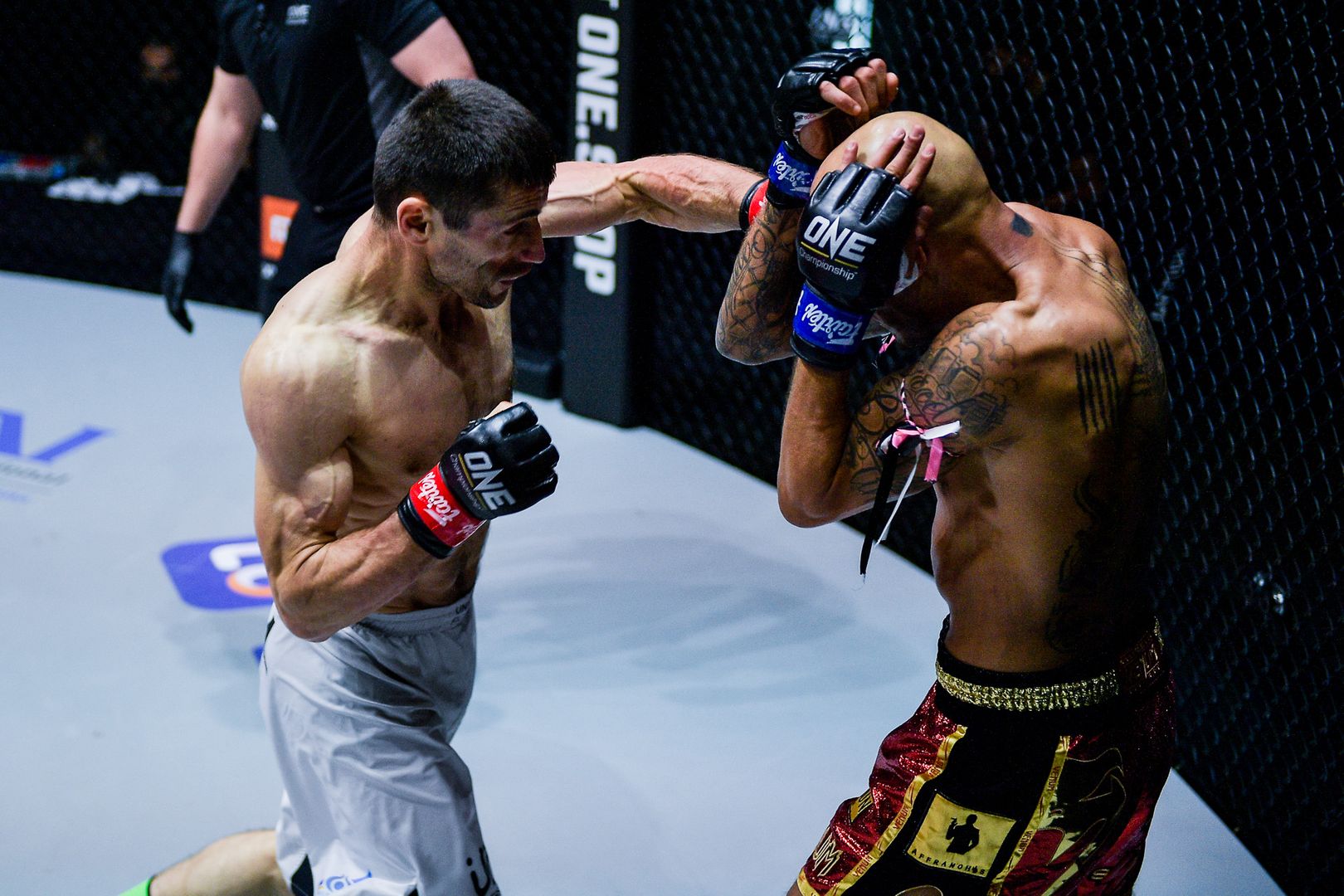 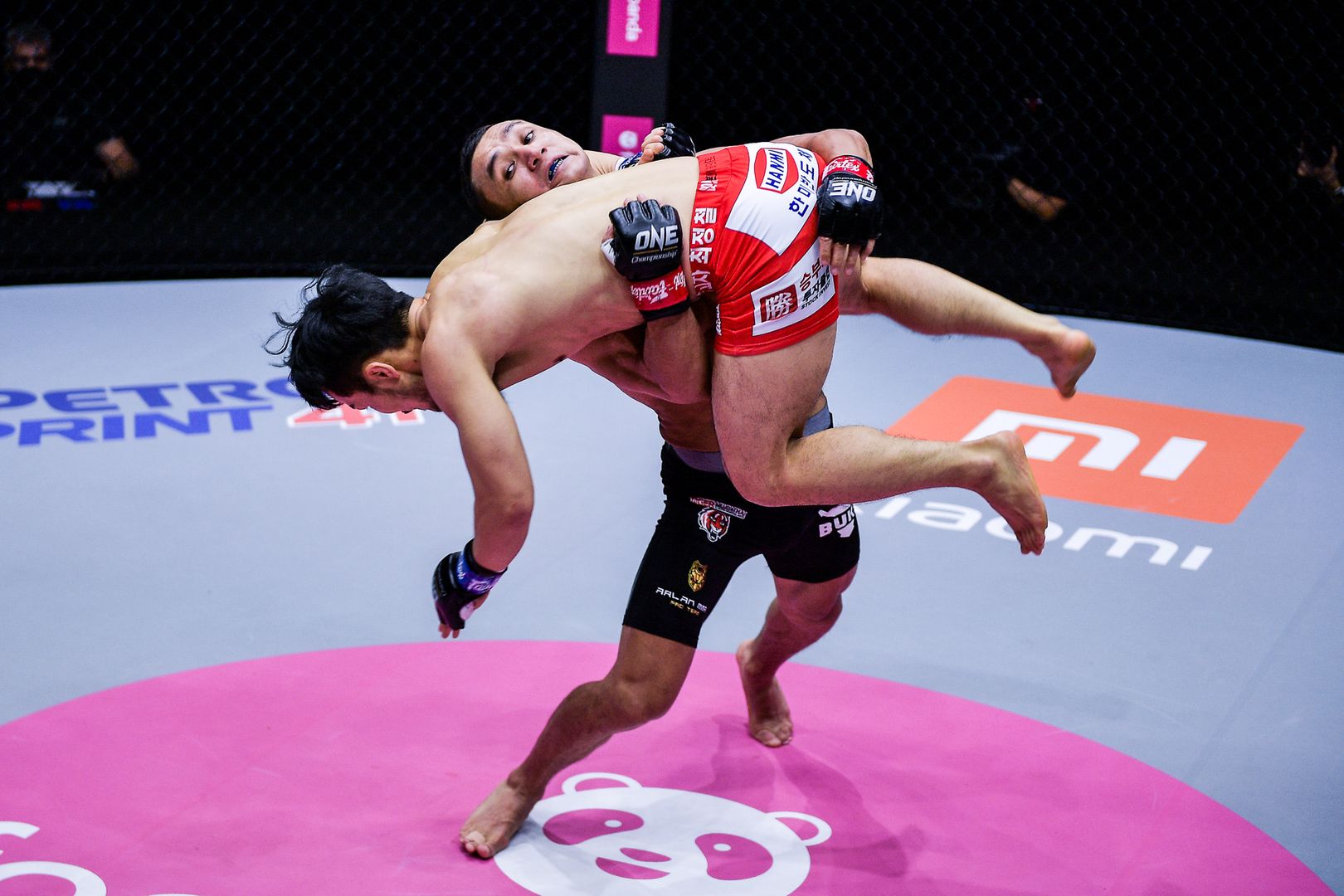 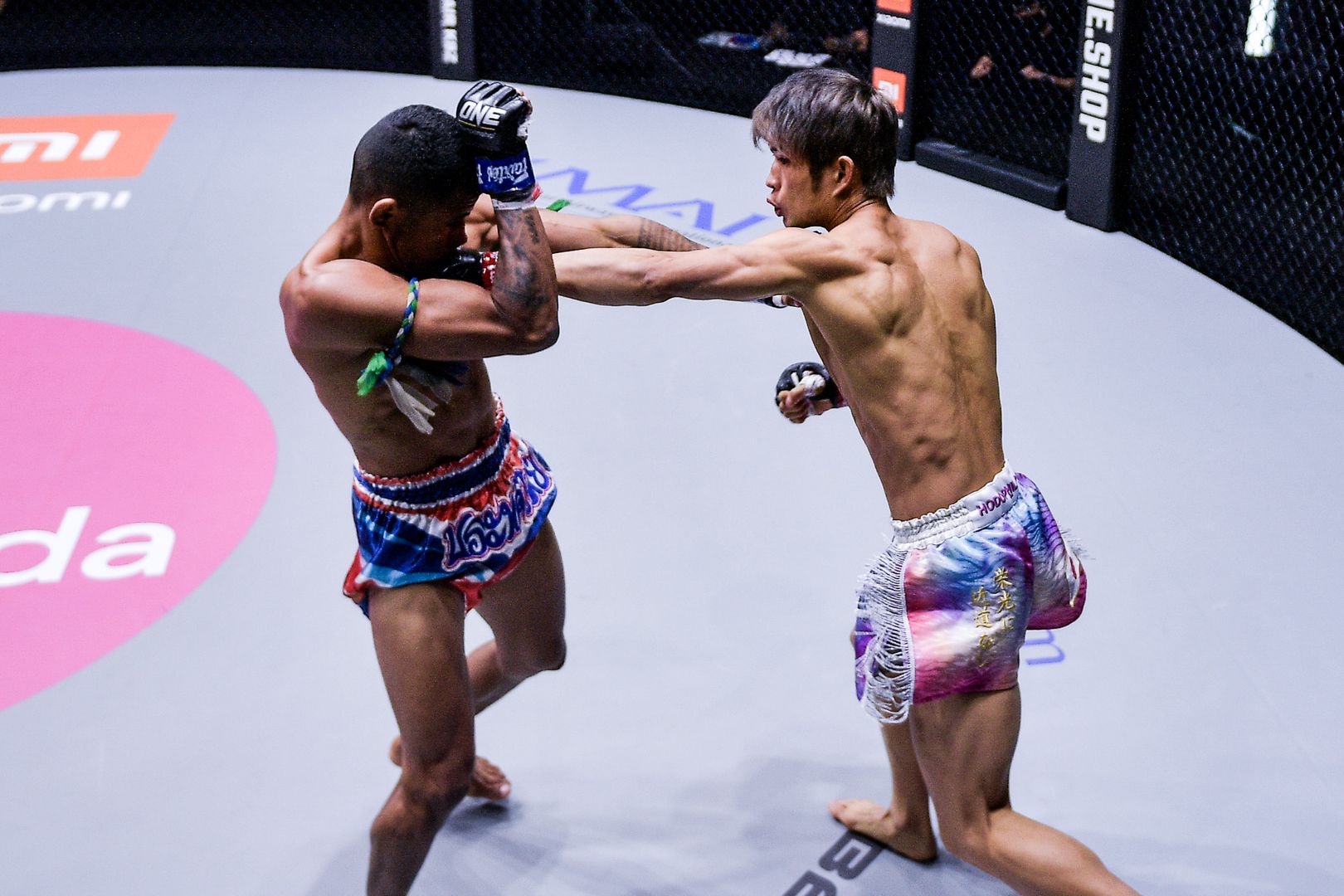