Yusupov defeated the tough Frenchman via unanimous decision in the main event of ONE: COLLISION COURSE II, a previously recorded show that aired on Friday, 25 December. 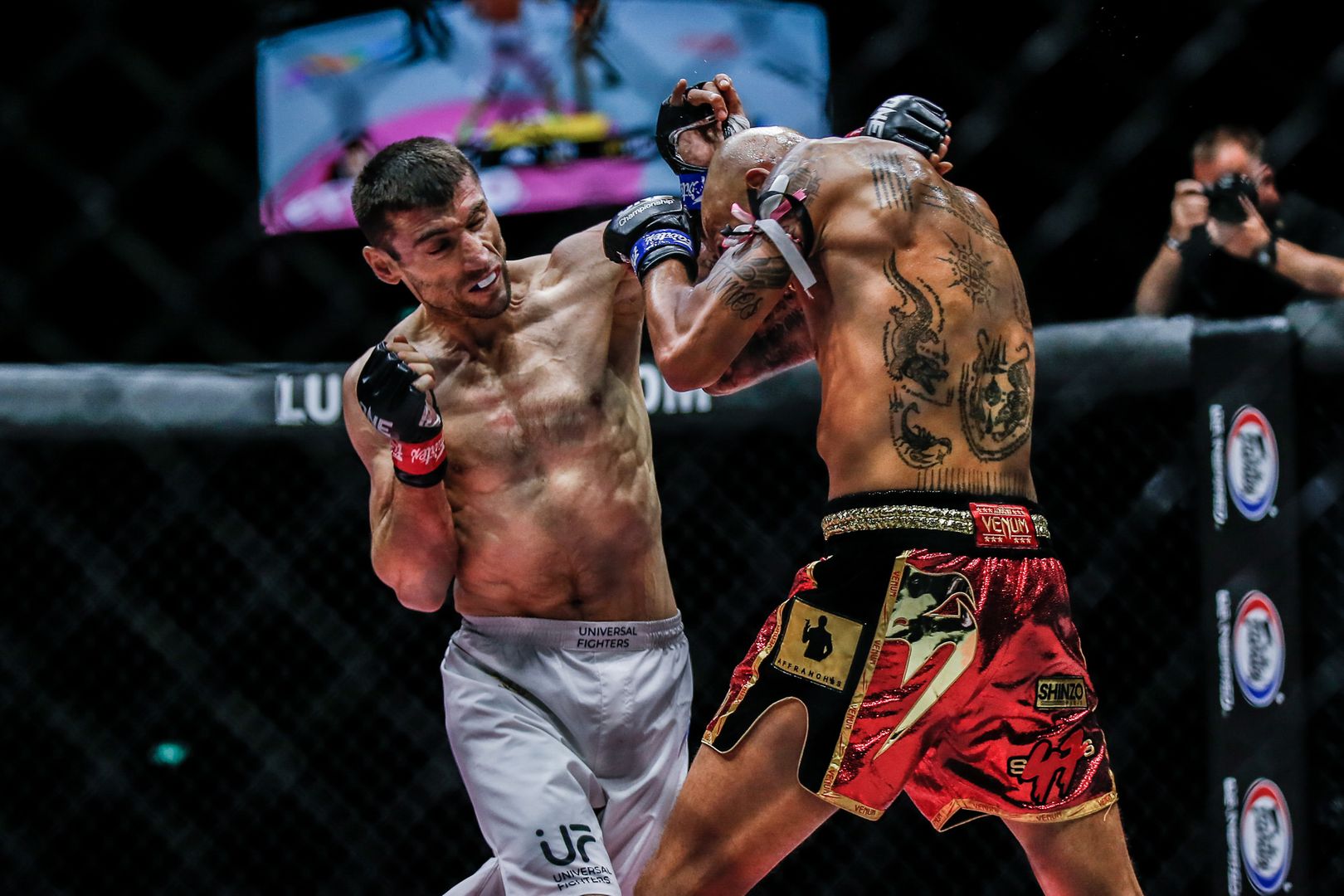 Sana had promised to boss Yusupov around in their battle, and he did just that in the first round, as he sent his right leg into the arms and body of the Russian. But “Kherow” picked up on his rival’s tactics and knocked him off his feet with a cut kick.

The Parisian soon started to mix up his attacks, making a Muay Thai fight out of the contest with his knees and elbows inside the clinch. But on the outside, Yusupov found a home for his straight left, and one of them snuck through Sana’s guard, stung his chin, and buckled his knees. 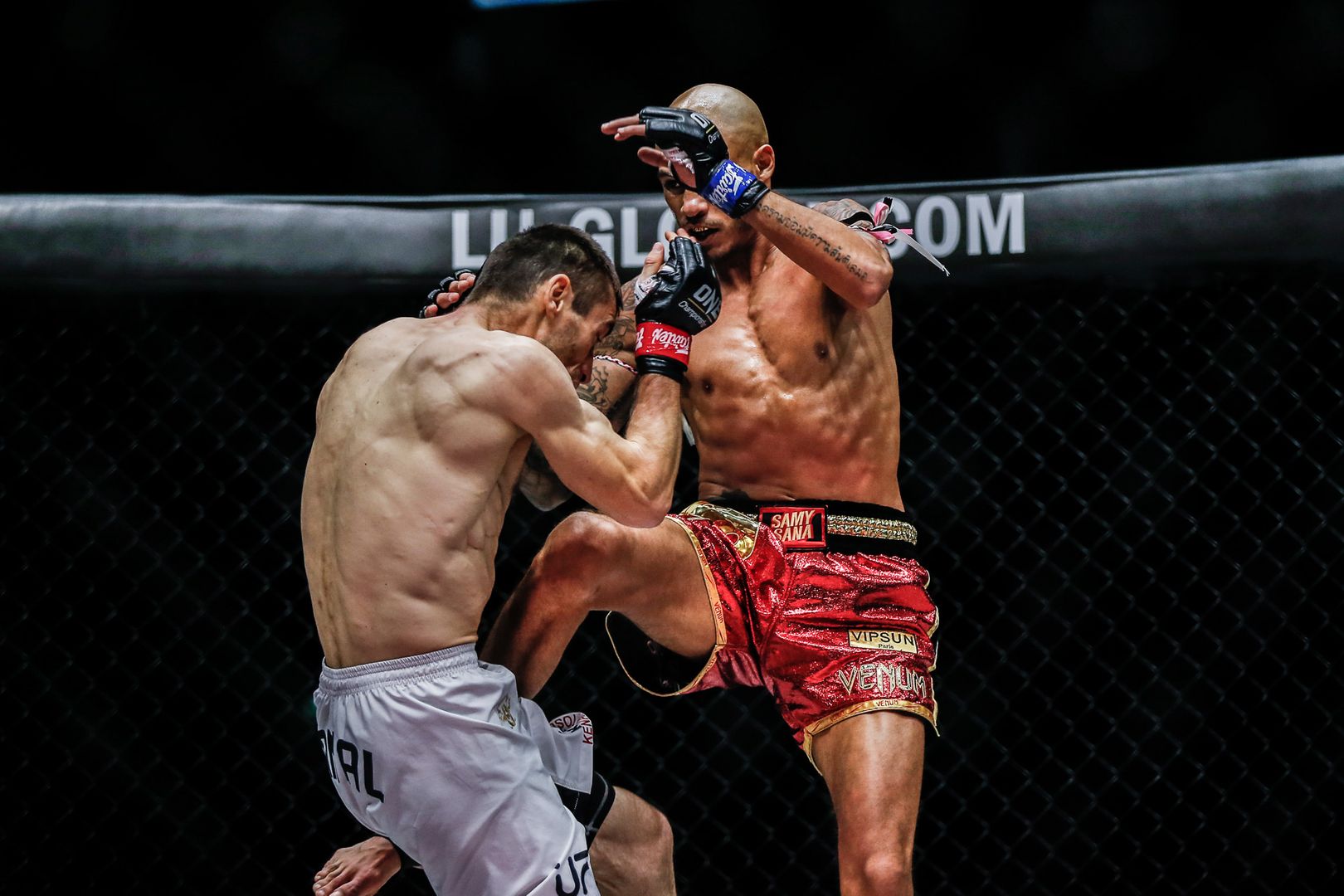 In round two, Yusupov picked up where he left off, firing straight lefts at Sana’s head. Some missed their mark, and some found their mark, but each of the hurling hammers sent a clear message to Sana that his opponent was trying to use him as a nail.

Though “AK47” retaliated with right hands, “Kherow” evaded one and showed the Parisian that he was the boss by connecting with a powerful right jab-straight left combo. With that, Sana found himself staring at the lights above the Circle as referee Olivier Coste administered a mandatory eight-count.

The Parisian made it back to his feet, but before Yusupov could finish the job, the bell rang to end the second frame. 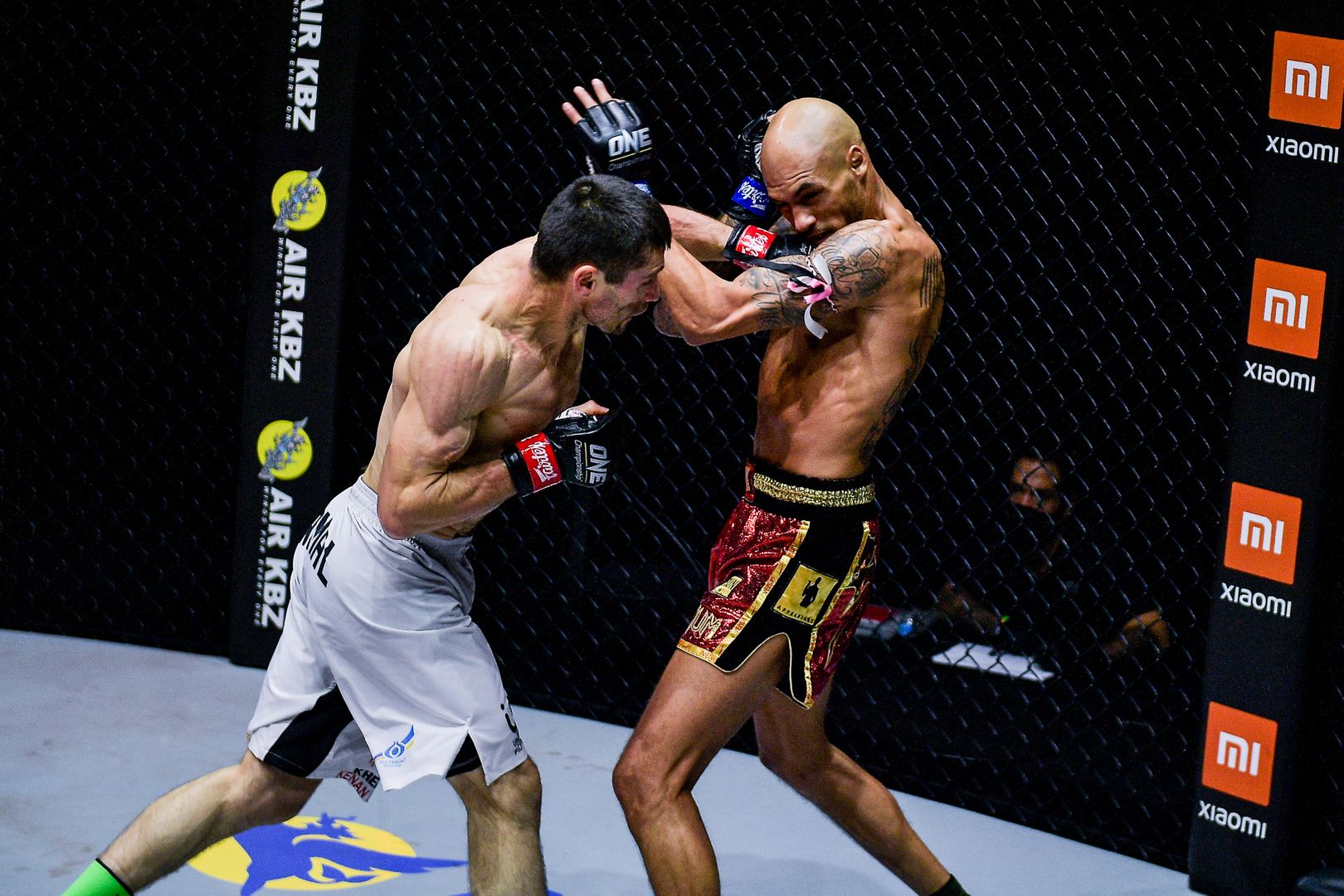 The bell may have saved Sana at the end of round two, but the man from France knew he needed to save himself in the third and final stanza.

When that final stanza began, Yusupov tried to unwrap an early Christmas gift with scorching right hands. Sana, however, kept his chin tucked and marched into the fray, throwing long knees into the Russian’s stomach.

With 90 seconds left in the match, both men swung frantically but missed their targets. When they resorted to kicks, Sana snubbed Yusupov with an unintentional low blow, and “Kherow” was given a break. 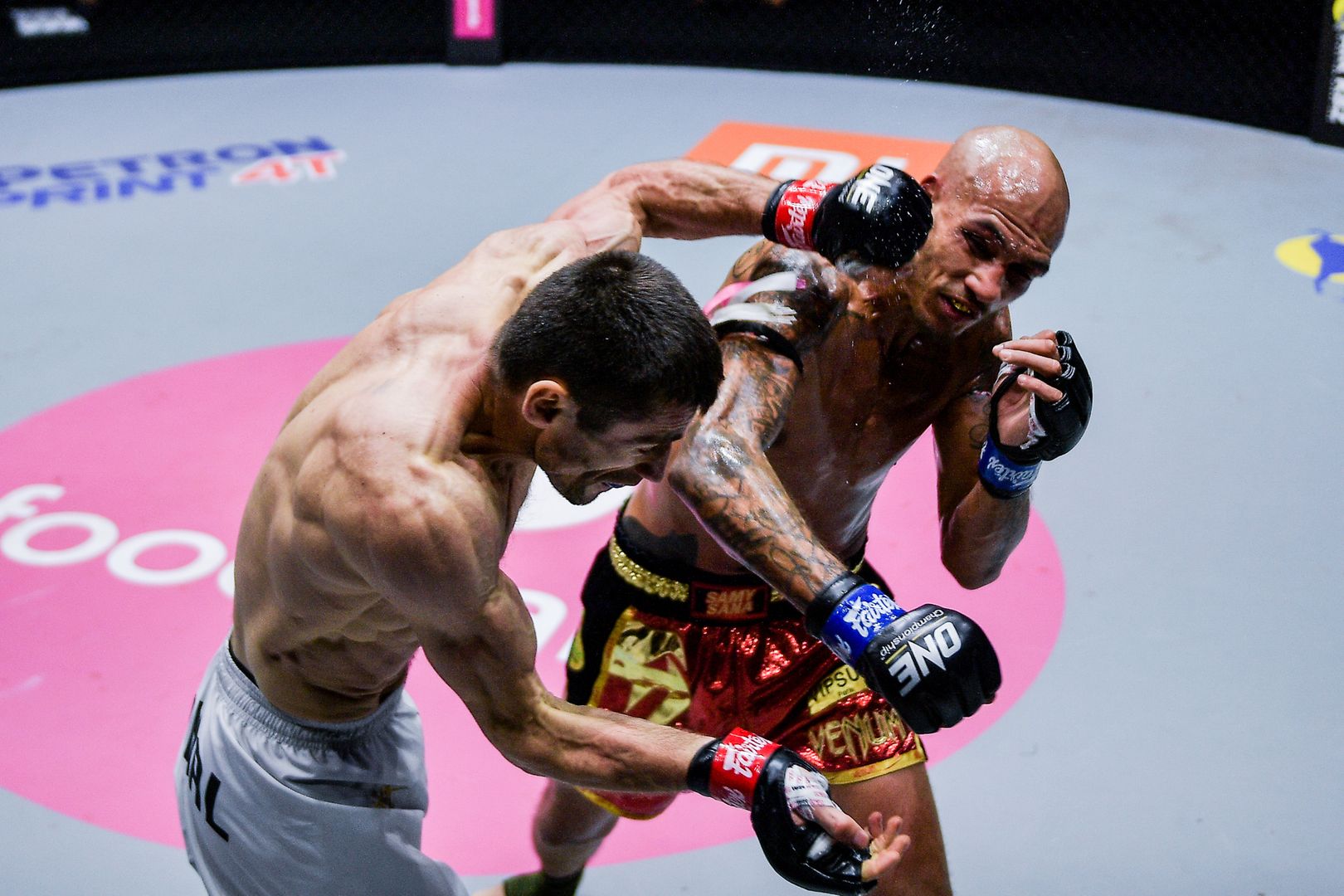 The action resumed, and Sana sent an overhand right into Yusupov’s jaw, which backed the Russian up. But “Kherow” looked to counter, as he pumped out right jabs and straight lefts that Sana absorbed with his forearms.

With 15 seconds remaining, Yusupov unleashed a final barrage of punches, but Sana deftly clinched and swept his rival to the canvas.

“Kherow” hopped back to his feet and had just enough time to unload the weapon that had constantly delivered for him throughout the fight – a blazing left hand. 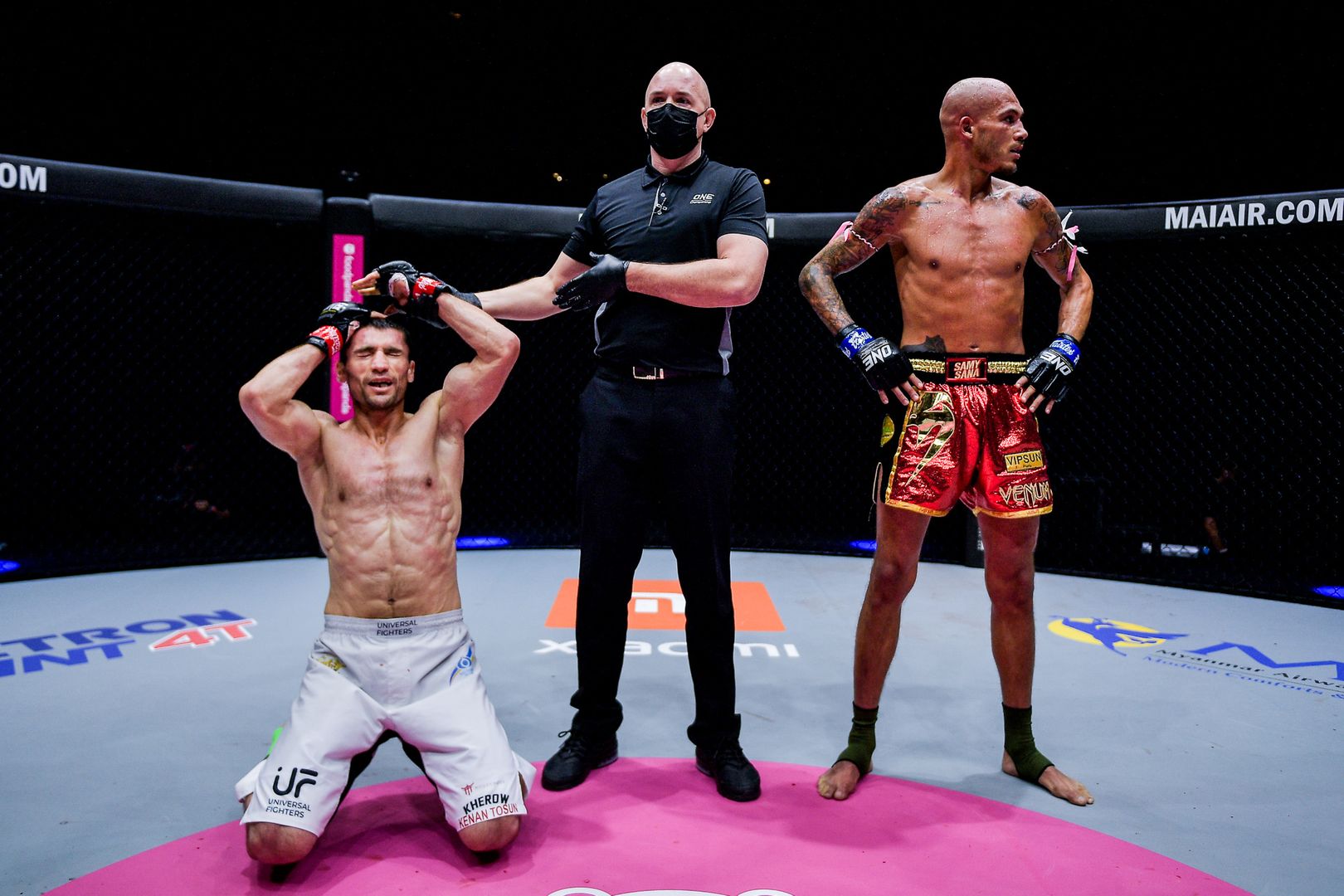 The Russian moved his record to 53-9, got his second consecutive victory in ONE Super Series, and may have earned the right to challenge ONE Featherweight Muay Thai World Champion Petchmorakot Petchyindee Academy in 2021.