Samy “AK47” Sana came achingly close to winning the biggest accolade of his career in the final of the ONE Featherweight Kickboxing World Grand Prix last year, and now he wants to get back on track for ONE Super Series gold.

The French-Algerian star will face off against Jamal “Kherow” Yusupov in a featherweight Muay Thai contest at the previously recorded ONE: COLLISION COURSE II on Friday, 25 December, knowing that a victory would put him in a prime spot for a shot at the ONE Featherweight Muay Thai World Title.

Sana defeated “The Boxing Computer” Yodsanklai IWE Fairtex and Dzhabar “Genghis Khan” Askerov to reach the final of the illustrious tournament last year, and with the US$1 million on the line, he lost by decision to all-time great, Giorgio “The Doctor” Petrosyan.

However, the defeat has only served to motivate Sana even more to earn the belt — and redemption — in ONE’s Muay Thai and kickboxing ranks.

“Of course, I’ve been disappointed by my loss because I’m not used to losing. Losing is very tough for me. But Giorgio and I are in the same rankings, so there will definitely be a time to take my revenge,” he reveals.

“It is definitely my goal to get the ONE Championship belt. I’ll do anything, and I’ll get to it in Muay Thai, kickboxing, and maybe in the higher weight class.

“In my next bout, I’ll prove that I am a top contender who is tough to beat, and I want to show that I am the real champion of my weight class.” 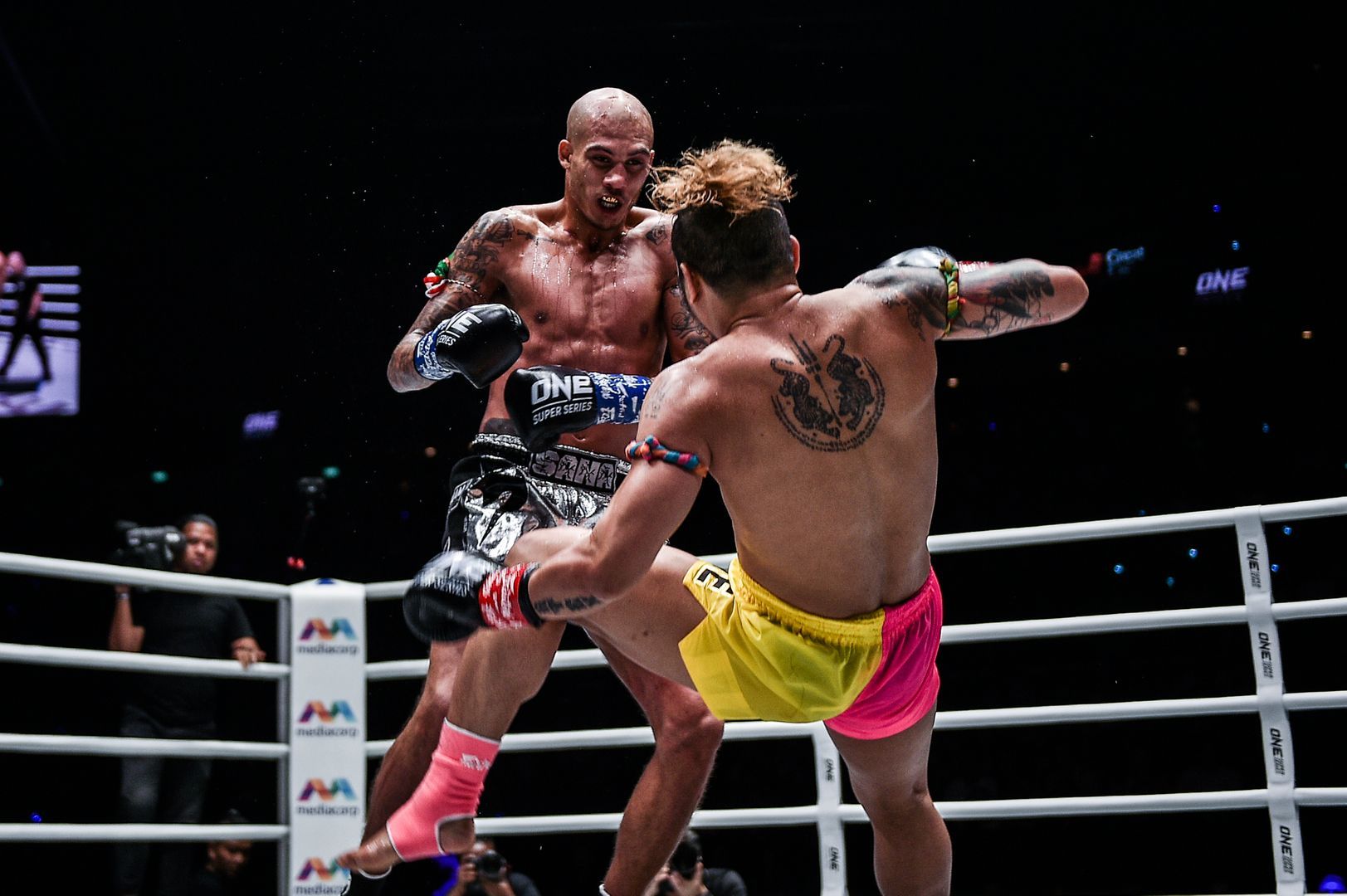 Sana’s next assignment against Yusupov would certainly offer a route to the top of the rankings. The French-Algerian — who is the #4-ranked featherweight contender in both the kickboxing and Muay Thai divisions — would get the chance to leap up the ladder if he can defeat #2 “Kherow” at the Singapore Indoor Stadium.

Both men beat the legendary Yodsanklai last year, but Yusupov’s KO of the Thai hero put him firmly on the map after he stepped up on late notice for the bout at ONE: AGE OF DRAGONS in November.

He was due to face reigning ONE Featherweight Muay Thai World Champion Petchmorakot Petchyindee Academy for the inaugural title in February. “Kherow” missed that chance when he was sidelined with an injury, but now both Yusupov and Sana could stake their claim with a win in their upcoming battle.

“This is a really important bout that I’m taking extremely seriously, especially [if there is a chance to compete] for the ONE Championship belt,” Sana says.

Yusupov’s career-best win over Yodsanklai showcased how dangerous he is to the world, and put him among the world’s best strikers.

Sana respects the Russian’s skills, and expects a tough battle, but he does see a route to victory.

“He beat Yodsanklai after I’d beaten him. I think Yodsanklai was still in mental shock after my bout, so it was easier for him, but I’ll show that I’m the boss,” the French-Algerian continues.

“There is not a lot of footage of him available, but I’m analyzing his Yodsanklai bout. He seems to be a good striker, but I’m also really powerful. He has a good boxing technique and he comes from K-1, so I’ll only have to care about his fists.” 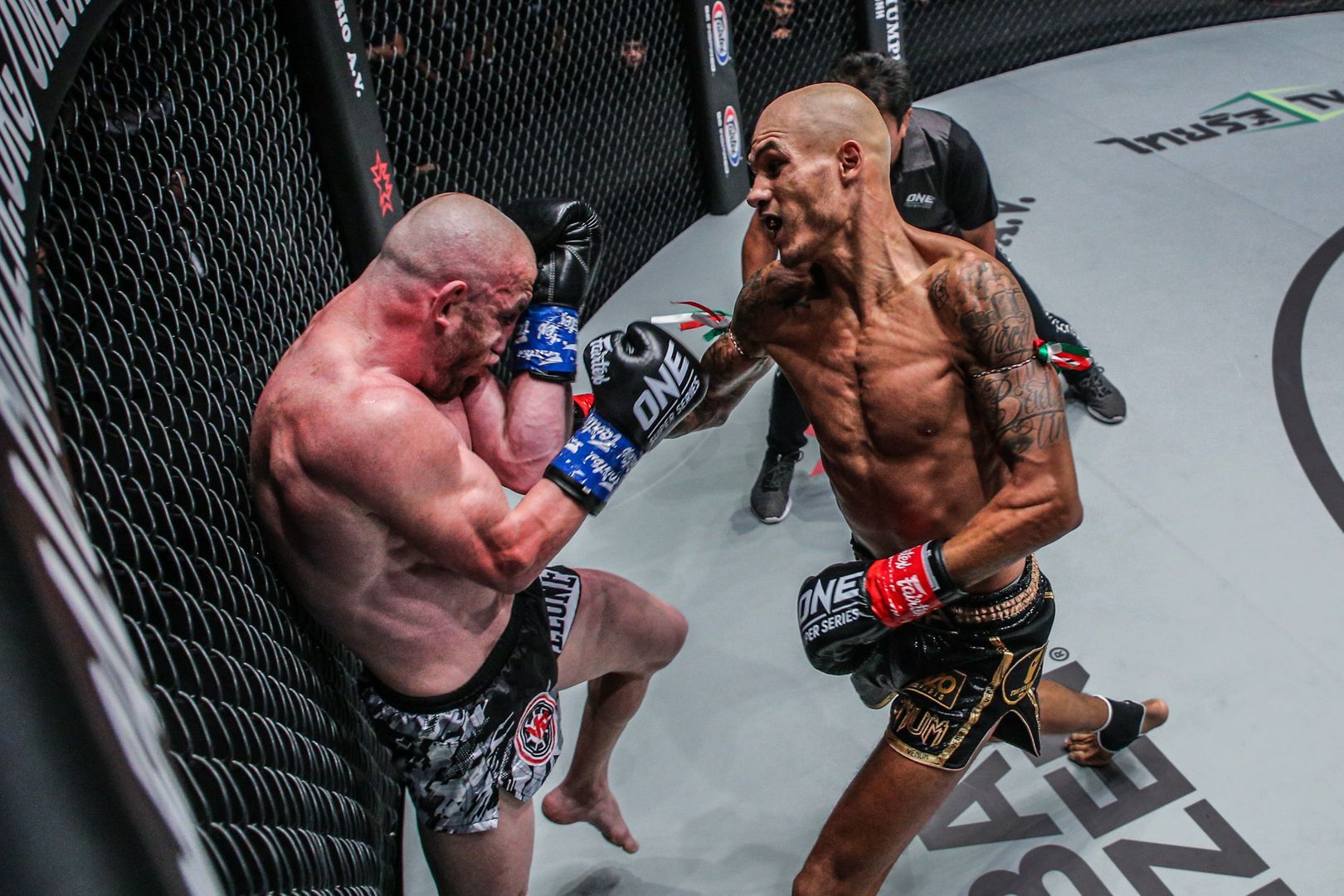 More than worry about his rival’s offense, however, the two-time Kickboxing and Muay Thai World Champion is confident that it is the Russian who should have to be on guard.

Sana is always explosive and his massive frame for the weight means he brings a lot of assets to the Circle. He plans to stay true to his Muay Thai roots and look for an emphatic finish to cement his spot as a World Title contender in the near future.

“He has to fear everything because I’m strong, tall, and powerful. I’m a pure nak muay, so it’ll be tough for him. We are going to put on a good fight,” he asserts.

“As with every fight, I’ll need to give my best at 200 percent to finish the opponent and to show I’m the best.”