Senzo Ikeda and “The Little Monster” Liang Hui waged war in one of the finest mixed martial arts battles of 2020 at ONE: COLLISION COURSE II.

Ikeda took home the victory after a frenetic three-round contest, but the Chinese newcomer showed he belongs in the top tier during the previously recorded fight that aired from the Singapore Indoor Stadium on Christmas Day. After a tentative opening minute to their 60-kilogram catch weight bout, the first round exploded into action. Liang charged at his Japanese rival with looping punches to try to close the distance. He landed with some clubbing overhand rights and left hooks that allowed him to set up his takedowns.

However, the Paraestra Matsudo representative could not be controlled. Every time he was grounded, he scrambled back up and fired hard knees to his foe’s body, while “The Little Monster” was content to blast away with his dirty boxing techniques inside the clinch.

Liang continued to charge forward behind his punches and succeeded in getting the contest to the canvas, but every time Ikeda got back up, he made the Chinese athlete pay with thudding uppercuts and knees. There was no respite in the second round as the frantic battle resumed. The Japanese Mixed Martial Arts Champion made better use of his jab to keep the shorter man at bay, but Liang still plowed forward with haymakers.

“The Little Monster” took Ikeda down again with his double-leg shots, but he could not keep him on the mat. As the 38-year-old Sendai native worked up, he fired back with elbows and hammerfists that added to his own tally.

Ikeda’s best chance for a finish came when he took the Chinese Freestyle Wrestling Champion’s back off a failed shot. The Japanese fighter rained down punches and elbows, and he even secured a body-triangle. However, his rival never accepted the bad positions and ultimately escaped toward the end of the frame. The momentum had turned in Ikeda’s favor in the latter half of round two, and he kept up his pressure with crisp jabs and right hands at the start of the final stanza. By then, Liang’s looping punches had become predictable for the former professional boxer, who evaded them and countered well.

Despite being visibly tired, the Chinese athlete continued to look for takedown after takedown – even when the only rewards for his efforts were more stand-ups, knees, and hammerfists.

Ikeda briefly threatened with an anaconda choke and then battered “The Little Monster” with knees against the Circle Wall, but the Sunkin International Fight Club product would not quit and had his final say when he secured a late takedown. 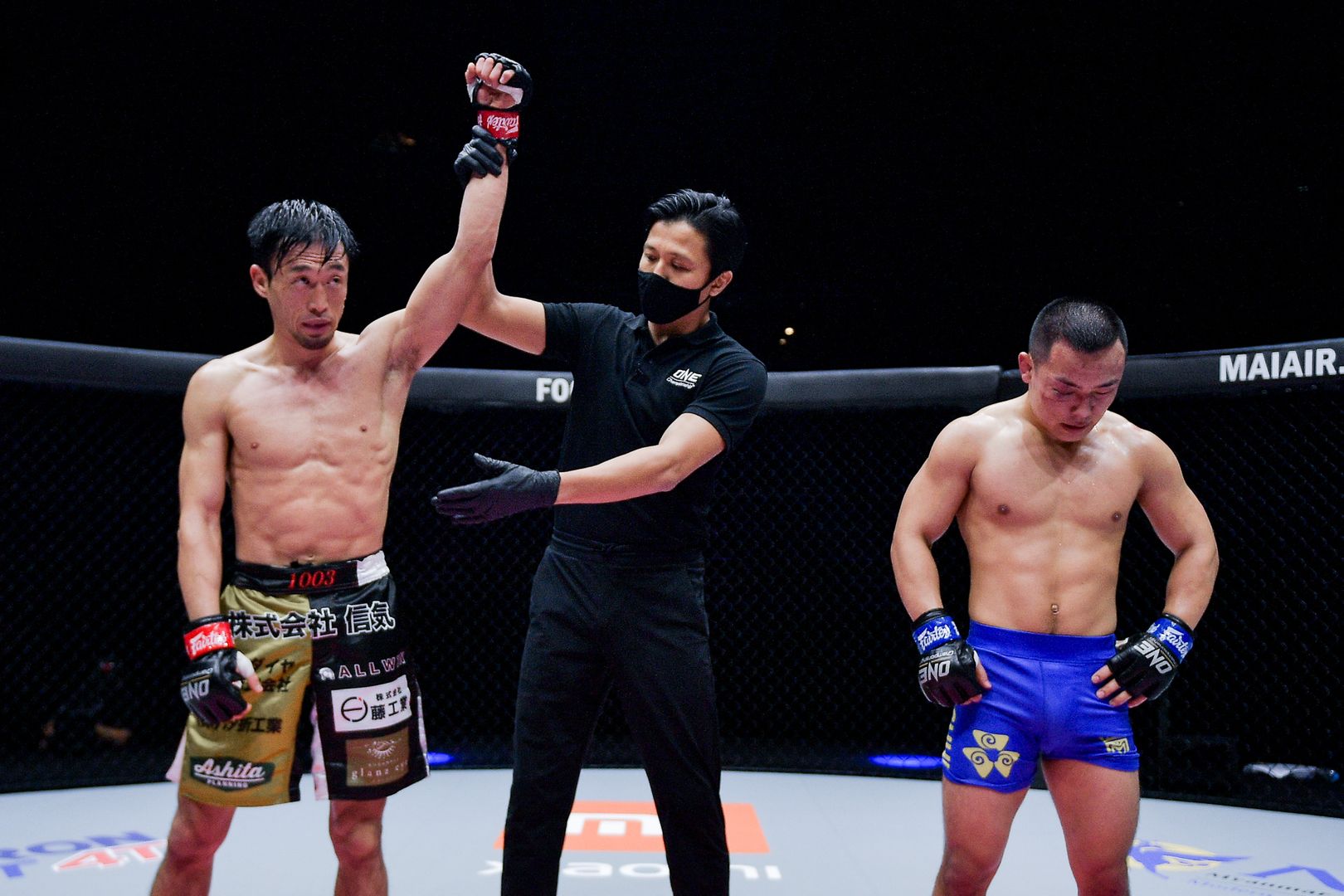 Ultimately, though, Liang’s heart was not enough. Ikeda took the unanimous decision from the judges to earn his first victory on the global stage in yet another thrilling contest from the all-action Japanese star.