“Crazy Dog” Dae Sung Park met his match in Singaporean knockout artist Amir Khan at ONE: COLLISION COURSE II, but the South Korean ultimately escaped with the victory by the slimmest of margins on Christmas Day.

In the end, Park’s grappling ability impressed the judges enough to earn him the split decision in this lightweight mixed martial arts contest at the previously recorded event from the Singapore Indoor Stadium. 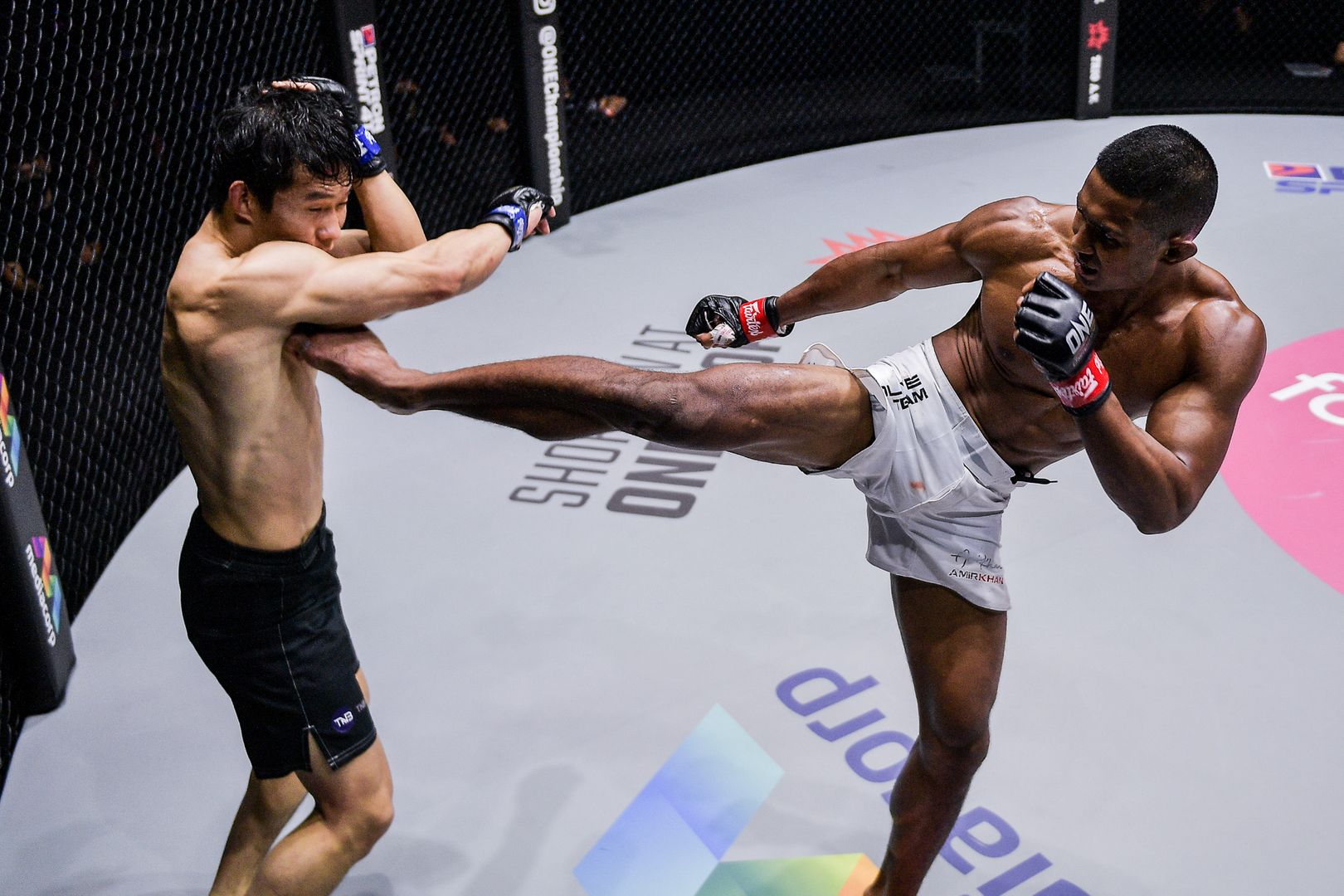 Khan was the aggressor at the start of the opening round. He stalked his South Korean rival and found a home for both his jab and stepping right hand. The Evolve star also peppered Park with his right kick, but that led to an opportunistic takedown for “Crazy Dog” when he caught his opponent’s leg and barreled him to the mat.

The Singaporean managed to get back up from the first takedown, but Park immediately tripped him again, passed his guard, and controlled him from the north-south position. The Seoul native looked for some knees to the head, though he was unable to score much damage before Khan scrambled up once more to resume his striking attack. 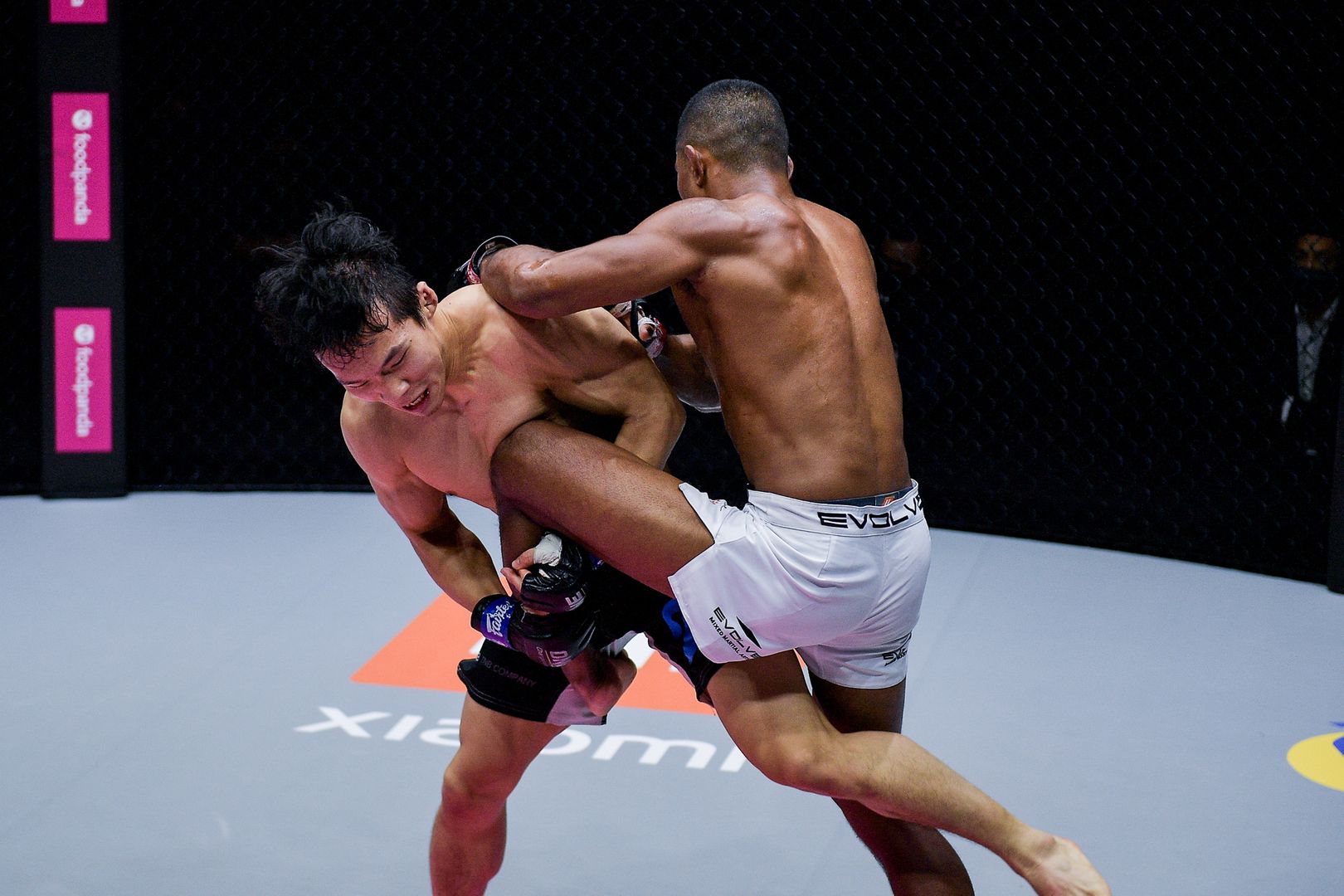 In round two, Khan went on the front foot once again. He popped out his jab and right kick on the backtracking “Crazy Dog,” and he tried to attack the lead leg of the southpaw. Park did not mount much of a counter-attack until he ducked under a right hand and took the Singaporean to the canvas.

The South Korean chipped away with punches from inside the guard, while Khan did a good job of tying him up to limit the damage. Just as the Seoul native found an opening to pass, the Evolve representative sprung back up.

With time running out, the 26-year-old knockout artist pressed forward behind his jab, but he could not land much on his elusive foe. 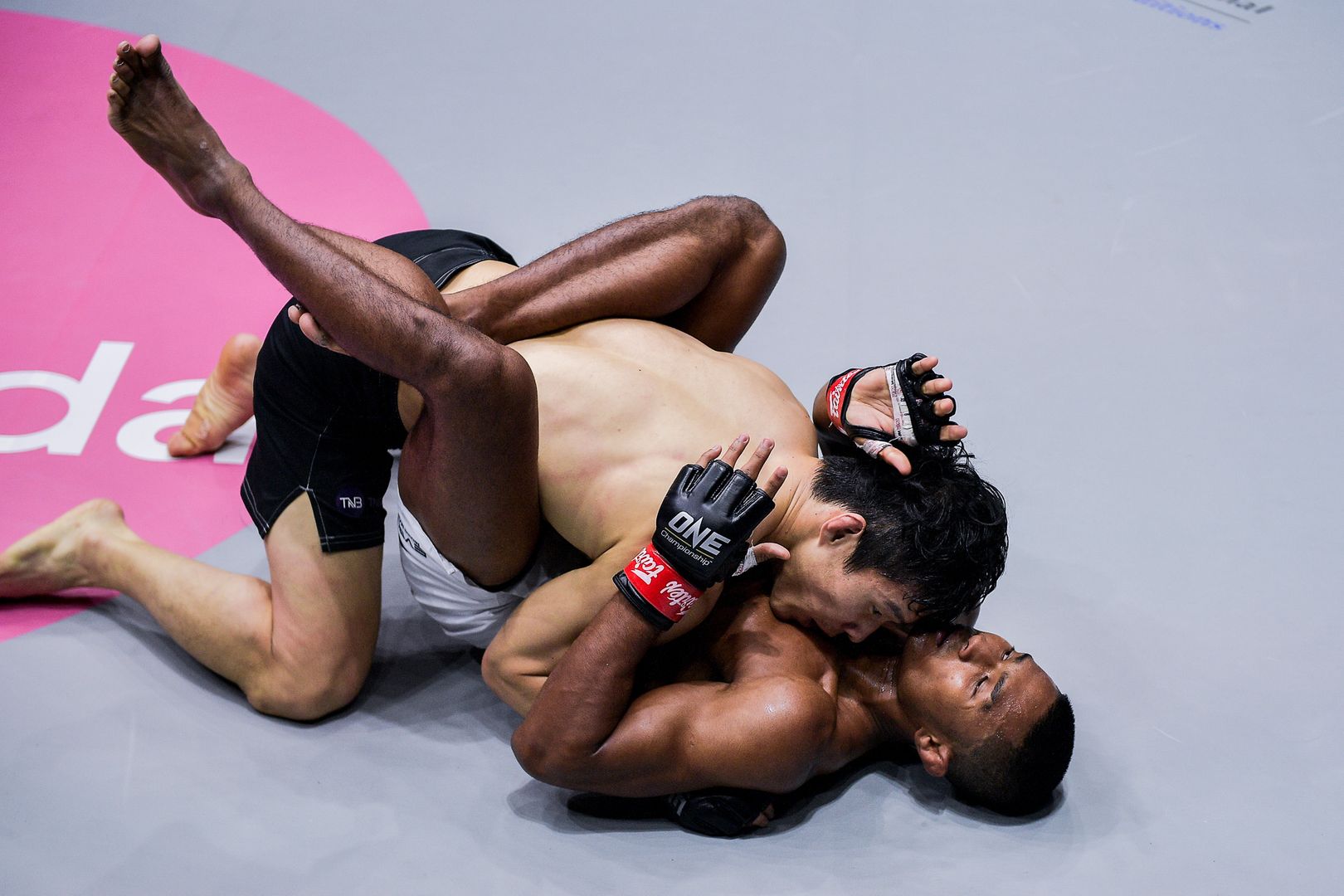 Khan’s tactics remained the same in round three. He stuck his jab in Park’s face and tried to land with his right kick to the body and head. “Crazy Dog” was not going to exchange in a firefight, however. Instead, he latched onto the first chance to hit a single-leg takedown off the Singaporean’s kick.

The hometown hero escaped to his feet without sustaining much damage, but “Crazy Dog” patiently waited for another kick to drag things back to the canvas.

Khan battled up again, but time was not on his side. The Singaporean landed a hard jab-cross in the dying seconds, and when the buzzer sounded, his fate was left in the hands of the judges. 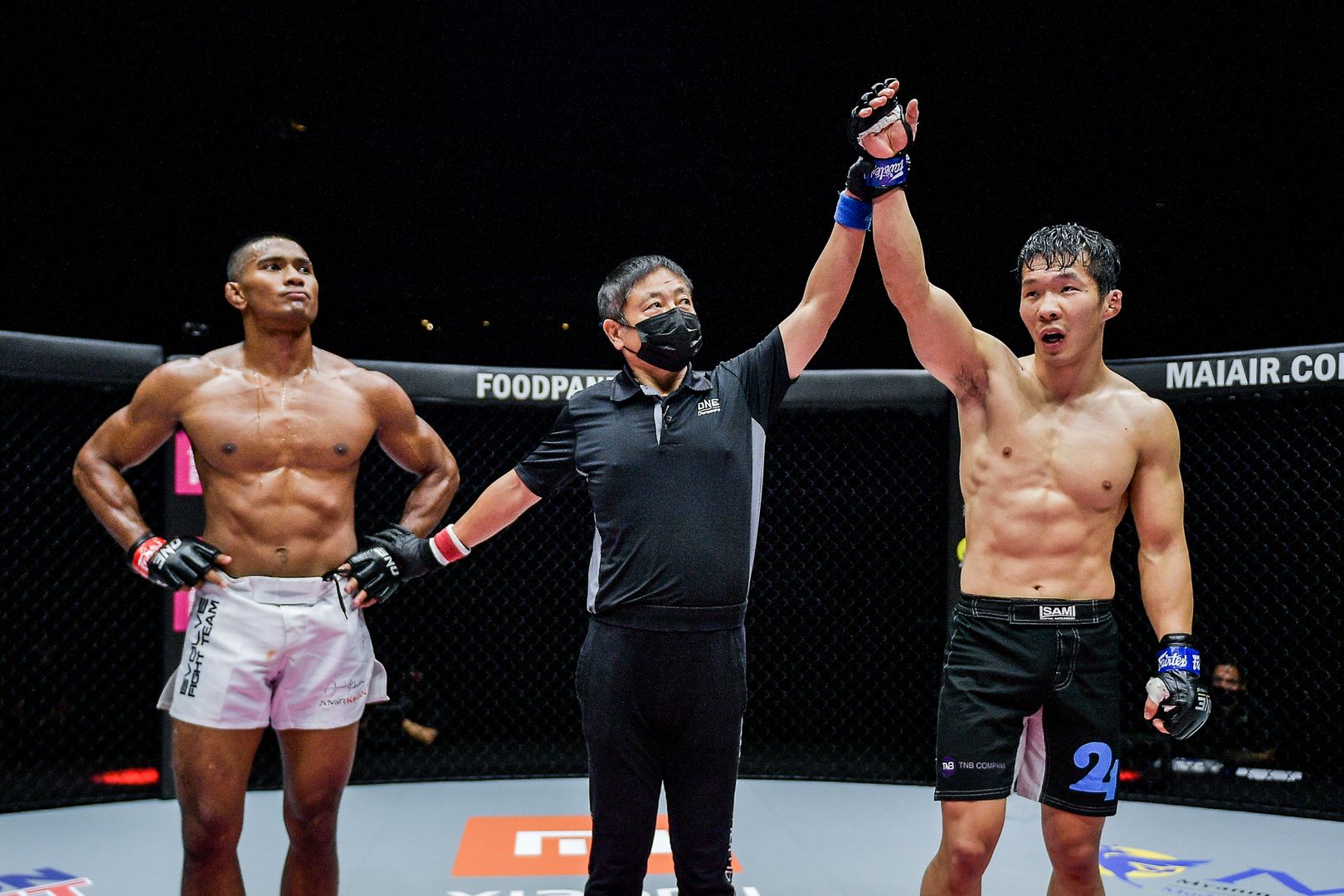 Two of them sided with the South Korean, as “Crazy Dog” pushed his career record to 11-2 (1 NC) and extended his ONE slate to 4-0.