Momotaro planned for a three-round banger with Walter Goncalves on Christmas, but he left the Circle quicker than he had originally anticipated.

The 30-year-old Japanese star earned a second-round TKO win over Goncalves in their ONE Super Series Muay Thai flyweight battle at the previously recorded ONE: COLLISION COURSE II on Friday, 25 December. 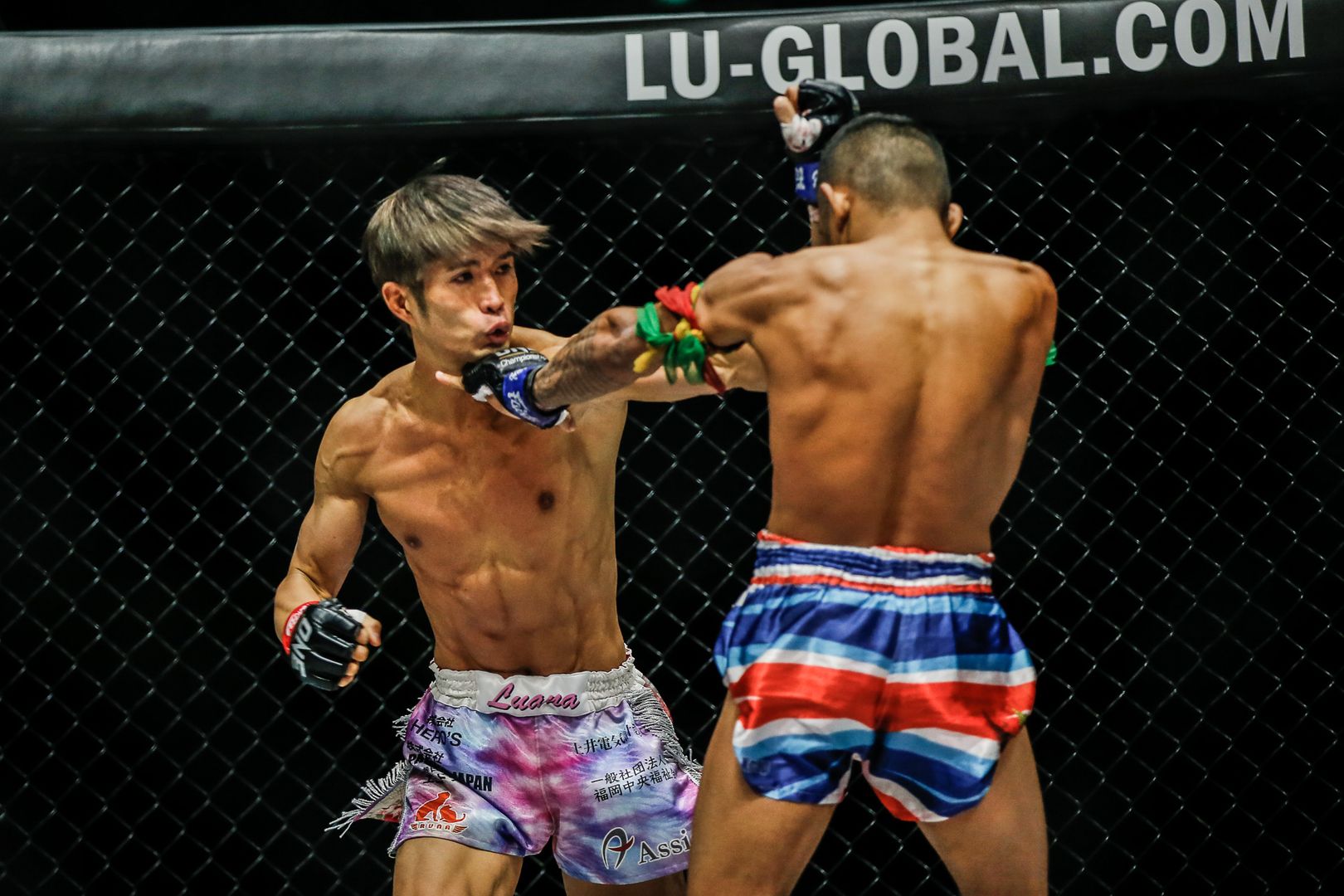 The action began in the first round with both athletes feinting jabs and throwing kicks. After a right body kick from Goncalves grazed Momotaro’s torso, the men engaged in the clinch, where the Brazilian landed a stinging right knee and just missed with a wild left hand.

Once the fighters separated, Goncalves stalked his Japanese rival around the Circle, launching right hands and right kicks. Momotaro, however, snatched one of those kicks out of midair and sent his foe twirling to the ground.

Momotaro tried attacking with his own kicks, but the bouncy Brazilian swiftly evaded and successfully countered. Two low kicks from Goncalves deflated the Japanese athlete’s own bounce before the competitors reset in the center of the Circle. 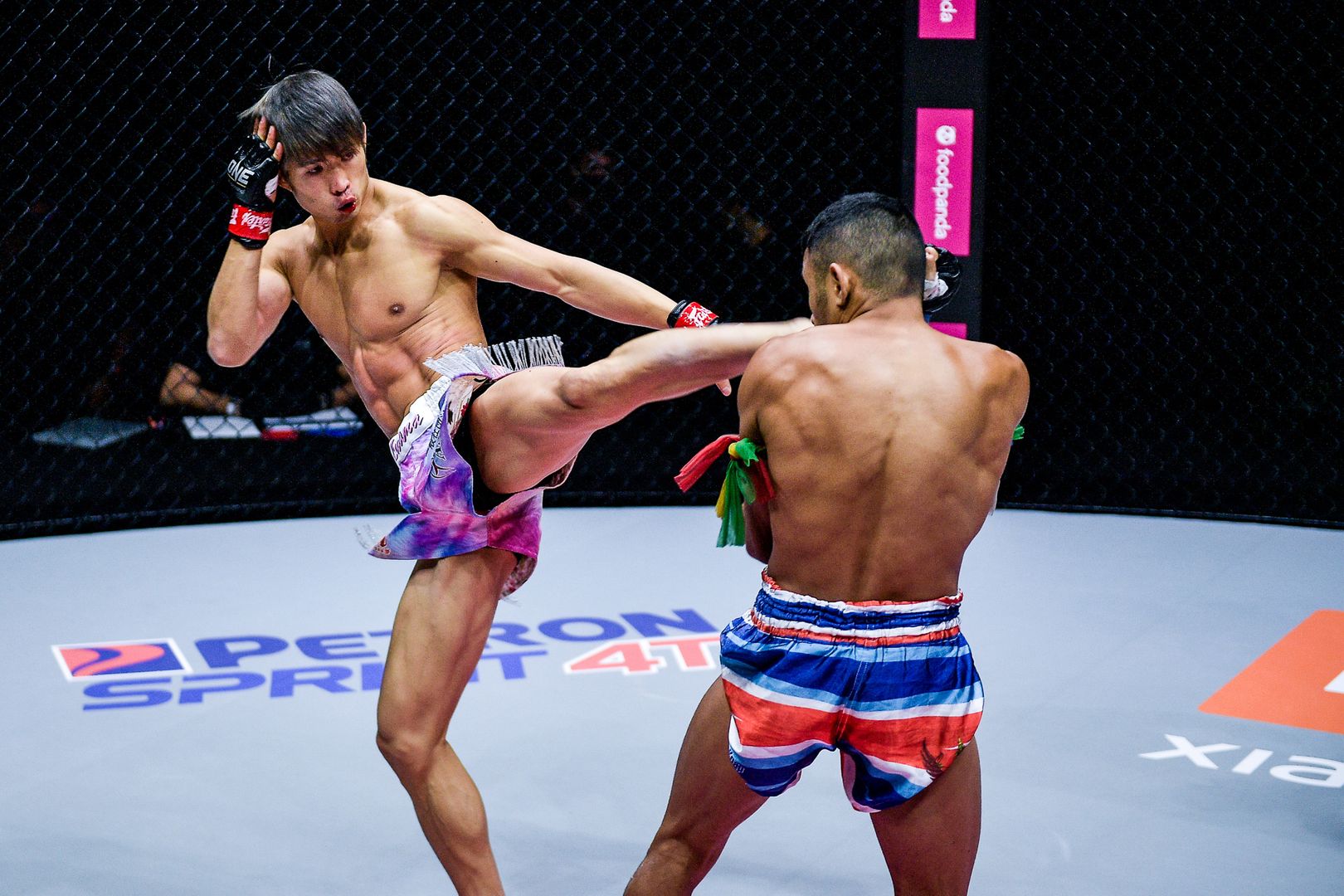 As the final minute of the opening stanza faded, it appeared that Goncalves was already creating a strong lead on the scorecards. He shot straight rights through Momotaro’s guard and clipped the tip of his nose with a high kick.

The man from Japan began to wear the damage on his face and tried to retaliate with a quick flurry of hands to end the round.

Going into the second canto, Goncalves’ confidence beamed, and he immediately went back to attacking with high kicks. Momotaro countered with a fluid right hand, but the Brazilian dropped to the canvas before it connected and the Japanese athlete only found air. 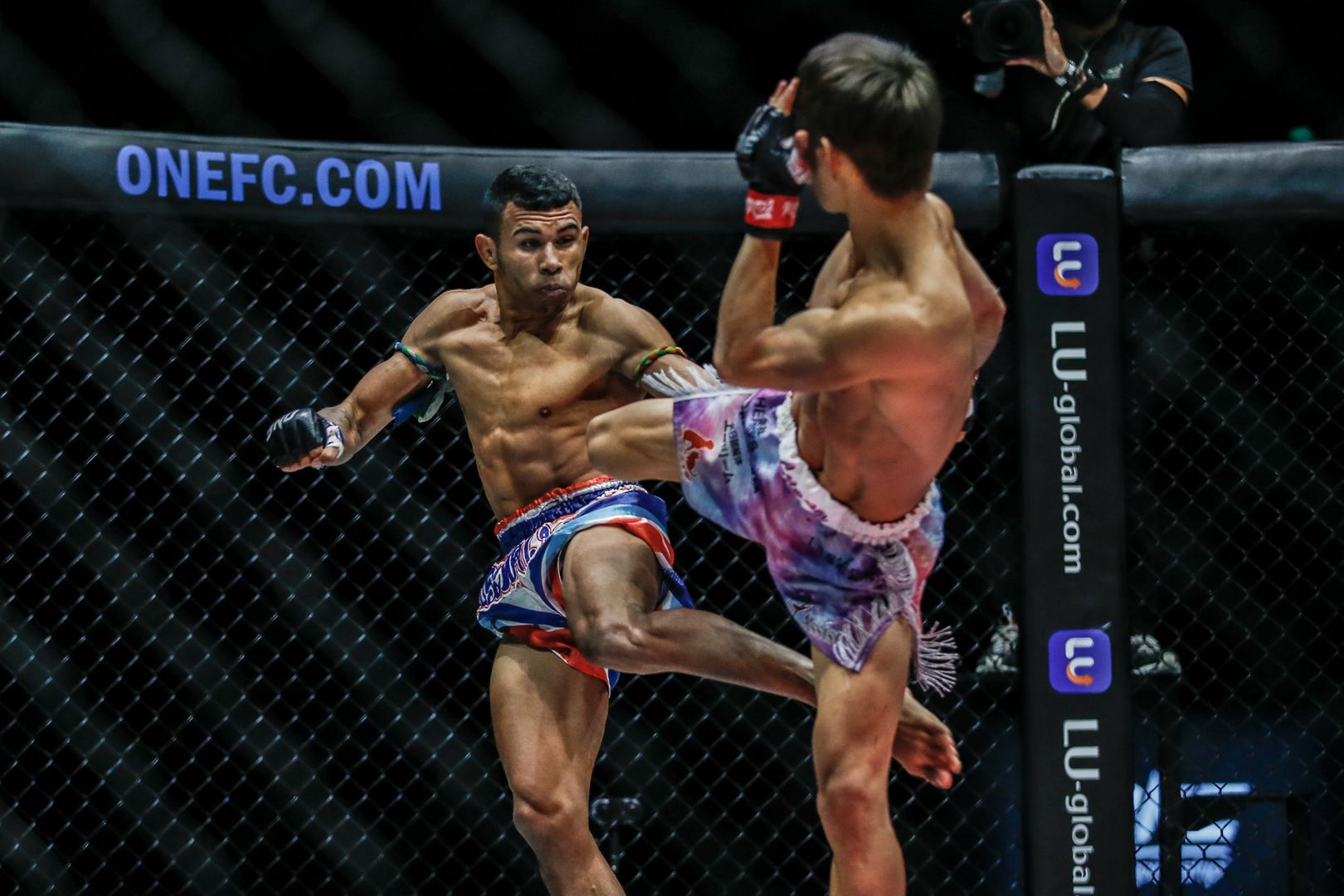 Just when the action was beginning to heat up, the Brazilian threw a left low kick at Momotaro, but he missed the mark and hurt his own leg in the process.

Goncalves could tell something was wrong with his leg, so he slowly backed away and waved his opponent off. The referee immediately stopped the fight just 30 seconds into round two, awarding the TKO win to Momotaro.

With the victory, the Oguni Gym athlete elevated his record to 30-11-1 and may have earned himself a shot at one of the top-ranked contenders in the flyweight division next year. 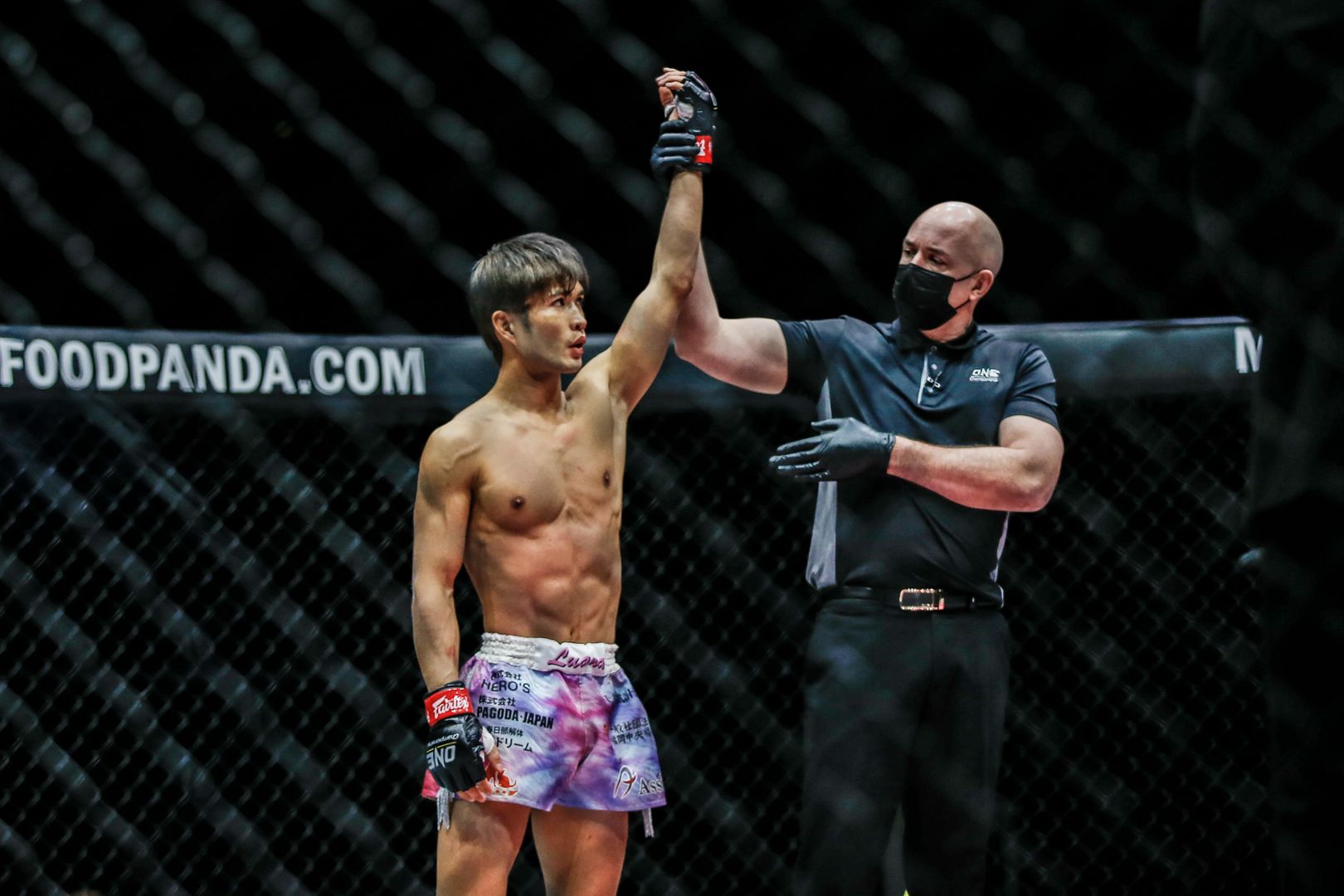