Former ONE Flyweight World Champion Kairat “The Kazakh” Akhmetov spent 21 months away from the ONE Championship Circle, but he showed no signs of rust in his return on Christmas Day.

Akhmetov last competed in March 2019, but he looked as healthy and deadly as ever in this one-sided contest against Kim. 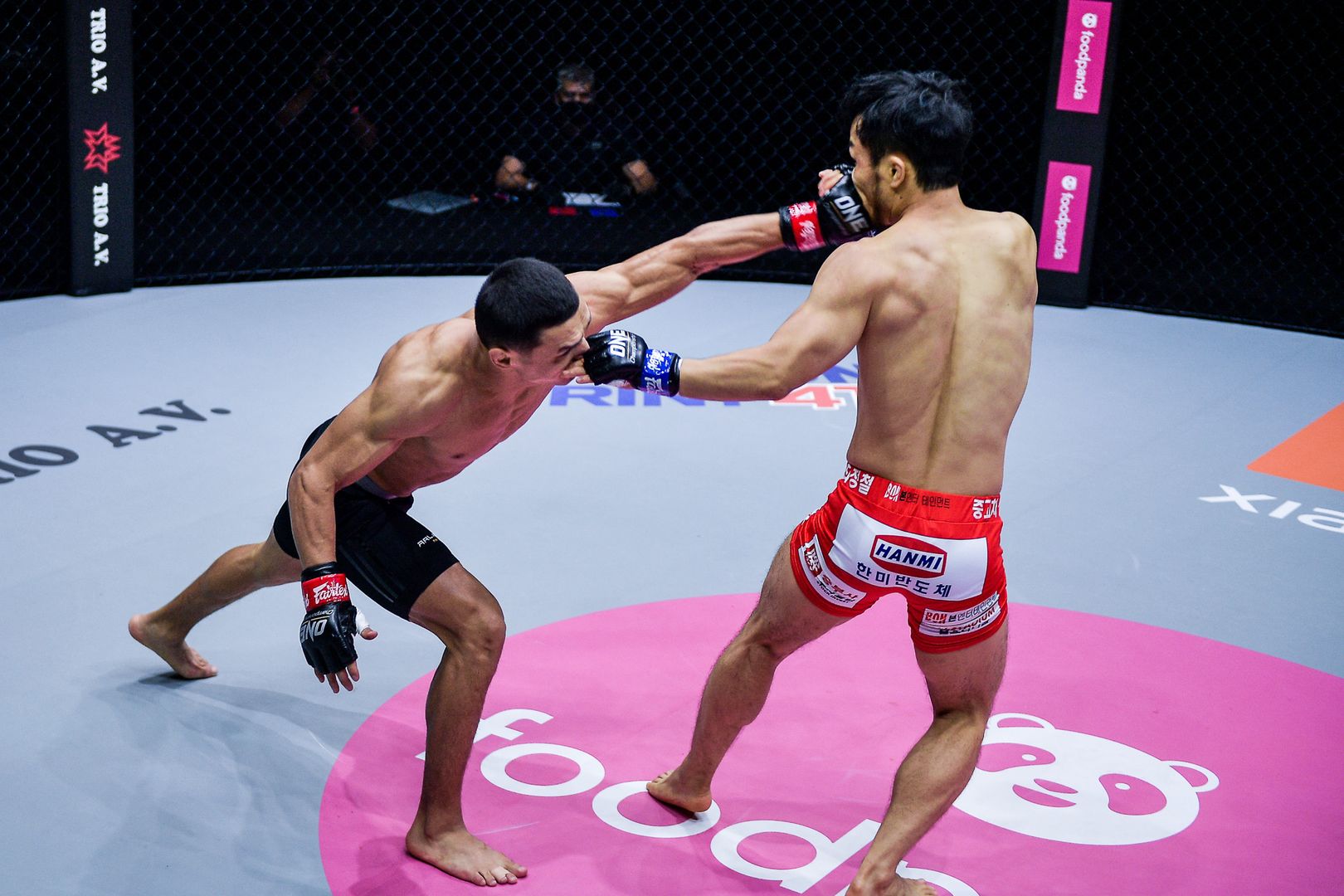 Much has been said about Akhmetov’s improved striking, and he showed it early in the match, using left straights from the southpaw position to keep the South Korean at bay.

In fact, that straight left hand gave Kim problems for the duration of the first round, as “The Kazakh” skillfully picked apart his opponent on the feet. “Ottogi” tried to make things interesting as he rushed Akhmetov with some combinations, but he only ate clean body shots for his troubles.

The opening stanza then ended with Akhmetov on top staring down at Kim, who’d been taken down in the final moments. 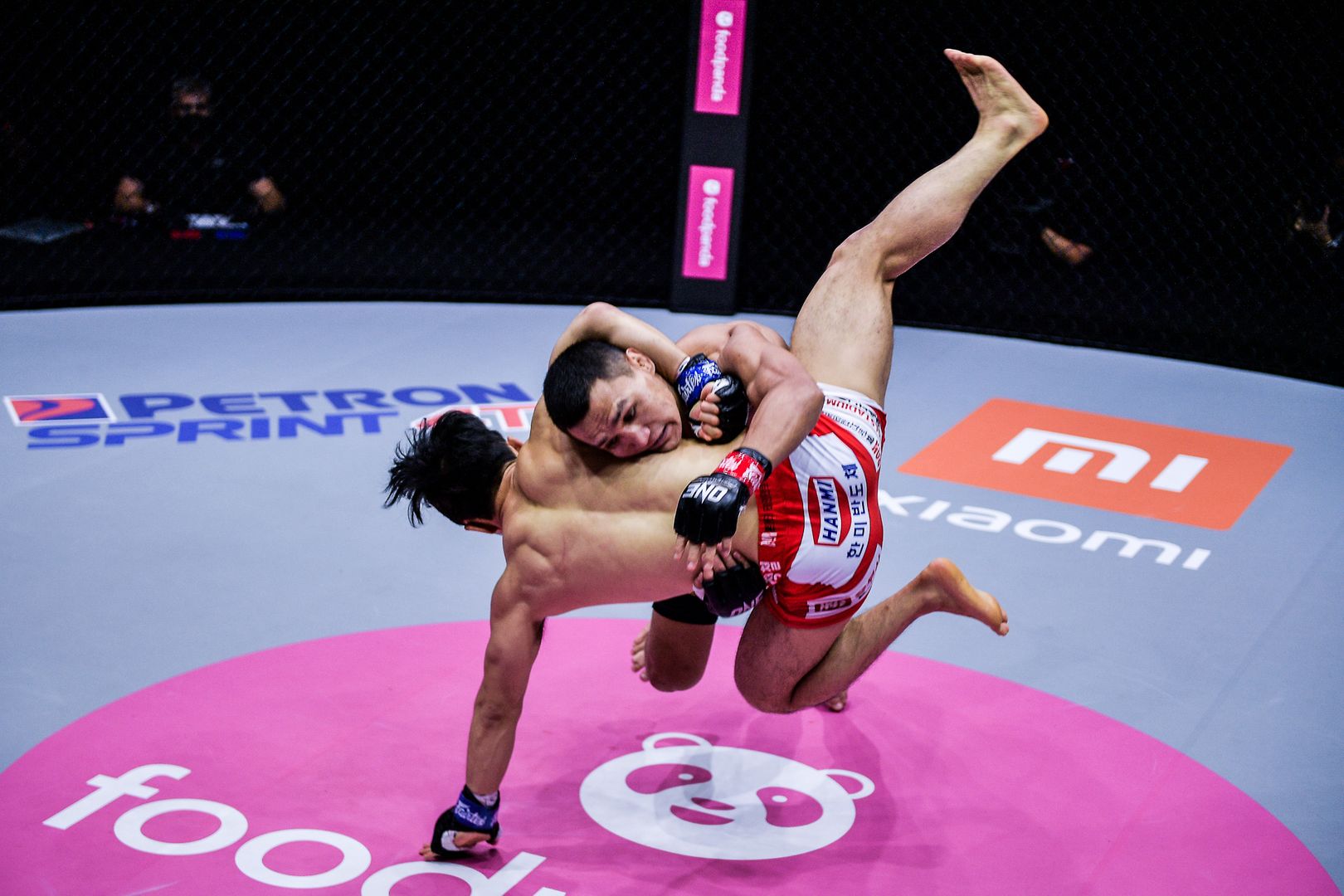 Kim looked a lot better to start the second frame, as he tried to engage Akhmetov in the middle of the Circle. But that quickly changed when “The Kazakh” connected on a huge head kick. Kim absorbed the shot well, though it opened a cut on his nose, which halted his momentum as the referee briefly stopped the contest.

“Ottogi” was still aggressive following the restart, but Akhmetov remained accurate with his punches. And adding to Kim’s woes, “The Kazakh” started incorporating leg kicks into his attacks to complement his left straight.

The South Korean moved forward and attacked the former flyweight king’s body with a knee, but he was taken down once again. The round ended the same way as the first – with Akhmetov staring down Kim on the ground. 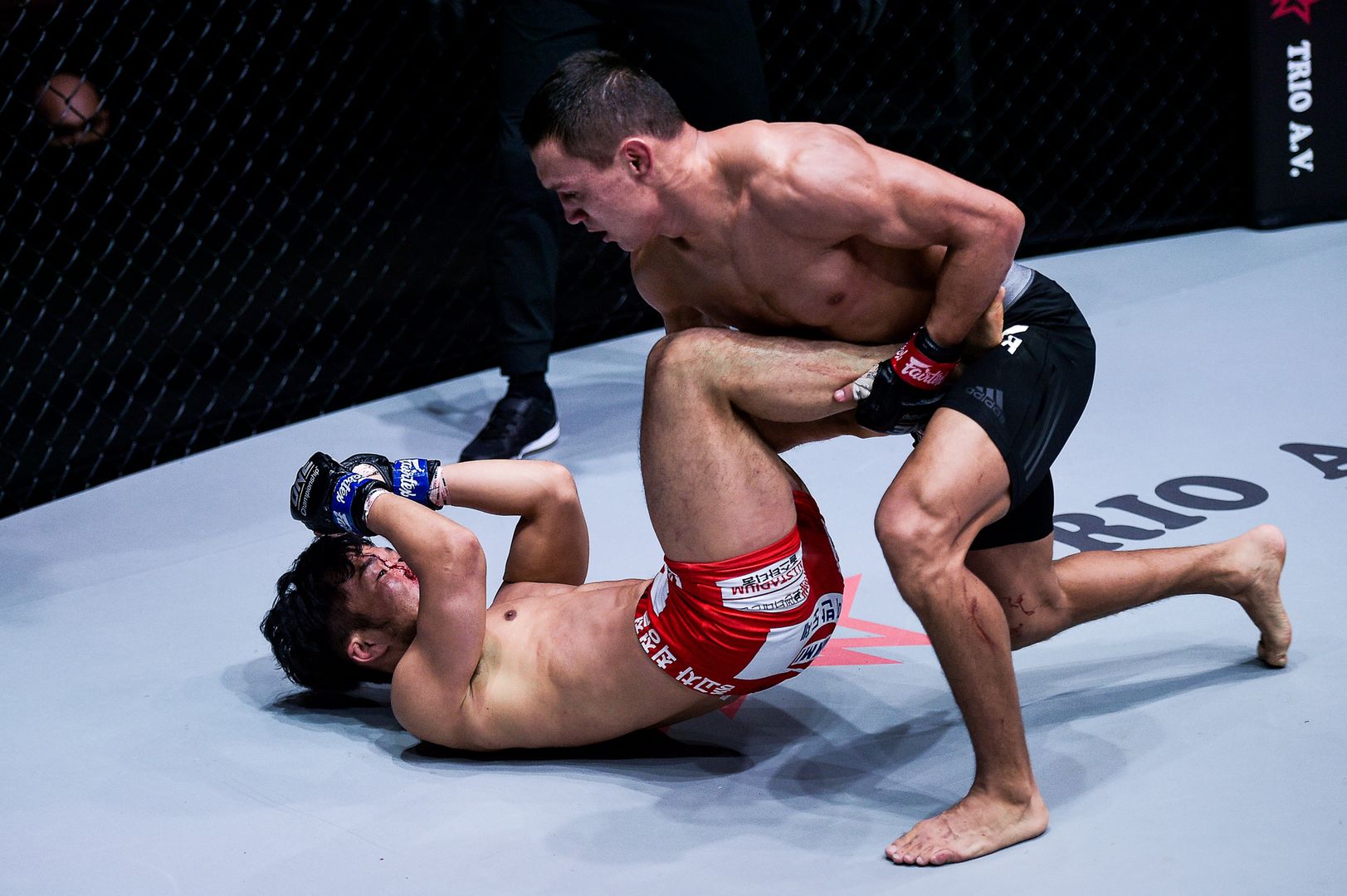 After a brief exchange to open the third stanza, Akhmetov changed gears as he ducked a punch and quickly went for the takedown. He moved to half-guard and started dropping short punches on Kim before the referee halted the bout to check on Kim’s cut once more.

As they restarted, Akhmetov turned up the aggression meter, landing big shots from the guard. But just when he was starting to create real damage, Kim – perhaps out of desperation – connected with an upkick that stopped the former flyweight king in his tracks.

Still, that effort was just too little, too late for Kim. “The Kazakh” stayed the course and continued to swarm his foe from the guard as the 15-minute bout drew to a close. After three grueling rounds, there were no questions about the result – Akhmetov was awarded the unanimous decision, improving his overall record to 27-2 with his third consecutive victory.