The stars of ONE Championship ended 2020 on a COLLISION COURSE, and later this month, a dozen of the world’s top strikers and grapplers will start the new year by trying to prove that they’re UNBREAKABLE.

On Friday, 22 January, The Home Of Martial Arts will bring fans the first event of 2021 – ONE: UNBREAKABLE – live from the Singapore Indoor Stadium.

Before the action kicks off, let’s relive five knockouts that defined the stars who will be competing at ONE’s first show of the year.

At ONE: DREAMS OF GOLD in August 2019, Ramazanov stepped into the Circle against Serbian-American Ognjen Topic in a bantamweight Muay Thai matchup between two athletes with opposing styles – Ramazanov’s aggression and Topic’s muay femeu.

In the end, the Russian’s relentless attacks earned him the first-round TKO win.

It all started when “Babyface Killer” dropped his foe with a straight right that countered an attempted sweep. Soon after, Ramazanov made contact with a left hook that scored another knockdown. Topic rose, but a piston of a right hand sent him down for the third and final time.

The TKO victory earned Ramazanov his shot at the inaugural ONE Bantamweight Kickboxing World Title, and he took full advantage by winning a five-round thriller over “Muay Thai Boy” Zhang Chenglong.

Now, he’s set to defend his strap for the first time against #2-ranked bantamweight kickboxer Capitan Petchyindee Academy in the main event of ONE: UNBREAKABLE.

Capitan warned striking fans that his punches were going to be quicker than those of Petchtanong Petchfergus, but even he did not imagine etching his name into the ONE Super Series record books.

The Thai met his compatriot in the co-main event of ONE: A NEW BREED III last September, and most fans expected a close contest in their home country of Thailand.

However, the Petchyindee Academy representative only needed six seconds to score the walk-off KO victory over the six-time Muay Thai and Kickboxing World Champion.

The knockout happened just after both men touched gloves and Petchtanong tossed a lazy jab at his rival. Capitan parried the punch and threw a jab-straight right combo that detached his countryman’s legs from his feet.

It’s unlikely that Capitan will be able to win that quickly against Ramazanov, but given the way that both kickboxers sling leather, one of them is sure to break before the time elapses.

Meng Bo may not have broken any records when she stepped into the Circle last November, but she did break her opponent’s spirit.

In fact, the Chinese athlete needed only 86 seconds to earn the finish and astonish fans across the world.

That first-round stoppage came just after Lumban Gaol threw a jab. Meng deflected the shot and immediately countered with a right hand that collapsed the Indonesian star. Then, she unloaded two more right hands to her downed opponent that all but sealed the deal.

At ONE: UNBREAKABLE, Meng will try to extend her win streak and secure her spot in the official rankings against Brazilian Mixed Martial Arts Champion Samara “Marituba” Santos.

Former welterweight king Zebaztian “The Bandit” Kadestam brought spectators to their feet with a surprise ending in his clash against an American grappling ace.

Kadestam met undefeated Tyler McGuire in the main event of ONE: WARRIOR’S DREAM in November 2018, and the fight turned into a back-and-forth thriller for the vacant ONE Welterweight World Title.

In the end, the explosive contest was capped off by a shocking finish with just 28 seconds remaining in the contest.

The bout nearly went to the judges’ scorecards, but in the fifth round, the Swede chased down McGuire and snuffed him with a flooring overhand right. He then jumped in to finish the American with a knee that secured the vacant World Championship in decimating fashion.

Kadestam will now try to produce another show-stopping performance against undefeated ONE Warrior Series alum Gadzhimurad Abdulaev on 22 January.

Opacic Stuns Legend In ONE Debut

The hard-hitting heavyweight kickboxing showdown between Rade Opacic and Errol Zimmerman that ended in a STUNNING spinning kick knockout!

The hard-hitting heavyweight kickboxing showdown between Rade Opacic and Errol Zimmerman that ended in a STUNNING spinning kick knockout!

Posted by ONE Championship on Sunday, December 13, 2020

Serbian Muay Thai Champion Rade Opacic may not have won a World Title in his promotional debut at ONE: BIG BANG II last December, but he had a night he will never forget for the rest of his life.

The 23-year-old lion met legendary Dutch fighter Errol “The Bonecrusher” Zimmerman in a heavyweight kickboxing battle, and although it was competitive, Opacic ended the proceedings with one of the most unforgettable knockouts of the year.

About halfway into the second round, Zimmerman threw a kick at his rival’s thigh. Then just as “The Bonecrusher” was uncorking a left hook, Opacic launched a spinning heel kick that crashed into the right side of the Dutchman’s head and dropped him to the ground.

Though Zimmerman returned to his feet, the referee recognized that the behemoth was in no shape to continue and called off the action.

Opacic hopes to score another highlight-reel knockout in his next outing with Patrick “Big Swiss” Schmid at ONE: UNBREAKABLE. 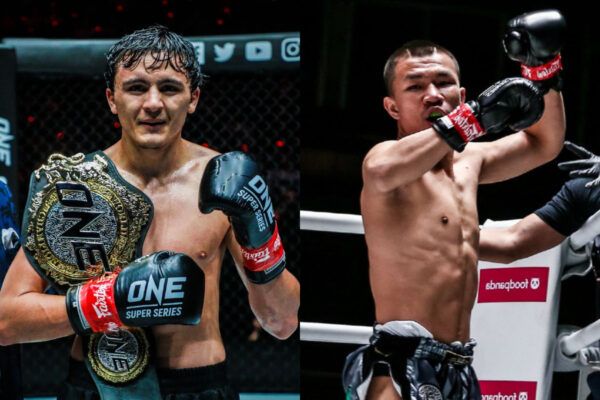 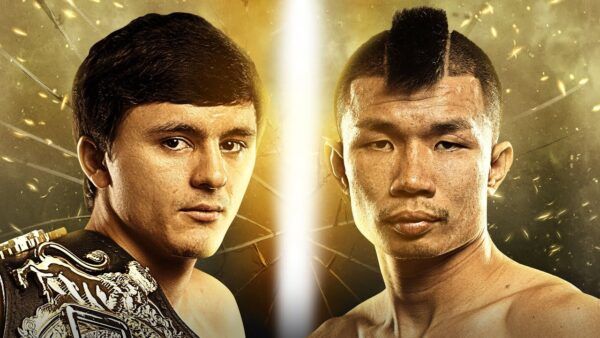 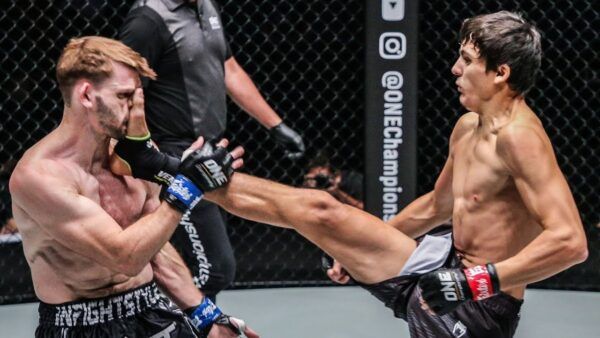