Despite COVID-19 bringing the combat sports world to a halt in early 2020, ONE Championship still put together an epic season of Muay Thai and kickboxing that surpassed even the most die-hard fans’ expectations.

But five special bouts delivered stoppages that fans of the striking arts are still talking about to this day. Without further ado, here are the five best knockouts from ONE Super Series in 2020.

#1 Kulabdam Knocks Out A Modern-Day Legend

With a spot in the ONE Bantamweight Muay Thai Tournament final on the line, “Left Meteorite” Kulabdam Sor. Jor. Piek Uthai and “The Million Dollar Baby” Sangmanee Klong SuanPluResort both promised to put on explosive performances at ONE: NO SURRENDER III in August – but only one of them lived up to their word.

In the opening moments of the bout, each athlete tested the other’s reactions with low kicks and head kicks. But a stinging straight left from Kulabdam woke up Sangmanee and foreshadowed the fiery ending.

“The Million Dollar Baby” fired back at Kulabdam with punches and a lobbing head kick, but none of his tactics unsettled the Sor. Jor. Piek Uthai representative. The two men then engaged in a nail-biting exchange of body shots and kicks.

And then it happened. With just 15 seconds left in the first round, Kulabdam hit Sangmanee with a jab and left hook, missed with a right uppercut, but then connected with a straight left that had “The Million Dollar Baby” momentarily floating in midair.

When he landed on his back, it was obvious Sangmanee was out, and the referee waved off the action. For his part, Kulabdam had scored one of the biggest upsets – and best knockouts – in ONE Super Series history.

Kickboxing fans witnessed a historic moment when Capitan Petchyindee Academy stepped into the Circle against six-time Muay Thai and Kickboxing World Champion Petchtanong Petchfergus at ONE: A NEW BREED III in September.

Both athletes were making their promotional debuts, and the outcome of the match would answer many questions: How would Capitan fare under kickboxing rules? How would Petchtanong handle competing on the global stage?

It only took six seconds to find out the answers. Immediately after the competitors touched gloves, Petchtanong tossed a lazy jab at Capitan, who batted it down and sent two pistons at his opponent.

Capitan landed a jab first, which opened Petchtanong up for the right hand that followed. And when it connected, Capitan might as well have thrown a blanket over his compatriot because Petchtanong was asleep.

The six-second knockout was the fastest in ONE Super Series history.

Every athlete who steps into the Circle for the first time hopes for a debut to remember, and at ONE: BIG BANG II in December, Rade Opacic made that happen against Dutch kickboxing veteran Errol “The Bonecrusher” Zimmerman.

Zimmerman controlled the opening moments of the bout as he cut through Opacic’s legs with low kicks, sweeping the Serbian off his feet. But Opacic kept his head in the game and popped his lengthy jab in “The Bonecrusher’s” face.

The two men continued to battle, with Zimmerman twisting crushing low kicks into his opponent’s thighs and Opacic digging stinging body shots into his rival’s torso.

But the fight’s defining moment came in the second round.

Zimmerman threw a wide left hook just as Opacic began to spin into a heel kick, but the Serbian’s foot landed first – and it landed hard. Upon impact, it leveled “The Bonecrusher,” and although the Dutchman returned to his feet, he was in no state to continue.

This past January, ONE Flyweight Muay Thai World Champion Rodtang “The Iron Man” Jitmuangnon proved that his first win over Jonathan “The General” Haggerty was no fluke when the two rematched at ONE: A NEW TOMORROW in front of thousands of the Bangkok resident’s adoring compatriots.

At first, Haggerty tagged the defending World Champion from the outside with jabs and push kicks. “The Iron Man,” however, didn’t show up to play a game of tag – and he quickly made that clear. The Thai wanted to mix it up with “The General” on the inside, and he connected with a liver shot in the opening minute that put the Brit down.

Although Haggerty got up, Rodtang was just getting started. He continued to snake body shots under the Englishman’s arms and into his rib cage, and by round three, the effects of those strikes began to show.

The first knockdown of the third stanza came after a tornado of body punches sent Haggerty to his knees. He rose, but moments later, a left hook-straight right combo from the Thai planted him back on the canvas.

Haggerty, showing tremendous courage, stood back up, but Rodtang finished the weary Englishman with a final left hook to the body.

Since winning the ONE Bantamweight Muay Thai World Title in February 2019, Nong-O Gaiyanghadao has given the men in his division nightmares.

None of the three athletes he faced following his World Title win were able to dethrone him. But in mid-December at ONE: COLLISION COURSE, challenger number four – Rodlek PK.Saenchai Muaythaigym – was thought to be that man.

Rodlek had just gotten done sending Kulabdam back into orbit after their exciting clash at ONE: A NEW BREED in August, and many enthusiasts expected the PK.Saenchai Muaythaigym athlete to fare well against the division’s reigning king.

Nong-O, however, didn’t even give “The Steel Locomotive” the chance to fire up. By the third round, the Evolve representative had already pinged his foe with jabs, rights, and body kicks, all the while registering the reactions and counters of his rival.

With that, Nong-O lured “The Steel Locomotive” into engaging with body shots – and that’s when the Muay Thai legend stung his opponent with a jab-cross, which left Rodlek struggling to find his legs. 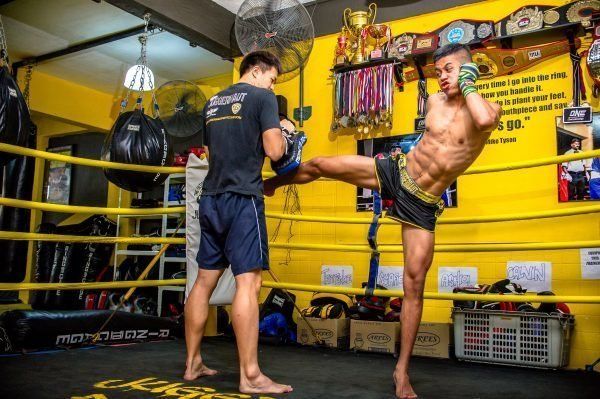 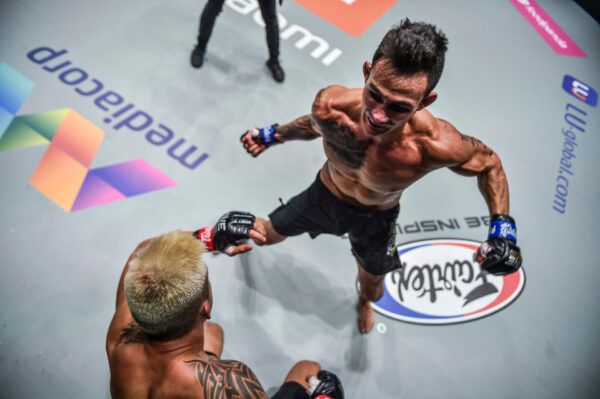 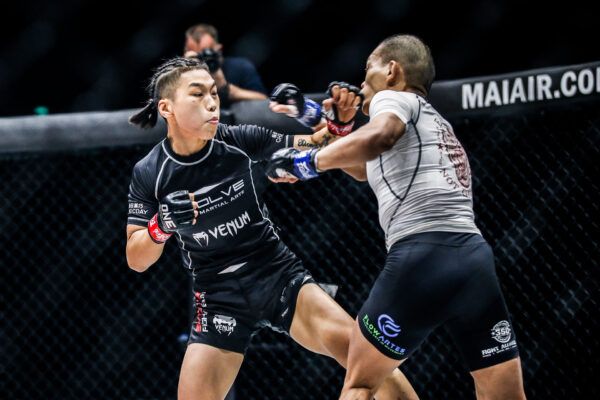