Rade Opacic is just one bout into his ONE Super Series career, but he’s already announced himself as one of the top heavyweight kickboxers on the global stage.

The debuting Serbian knocked out Errol “The Bonecrusher” Zimmerman with a jaw-dropping spinning heel kick in the second round of their clash at the previously recorded ONE: BIG BANG II on Friday, 11 December. 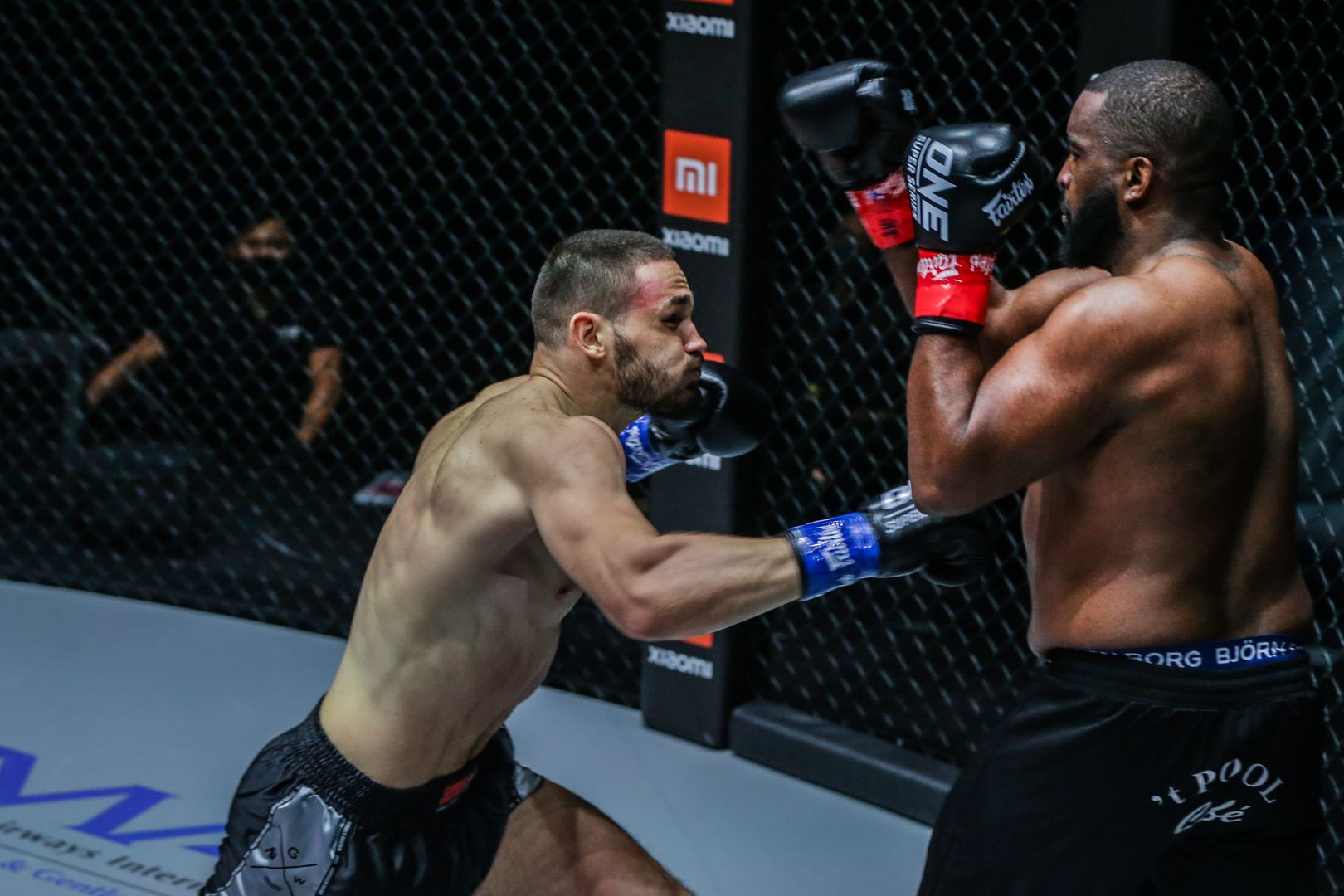 It was 34-year-old Zimmerman who struck first at the start of the opening frame.

Despite his return from a lengthy layoff, the Curacaoan–Dutch veteran got straight down to business and took Opacic off his feet with a well-timed low-kick counter. “The Bonecrusher” then chopped away at his rival’s lead thigh and loaded up on his right hand to make the 23-year-old respect his power.

Opacic did not shy away from the firefight. Instead, he pumped out a piston-like jab and punished his foe with left kicks and punches to the body. Zimmerman continued his assault on the Belgrade native’s legs, while the KBKS Team representative worked on his older rival’s body to try to slow him down.

Both men landed heavy punches up top, but the final stamp of the opening frame came via a late flurry from Opacic. 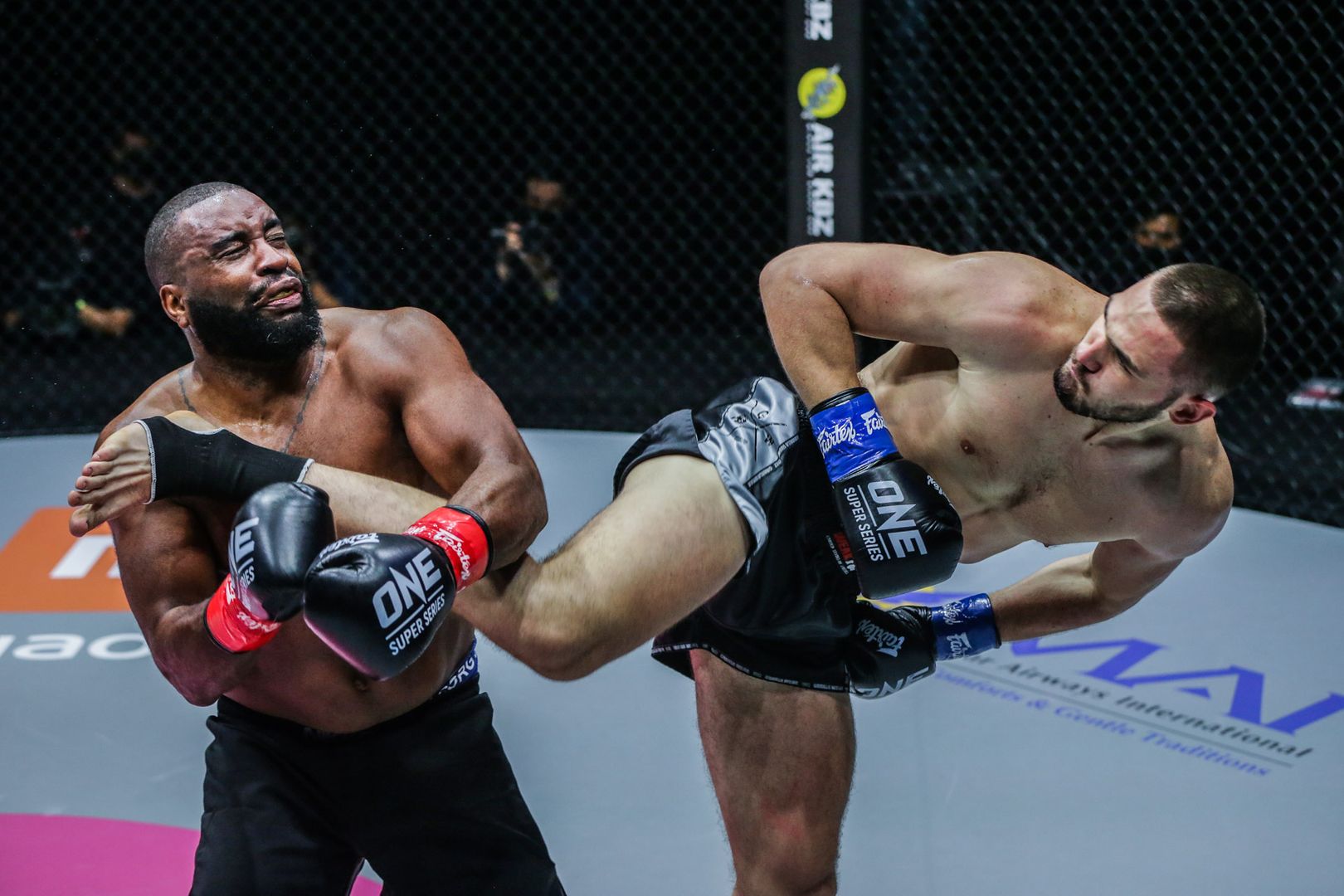 In round two, Zimmerman again came out as the aggressor, but in his rush to attack, he slipped down to the canvas. Opacic stayed cool and attacked with his left kick and straight punches down the middle. The 200-centimeter Serbian also kept his foe at bay by drilling his jab-cross into the face.

Opacic then stepped in with more hard shots to the body — including a step-through left knee and a hard left hook to the liver. But Zimmerman threw back overhand rights and low kicks with full force.

The crucial moment that showed Opacic had figured out his rival’s timing was when he decked the Hemmers Gym product with a push kick as he tried to step in with another heavy shin to the thigh.

Undeterred, Zimmerman kept pushing forward, but that would be his undoing. As he lunged in with a looping left hook, the Serbian Muay Thai Champion let rip with a lightning-fast spinning heel kick that crashed into the side of “The Bonecrusher’s” head and sent him to the floor. 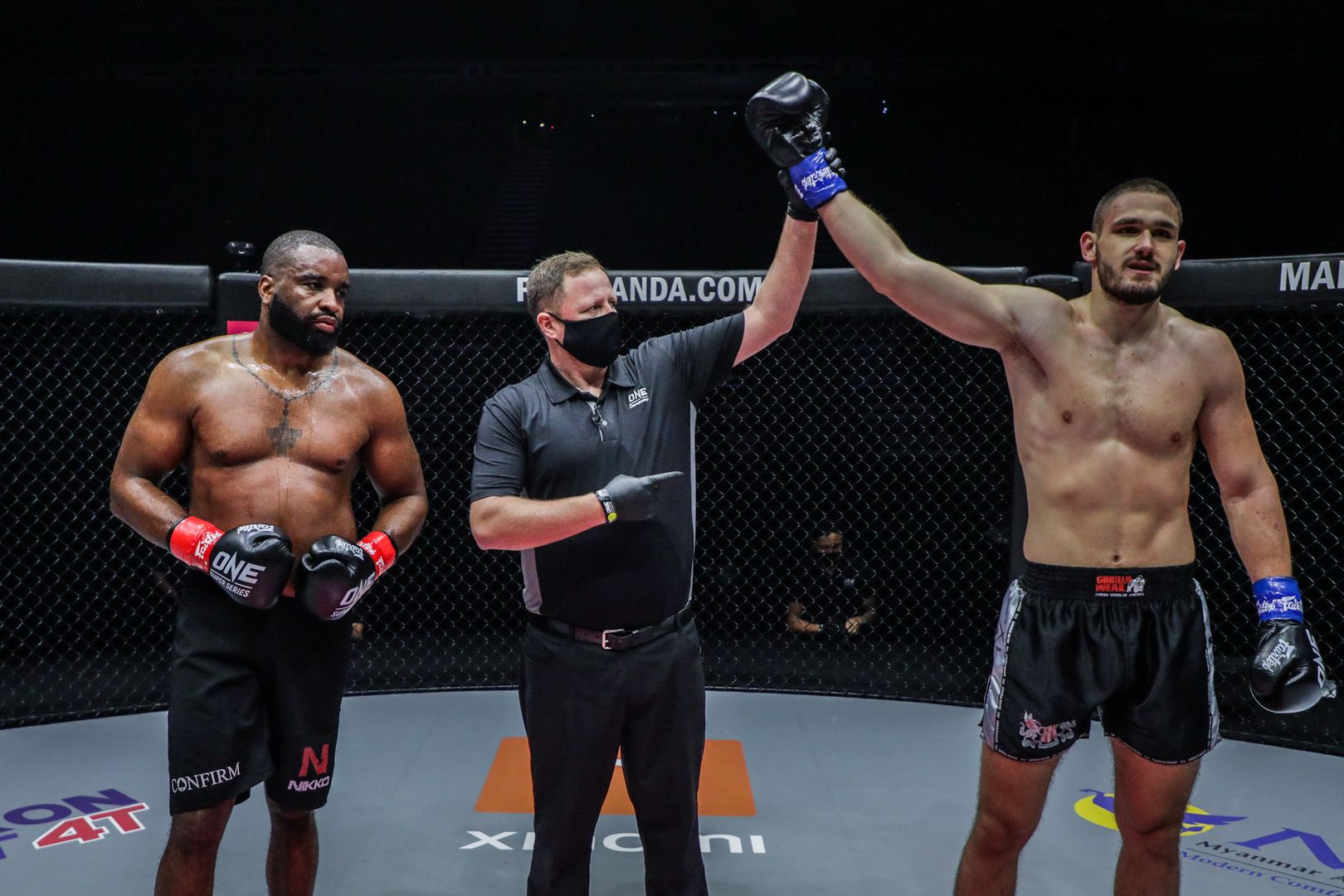 Although the man from Breda regained his feet, the referee waved the bout off at 1:35 of round two when it was clear Zimmerman was in no state to continue.

With the TKO win, Opacic pushed his record to 19-3, and at just 23 years old, he looks set to have a long and bright future in the ONE Super Series heavyweight ranks.