Nong-O Gaiyanghadao maintained his absolute dominance in ONE Super Series with another highlight-reel knockout at ONE: COLLISION COURSE. 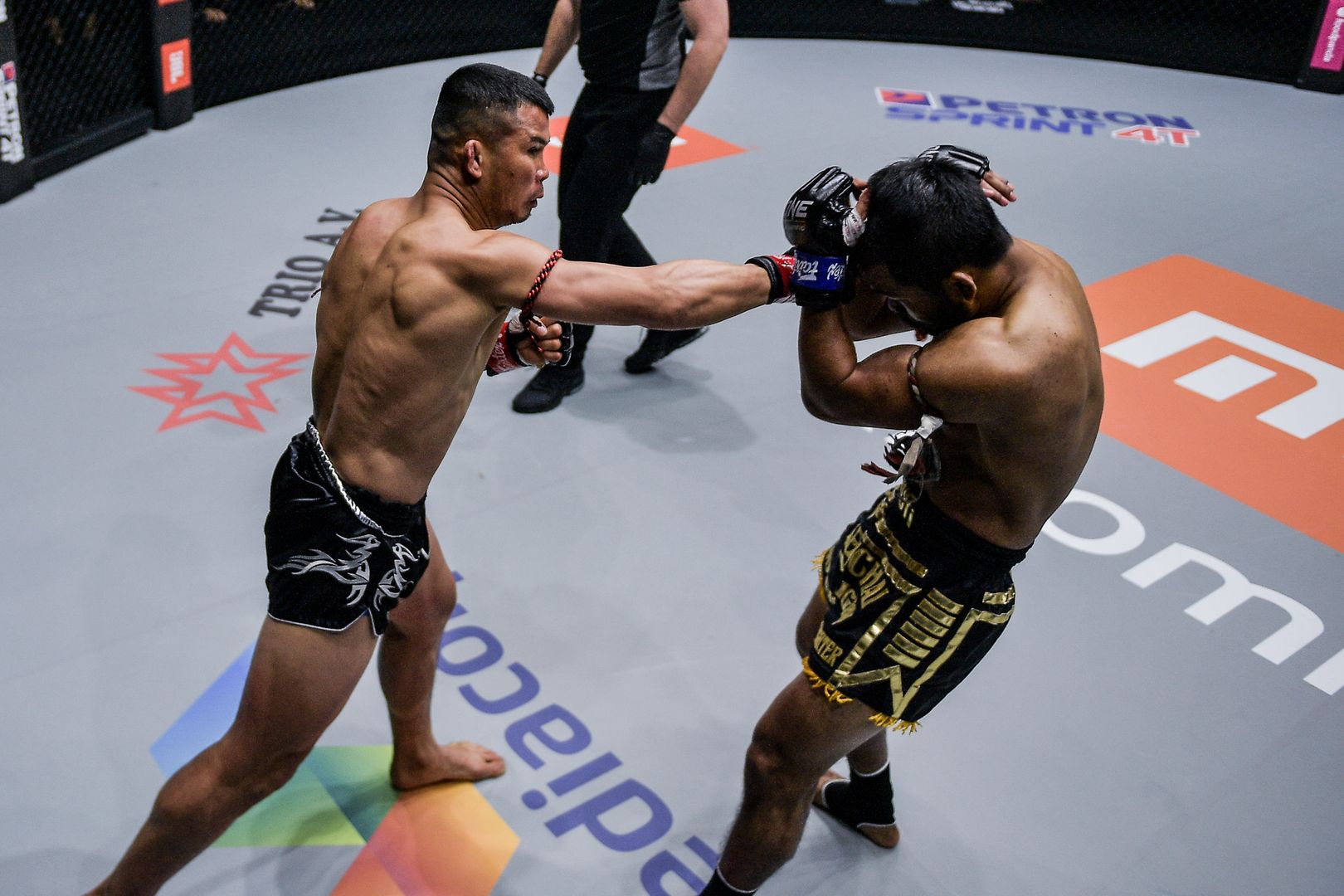 In contrast to the explosive finish, both athletes began the bout tentatively as they felt each other out.

Despite the steady pace, there were still moments of significant offense, particularly from the defending World Champion, as Rodlek tried to walk him down but was stopped in his tracks by a stiff jab.

Nong-O also scored by feinting to set up his trademark right kick, and he landed some powerful jab-cross combinations. 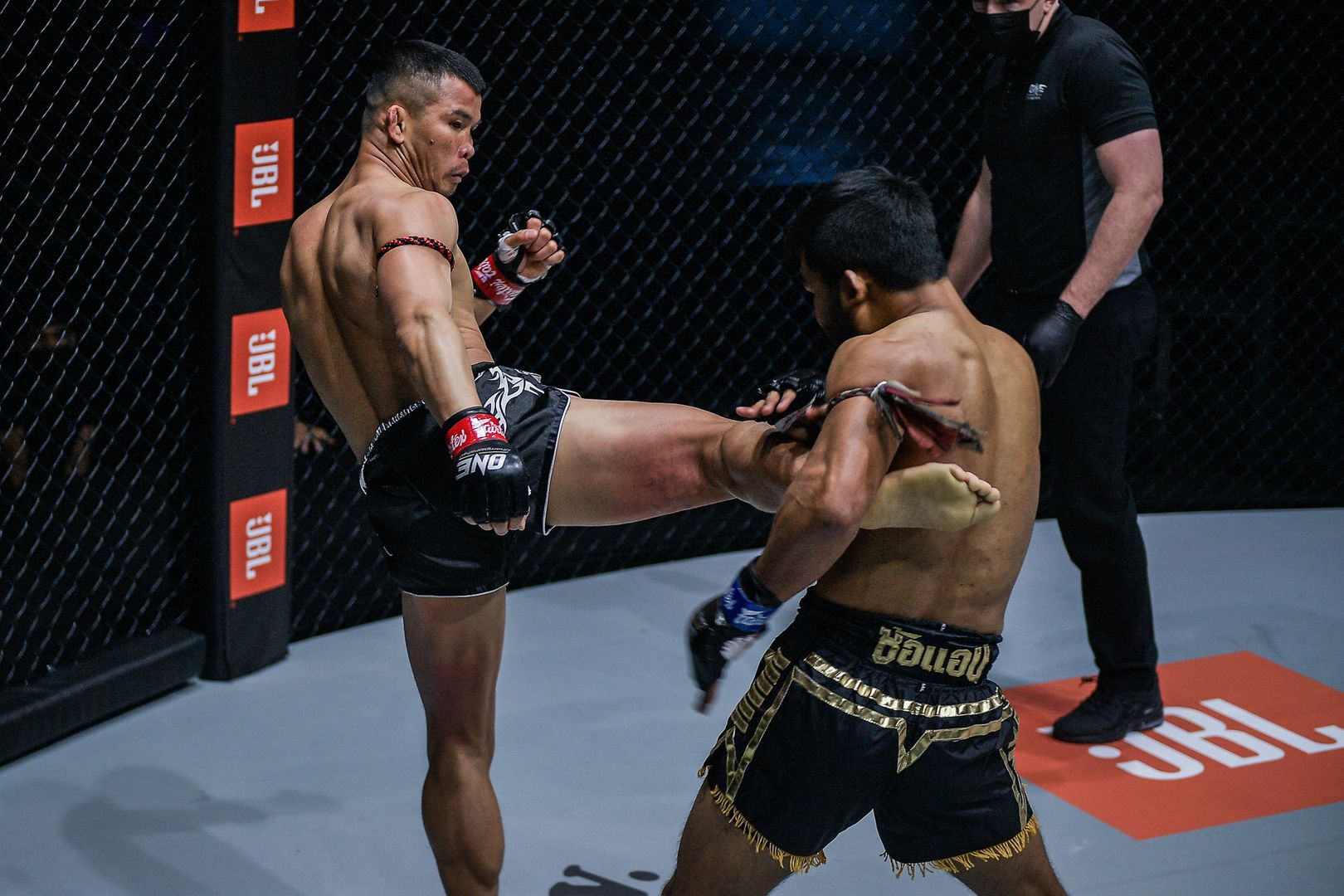 The action picked up speed in the second stanza, as Nong-O and Rodlek started to go tit-for-tat. Every time one of them landed a significant strike, they were forced to respond to a quick counter from their rival.

Rodlek seemed to catch the bantamweight king’s attention with body shots, particularly his right cross, but the Evolve representative shrugged them off and showed no signs of any major damage. He was also more active and continued to find a home for his kicks.

While Rodlek was competitive in the first two rounds, he started to lose momentum in the third. A piston-like jab from Nong-O made the 30-year-old move backward toward the Circle Wall and opened him up to a flurry of strikes.

In keeping with his reputation, “The Steel Locomotive” soon tried to walk his opponent down again, but the defending World Champion was ready for his advance.

After a few more exchanges, Nong-O scored with a stunning quick-fire jab-cross combination that finally cracked Rodlek’s granite chin. The challenger fell face-first onto the canvas, and despite his best efforts, he could not beat the referee’s count. 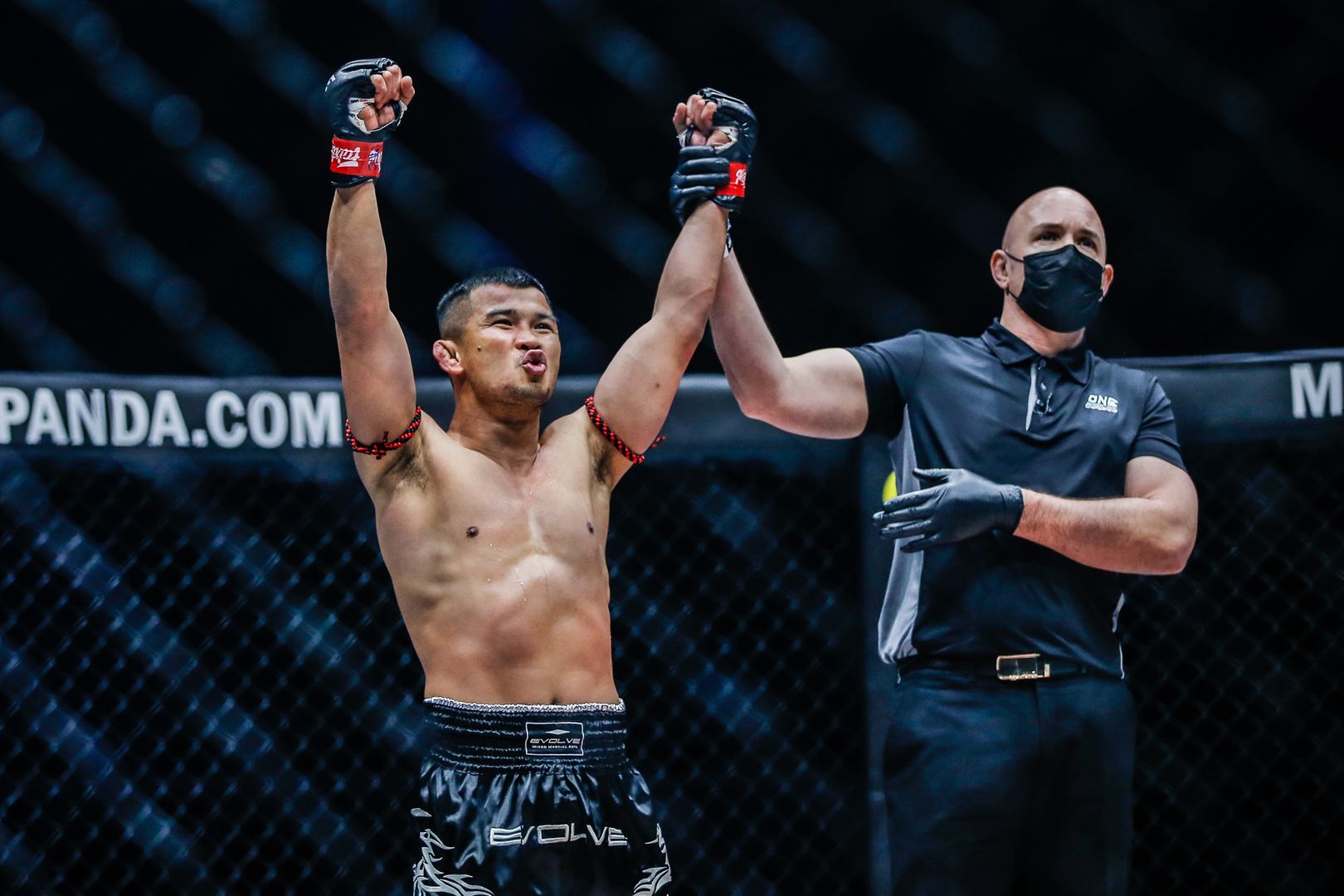 The contest was called at 1:13 of round three, giving Nong-O his second knockout victory in a row and his fourth ONE Bantamweight Muay Thai World Title defense.

After pushing his record to 7-0 in ONE Super Series Muay Thai, the 34-year-old superstar stated his intention to fight ONE Featherweight Kickboxing World Grand Prix Champion Giorgio “The Doctor” Petrosyan during his post-fight interview.