ONE Championship’s return to the Mall Of Asia Arena in Manila, Philippines boasts two massive World Title contests at the top of the bill, but the elite-level action does not end there.

There are 12 martial arts World Champions on the card at ONE: ROOTS OF HONOR this Friday, 12 April, representing disciplines including kickboxing, Muay Thai, Brazilian Jiu-Jitsu and mixed martial arts.

From the prelims, all the way up to the main event, world-class operators who have tasted success at the top of the combat sports food chain will put it all on the line for fans across the globe.

Here is the rundown of every World Champion athlete on the bill this weekend.

Martin “The Situ-Asian” Nguyen became the first two-division ONE Championship World Champion when he knocked out Marat “Cobra” Gafurov and Eduard “Landslide” Folayang in consecutive bouts back in 2017.

He relinquished the ONE Lightweight World Title last year to focus on his natural weight class, and he will be gunning for a second successful defense of the ONE Featherweight World Title against Narantungalag Jadambaa this Friday.

Narantungalag “Tungaa” Jadambaa defeated Koji Oishi for the ONE Featherweight World Title in August 2014. Though he could not hang onto it, five years later, he is back on the hunt for the sport’s top prize.

The Mongolian mixed martial arts pioneer returned from an 18-month hiatus to register swift back-to-back victories in 2018, and punched his ticket to a title shot against Nguyen.

ONE Strawweight World Champion Yosuke Saruta is out to FINISH Joshua Pacio this Friday ????

Yosuke “The Ninja” Saruta entered the world’s largest martial arts organization having already captured one of Japan’s most sought after titles — the Shooto Strawweight World Championship.

He immediately signaled his intentions on the global stage for martial arts by defeating a former World Champion in Alex “Little Rock” Silva. “The Ninja” then took full advantage of an opportunity to face Joshua Pacio for the ONE Strawweight World Title in January when he defeated the Filipino via split decision.

Saruta puts his belt on the line for the first time on Friday in an immediate rematch with his Team Lakay rival.

Joshua Pacio looks to reclaim ONE gold for Team Lakay this Friday! ????????

Baguio City’s Joshua “The Passion” Pacio took redemption over an old foe when he defeated Yoshitaka “Nobita” Naito for the ONE Strawweight World Title at ONE: CONQUEST OF HEROES last September.

However, he came up narrowly short in his first defense, as he was edged out by Saruta. “The Passion” was awarded an immediate rematch, and he is focused on reclaiming the gold on 12 April.

Tatsumitsu Wada faces Gustavo Balart on 12 April for the right to face Demetrious Johnson in the ONE Flyweight World Grand Prix semifinals!

Tatsumitsu “The Sweeper” Wada owns one of the most remarkable career turnarounds of all time. The Japanese athlete started his professional career with five defeats, but through hard work and discipline, he became the DEEP Flyweight World Champion.

He hopes he can have the same kind of success in ONE, and victory over Cuban wrestling Olympian Gustavo “El Gladiador” Balart in the last remaining ONE Flyweight World Grand Prix quarter-final would put him on the path to the top.

Leandro “Brodinho” Issa had a decorated career in Brazilian Jiu-Jitsu before he committed himself to mixed martial arts competition, and it culminated in him winning the famous Mundials World Championships as a brown belt in 2004.

Issa is still on the hunt for a repeat of that success in his new sport, and he will have to topple surging Chinese athlete Fu Chang Xin in Manila to keep his dream on track.

Ibrahim “Mr. Cool” El Bouni has shown his phenomenal striking talent in promotions around the world, and earned the A1WCC Kickboxing World Title by defeating three opponents in one night in an eight-man tournament in 2015.

“Mr. Cool” returns to ONE Super Series to take on Andrei Stoica in a light-heavyweight kickboxing battle. 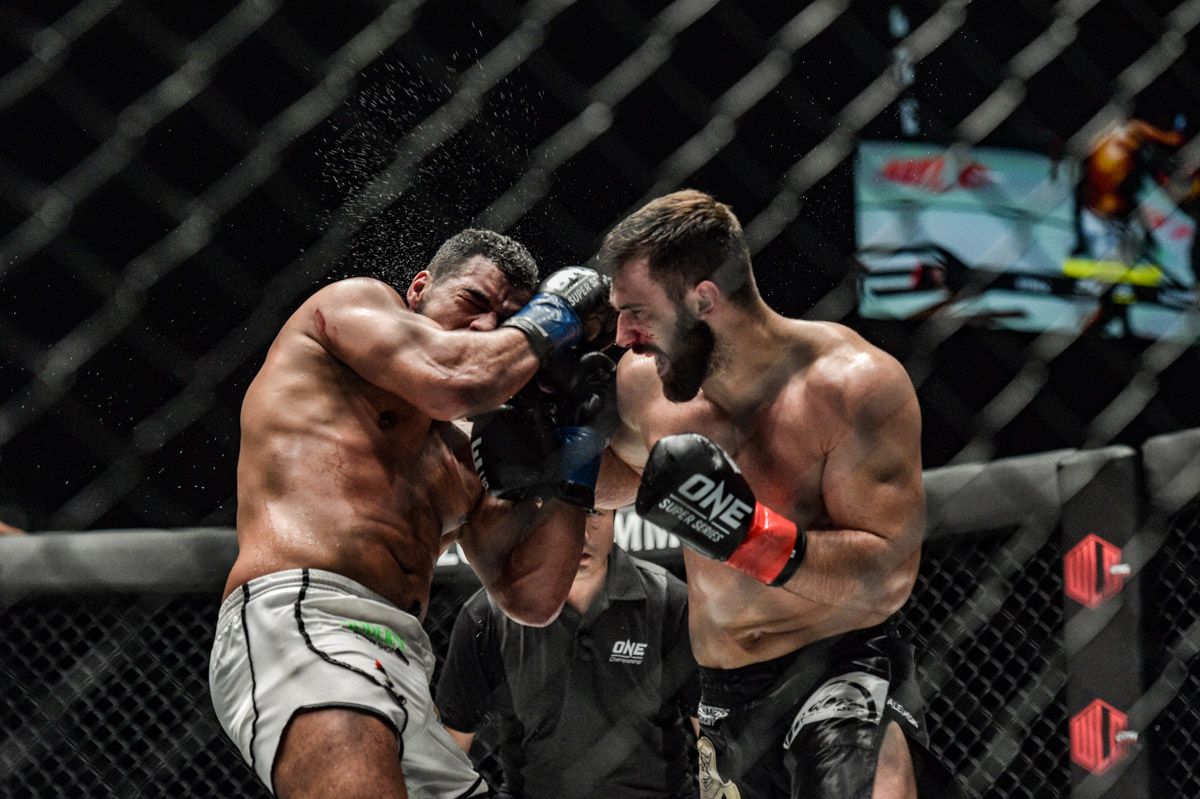 Andrei “Mister KO” Stoica is a renowned striking specialist from Romania who started his martial arts life as a wushu stylist, winning national and European titles. However, his World Title success came as a kickboxer when he won the SUPERKOMBAT Super Cruiserweight World Championship.

Stoica will be on the hunt for his first win in The Home Of Martial Arts against El Bouni at ONE: ROOTS OF HONOR. 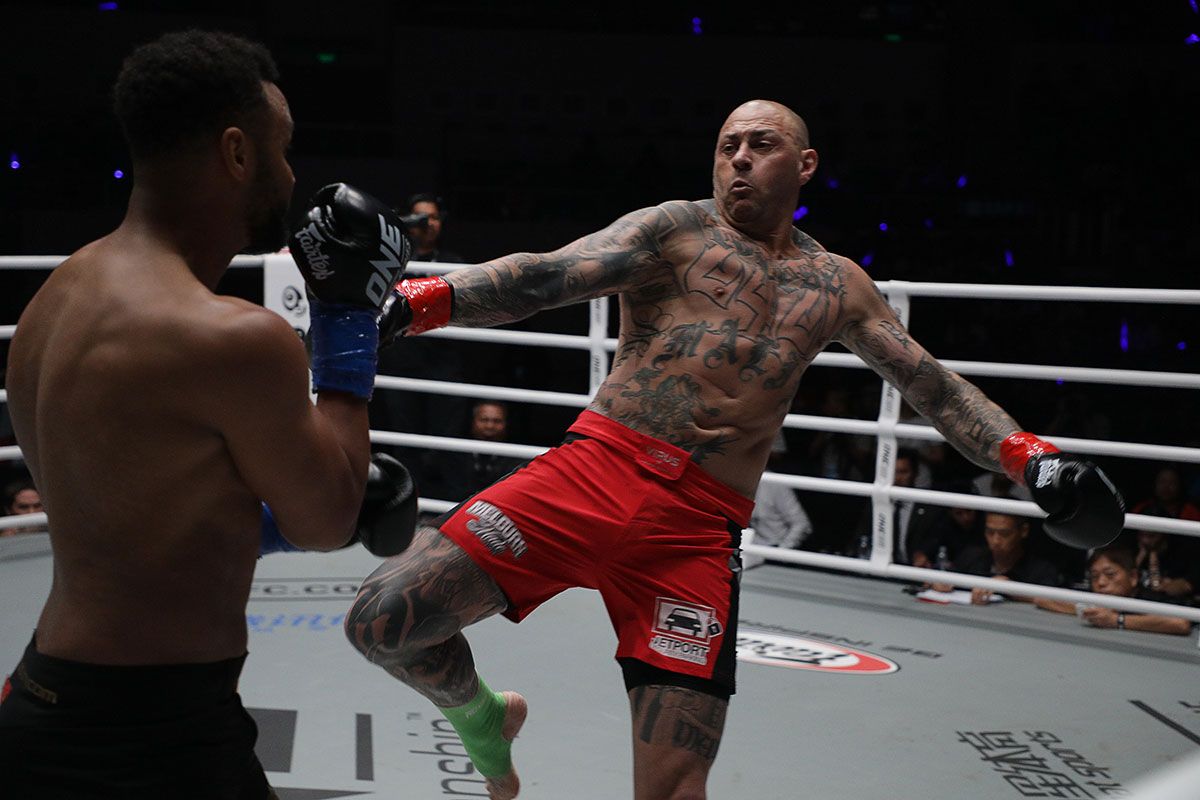 Andre “The Giant” Meunier is a colossal man that boasts four kickboxing World Titles, including the IKBF Heavyweight World Title.

He goes up against Brazilian Anderson “Braddock” Silva in a ONE Super Series battle on this weekend’s preliminary card.

Muay Thai World Champion Saemapetch is out to deliver his most explosive performance yet on 12 April! ????

Muay Thai World Champion Saemapetch is out to deliver his most explosive performance yet on 12 April! ????Manila | 12 April | 6:00PM | Watch on the ONE Super App: http://bit.ly/ONESuperApp | TV: Check local listings for global broadcast | Tickets: http://bit.ly/onehonor19

Saemapetch Fairtex has amassed a Muay Thai record of 119-15-1 and won regional titles in his native Thailand. His biggest accolade came in 2018 when he scored a big KO over Charlie “Boy” Peters to become the Muay Thai Grand Prix World Champion.

Fairtex’s unblemished record on the global stage for martial arts means he could be in line for a World Title shot if he can defeat Ognjen Topic next time out.

???? Hands up if you can't wait to see Ognjen Topic tear it up in ONE Super Series again!

???? Hands up if you can't wait to see Ognjen Topic // Oгњен Топић tear it up in ONE Super Series again! Download the ONE Super App now ???? http://bit.ly/ONESuperApp

Serbian-American Ognjen Topic has always taken on the best opponents available to him and this has led him to repeated World Championship success, including the Lion Fight and MTGP World Titles.

He will pit his skills against another elite adversary as part of his quest to add a ONE Super Series belt to his collection when he meets Saemapetch in the Philippines.

What innovative strikes will we see from Muay Thai technician Lerdsila this Friday?

Lerdsila Phuket Top Team is one of the most revered Muay Thai competitors of all time, due to his slick, evasive, and counter-striking style. He once went on a run of over 100 bouts without defeat, and this led him to three Rajadamnern Stadium Muay Thai World Titles, and World Titles from the WKN, WPMF, and WMC.

Lerdsila returns to action in Manila, where he will take on Japan’s Kohei “Momotaro” Kodera.