With a pivotal showdown between two of the bantamweight Muay Thai division’s top-ranked contenders just a day away, the striking world is buzzing with anticipation.

Fans across the globe will have their eyes glued to the main event clash between #1-ranked contender Saemapetch Fairtex and #3-ranked “Left Meteorite” Kulabdam Sor. Jor. Piek Uthai when they clash at ONE: FULL BLAST this Friday, 28 May.

The outcome of that matchup will have major implications. With that in mind, let’s revisit the exciting and deep roster of talent that makes up the ONE Super Series bantamweight Muay Thai division, starting at the top. 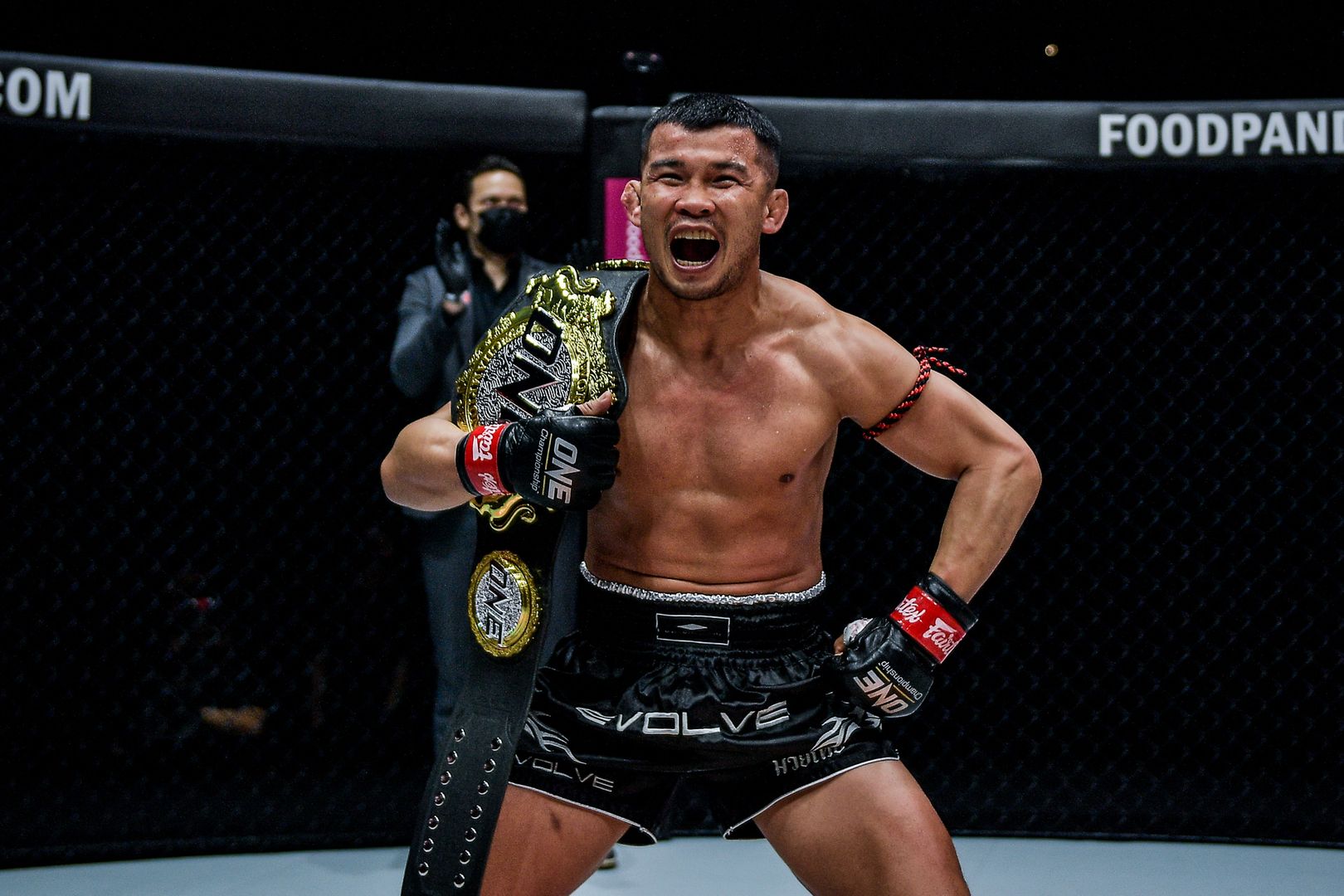 Since the last time we took a deep dive into the bantamweight Muay Thai division in September 2020, reigning divisional king Nong-O Gaiyanghadao has ticked another top contender off his list.

The masterful counter-puncher faced “The Steel Locomotive” Rodlek P.K. Saenchai Muaythaigym at ONE: COLLISION COURSE this past December.

Rodlek had won the ONE Bantamweight Muay Thai Tournament in August and the right to challenge for the gold. But the fight was hardly a challenge – at least for Nong-O.

Though “The Steel Locomotive” had his moments against the seemingly ageless and unstoppable force from Sakon Nakhon, the World Champ finished Rodlek in the third round with a right cross that would’ve dropped a heavyweight.

After seven bouts in the Circle, that’s exactly why Nong-O has yet to be defeated. His punches are deceptively powerful, and they come from behind a friendly smirk that makes opponents think he’d rather shake their hands than shake them up.

That said, two of the division’s top contenders are gunning for the next shot at Nong-O, and their upcoming foray at ONE: FULL BLAST could be the final hurdle.

This Friday, Saemapetch and Kulabdam will finally clash in ONE Super Series – and the outcome could determine who faces Nong-O next.

The Thai stars were supposed to meet in the finale of the ONE Bantamweight Muay Thai Tournament at ONE: A NEW BREED in August after Saemapetch beat Rodlek and Kulabdam defeated “The Million Dollar Baby” Sangmanee Klong SuanPluResort in the semis.

However, Saemapetch pulled out due to injury, which gave Rodlek his second chance. “The Steel Locomotive” promptly defeated Kulabdam and earned the aforementioned shot at Nong-O.

Because Saemapetch beat Rodlek, who then beat Kulabdam, the Fairtex product believes he will defeat “Left Meteorite” this Friday. But Kulabdam, who has a cement bucket for a chin and a pin grenade for a left hand, shouldn’t be toyed with.

Fans around the world already saw what the athlete from Northeastern Thailand is capable of when he levitated Sangmanee in their semifinal matchup. Now, Kulabdam is vowing to do the same against the man he believes has a “glass chin.”

But Saemapetch can take a shot just as good as he gives, which was evident in his semifinal banger with Rodlek. Moreover, the Fairtex man is fully focused on rematching Nong-O – but he isn’t the only other contender with gold on his mind. 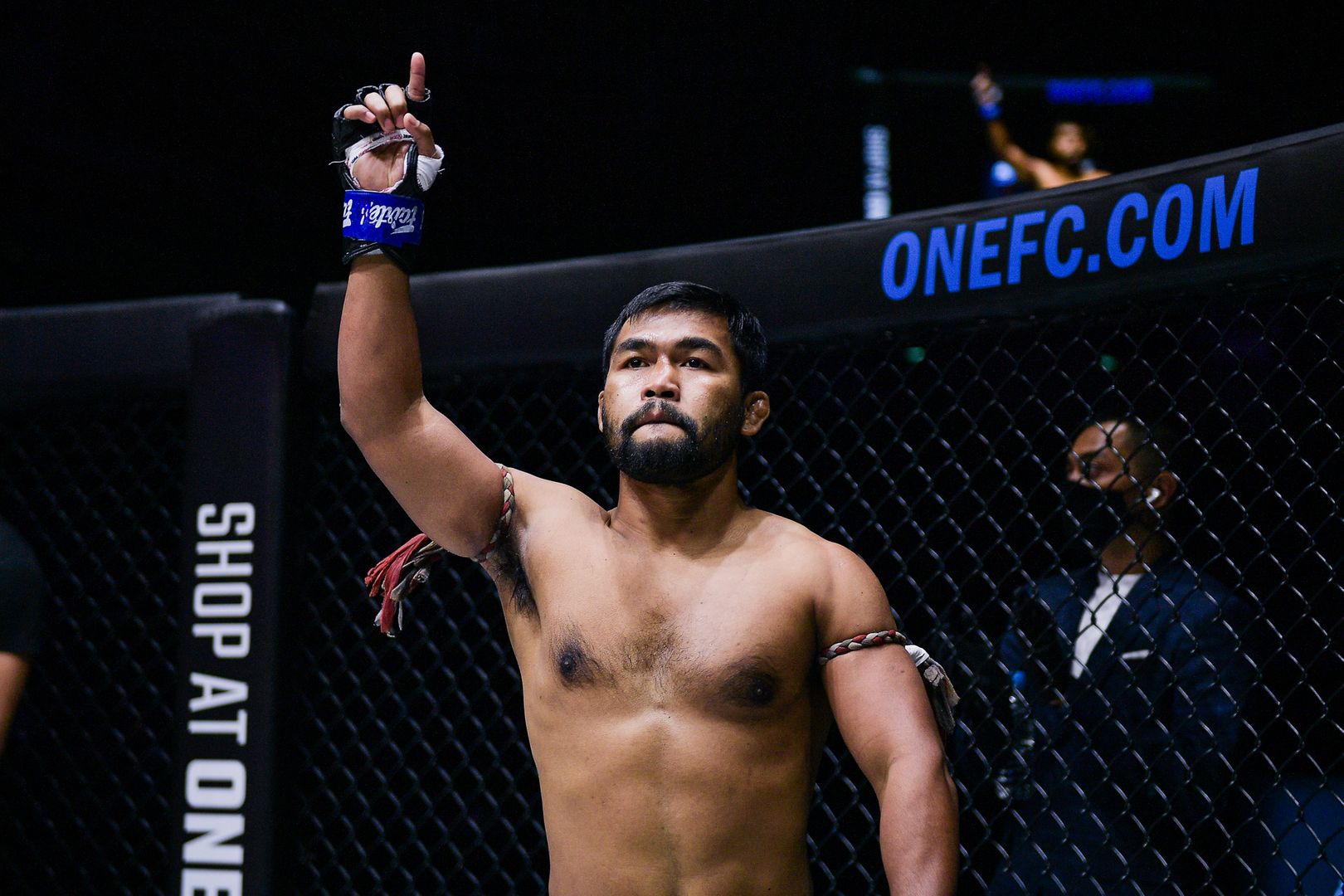 As a reward for beating Kulabdam in the tournament final, tough-as-nails Rodlek booked himself a ticket to face Nong-O in December. As mentioned, “The Steel Locomotive” dropped a third-round KO loss, but that doesn’t mean the stocky brawler is out of the World Title picture just yet.

Should he meet either Kulabdam or Saemapetch again and win, #2-ranked Rodlek could earn another shot at Nong-O. And even if he doesn’t get another chance, he would be a solid test for #4-ranked Alaverdi “Babyface Killer” Ramazanov or #5-ranked Bobo Sacko.

Ramazanov might’ve lost his ONE Bantamweight Kickboxing World Title to Capitan Petchyindee Academy at the start of this year, but we can’t forget what the lanky Russian did in Muay Thai.

Given that past success, “Babyface Killer” is still a threat in ONE Super Series Muay Thai, and now that he doesn’t have his kickboxing belt to defend, we might see him active once more in “the art of eight limbs.”

Sacko, meanwhile, could be just as dangerous for any man sitting above him. He’s got long limbs, he’s quick, and he’s powerful.

Looking To Crack The Top Five 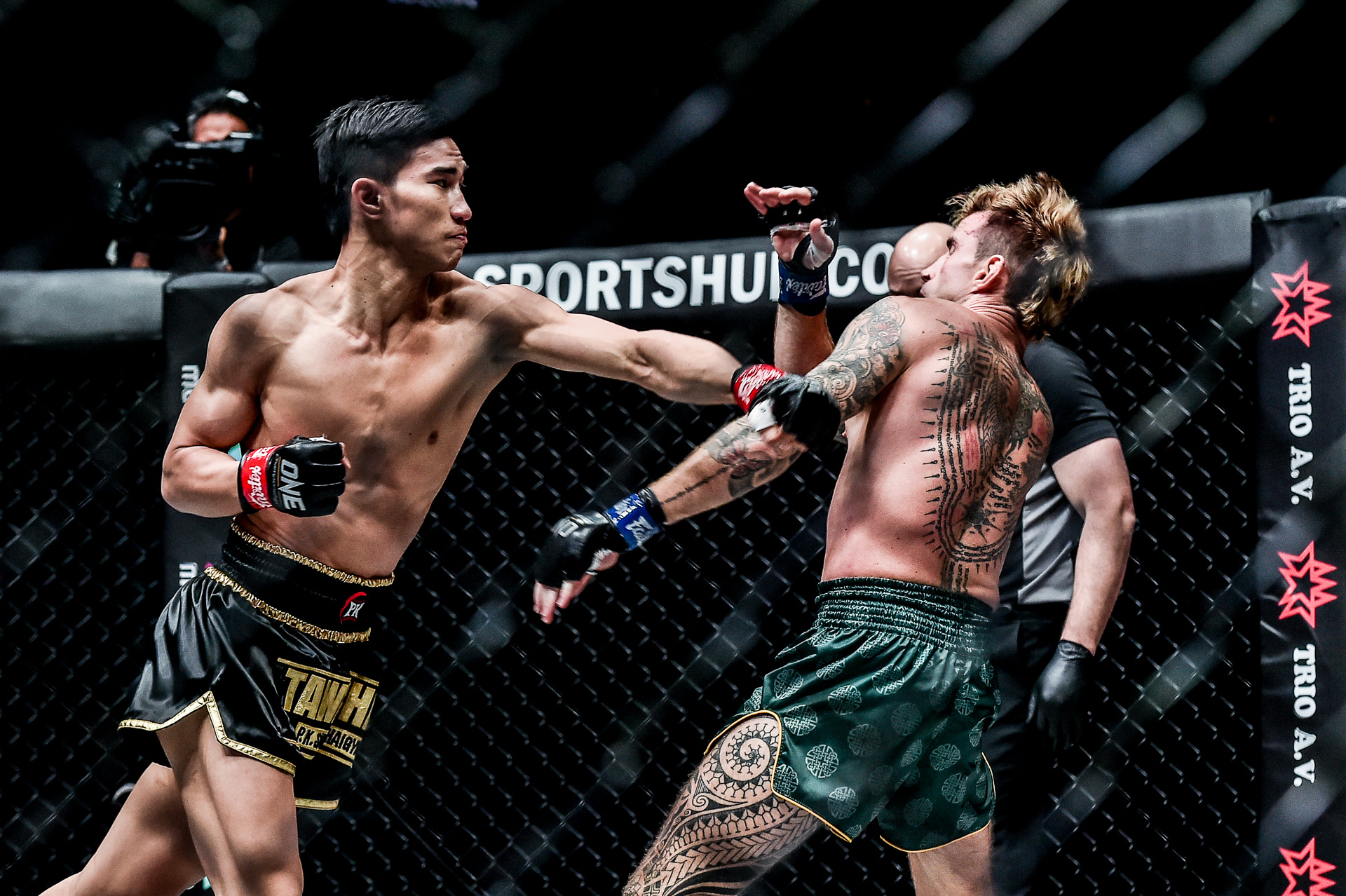 Along with the division’s official contenders, more talented strikers are looking for their chance to break into the top-five bantamweight Muay Thai rankings.

In his debut earlier this month, Tawanchai PK.Saenchai Muaythaigym shook up the division by stopping WBC Muay Thai World Champion Sean “Clubber” Clancy via third-round TKO at ONE: DANGAL.

Perhaps a solid next test for the superb striker would be the loose-footed and energetic Ramazanov, who wouldn’t stand in front of Tawanchai but would instead make the Thai come to him. In any case, we can expect the matchmakers to put a top-five contender in front of this 22-year-old rising star at some point in the near future.

Despite being knocked out of the top-five rankings, former #1-ranked contender Sangmanee is still a serious test for anyone at bantamweight, and it may only take one match against a top-five athlete to get back into a favorable position.

Moreover, Pongsiri PK.Saenchai Muaythaigym has looked phenomenal since dropping to bantamweight. Like his teammate Tawanchai, he produced a memorable scrap with Clancy – one that was named to the list as a Top 5 ONE Super Series Fight Of 2020.

Read more: Saemapetch Vs. Kulabdam: 4 Keys To Victory At ONE: FULL BLAST