The 25-year-old Fairtex product outstruck his 30-year-old compatriot to get the majority decision win at ONE: NO SURRENDER II in Bangkok, Thailand, on Friday, 14 August. 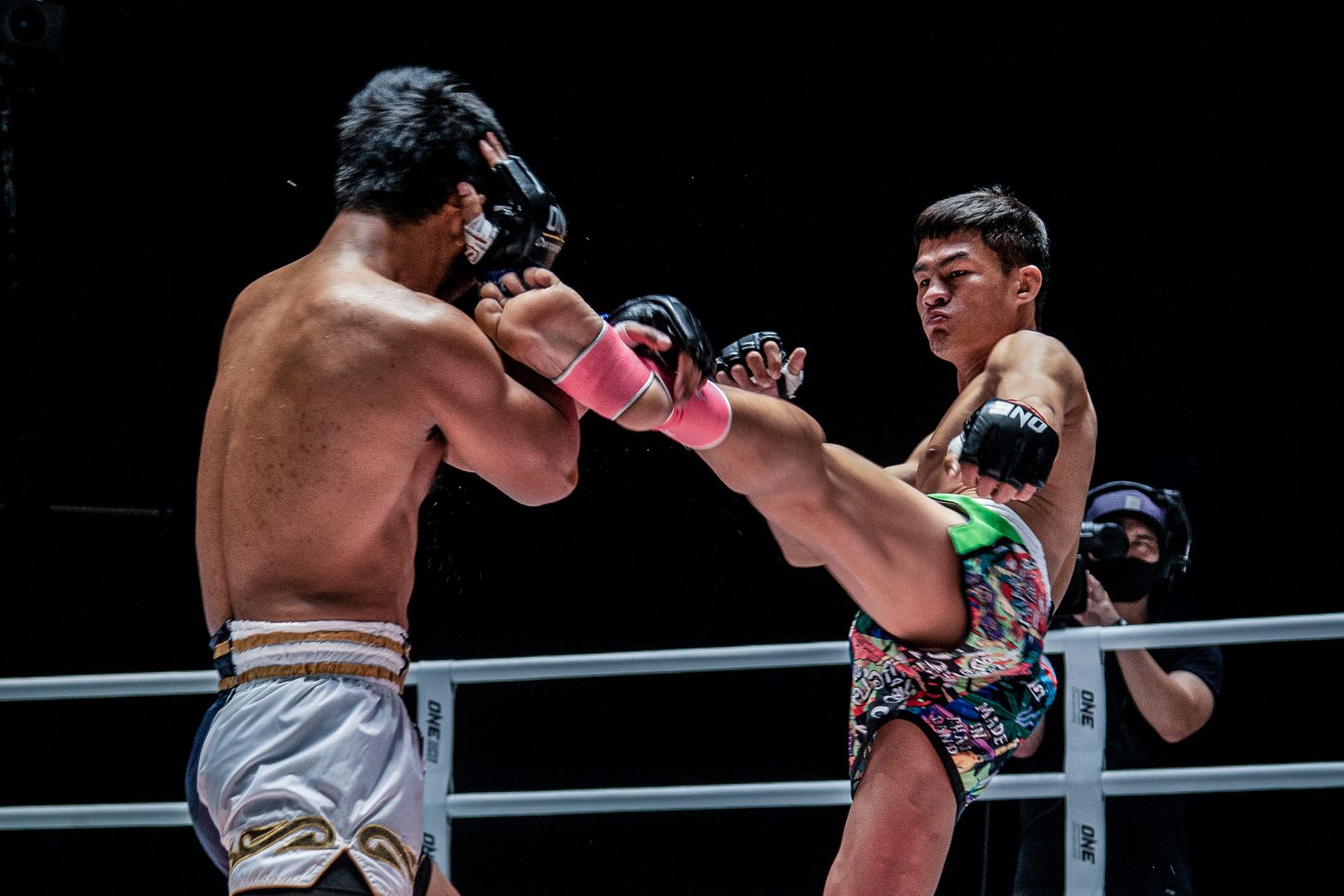 Saemapetch had promised he would come into this fight with new tricks to utilize against the man who led their head-to-head series 2-1 – and that he did.

From the opening bell, he used his counters to near perfection. Rodlek advanced and tried to punish his foe’s inside right thigh with blistering low kicks, but the Fairtex standout picked up on the strategy and unleashed left punches and elbows that stifled him.

The younger fighter even landed a straight left to the body of the PK.Saenchai Muaythaigym athlete, but Rodlek made good on his pre-bout interviews and proved his midsection was strong.

For his part, Saemapetch also stayed on top of his game. After “The Steel Locomotive” launched a high kick, the Fairtex product leaned back and lunged forward with a right-left-right punch combination that gave him momentum heading into round two. 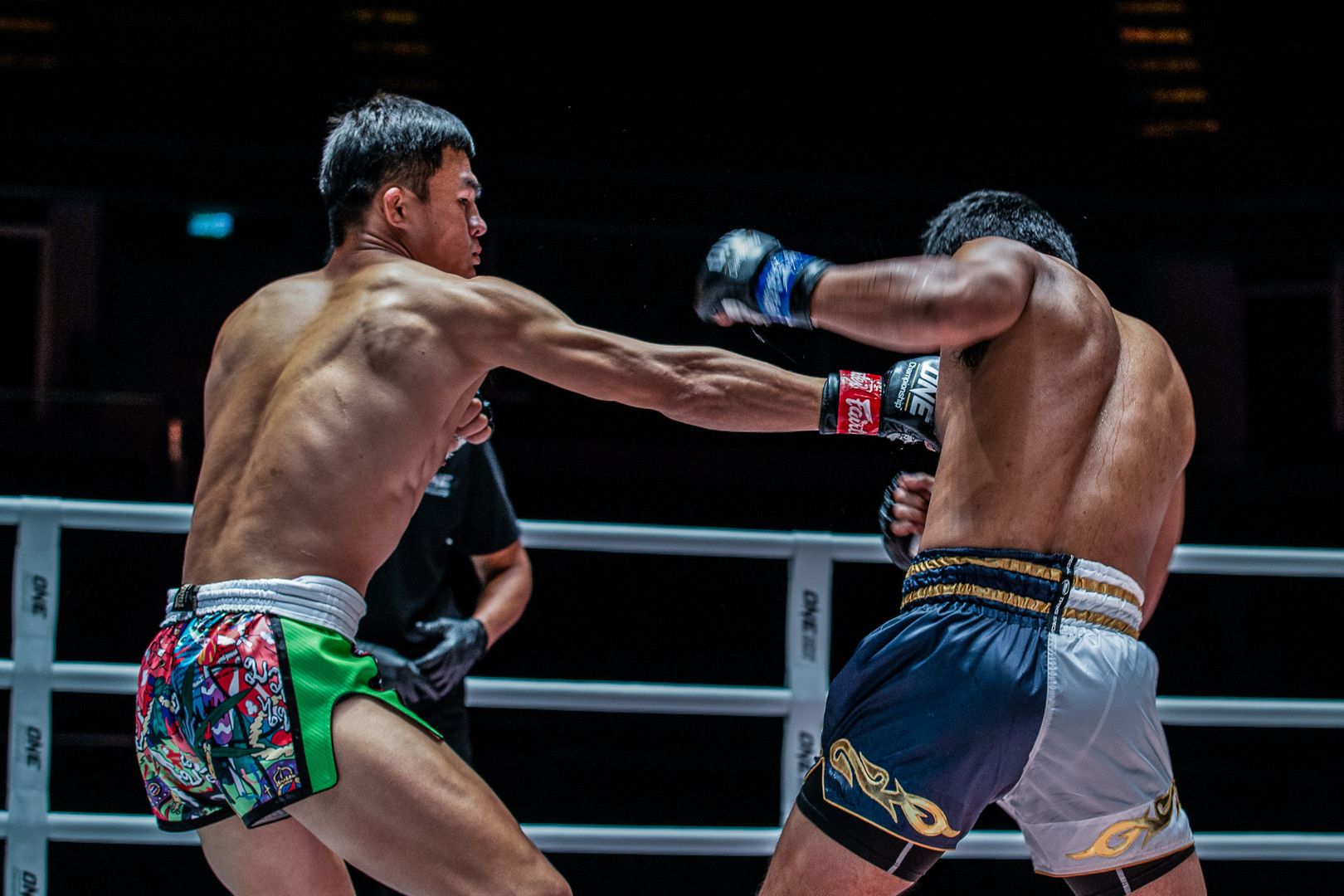 Saemapetch then opened the second with a straight left punch and a left high kick that brought his opposite number to life. Rodlek began to press forward, tracking down and pinning his opponent onto the ropes, where he landed two stabbing knees to the body of Saemapetch.

That didn’t last long, though, as Saemapetch masterfully sidestepped and dodged much of what Rodlek threw at him. He then followed those evasions with blazing counters that were too much for the PK.Saenchai Muaythaigym representative.

“The Steel Locomotive” knew it was all or nothing in round three, and the man who once tapped rubber trees in Southern Thailand was forced to tap into something within. He came out swinging hard and fast, landing with walloping right hands and cutting inside low kicks.

It looked like momentum was swaying to his side for the first time, but Saemapetch’s counters were just too good. The Chiang Mai native started dodging his opponent’s right hands and firing off left elbows that pierced his rival’s guard. 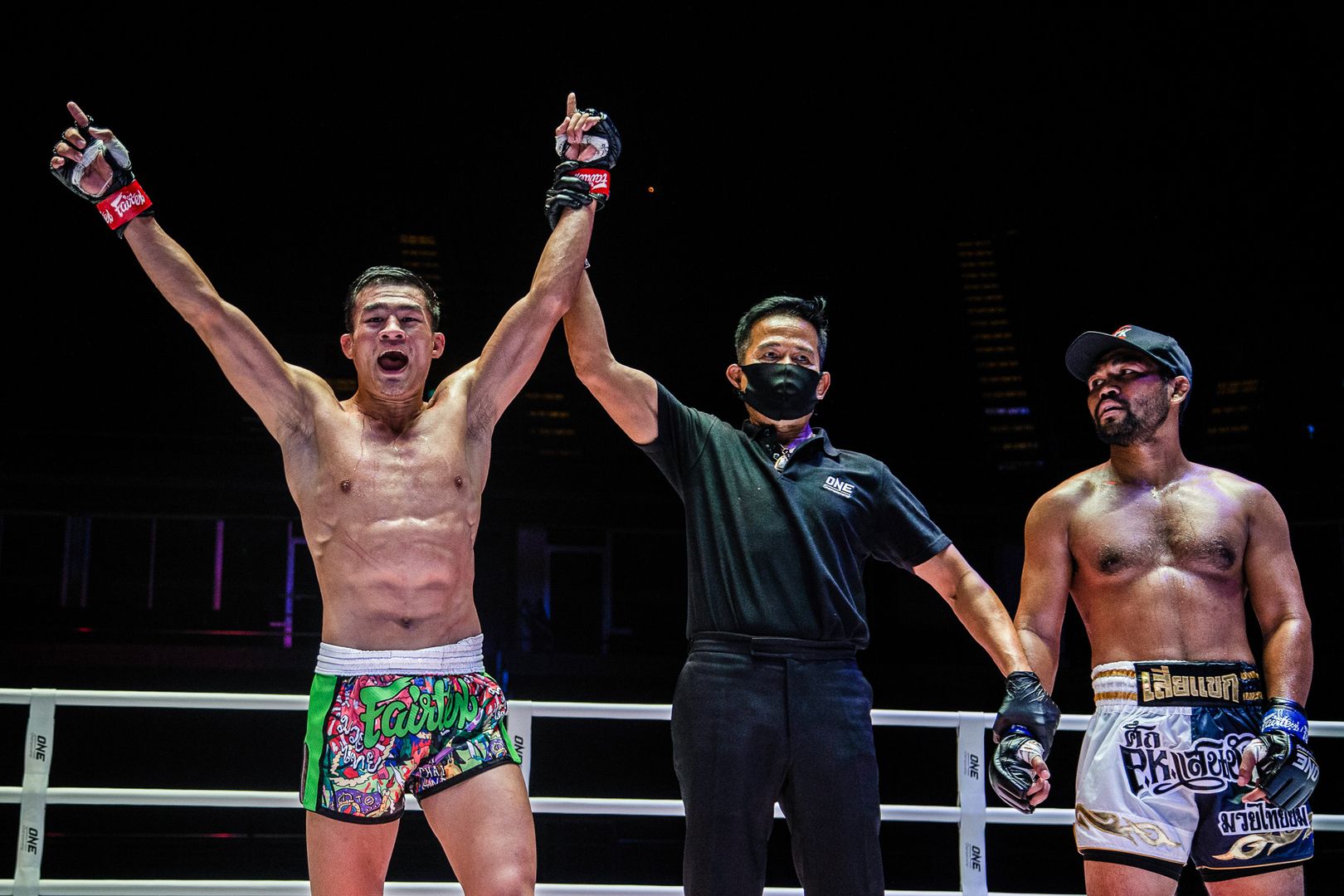 Rodlek attempted one final charge, but Saemapetch pummeled his fellow Thai with punches that – even in the third round – hadn’t lost their speed or their effect.

When the final bell rang, the look on Saemapetch’s face said it all, and the judges’ decision was a mere formality.

The majority decision win advanced Saemapetch to the ONE Bantamweight Muay Thai Tournament final, where he will face the winner of next week’s semifinal bout between “The Million Dollar Baby” Sangmanee Klong SuanPluResort and “Left Meteorite” Kulabdam Sor. Jor. Piek Uthai on 21 August.