Rodlek PK.Saenchai Muaythaigym has gone undefeated since joining ONE Super Series – and now, he’s just two victories away from a shot at ONE World Title gold.

“The Steel Locomotive” will battle compatriot and longtime rival Saemapetch Fairtex at ONE: NO SURRENDER II in the first semifinal matchup of the ONE Bantamweight Muay Thai Tournament on Friday, 14 August.

The winner will reach the final, and the tournament champion will challenge reigning ONE Bantamweight Muay Thai World Champion Nong-O Gaiyanghadao later in 2020.

Ahead of Rodlek’s contest in Bangkok, Thailand, find out how he became one of Muay Thai‘s most talented competitors and used that success to change the lives of his loved ones. 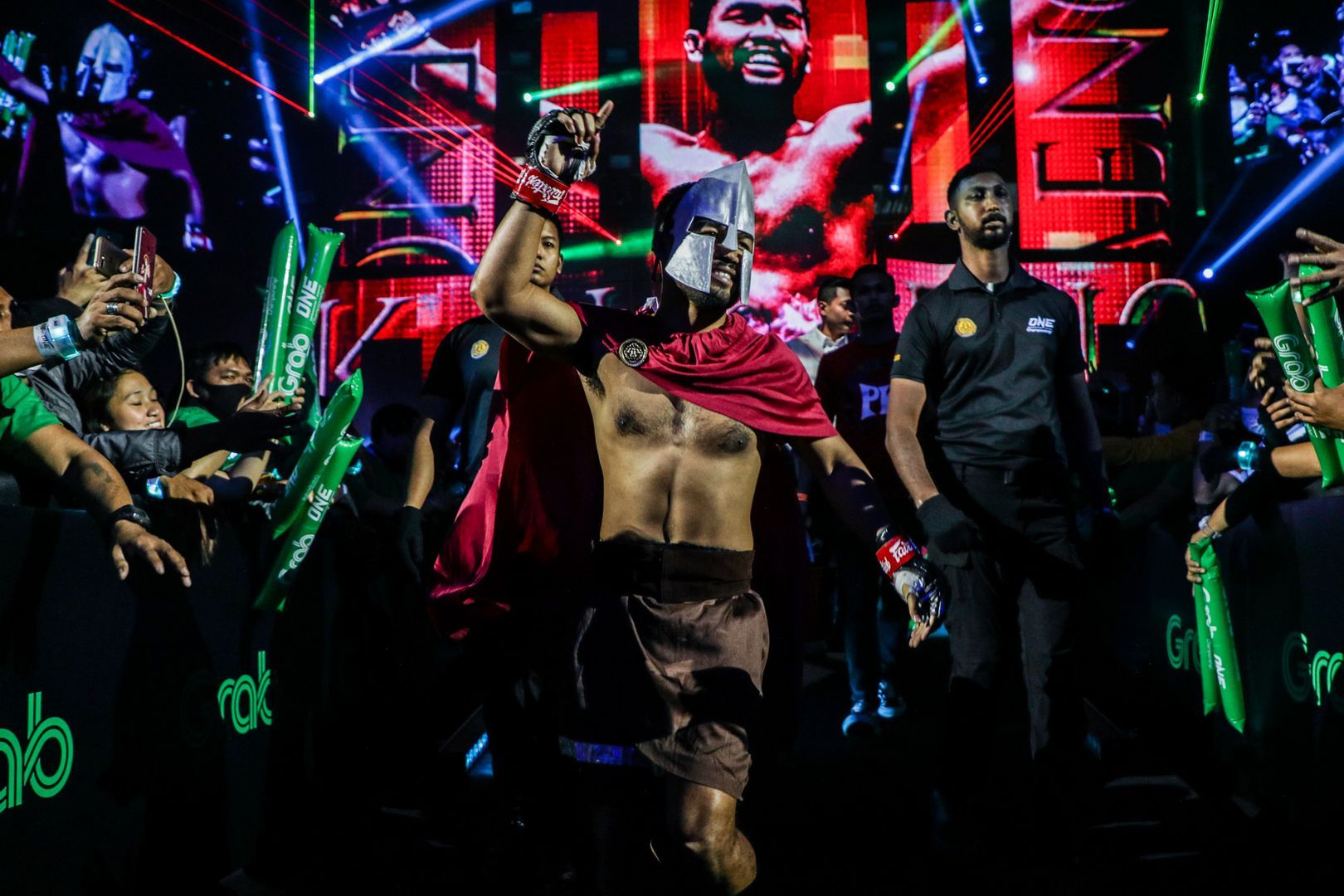 Rodlek learned the importance of hard work and perseverance from a young age, as his family was forced to move from the Surat Thani province to the island of Koh Samui.

“Unfortunately, when I was about 7 years old, my mom had a falling out with her family, and we had to move to the mountains to tap rubber trees,” the 30-year-old says.

“At the time, there wasn’t anyone there. It was just a big forest. We just lived in a hut – whenever it rained, we got drenched. There was no electricity, and we didn’t have a motorcycle, so we couldn’t even go to school.

“However, the owner of the farm felt sorry for us. He helped me and my brother get set up for school and got us a motorcycle to use.

“It was so difficult at the beginning. We literally had nothing. Going through that helped me focus on my career. I’m very, very protective of my parents. Ever since I started fighting, I’ve wanted to help them.”

Luckily, his parents’ good hearts and industrious nature did not go unnoticed. They were invited to move into town to set up shop and sell vegetables. Once they were settled in, Rodlek’s father began fishing to supplement the family’s income.

In time, Rodlek would help his family with the purses he earned from Muay Thai, but long before he competed in Bangkok’s stadiums or reached ONE, he jumped over the ropes at an annual temple fair.

“There were nine days of Muay Thai. I was really interested in competing, but I was also very scared. I was watching with my parents when the promoter announced that they were looking for matchups for the next day,” he says.

“My dad asked me if I wanted to try it, and I don’t know what came over me, but I walked right up to the promoter to be matched up.

“I had no idea what I was doing – the opponent came from an actual gym. I was fairly fit from other sports, but had never trained Muay Thai before. I just jumped in the ring. I managed to make it to the fourth round before the referee stopped it.

Rodlek – with the help of relatives – invested in a sandbag and some boxing gloves. He practiced every day while competing at local festivals. And when he felt ready to face the kid who had beaten him, he asked the promoter for a rematch.

“My wish was granted,” Rodlek says, “and I beat that guy.”

So, at the age of 10, “The Steel Locomotive” truly began his life in martial arts. At first, it was just him and his dad training in front of the house they rented, but things soon changed.

A Big Step Up

Rodlek continued that rudimentary training for two years with the most basic equipment. Then, he got the chance to join an established gym, Jaotalaytong.

“I saw the limits of staying at home. There was a trainer that came by and asked if I would move to their gym, and my dad asked me what I wanted,” Rodlek says.

“I wanted to try it and see how far I could go. It was so different from training at home. They had a system in place – I had to learn everything from scratch.”

It was not just training methods and techniques that he discovered. The youngster also watched as the older athletes at the gym embarked on lucrative careers in Bangkok – a path he hoped to emulate.

“At the very beginning of my career, my purses were so small – just a few hundred baht. I didn’t really think about the opportunities. It was just fun for me,” he says.

“But when I first moved to Jaotalaytong, I started to see what the sport could provide for me and my family.”

Once he graduated from high school, Rodlek set off for his country’s capital to take his career – and his education – even further.

He continued fighting in Bangkok at Sitsongpeenong Gym while he completed his master’s degree in management. And a few years later, he joined one of his country’s most respected training centers – PK.Saenchai Muaythaigym.

Rodlek now trains in elite company at his new gym, which was named Lumpinee Stadium’s Gym Of The Year in 2016.

“It was so exciting to arrive at PK for the first time. I was nervous and worried I wouldn’t make the cut, but I gained so much positive experience from all the fighters and improved,” he explains.

“We’re like a big family. It is great training with so many high-level fighters.”

The move also gave him the chance to compete in ONE Championship, where he’s gone 3-0 in the promotion’s all-striking branch, ONE Super Series.

In his promotional debut in June 2019, Rodlek snatched a hard-earned decision win from the hands of Liam “Hitman” Harrison at ONE: LEGENDARY QUEST. Two months later at ONE: DAWN OF HEROES, he stopped Andrew “Maddog Fairtex” Miller in the third round by KO.

The man from Southern Thailand then made it a hat trick when he bested Chris Shaw by unanimous decision at ONE: FIRE & FURY this past January.

Now, Rodlek finds himself in the ONE Bantamweight Muay Thai Tournament. If he gets past Saemapetch and the winner of the other semifinal – a contest between “The Million Dollar Baby” Sangmanee Klong SuanPluResort and “Left Meteorite” Kulabdam Sor. Jor. Piek Uthai – he will get a shot at the biggest prize of his career.

Rodlek has vowed to win the gold – not only for himself, but also for the man who has supported him from the very beginning.

“Back in the day, my dad drove me to the gym every day. Now he still comes to all my fights in Thailand, always. My father always supports me,” he says.

“And my goal of winning the ONE Championship belt is still there and is not fulfilled yet. That belt, it will be the honor of my camp and my family.”

Read more: 3 Bouts That Could Steal The Show At ONE: NO SURRENDER II