A finish is almost guaranteed when ONE Championship newcomer Ahmed “The Prince” Faress takes on Team Lakay veteran Edward “The Ferocious” Kelly at ONE: FULL BLAST.

When the bout airs this Friday, 28 May, the Egyptian rising star will put his 100 percent finishing ratio to the test against one of the promotion’s most seasoned athletes.

However, it won’t be one-way traffic, as all of the Filipino’s victories in ONE have taken place inside the distance. That means a knockout or submission could come from either side.

With so many potential routes to victory, let’s break down the most important skills that each featherweight will bring to the Circle at the Singapore Indoor Stadium this Friday.

“The Prince’s” martial arts journey started with karate when he was just 6 years old, and that early experience has stayed with him to the present day.

Faress still moves in a wide, side-on stance that allows him to use his side and hook kicks easily, and he also uses lightning-fast high kicks that carry bout-ending potential.

With boxing added to his arsenal — particularly straight punches — the Cairo native now has an array of striking tools in his arsenal that will help him navigate the battle on the feet.

“The Ferocious” will gladly engage in a striking war with any opponent. Hailing from the Philippines’ famed Team Lakay, his wushu skills are up there with the best, and he has the power to match.

Like his stablemates, Kelly is aggressive with his low kicks, but he also features knockout potential in every limb.

Fans witnessed that power in memorable one-shot KO wins over Meas Meul and Vincent Latoel, and the 36-year-old Kelly believes he can do the same in this matchup. 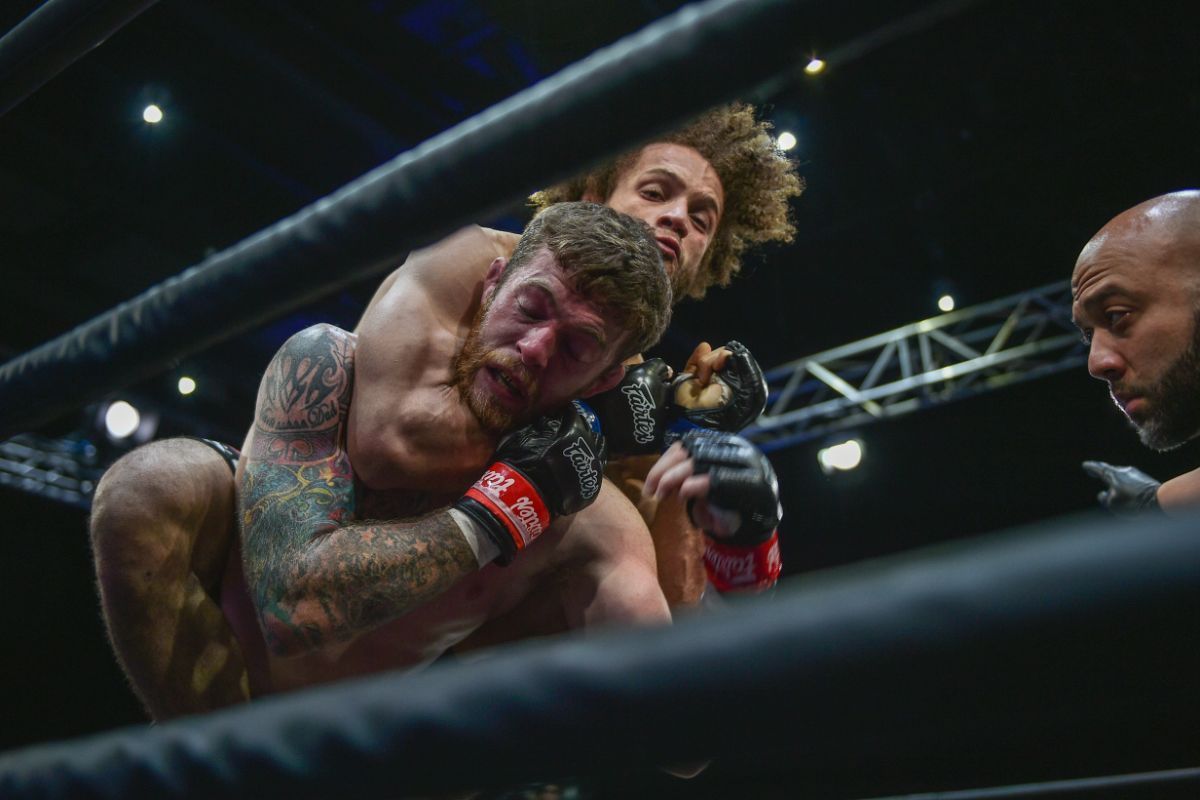 Faress has a knack for getting on his opponent’s back and finishing them with a rear-naked choke.

In fact, he’s produced six finishes with the mata leao in his career so far, including a run of four straight on the Middle Eastern circuit.

Most notably, “The Prince” earned his biggest victory against Alan “The Apprentice” Philpott with the same submission at ONE Warrior Series 10, which proved that it’s still effective against high-class opposition. 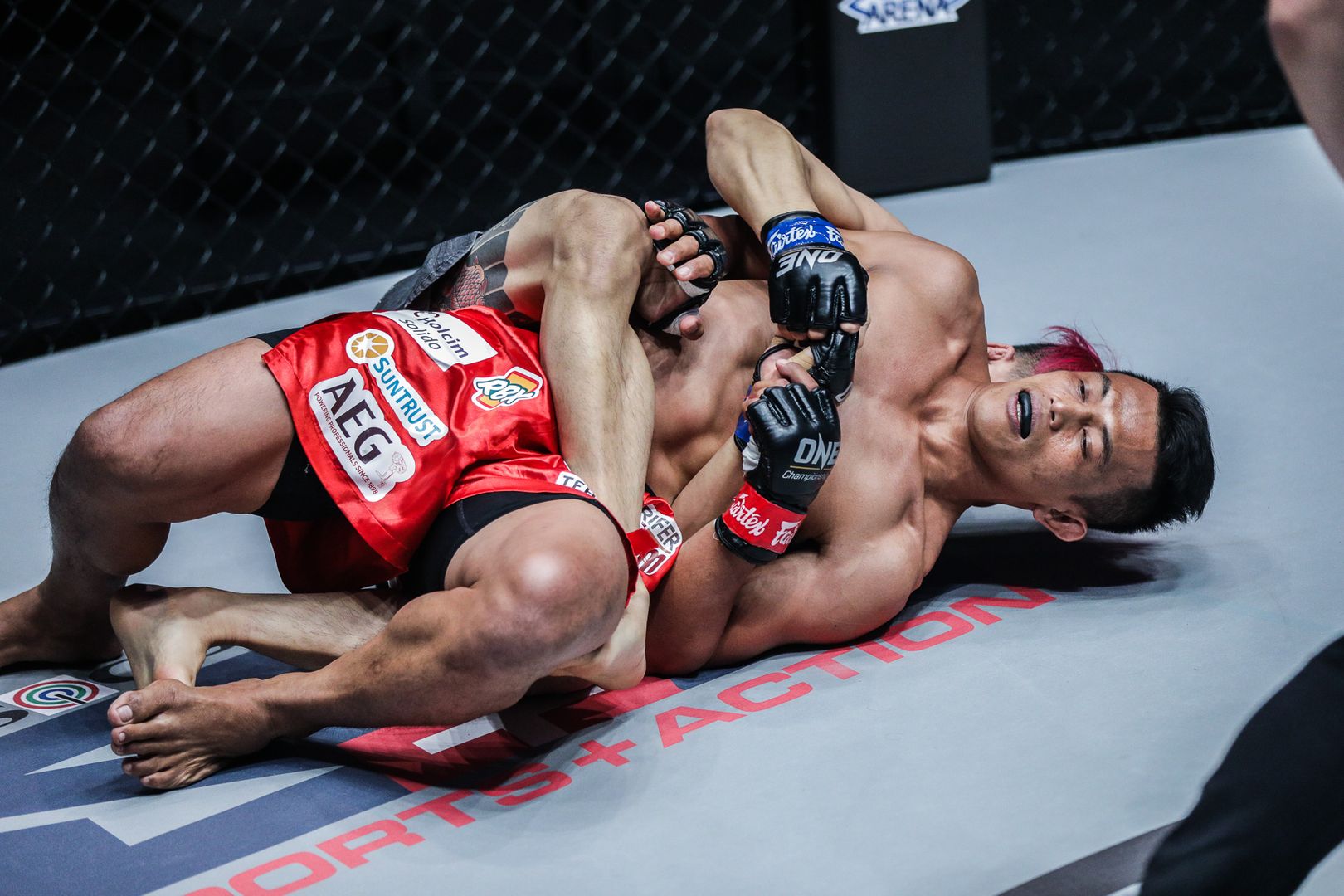 Despite his foe’s skill set, Kelly is a tough nut to crack. The Baguio City native has only been submitted once in his career, and that was more than seven years ago.

He is incredibly durable and has escaped back attacks from some of the featherweight division’s top names. With no quit in him, “The Ferocious” stays in the fight way past the point where others might have waved the white flag.

And with 15 bouts in the world’s largest martial arts organization on his resume, the veteran has done it all under the bright lights and with the world watching – experience that will also weigh in his favor. 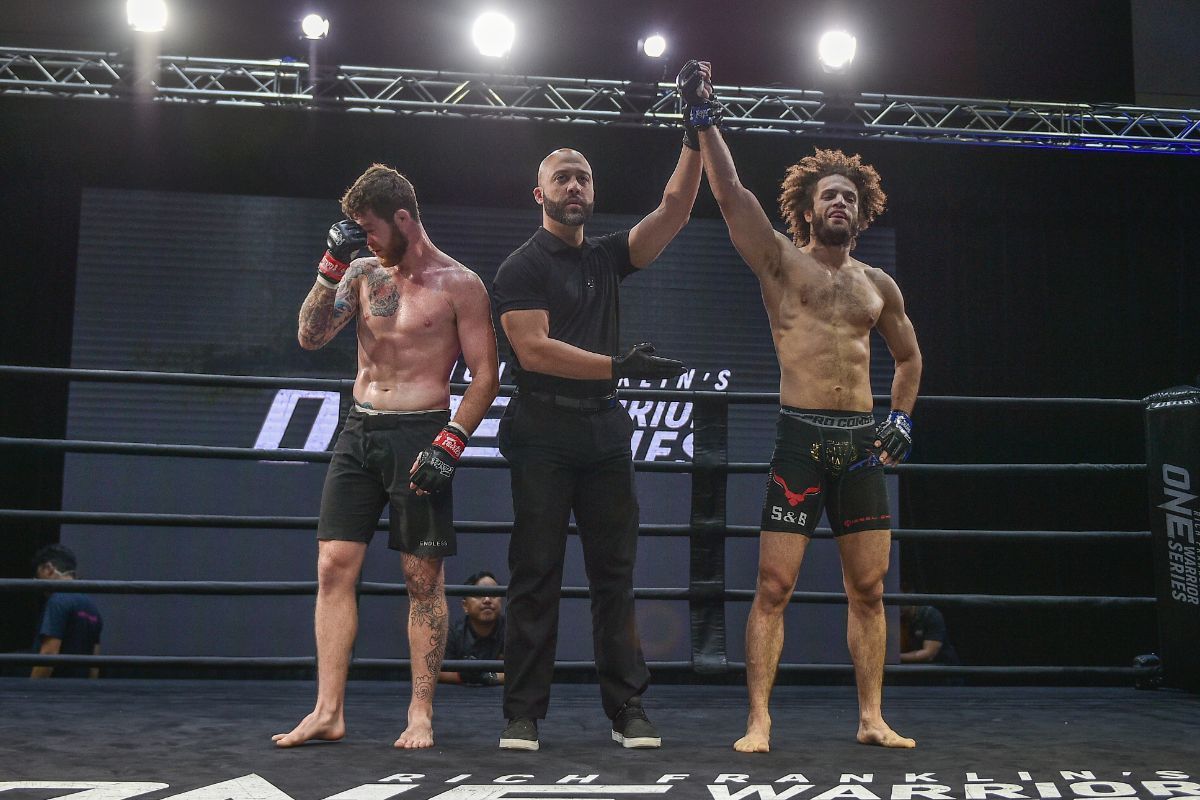 If Kelly defends on the ground and ends up in top position, he will not be out of the woods. Faress does have other routes to victory, and he is particularly adept off his back.

The Saracens MMA athlete owns a lethal armbar that accounts for six of his wins, and he is also good with the triangle choke, which can end the bout on its own or act as a setup for those armbar attacks.

The Egyptian is always busy and looking to attack from the guard, which will give the Filipino plenty to think about.

When Kelly does get on top, however, his main aim is usually to go on the offensive.

South Korean submission specialist Sung Jong Lee threw everything at “The Ferocious” when they met at ONE: ROOTS OF HONOR, but Kelly avoided all of the danger and then let loose with his aggressive ground-and-pound.

That is the story of his top game, and he will not wait to invite Faress to attack. Instead, expect the veteran to pummel his foe by raining down punches with incredible volume in search of the finish.