Saemapetch Fairtex retained his #1 spot in the ONE Super Series bantamweight Muay Thai rankings by stopping #3-ranked contender “Left Meteorite” Kulabdam Sor. Jor. Piek Uthai in the first round at ONE: FULL BLAST.

The Fairtex representative said in a pre-bout interview that he would expose Kulabdam’s weak points, and that’s exactly what he did in their main event clash, which aired on Friday, 28 May. 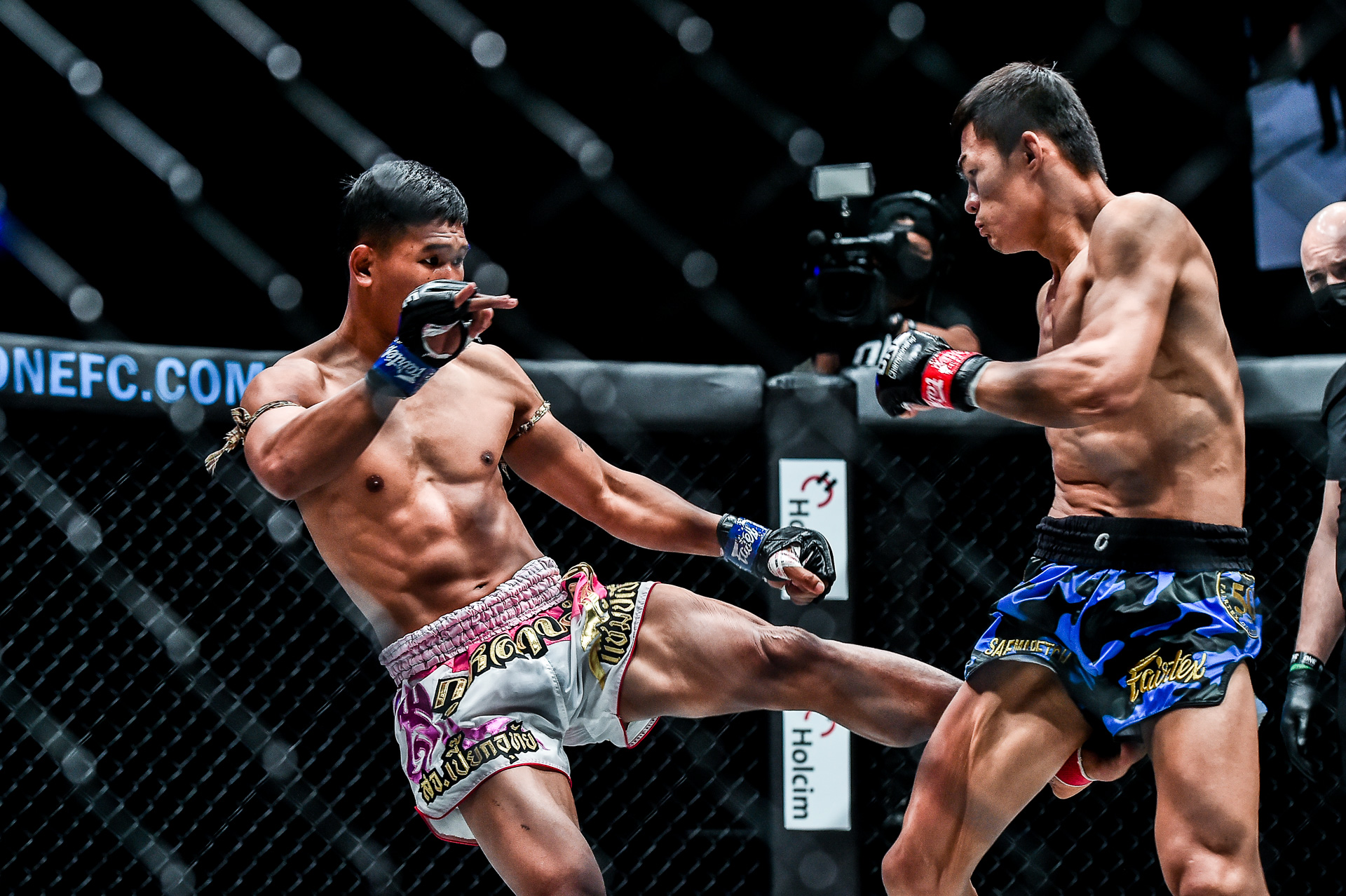 When the bell sounded for round one, Kulabdam advanced, stabbing Saemapetch’s legs with aggressive push kicks that kept the Fairtex athlete under pressure. Saemapetch retreated, nearly backing himself against the Circle Wall, but he remained patient and waited for his chance to strike.

That chance didn’t come, though, as Kulabdam teased his Thai compatriot with right jabs from the southpaw stance. Then, in explosive fashion, he heaved a right hook at Saemapetch but only grazed his glove as the latter leaned back. Seconds later, “Left Meteorite’s” low kick found its mark, and the sound of his shin thumping against Saemapetch’s thigh filled the Circle.

The Sor. Jor. Piek Uthai standout kept poking Saemapetch with his right jab, waiting to get a reaction from his foe, and when the #1-ranked contender finally tried to counter with a right hand, Kulabdam clobbered him with a right hook – this time landing cleanly on the chin. 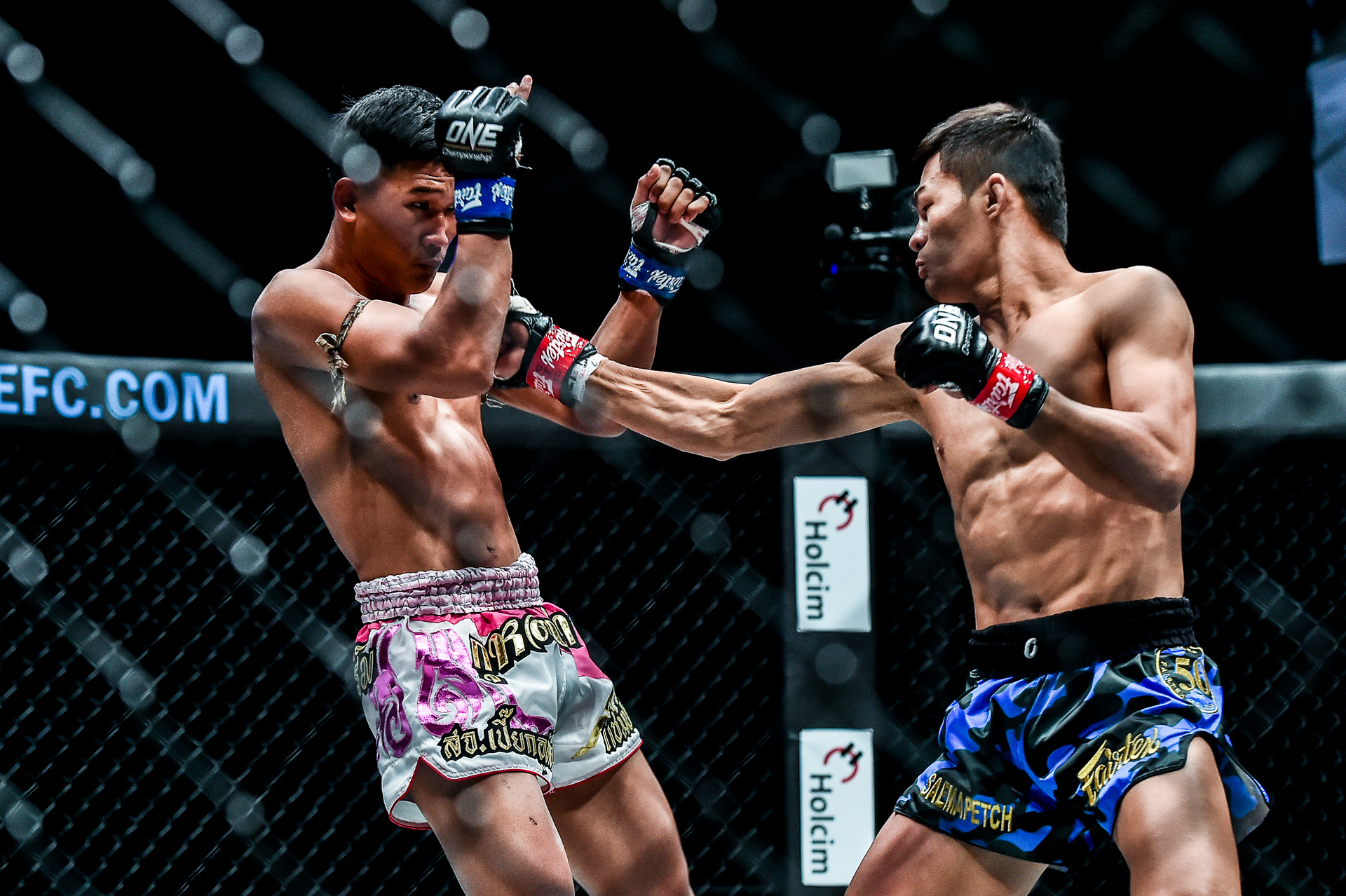 Saemapetch quickly tried to invalidate his compatriot’s attack with a right hook-straight left combo to the body, but Kulabdam curled up in defense and absorbed the blows. Afterward, “Left Meteorite” returned to his low kick, while Saemapetch snapped jabs at him.

The tension rose at the Singapore Indoor Stadium, and it was obvious to everyone watching why that was. The accuracy and pressure from Kulabdam could’ve ended the top-ranked contender instantly, and the practical and methodical attacks from the Fairtex man could’ve done just as much damage.

With that, the two athletes played a tense game of chess at the center of the Circle, with neither of them wanting to expose themselves for an attack. But referee Olivier Coste, wanting to see more action in the main event, called a timeout and encouraged both sides to pick up the pace.

The fighters obliged, as Kulabdam sprung forward with low kicks and Saemapetch tossed out jabs. But the Fairtex man’s attacks were bait – and his countryman bit. 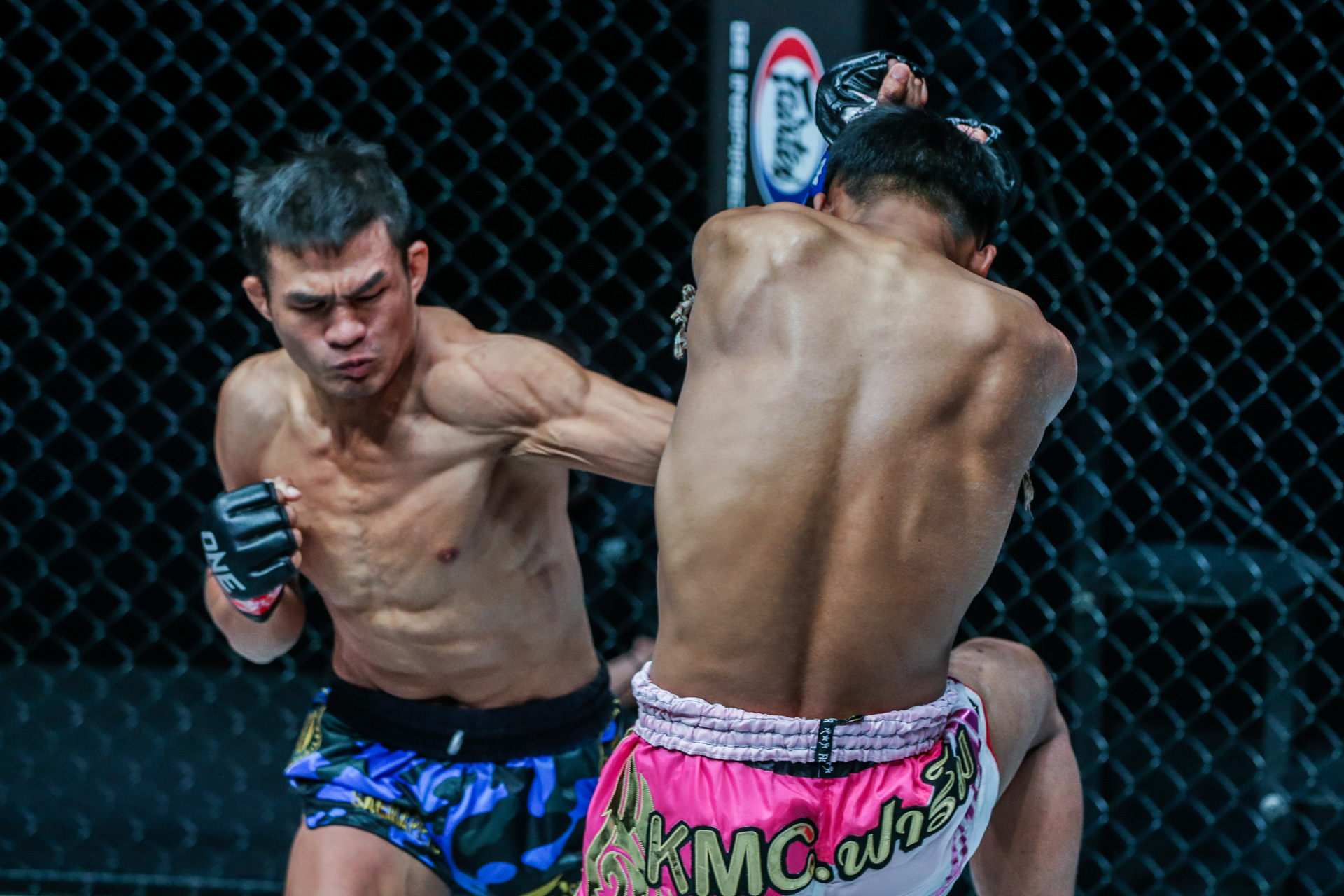 The next time “Left Meteorite” threw a left low kick, Saemapetch thwarted the attack with a right hook-left cross to the liver that crumpled Kulabdam to the canvas.

A knee from Saemapetch on the way down was the finishing touch as Coste waved off the action at the 2:07 mark of round one.

The victory nudged Saemapetch’s record to an impressive 123-16-1 and kept him as the division’s top-ranked contender under ONE Bantamweight Muay Thai World Champion Nong-O Gaiyanghadao – the only man to beat the Fairtex product in his promotional tenure.