One week after its latest blockbuster, ONE Championship is returning with a heavy-hitting sequel.

This Friday, 11 December, the world’s largest martial arts organization will air ONE: BIG BANG II, which was previously recorded at the Singapore Indoor Stadium.

The global fan base will be treated to a trio of thrilling mixed martial arts bouts, a pair of explosive kickboxing battles, and a pivotal Muay Thai showdown between elite flyweight strikers.

Before the action gets underway, we’ve picked out the five biggest reasons to watch ONE: BIG BANG II on Friday.

ONE Flyweight Muay Thai World Champion Rodtang “The Iron Man” Jitmuangnon rules the division with an iron fist, and while everyone wants a shot at the king, the two men competing in Friday’s main event have extra motivation.

Former titleholder Jonathan “The General” Haggerty is making his long-awaited return after losing to Rodtang in their rematch 11 months ago, and he’s eager to earn a trilogy bout with the Jitmuangnon superstar.

The lanky Brit is known for his aggression, sharp elbows, and the methodical way he picks opponents apart. But while Haggerty often utilizes his reach to attack opponents from distance, he may not have that opportunity on Friday night.

That’s because Shoot Boxing Champion Taiki “Silent Sniper” Naito will enter this matchup with a 2-centimeter height advantage and a phenomenal four-bout winning streak. He’s found success by employing his phenomenal defense, countering his adversaries, and fiercely tagging them off the back foot.

By defeating Haggerty, the Japanese star would undoubtedly break into ONE’s Athlete Rankings and be on the cusp of his longtime goal – a World Title challenge of Rodtang.

The co-main event features a potential fight of the night between top-ranked lightweight kickboxers.

The Dutch kickboxing legend, who has 92 career wins, is a lethal striker with dangerous boxing skills. Those skills were on full display when he knocked out Cosmo “Good Boy” Alexandre and outworked #2-ranked contender Mustapha “Dynamite” Haida.

Similar to Haggerty, Holzken is looking to earn a trilogy bout against the man who’s defeated him twice – reigning ONE Lightweight Kickboxing World Champion Regian “The Immortal” Eersel.

To get there, he’ll need to beat top contenders like #5-ranked Elliot “The Dragon” Compton, a calm and methodical striker who’s blended Muay Thai with kickboxing to create his potent stand-up arsenal.

Both Holzken and Compton have distinctive style and flair, which will make for a riveting clash on Friday. Ever since Thanh Le defeated the division’s longtime king, Martin “The Situ-Asian” Nguyen, for the ONE Featherweight World Title belt in October, there have been lots of whispers about who might challenge him first.

There could be a rematch with Nguyen, a fresh new challenge from Garry “The Lion Killer” Tonon, or perhaps Tetsuya “MMA Fantasista” Yamada could become “the first man up” for the Vietnamese-American kingpin.

Yamada, the #4-ranked featherweight contender, is the most experienced fighter in the chasing pack. He holds a 26-7-2 record, has won 9 of his last 11 contests, and frequently competed in higher weight classes before making the featherweight division his permanent home.

The Japanese warrior could throw his name into the mix if he earns a statement-making victory at ONE: BIG BANG II.

But that won’t be easy. “The Fighting God” Kim Jae Woong is one of the division’s most talented up-and-comers. The South Korean striker, who owns a 10-4 record, most recently fell to #3-ranked contender Koyomi “Moushigo” Matsushima, so he would love nothing more than to stun Yamada and take the Japanese athlete’s spot in ONE’s Athlete Rankings. 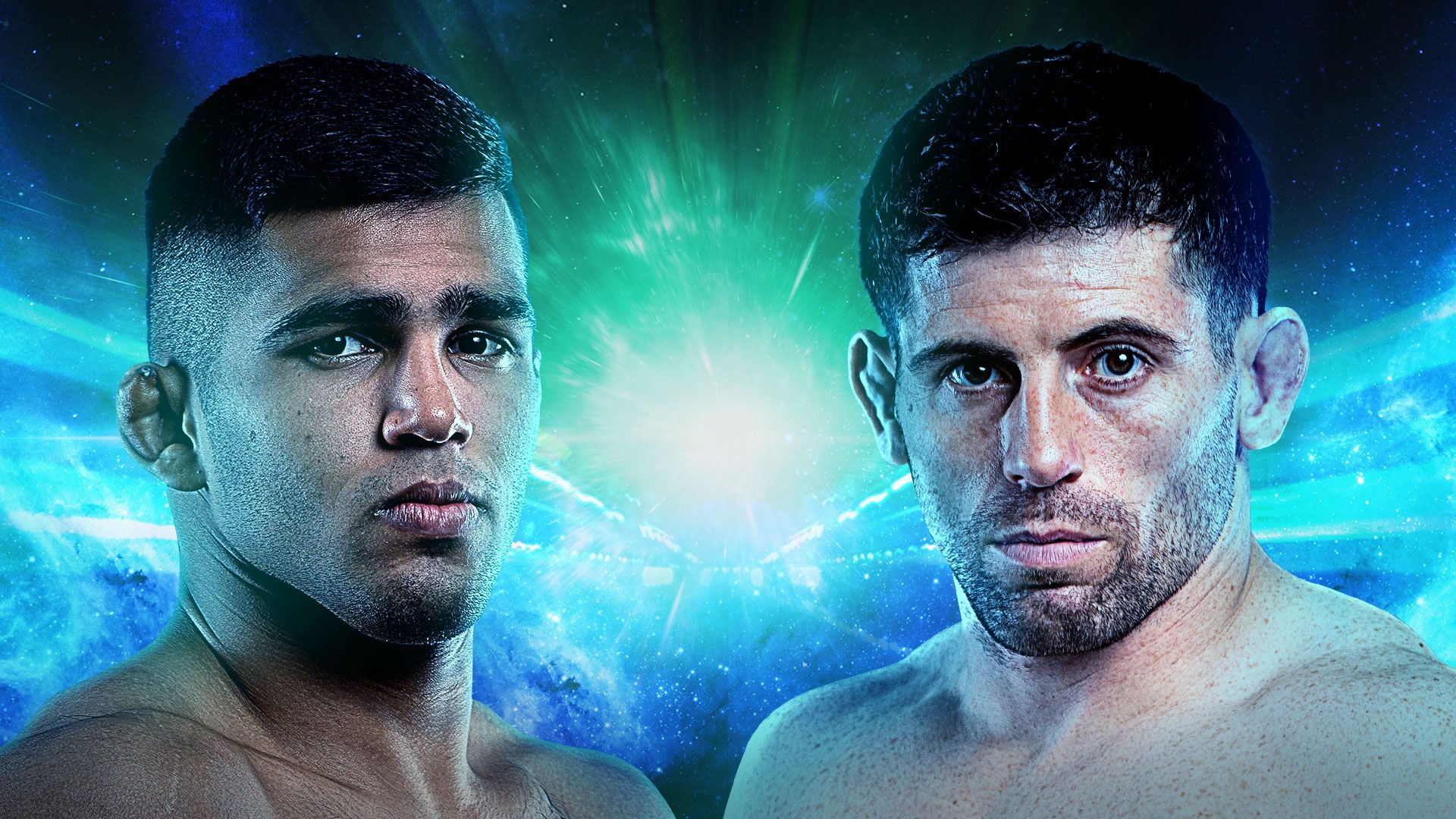 Two of the welterweight division’s biggest stars will make their returns in Singapore, as Malaysian sensation Agilan “Alligator” Thani squares off against former ONE World Title challenger Tyler McGuire.

This is McGuire’s first time back inside the Circle since suffering his only career blemish at the hands of Zebaztian “The Bandit” Kadestam, who beat him for the vacant ONE Welterweight World Title in November 2018.

The American has been recovering from some nagging injuries and took a break to refresh his mind. But now, he’s eager to return to action, use his blended arsenal to push the pace for up to 15 minutes, and storm his way to a shot at the current ONE Welterweight World Champion, Kiamrian “Brazen” Abbasov.

But McGuire isn’t the only one who wants a date with the Kyrgyzstani wrecking machine; “Alligator” also wants a piece of his former foe.

When Thani enters the Circle, fireworks are guaranteed. The 11-4 Kuala Lumpur native loves to utilize his Brazilian Jiu-Jitsu, but he isn’t afraid to stand and trade. What’s more, he possesses a true warrior spirit, as he will tirelessly fight in search of a finish.

Thani will also be extra motivated because he desperately wants another crack at Abbasov, whom he fought while injured and ultimately lost to back in December 2018.

There isn’t a clear-cut contender for the reigning welterweight king, so this matchup could go a long way to deciding the next challenger.

Fans should be thrilled to see a trio of promotional newcomers on Friday night.

The event marks the grand premiere of Errol “The Bonecrusher” Zimmerman, a multiple-time Muay Thai and Kickboxing Champion who could become a player in the heavyweight ranks.

He is scheduled to face fellow promotional debutant Rade Opacic, a Serbian Muay Thai Champion who is looking to make a name for himself in ONE Super Series.

Finally, Ali Motamed will make his main roster debut after an exciting run on Rich Franklin’s ONE Warrior Series.

The Iranian bantamweight will meet ONE Jakarta Tournament Champion “The Ghost” Chen Rui in the opening bout of ONE: BIG BANG II.