Jonathan “The General” Haggerty knows he must make a major statement to climb back into World Title contention.

The former ONE Flyweight Muay Thai World Champion will face off against Japanese star Taiki “Silent Sniper” Naito at the previously recorded ONE: BIG BANG II this Friday, 11 December – and his intentions are clear.

“I’m going to be trying to pull some tricks out of the bag. Let’s get this World Title back.”

The 23-year-old Londoner exploded onto the ONE Super Series scene when he defeated Joseph “The Hurricane” Lasiri in January 2019.

That win earned Haggerty a shot at Sam-A Gaiyanghadao’s ONE Flyweight Muay Thai World Title in May 2019, and he’s competed exclusively in World Championship bouts ever since.

First, Haggerty won the gold in a stunning contest with Sam-A, leading to his first battle with Rodtang “The Iron Man” Jitmuangnon. In the best ONE Super Series Bout of 2019, Rodtang narrowly bested the British striker across five rounds of nonstop action to claim the belt.

This past January, however, the Thai sensation won more emphatically in the much-anticipated rematch with Haggerty, who currently stands as the division’s #3-ranked contender.

In order to earn a third crack at the reigning king, “The General” will use his previous experiences to build himself back up.

“[I learned you need to] leave all emotions outside of the ring, listen to your cornermen, stick to a game plan, and don’t let Rodtang pull you into a fight — which I did,” Haggerty reflects. Naito is a new challenge, however, and a much different proposition than the marauding style of “The Iron Man.” As his moniker suggests, “Silent Sniper” employs a more patient and clinical approach to his offense.

Haggerty recognizes what he’s up against and knows he must find a way to win in order to climb the divisional ladder.

“Naito’s main attributes are his counter-attacks. He likes to make you overstretch, and once you do, that’s when he counters,” the Brit offers.

“I don’t think he’s got a spot in the top five yet, in my opinion. Like I said, I think a spectacular KO in this one, then maybe [I could face] the top two, Panpayak [Jitmuangnon] and Superlek [Kiatmoo9]. Then, hopefully, get my own chance [at the World Title] again.

“[Petchdam Petchyindee Academy is also] 100 percent a fight that I’m interested in. I fight well against southpaws. That would be amazing, so bring it on.” 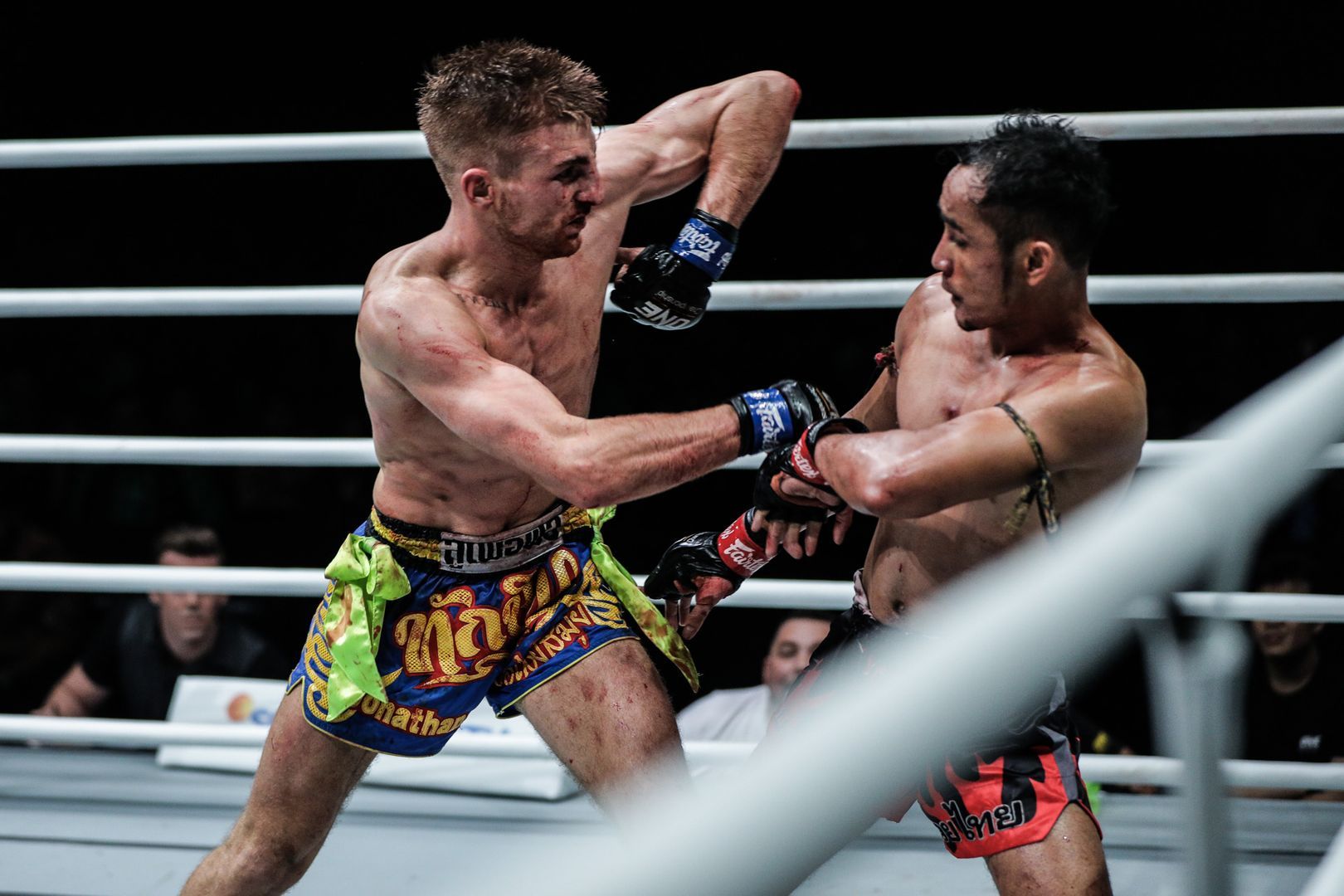 It’s clear that Haggerty is more motivated than ever.

With his back against the wall, he’s trained hard and smart to prepare for battle. Setbacks have only made his hunger to regain the World Championship gold stronger, and he’s fully focused on delivering a memorable finish in Singapore to remind the division what he’s all about.

“I’d say [I will win by] round-two stoppage. A Jonathan Haggerty downward elbow – then maybe a new trick that I’ve developed in training, so get ready for it,” he proclaims.

“One-hundred percent, I will be back at the top.”