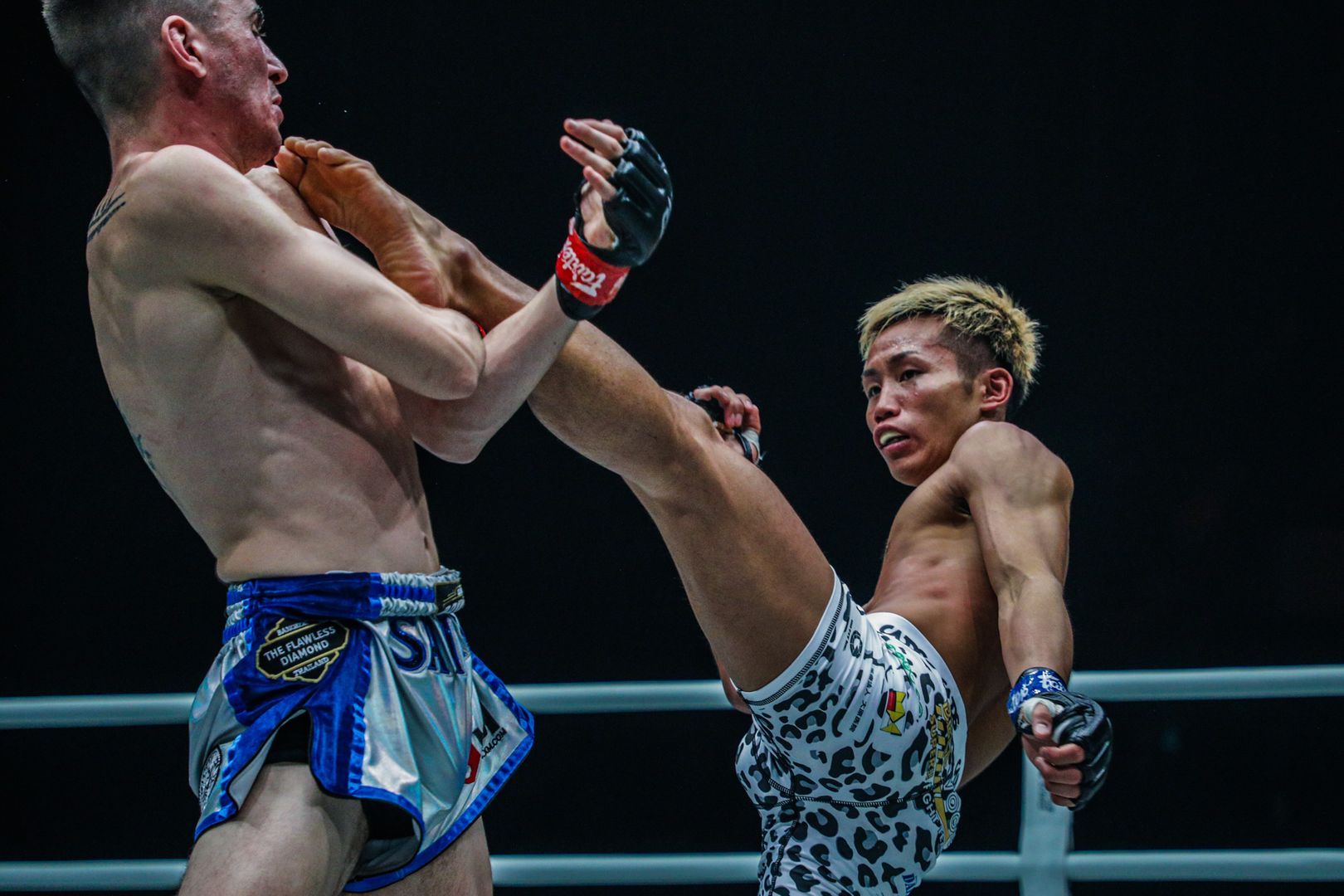 After putting on one of the best performances of the night at ONE: WARRIOR’S CODE, Taiki “Silent Sniper” Naito believes he should be in the conversation for a World Title shot.

On Friday, 7 February, the Japanese striking ace earned his third and most impressive win in ONE Super Series when defeated “The Baby Face Killer” Savvas Michael Petchyindee Academy in Jakarta, Indonesia.

Michael is known as one of the brightest young stars in “the art of eight limbs,” but despite a promising start from the Bangkok-based Cypriot, he was knocked down twice en route to Naito winning a landslide unanimous decision.

Now, after the extension of his perfect record, the man from Aichi, Japan, has his eye on a bout with the top dog in his division, ONE Flyweight Muay Thai World Champion Rodtang “The Iron Man” Jitmuangnon.

Following his return home after the biggest win of his run in The Home Of Martial Arts, Naito reveals how he thinks he might fare against the best athletes in his weight class, as well as his thoughts on his role in a brilliant contest at the Istora Senayan.

ONE Championship: How did you feel in the days leading up to the match in Jakarta?

Taiki Naito: Looking back, there were lots of emotions – the usual pre-fight nerves – but I just went over the game plan again and again.

ONE: How did you feel you did in the first round?

TN: His pressure was strong and I felt he was catching me out somewhat. I kept moving back and watching what he was doing. Honestly, he won the first round.

I knew fine well Michael is a strong and dangerous fighter. Nothing in particular surprised me, but when we made the game plan we knew his punching skills were very strong. The first thing I noticed was that I’d be in trouble if even one [punch] landed.

ONE: Did the rest of the match go as you had envisioned?

TN: Yes, honestly, the punch I knocked him down with was as I’d imagined. However, I didn’t think it would land so cleanly, so part of me was a bit surprised about that.

ONE: Did you practice that right punch in training?

TN: Yes, in training, but in the match, it wasn’t so much because of my awareness as the instructions from my corner. The technique I caught him with was basically me believing in my corner.

The step off to the left was just automatic in the fight. I did choose the timing, but I was surprised it went in so cleanly. I could feel he really wanted to land his right punch, so I was constantly looking for that timing. 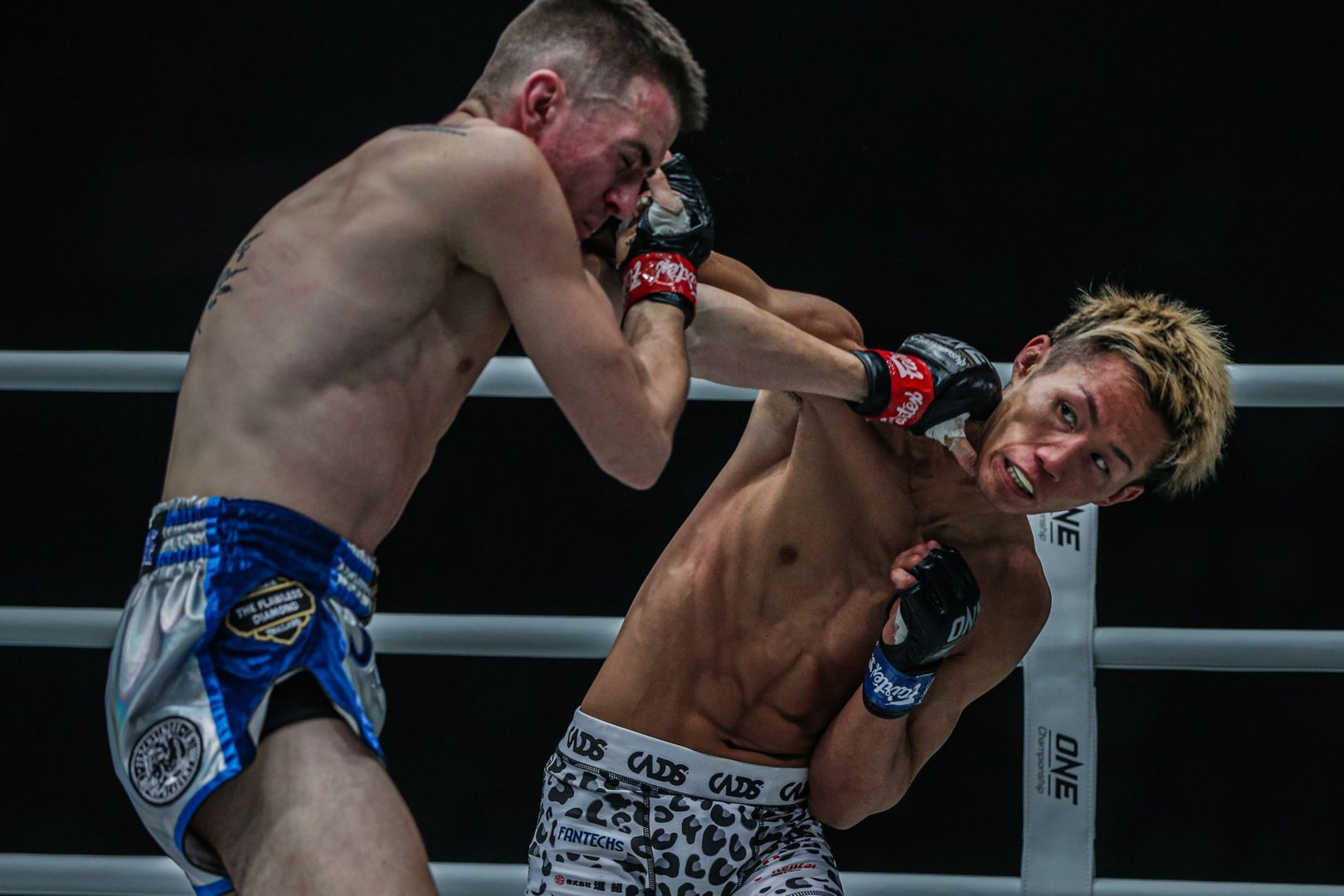 ONE: Did you feel you could get the finish after the first knockdown in round two?

TN: No, in the second round I felt that he got up quickly, so I decided not to be impatient or force it.

I held back deliberately. In the third round, I had a hunch I could finish it, but he got up quickly again. Normally, I might go in a bit carelessly and forcefully for the finish, but I could tell he hadn’t faded – he was still alive – so I decided to be calm and composed.

If I were to get the finish it would have had to have been by brute force.

ONE: How are you feeling now?

TN: I feel a sense of relief at getting a good result, and at the same time I think I’ve shown I’m ready for stronger fighters.

I have been building my career, and now in ONE with the open-finger gloves, it’s going well. 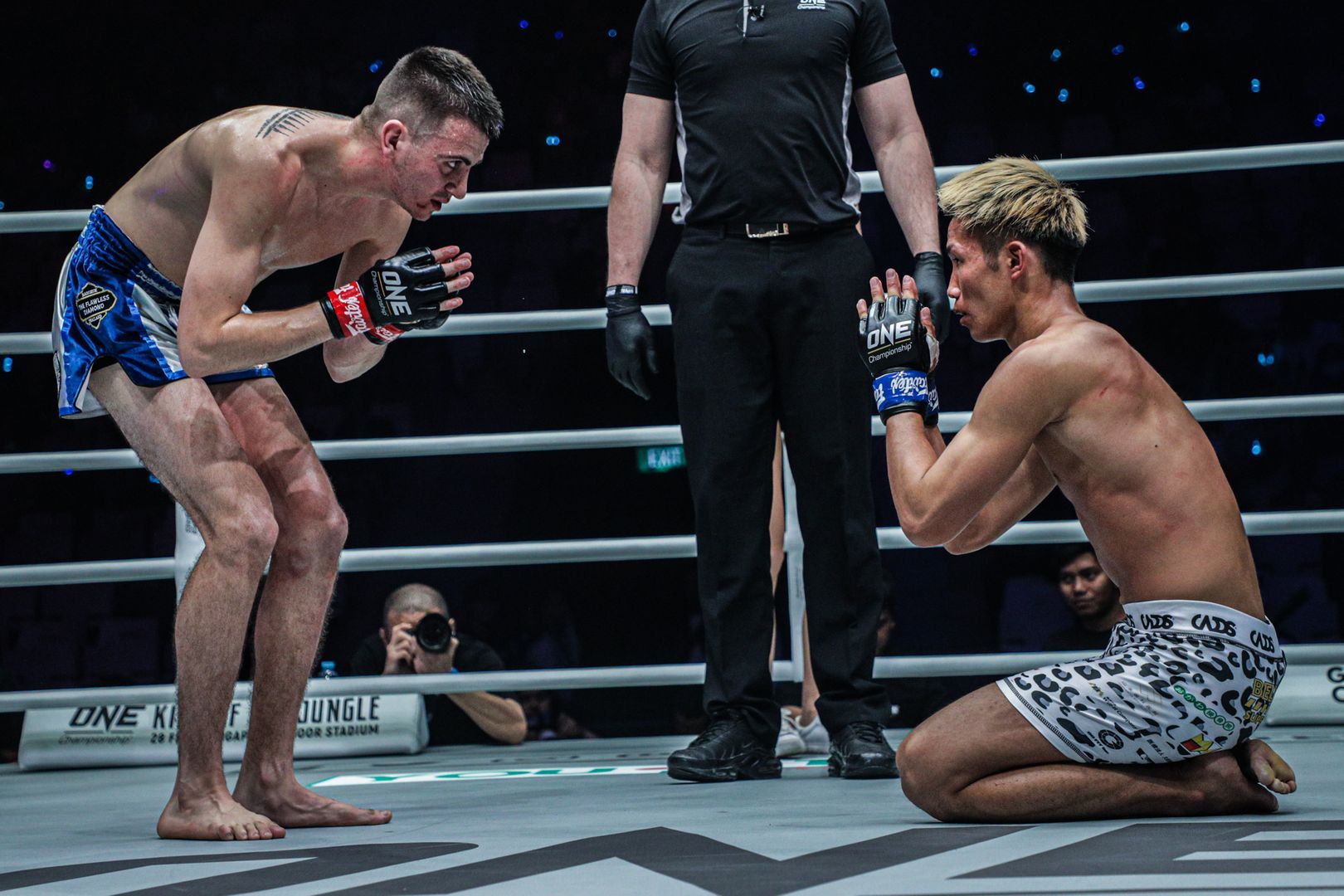 ONE: Do you feel you are closer to a title match with Rodtang?

TN: I think so. It feels like it’s getting closer. Michael is a strong fighter, so I feel my name is a bit more well-known now.

TN: If possible, I’d like a title match. I’ll wait and always be prepared. I have 100 percent confidence, so I don’t have any preference when it is.

[If not, I want] any Thai fighter or someone who has held titles. There’s no one in particular, but I’d like someone even stronger.

ONE: How do you feel your style matches up with classic Muay Thai athletes?

TN: My style is not completely Muay Thai, so that’s my key. If I were to try a Muay Thai style against Thai fighters, they have technique from their careers in that, but I have my instinctive karate movement and that’s my key.

I want wins over stronger fighters and to show the world that this Japanese fighter can keep winning.

Read more: Itsuki Hirata Breaks Down How She Passed Her Toughest Test 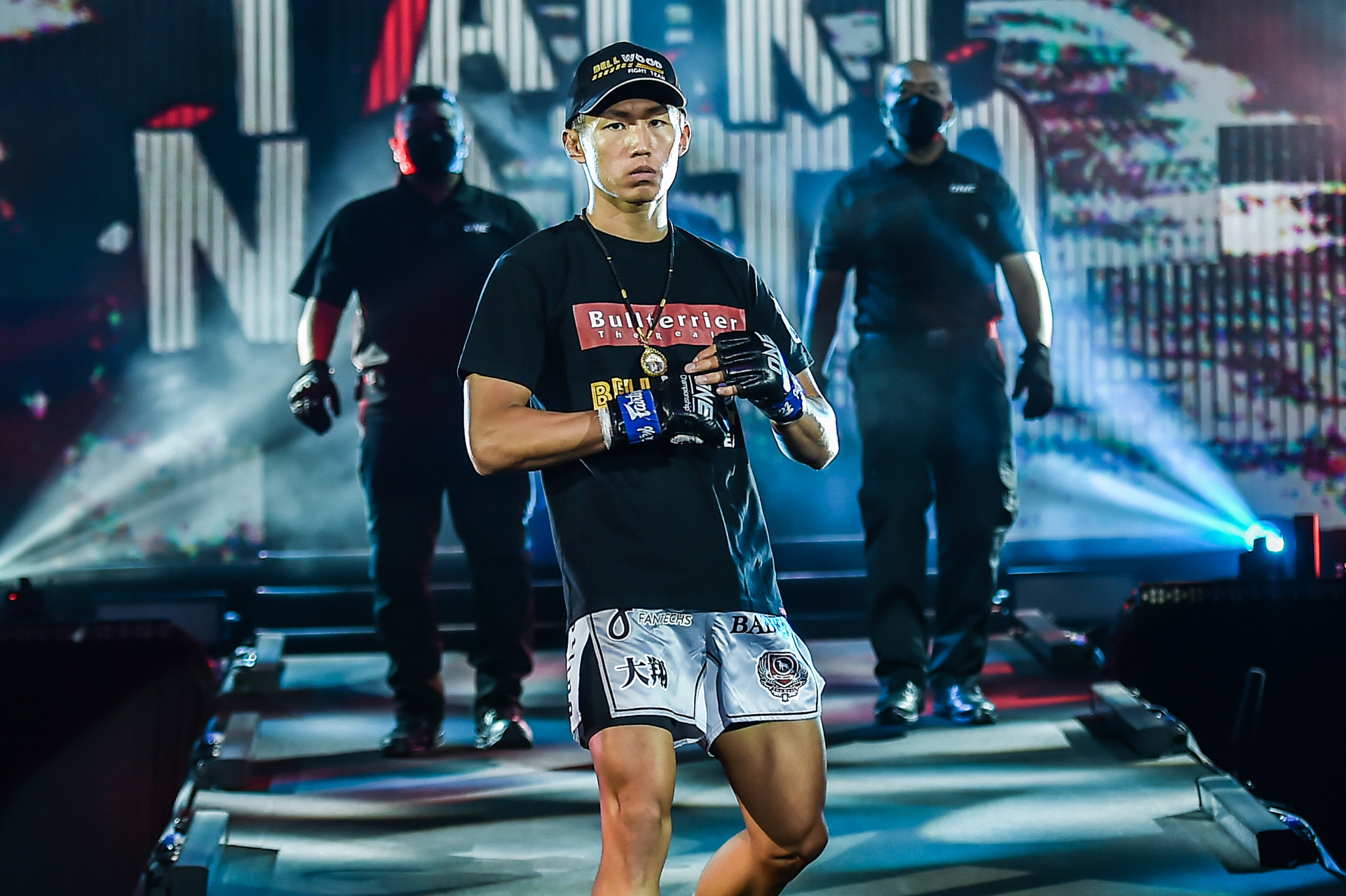 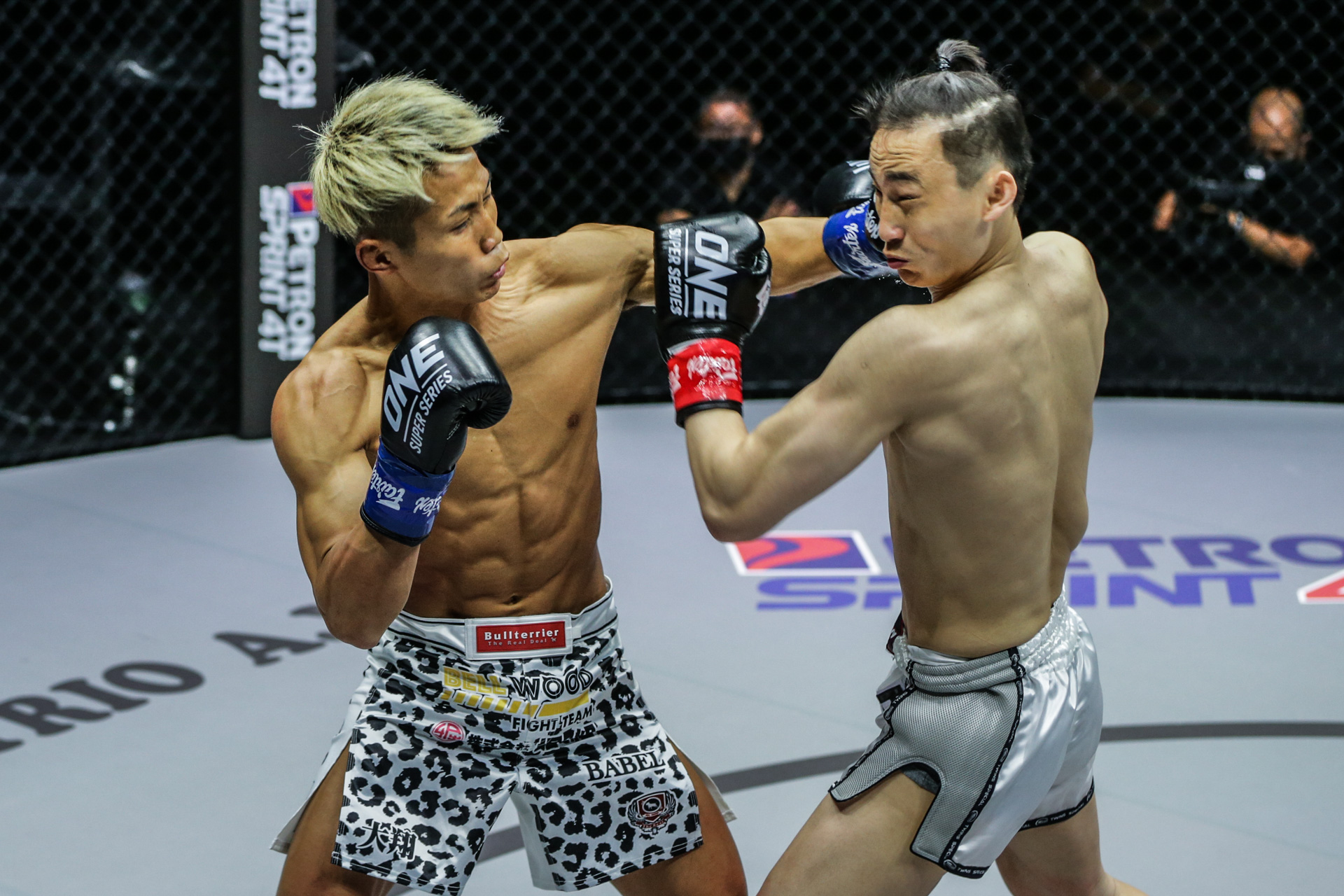