Petchmorakot Petchyindee Academy had to adjust at the last minute to face a surprise opponent, but he showed his class to make Muay Thai history at ONE: WARRIOR’S CODE.

On Friday, 7 February, the 25-year-old from Bangkok, Thailand, became the first ONE Featherweight Muay Thai World Champion thanks to a brilliant performance in Jakarta, Indonesia.

Up against the fearless Pongsiri PK.Saenchaimuaythaigym at the Istora Senayan, Petchmorakot was put under pressure from the opening bell, but he stayed cool to put on a virtuoso performance, during which he appeared to win all five rounds.

“The first round was really sabai sabai. I was confident I’d win,” he explains.

“He was just coming forward. I was able to pick my shots. There was no way I was going to lose this fight, but he was coming forward, and wouldn’t give up. I couldn’t knock him out, but I could win on points. My shots were cleaner.

“I went into round five fighting like I would have fought in round one. You just never know and have to keep going. I felt like I did a good job, I’ve improved a lot in terms of keeping busier and more active. I’m more aggressive than before.”

The Thai superstar showed the superb skills he is best known for, but also showed how he is evolving as an athlete in the way he adapted to his new opponent.

Petchmorakot had trained for two months to face Jamal Yusupov, and had come up with a game plan that would have made more use of his elbows. However, that went out of the window when the Russian was forced to withdraw.

Against Pongsiri, his jab was an effective tool, and although he says “it is not his strongest weapon,” he used it to great effect – he scored with it, dealt damage, and maintained distance well. That should be a source of satisfaction for Petchmorakot when he goes back and reviews the match, though he is already hugely proud of what else he achieved.

Though his preparations were affected by the late change of opponent, it meant that he got the chance to compete for his sport’s top prize against one of his compatriots and show the world what “the art of eight limbs” is all about.

“It was my first time fighting a Thai outside of Thailand. It was exciting to showcase Muay Thai to the world,” he says.

“It meant a lot because win or lose, the title was going to stay in Thailand. This was a great opportunity for Thai people.

“My opponent was nonstop – he really wanted the win. We’re Thai! Neither of us was ready to yield to the other. I admire him a lot and thank him for stepping up.” 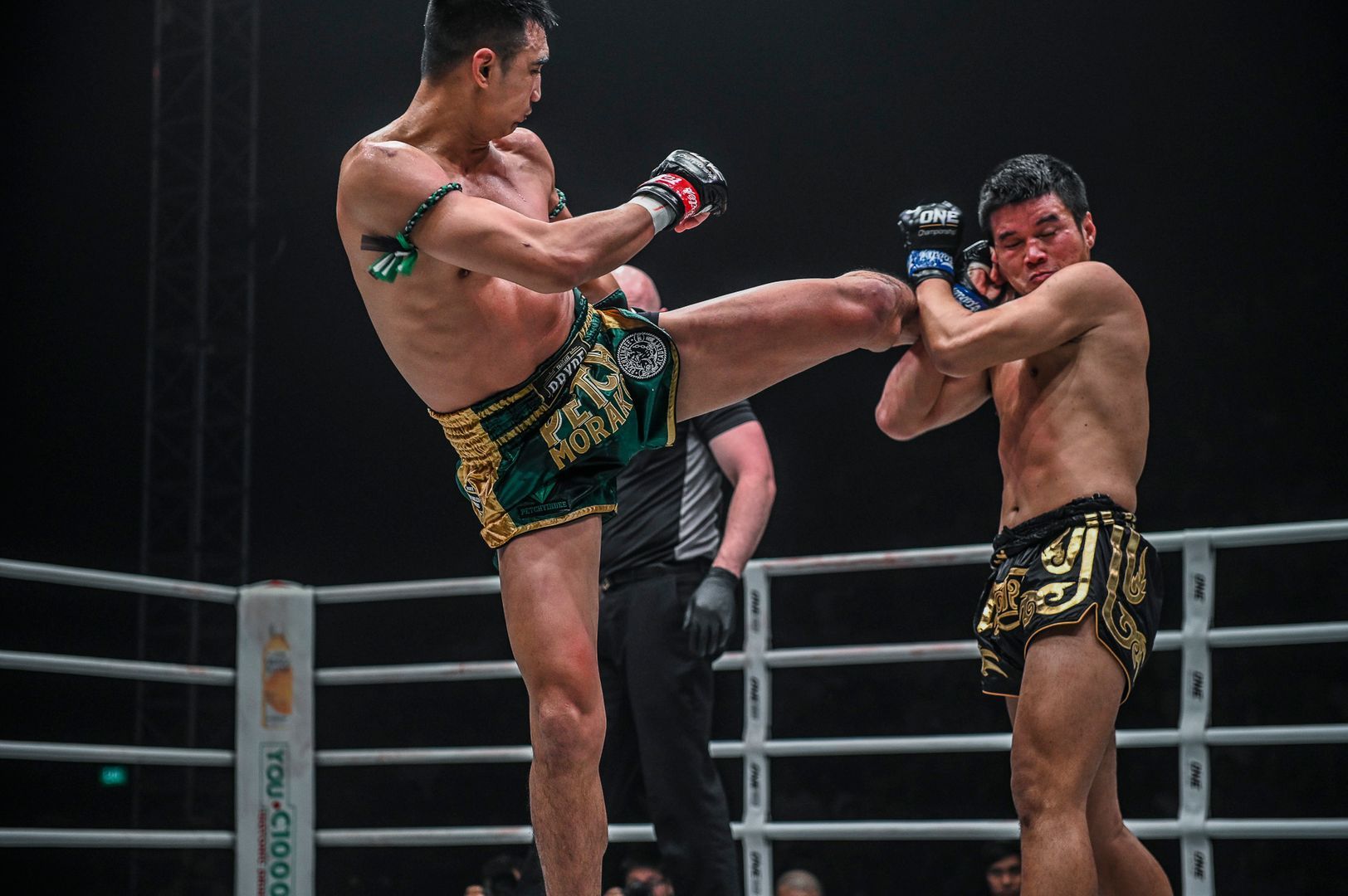 Following two months of intense training for this opportunity, and a hard five rounds in the ring, Petchmorakot says he will take a few days to rest and recover back home in Ubon Ratchathani.

After that, he will return to Petchyindee Academy in the Thai capital, where he will begin his preparations to defend his belt against whoever ONE Super Series matchmakers deem worthy of a title shot.

“I will go back to my hometown, visit my family and pay respect to the monks and ask Buddha for luck. I’ll be home for around 10 days. Then I will come back to the camp and train.”