ONE: WARRIOR’S CODE got started in Jakarta, Indonesia with six exciting lead card match-ups that gave the Istora Senayan crowd plenty to cheer.

If you missed any of the action from the early portion of the event on Friday, 7 February, check out the recap and highlights right here.

Nyrene “Neutron Bomb” Crowley took Itsuki “Strong Heart Fighter” Hirata into the third round for the first time, but she could not stop her from maintaining her 100-percent finishing rate after an all-action contest.

The Kiwi’s striking was sharp at first and she even managed to reverse Hirata’s first two takedowns, but the judoka finally took control on the mat to land some hard punches before the round’s end.

That set the tone and the second stanza began with a hip toss from the Japanese athlete, who locked up an inverted triangle and hunted for a kimura. Crowley escaped, but she was soon on her back and was saved by the bell after Hirata unloaded with blows from the scarf-hold position.

“Neutron Bomb” looked exhausted after the restart, and though she scrambled free after a double-leg takedown, she was hammered with knees, and soon surrendered mount. From there, “Strong Heart Fighter” pounded away to get the TKO at 3:27 of round three to extend her perfect record to 6-0.

Fikri Shut Down By Sunoto Domination

Sunoto stung Fikri early in round one when he dropped him to the canvas with a left hook, and then a hard right hand as the debuting 22-year-old got back up to his feet. He was not up for long, as “The Terminator” planted his opponent on the mat and worked with ground and pound until the bell.

For the rest of the contest, “The Terminator” continued to dictate the action on the ground. He used his wrestling and top control to smother Fikri, and there was no question he deserved the unanimous decision.

“The Black Komodo” Gets The Edge Over “Electrical Knock Out”

Both athletes started cautiously and there was not much to separate them as the first five minutes played out on the feet, but the round was punctuated with flashes of action as each man flurried forward.

The second period brought more of the same, but this time Fernandes tried to wrestle, too. Priandono defended two takedown attempts well and forced the man from Solo, Indonesia to strike with him again.

In the final stanza, “The Black Komodo” finally got his takedown. Priandono quickly scrambled to his feet, but he also seemed to get outboxed by Fernandes, whose success was highlighted by a hard left hand that snapped his rival’s head back. The 29-year-old took a unanimous decision for his efforts, which moved his pro record to 9-2.

It was the Cypriot who looked sharper in the opening frame of their flyweight Muay Thai contest as he used his long jab-cross as well as knees to the body, but the turning point came in the second frame.

Michael dialed up his aggression, only to walk on to a counter-right hand that sat him down. “The Baby Face Killer” came back hard at his Japanese foe, but “Silent Sniper” stayed on his toes, chopped away with low kicks, and stayed out of danger.

The Petchyindee Academy representative tried to chase the win again in the third, but it led him into the same trap as Naito dropped him with another well-timed overhand right. Two 10-8 rounds made the judges’ decision a formality at the final bell.

The match started with back-and-forth exchanges of hard kicks and punches and the pace was high throughout the first round.

In the second, the pace went up a notch and both men continued to score, but “Timebomb” started to take control when he walked forward and found a home for his left knee to the body. The finish came when he switched things up and used an overhand right to control Howson’s head, and then drive a left knee into his chin.

The five-time Muay Thai World Champion could not answer the referee’s count, which ended the contest at 2:20 of round two. Tonna’s record is now 34-17, including three ONE Super Series victories.

Fajar Excels In ONE Debut With First-Round Finish

Fajar kicks off ONE: WARRIOR’S CODE with a first-round TKO!

It took “Macho” Fajar less than three minutes to stop fellow Indonesian Egi Rozten in the opening bout at the Istora Senayan.

The SEA Games sambo gold medalist shot for a takedown early and pinned his compatriot to the canvas, where he quickly made his way to side control. Moments later, Fajar was in full mount and began to rain down punches and elbows through the struggling Rozten’s guard.

Despite warnings from referee Kemp Cheng, he failed to defend the shots or improve position, and the bout was waved off at the 2:39 mark. The win nudged “Macho’s” mixed martial arts record to 4-1. 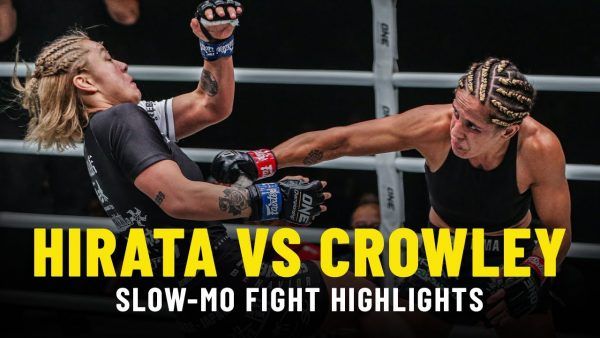