ONE Championship is gearing up for the second chapter of the ‘A NEW BREED’ series.

This coming Friday, 11 September, the promotion will air ONE: A NEW BREED II, which was previously recorded in Bangkok, Thailand.

Here, we take a look at the five biggest reasons to watch the show on Friday night.

The global fan base is in for a treat because the main event features a World Champion versus World Champion showdown, as Pongsiri PK.Saenchai Muaythaigym takes on promotional newcomer Sean “Clubber” Clancy.

Pongsiri is a four-time Muay Thai World Champion who previously competed in the ONE Super Series Muay Thai featherweight division. The Thai valiantly fought against much taller and stronger opponents in the weight class, and despite losing a pair of decisions, he remained active and competitive in the matches.

Now, he is moving down a division to his natural weight class – bantamweight – and is looking to write his redemption story. In order to do that, he must defeat one of Europe’s most recent success stories.

When Clancy makes his ONE debut, he’ll be doing so with a ton of momentum on his side. “Clubber” enjoyed a banner 2019, as he won the WBC International Title in March, claimed the WBC Super-Lightweight World Championship in July, and was named the WBC Muay Thai Fighter Of The Year.

What’s more, he’ll officially be making history on Friday as the first Irishman to compete in the organization’s all-striking branch, ONE Super Series.

Ultimately, this matchup is expected to be an action-packed contest between two warriors who love to move forward and refuse to back down. Between their shared “go, go, go” mindset and their technical prowess, fans will be in for a thriller.

#2 Superlek’s March Up The Flyweight Ranks

“The Kicking Machine” Superlek Kiatmoo9 has established himself as one of the premier flyweight athletes in both the ONE Super Series Muay Thai and kickboxing divisions.

The Thai is now the #2-ranked flyweight contender in both the Muay Thai and kickboxing divisions, and he is on the cusp of a World Title shot in either sport. Another victory, especially in highlight-reel fashion, could help him earn one – or, at the very least, elevate him to the #1-contender spot.

But he isn’t the only one looking to make his mark. Fahdi “The Gladiator” Khaled wants to break into the rankings, and he has both the skill set and the drive to get there.

Although he endured a tough promotional debut against now-reigning ONE Flyweight Muay Thai World Champion Rodtang “The Iron Man” Jitmuangnon in January 2019, the Tunisian striker appears comfortable now, as he demonstrated by dismantling Huang Ding across three rounds last months.

While Superlek is looking to inch closer to the top, Khaled has a chance to leapfrog “The Kicking Machine” in one fell swoop.

Newcomer Wondergirl Fairtex impressed fans throughout the month of August, and now it’s time for her little sister, Supergirl Jaroonsak Muaythai, to shine on the global stage.

Supergirl is the definition of “Muay Thai prodigy.” The Bangkok resident is a PBA Thailand Champion with a phenomenal 37-5-1 professional record in the sport. But what makes those accomplishments even more amazing is that she is only 16 years old.

The teenage sensation has ripped through her adversaries with immaculate skill and technique, but her calling card may be her devastating knee strikes – Supergirl brings her knee all the way up to her chest and, with her hips, thrusts it out almost diagonally with full power. Just one of those strikes – let alone a barrage of them – could crumple any opponent.

Argentinian Muay Thai Champion Milagros Lopez will try to withstand Supergirl’s offensive arsenal and stun the local hero. The 24-year-old may not possess the knee-striking artillery of her opponent, but her punch and kick-heavy style could spoil the teen’s hype train.

The ONE Super Series Muay Thai and kickboxing portion of the show may be stealing all the headlines, but there are three mixed martial arts bouts on the card that feature six talented prospects, all of whom will be making their debuts.

Russian wrestling sensation “Merciless” Abu Muslim Alikhanov will look to make it 3-0 on Friday night, but he draws French kickboxing phenom and Bangla Stadium Champion Pascal “Money P” Jaskiewiez, who will try to push his own record to 3-1.

Thailand’s own Prach “SuperBest” Buapa, who is the 2018 One Shin Cup Champion, is making his professional debut against fellow newcomer and Australian Taekwondo Champion Brogan “Broken Heart” Stewart-Ng.

And opening the show will be Thai lightweight Witchayakorn “Superbenz” Niamthanom and Moroccan Kickboxing National Champion Khalid “Monster” Friggini, who will be making his grand mixed martial arts premiere.

These young athletes will all have a chance to shine brightly on the global stage, and fans could very well be watching the ONE World Champions of tomorrow on Friday night.

#5 Thailand Takes On The World 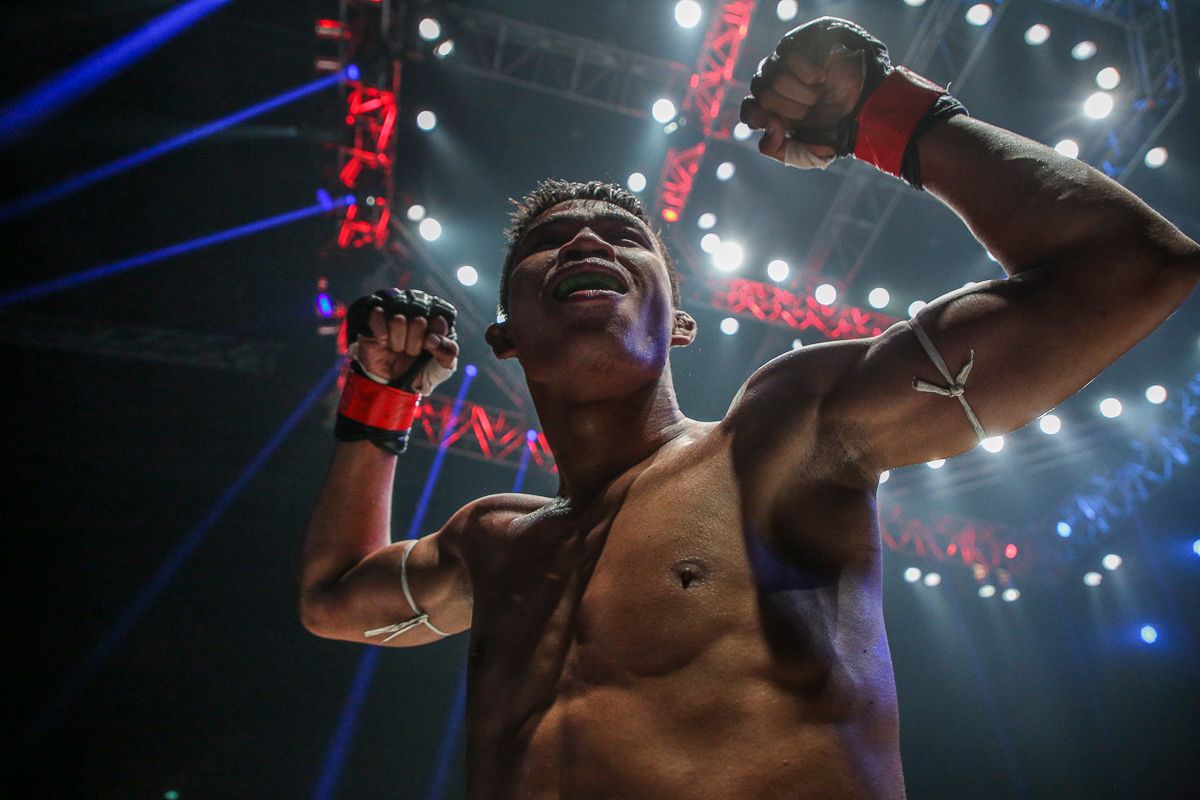 Another exciting reason to watch this event is that five of Thailand’s martial arts heroes will attempt to defend their home soil from foreign rivals.

Pongsiri, Superlek, Supergirl, Buapa, and Niamthanom will all try to withstand opposition from Australia, Europe, North Africa, and South America.

This will be a best-of-five series, and we’ll find out which side reigns supreme by the time ONE: A NEW BREED II is through on Friday night.