“The Kicking Machine” Superlek Kiatmoo9 has put together quite the Muay Thai career, accumulating a 125-28-2 professional record and two Lumpinee Stadium World Titles.

Now, he’s looking to make a statement in a different sport – kickboxing.

The 24-year-old from Buriram, Thailand, will try to protect his #2-contender status in ONE Championship’s Athlete Rankings when he faces Tunisian striker Fahdi “The Gladiator” Khaled in a ONE Super Series kickboxing flyweight affair.

That bout will serve as the co-main event of ONE: A NEW BREED II on Friday, 11 September, which was previously recorded in Bangkok, Thailand.

“I am a bit worried that I might make a mistake because ONE Championship has set the rules to kickboxing, and I have been fighting in Muay Thai,” Superlek says.

For anyone who has seen Superlek compete, it might be surprising that he’s so concerned about adapting to the different rules. After all, he is “The Kicking Machine,” and once you add in his superb punching acumen, you get a sturdy kickboxing foundation.

That foundation will provide the footing for his game plan against Khaled, a talented athlete who’s hoping to crack the division’s top five.

And judging by the Tunisian’s most recent performance – a victory over Huang Ding at ONE: NO SURRENDER II on 14 August – he represents a formidable kickboxing foe.

“From what I have seen from his latest match, he has very heavy fists, [head] kicks, and leg kicks,” Superlek says of Khaled. “He sometimes kicks at his opponent’s face. Sometimes, there’s a leg kick. His weapons are diverse.

“One more thing,” the Kiatmoo9 Gym standout adds. “His punches can fly at any moment.”

It’s clear Superlek will need to exercise some caution against those strikes next Friday, but he still plans to be aggressive and take the action to his adversary.

“I will try to fight at close range. [I’ll try to] kick his legs and throw lots of punches,” the Thai says. “My experience will probably help. I’m better than him with the way I attack.”

Superlek has used that experience to great effect in ONE Super Series, where he’s gone 3-0, defeating Lao Chetra, Rui Botelho, and most recently, “The Angel Warrior” Panpayak Jitmuangnon at ONE: NO SURRENDER in July.

Another win would only solidify his position in the rankings and nudge him closer to a dream ONE World Title fight. 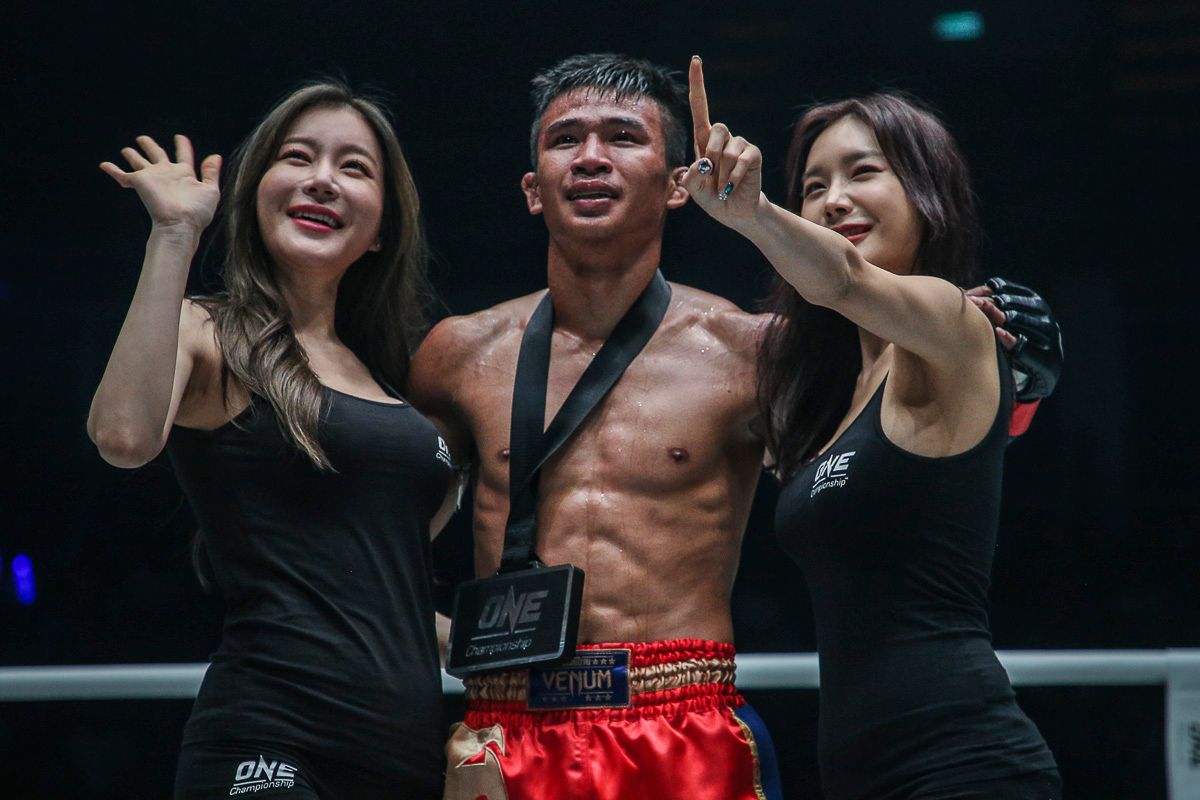 For that to happen, however, he needs to get past Khaled, and he is confident that his aggressive strategy will be enough to get it done.

“Mainly, I do not want to take a step back. I want to be aggressive and attack constantly for those three rounds. In this fight, I will make it happen.”