Fahdi “The Gladiator” Khaled put on a Muay Thai clinic on Friday, 14 August.

The Tunisian scored a unanimous decision victory over Chinese striker Huang Ding in their ONE Super Series Muay Thai flyweight encounter to kick off the action at ONE: NO SURRENDER II in Bangkok, Thailand.

Posted by ONE Championship on Friday, 14 August 2020

Once the opening bell rang, Khaled came out firing on all cylinders. The 25-year-old drove kicks into the torso of a perplexed Huang to get the bout off to a thunderous start.

Midway through the round, “The Gladiator” got the attention of his Chinese counterpart with a flying knee. Huang tried to retaliate with punches, but the Venum Training Camp representative outpaced him in most of the exchanges.

Though Khaled used his kicks and knees effectively in round one, he changed strategies at the start of the second stanza.

As an answer to Huang’s aggressive output at the beginning of the frame, the man from Tunisia stayed in the pocket and picked his rival apart with boxing combinations, coasting through the round mostly unscathed. 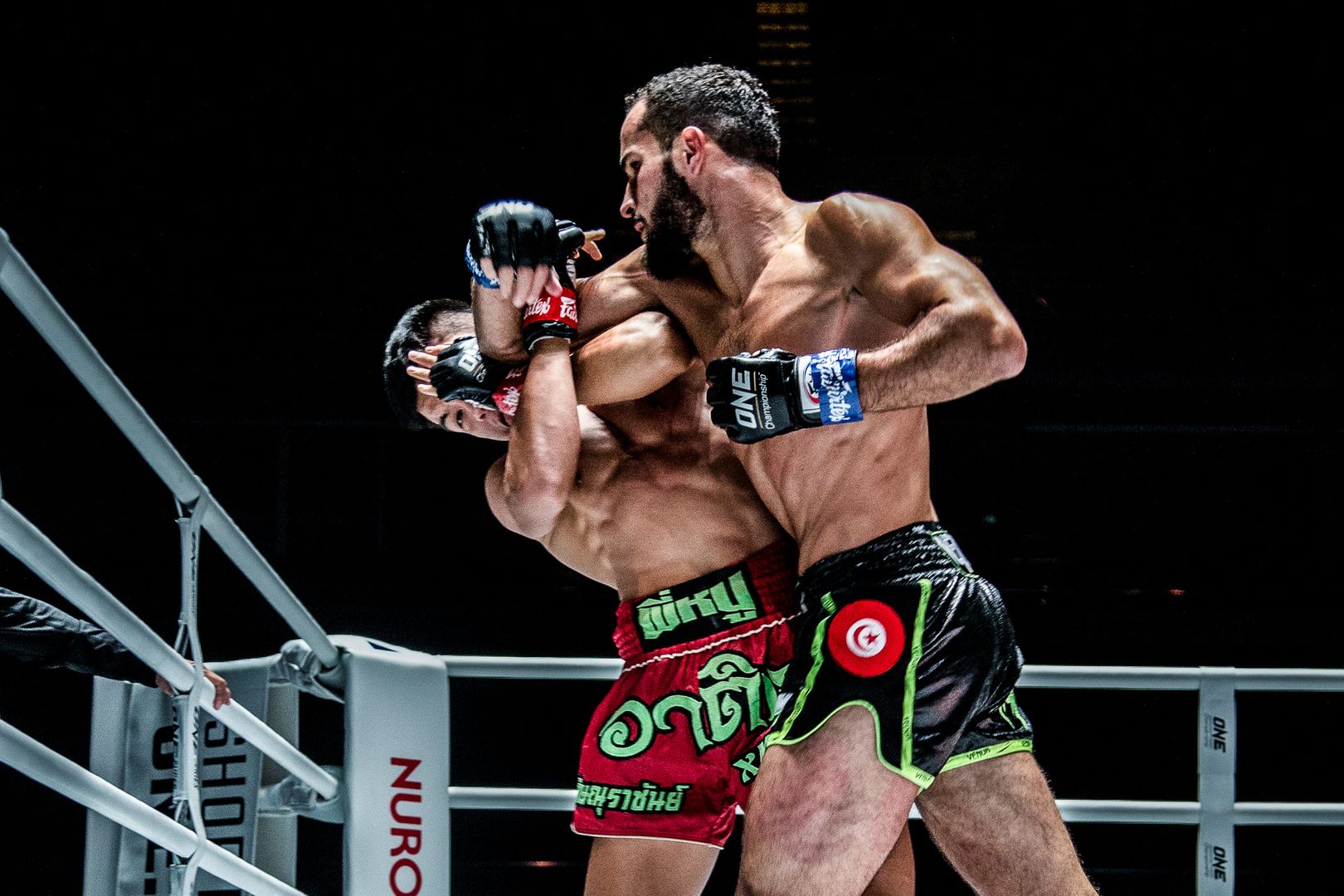 Huang entered the third and final round knowing he needed something big to turn the bout in his favor, and to his credit, he bit down on his mouthpiece and gamely marched forward.

However, Khaled had other plans and stopped the Chinese striker in his tracks with a push kick that hinged his head backward.

“The Gladiator” continued to strike with heavy leg kicks, right hooks, and a body kick midway through the round. Then, an overhand right from the Tunisian hurt Huang. Khaled followed that up with a straight right, which sent his rival backpedaling.

Sensing the chance to finish Huang, “The Gladiator” poured it on, connecting with elbows and hook punches as the bout ended. 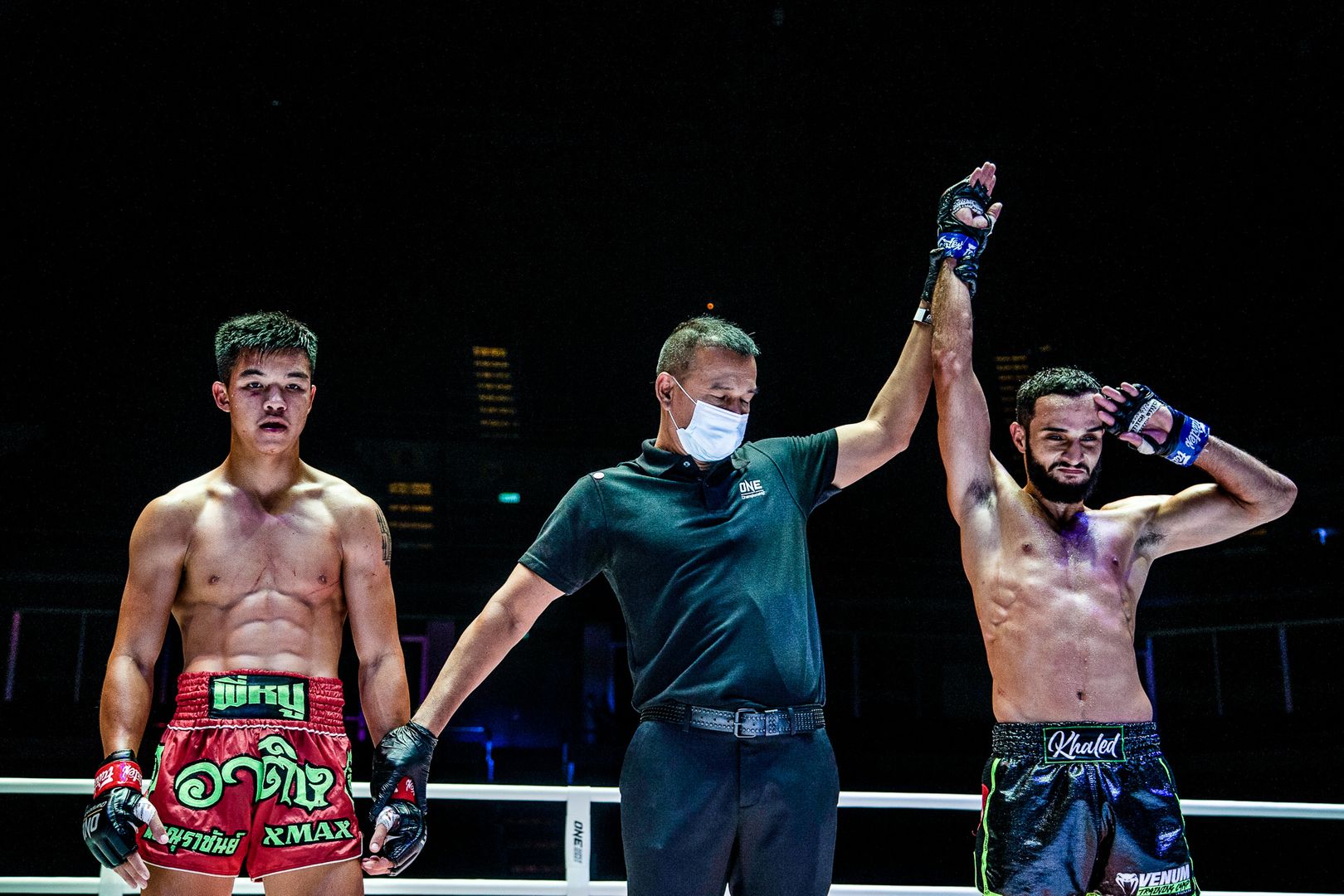 Though Khaled didn’t get the finish, the result was evident, as all three judges gave him the decision win, improving his record to 40-8.