After a rough start in ONE Championship, Fahdi “The Gladiator” Khaled got back on track with a tremendous victory last month. Now, he intends to continue exerting dominance.

On Friday, 11 September, fans will see the Tunisian athlete return to the ring against highly touted striker “The Kicking Machine” Superlek Kiatmoo9 in a flyweight kickboxing contest.

The bout will serve as the co-main event of ONE: A NEW BREED II, which was previously recorded in Bangkok, Thailand. 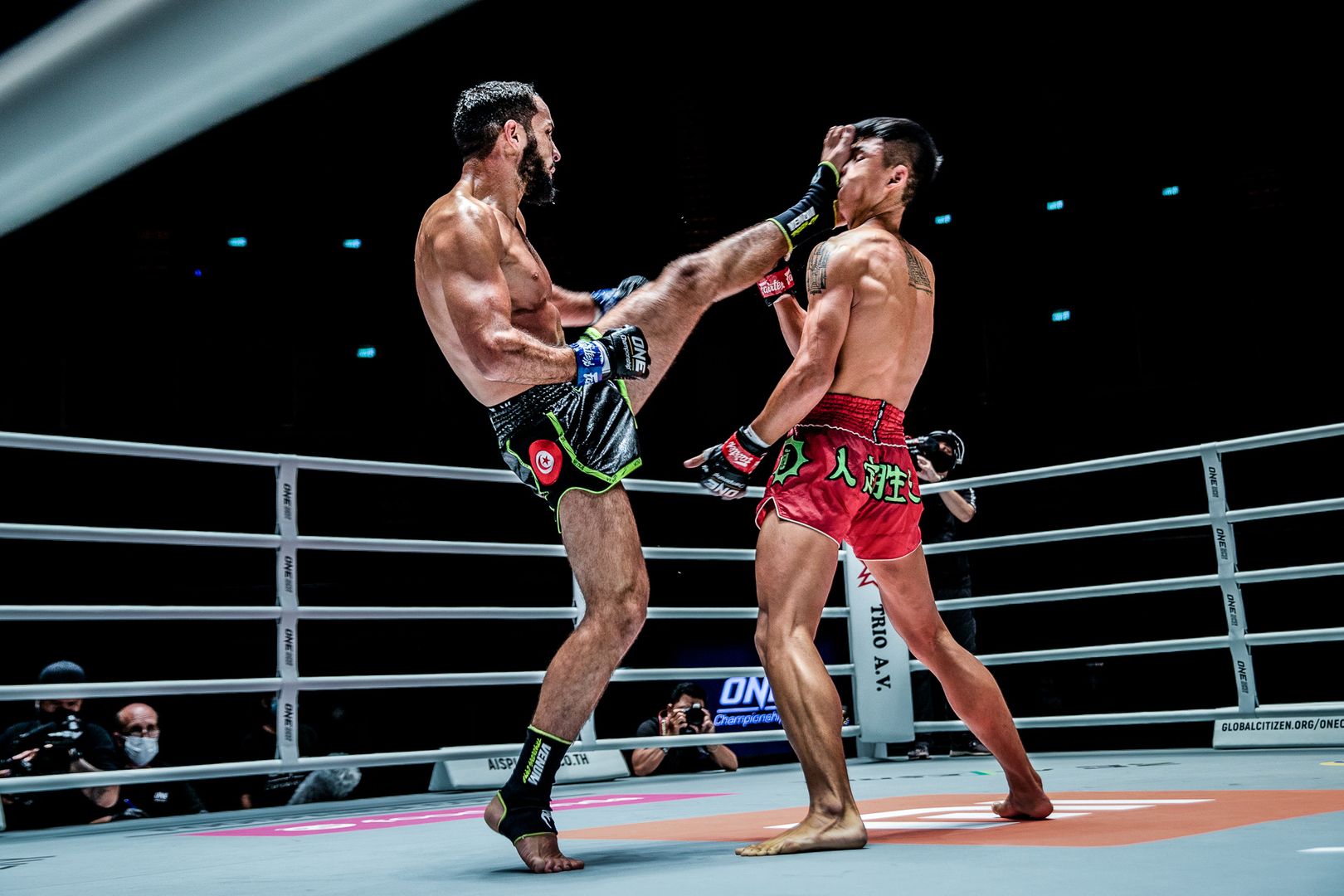 When Khaled made his debut in the promotion’s all-striking branch, ONE Super Series, back in January 2019, he became the first Tunisian-born male to ever compete in the world’s largest martial arts organization.

“I’m really happy that I’m with ONE Championship,” he says. “I give my gratitude to ONE, as I’ve been given the chance to prove myself and to represent Tunisians, Arabs, and all Muslims around the world.”

Though the 25-year-old fell to future ONE Flyweight Muay Thai World Champion Rodtang “The Iron Man” Jitmuangnon in his first promotional appearance, he rebounded magnificently in his return to action.

Khaled made that glorious return at ONE: NO SURRENDER II in August, as he utilized his wide Muay Thai skill set – an effective mix of boxing combinations, kicks, elbows, and knees – to dominate Chinese striker Huang Ding en route to a clear-cut unanimous decision victory.

The win pushed his career record to an impressive 40-8. 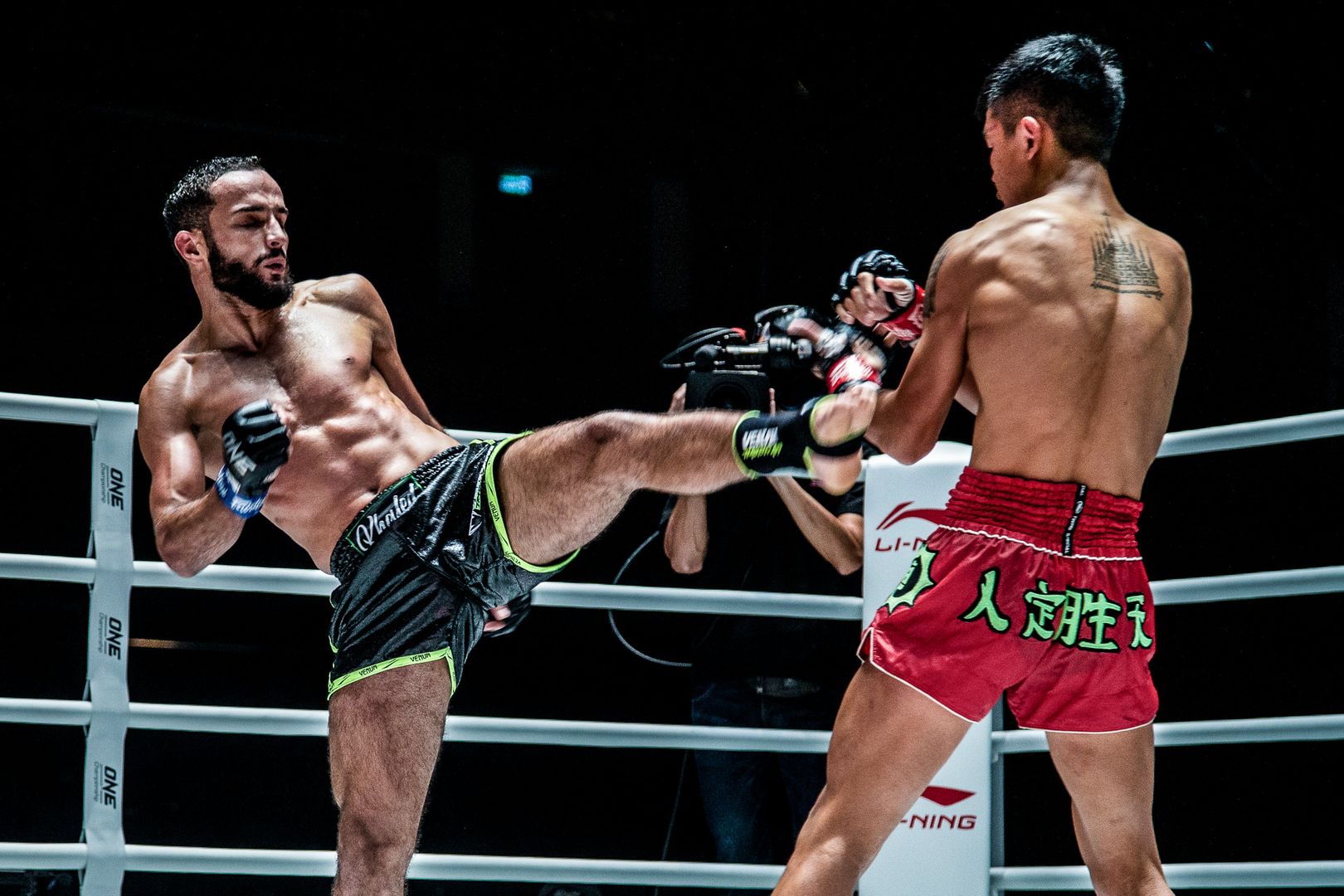 Just weeks removed from that phenomenal display, Khaled is set for a big step up in competition – and this time, it’s in the kickboxing discipline.

“The Kicking Machine” is the #2-ranked flyweight contender in both the kickboxing and Muay Thai divisions, so Khaled knows this may be the toughest battle of his career.

“Superlek is one of the best boxers in Thailand. He’s well-known, and he tells the other boxers how to achieve and reach a specific level,” the Tunisian says.

“He’s got something with his left leg – it’s strong. His punch is really strong, too, so I’m happy to be against him in a match. It’s going to be such a war. This is really a challenge for me, so I have to be stronger, physically and mentally.”

In the lead-up to this bout, Khaled worked out at Venum Training Camp in Pattaya under his coach, Mehdi “Diamond Heart” Zatout.

Additionally, he reviewed more footage of Superlek after watching the Thai star compete on several occasions.

But despite his opponent’s reputation and jaw-dropping 125-28-2 professional record, “The Gladiator” refuses to feel intimidated.

“Superlek doesn’t scare me. I enter any match without any hesitation,” Khaled says.

“I’ve watched a lot of Superlek’s matches. He has a strong body and a strong left leg. I should look out for it because he uses it as a defense. I should also be faster in the match. There’s nothing to be afraid of.” 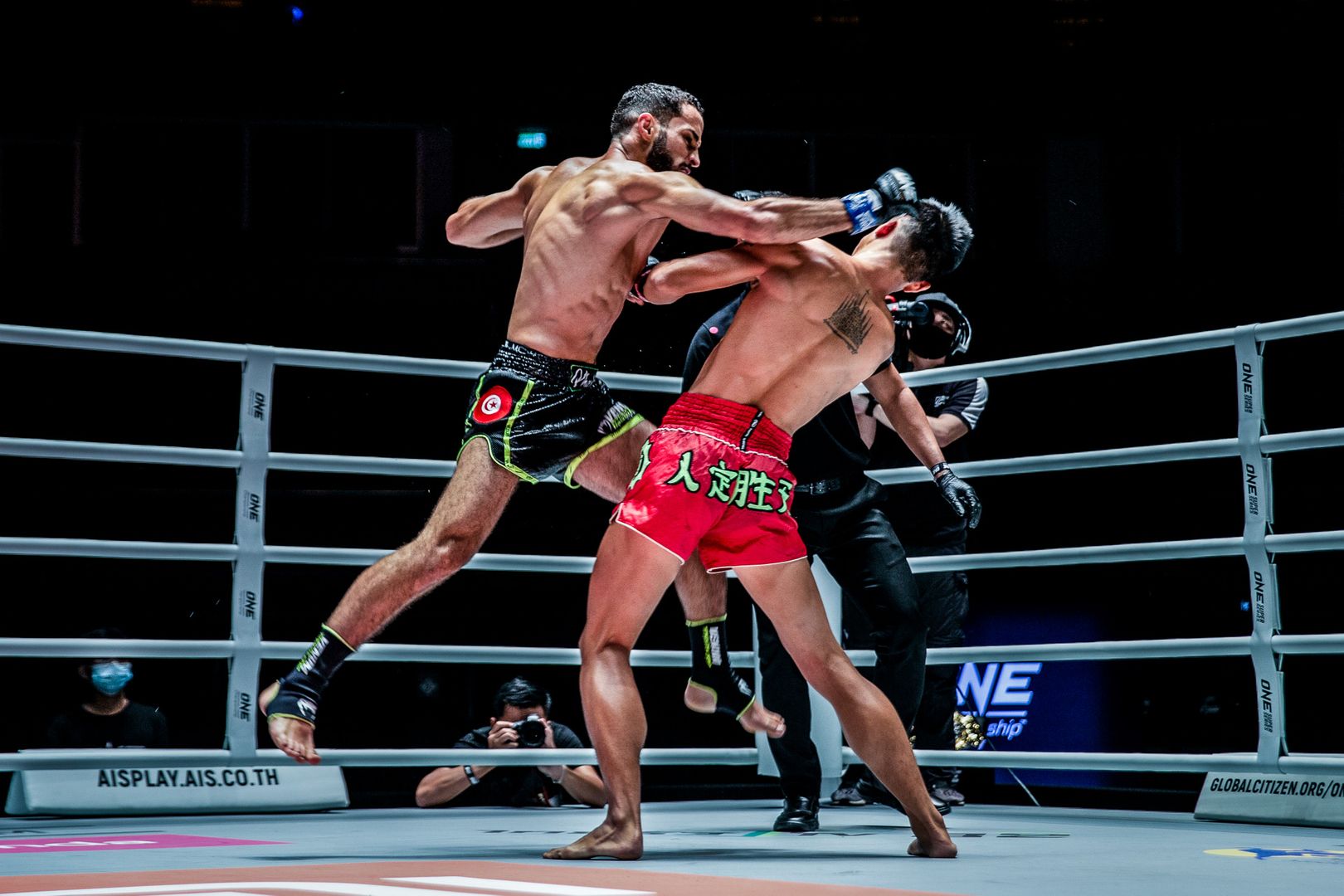 For Khaled, improving his power and speed will be keys to winning this contest.

And if he pulls off the upset, “The Gladiator” would take a giant step toward his goal of becoming the first Tunisian athlete in history to hold ONE World Title gold.