Kun Khmer World Champion Sok Thy finally barged into the ONE Super Series winner’s circle – and he did so in highly impressive fashion.

The 22-year-old Cambodian knocked out Huang Ding in the first round of their ONE Super Series Muay Thai flyweight bout at ONE: A NEW BREED on Friday, 28 August, in Bangkok, Thailand.

Sok Thy ???????? dispatches Huang Ding with a devastating first-round body shot! #ANewBreed How to watch? Link in bio ???? @onechampionship

From the onset, the Cambodian made his intentions known, as he mixed up his punches with leg kicks to frustrate Huang. The Chinese striker was not one to back down, though, as he utilized his left hook consistently and landed it often.

But just when Huang was starting to get into his groove, Thy showed why he’s been thrown to the wolves in his young ONE Super Series career.

The Paedminburi Gym standout caught the Chinese athlete’s body kick and countered with a devastating right hand into Huang’s sternum, cutting his taller foe down to size and then walking away with the victory. 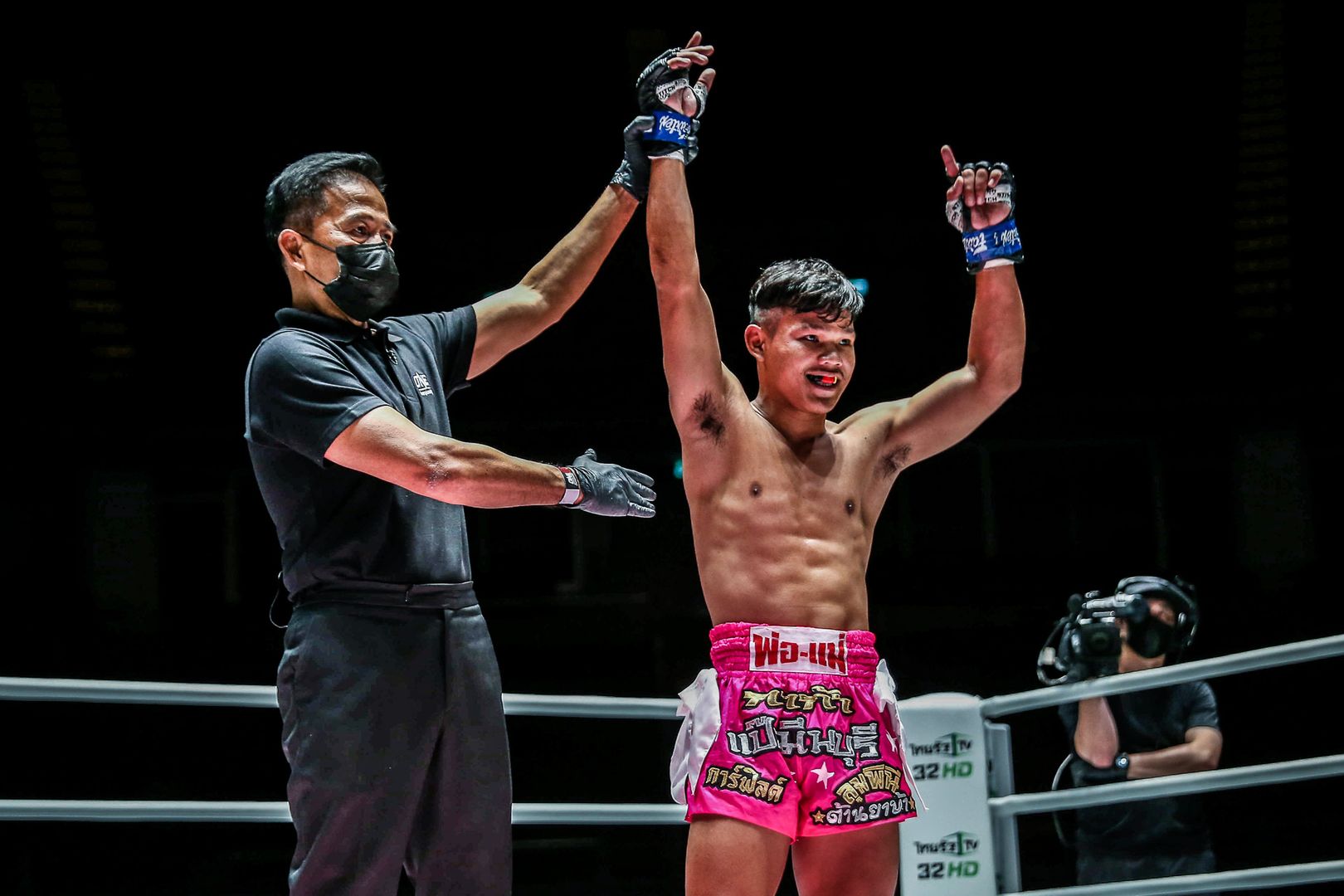 The match, which officially ended at 2:52 of the first round, gave the Kun Khmer stylist his first victory in The Home Of Martial Arts following several close losses to elite opponents.

“I am very happy for this. I just wanted to use my strengths and my low kicks,” an elated Thy said afterward.

It was a massive win for the Cambodian, who has taken a big first step toward an eventual rematch with reigning ONE Flyweight Muay Thai World Champion Rodtang “The Iron Man” Jitmuangnon.