This past Friday, 28 August, ONE Championship returned to Bangkok, Thailand, with the first show in its A NEW BREED event series.

After all the thrilling moments, powerful performances, and surprising results, let’s revisit the top three highlights from ONE: A NEW BREED.

In the main event, Allycia Hellen Rodrigues proved the old adage that it’s not how you start, it’s how you finish.

The Brazilian striker stunned fans around the globe by earning a majority decision over Stamp Fairtex to become the new ONE Atomweight Muay Thai World Champion.

Stamp looked strong in the early stanzas, but Rodrigues remained poised in the pocket and started to turn the tide midway through the contest. She landed punishing body kicks in the third frame and pressured the Fairtex representative even more.

As the Thai began to slow down, the Brazilian began connecting more with her kicks, her punches, and her elbows, as well as knees from inside the clinch.

The Phuket Fight Club standout continued to ramp up her offensive tempo and efficiency while also finding a home for her teeps, which prevented Stamp from regaining her early rhythm.

When the decision was announced, the Fairtex representative clapped for the new atomweight queen, while Rodrigues proudly draped the gold over her shoulder.

Rodlek PK.Saenchai Muaythaigym entered the ONE Bantamweight Muay Thai Tournament final after Saemapetch Fairtex withdrew due to injury, and the 30-year-old made the most of his opportunity by walking down “Left Meteorite” Kulabdam Sor. Jor. Piek Uthai for three rounds.

“The Steel Locomotive” lived up to his moniker with consistent forward pressure to shut down his countryman’s offense.

In the second round, Rodlek earned a knockdown with a beautiful right uppercut-left hook combination. It would have ended most bouts, but Kulabdam somehow made his way back to his feet to meet the referee’s count.

A second knockdown came in the third round from a knee in the clinch, but it wasn’t enough to close the show.

However, the dominant performance was enough to secure the unanimous decision victory for Rodlek and guarantee him a shot at Nong-O Gaiyanghadao‘s ONE Bantamweight Muay Thai World Championship.

Denice “The Menace” Zamboanga left no doubt that she’s the #1-ranked atomweight contender with a dominant 88-second submission victory.

Promotional newcomer Watsapinya “Dream Girl” Kaewkhong struggled from the opening bell, as the Filipina utilized her height and reach advantage to win the striking exchanges.

“The Menace” also showed her strength and power in the clinch with a knee up the center, and then she put the Thai on her back. Zamboanga then wasted no time isolating her opponent’s arm and securing the Americana for the tap. 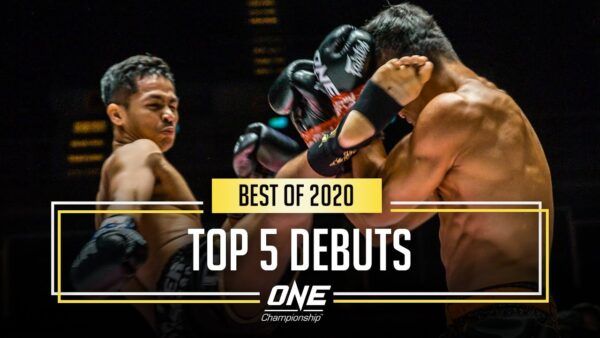