If there were any doubts about Denice “The Menace” Zamboanga’s status as the top challenger to reigning ONE Women’s Atomweight World Champion “Unstoppable” Angela Lee, they were erased on Friday, 28 August.

The #1-ranked atomweight contender hardly broke a sweat as she scored a first-round submission win over Watsapinya “Dream Girl” Kaewkhong in their mixed martial arts bout at ONE: A NEW BREED in Bangkok, Thailand.

From the opening bell, the 23-year-old Filipina was on a completely different level than her rival.

She immediately pursued Kaewkhong, making full use of her reach advantage while connecting with punches. After a few flurries, Zamboanga took the action to the clinch, where she landed thunderous knees to the body that softened up her Thai foe.

Before long, “The Menace” took Kaewkhong down to the canvas, landed in side control, and then quickly grabbed the left arm of “Dream Girl” and began working toward a submission. The tactic paid off seconds later, as she locked in an Americana and forced the tap at the 1:28 mark of the opening stanza. 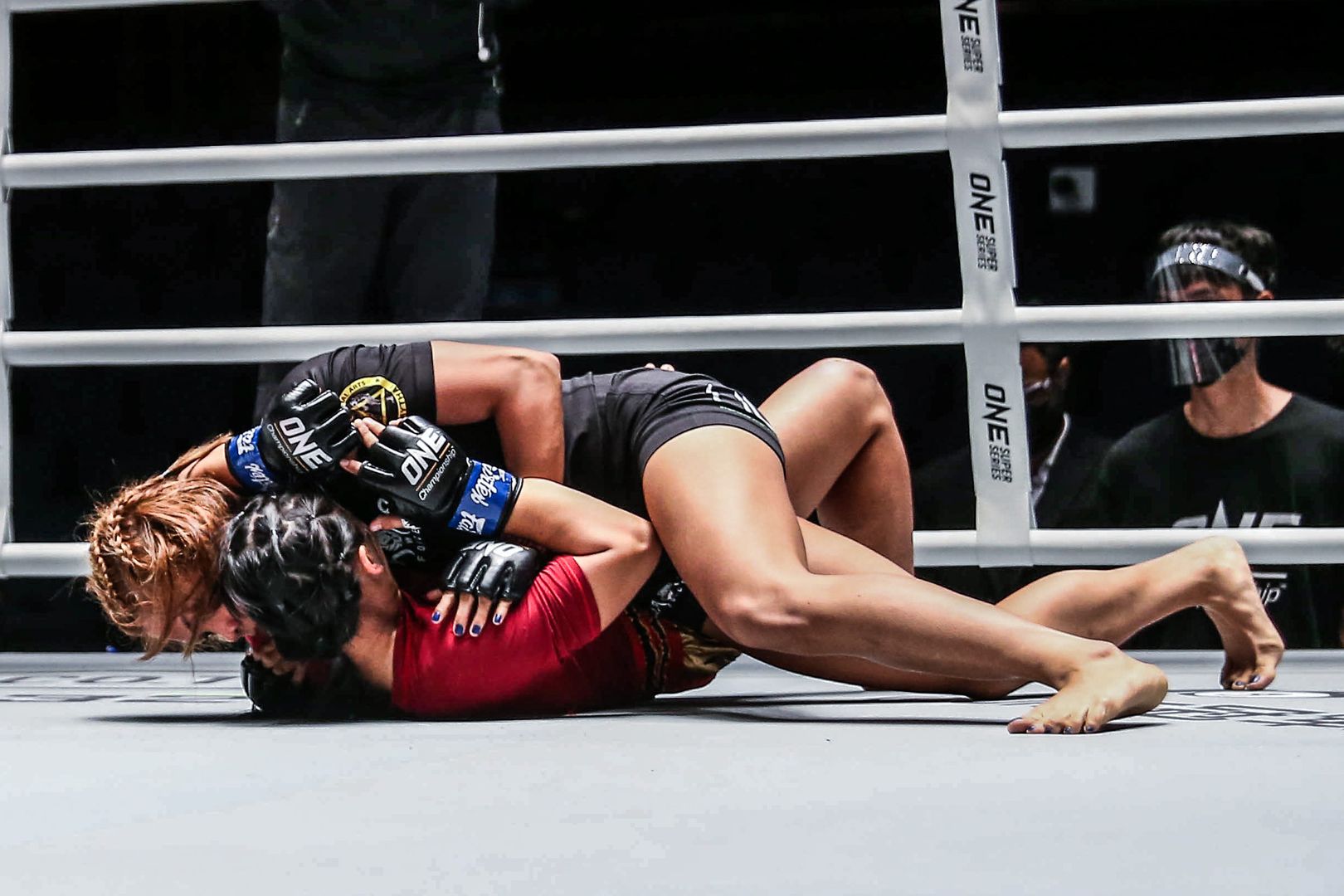 While the victory should propel Zamboanga into a World Title fight with Lee, it was even sweeter after her older brother and coach, Drex, dispatched Detchadin Sornsirisuphathin via rear-naked choke earlier in the night.

“I’m very grateful that I won this fight because I fought [on] the same card with my brother and we both won. That’s why I’m so happy,” an elated Zamboanga said afterward.

The submission victory pushed the Filipina’s record to 8-0 overall and 3-0 in The Home Of Martial Arts. There’s no doubt she deserves a shot at Lee after being offered the opportunity by ONE Chairman and CEO Chatri Sityodtong in February.