The martial arts heroes from the main event matches of ONE: ENTER THE DRAGON went head-to-head for the first time at the event’s official press conference on Tuesday, 14 May.

The event this Friday, 17 May will feature two World Title bouts, the first semifinal of the ONE Lightweight World Grand Prix, the ONE Championship debut of one of the hottest mixed martial arts talents to come out of America, and the entire first round of the ONE Featherweight Kickboxing World Grand Prix.

In the main event at the Singapore Indoor Stadium Shinya “Tobikan Judan” Aoki will make the first defense of his second reign as ONE Lightweight World Champion against Singapore’s own Christian “The Warrior” Lee.

Almost immediately after he recaptured the belt in March, Aoki was asked about the next opponent he wanted to face and, without hesitating, the Japanese icon requested a match against his friend and teammate from Evolve.

Aoki got his wish, and he explained why he had called out his upcoming opponent on the stage when they met for the first time since the match-up was made official.

“I’m not only the World Champion – I’m ready to challenge as a competitor,” Aoki said.

“I think Christian is not just the best in Asia but the best prospect in the world. This is the best time for me right now to hunt the young lion down.” The 20-year-old Singaporean did not hesitate for a second when he received the call to ask if he would like to compete for the World Championship, even though he had to move up a weight class.

He described how the match would not compromise his relationship with Aoki, and that he was ready to come out with all guns blazing to pull off a shock result.

“This is truly a dream come true for me,” Lee said.

“Shinya and I are teammates and friends, but above all else, true martial artists. When we step into that ring, there will be no emotions. It will be a test of skill and will, and we’ll see who the better fighter is.

“I can promise you guys, we’ll be pushing the action from bell to bell.” 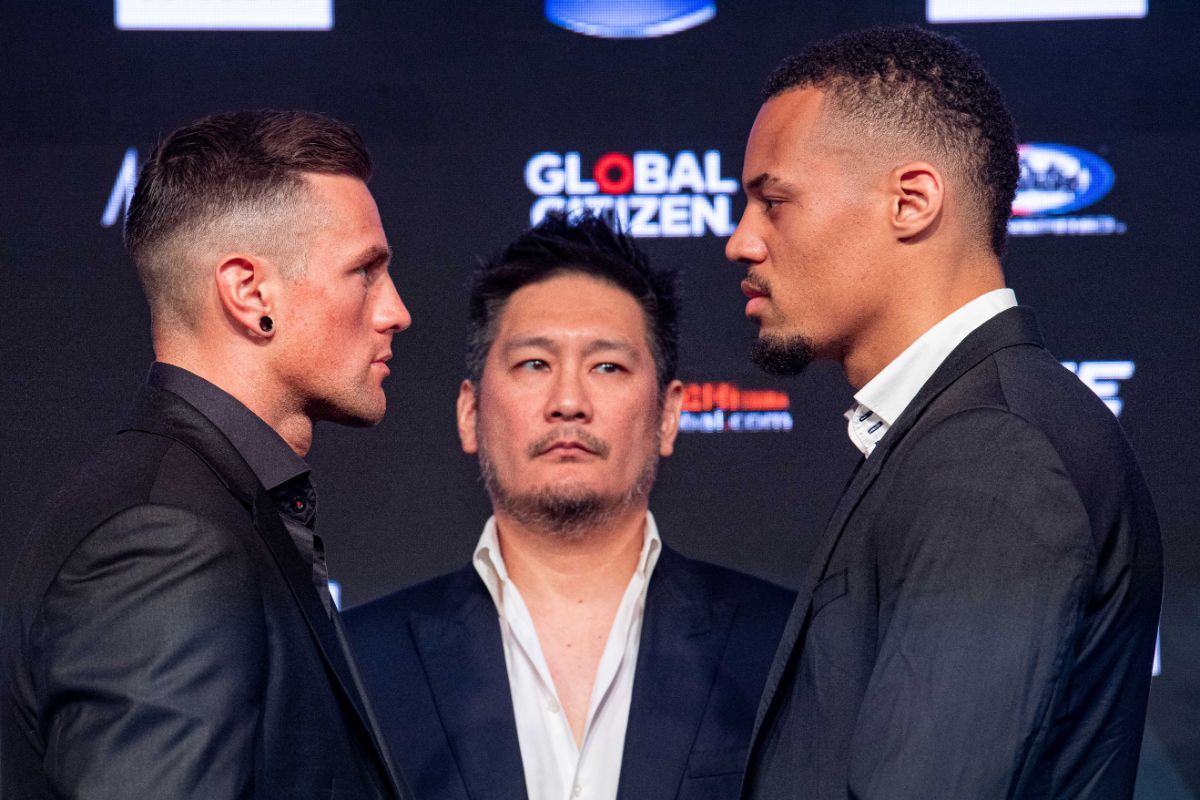 In the co-main event, the first ONE Lightweight Kickboxing World Champion will be crowned after a battle between two Dutch legends as Nieky “The Natural” Holzken takes on Regian “The Immortal” Eersel.

Holzken has targeted this opportunity since he first put pen to paper to join ONE Super Series, and he could barely contain his anticipation to get in the ring.

“The time has come. From the moment I signed with Chatri [Sityodtong, ONE Chairman and CEO] I was dreaming about getting the title shot,” he said.

“I won my first two fights, and I get this shot right now. Regian Eersel is from my country, he’s a good fighter, and we both train hard. We promise we are going to give you fireworks.”

Eersel promised much the same as he stands just days away from the chance to become the inaugural ONE Lightweight Kickboxing World Champion.

“I’m fighting a fellow countryman in Nieky Holzen. I’ve trained hard, he’s trained hard. It’s going to be a tough test on Friday. Be there to support us,” Eersel said. 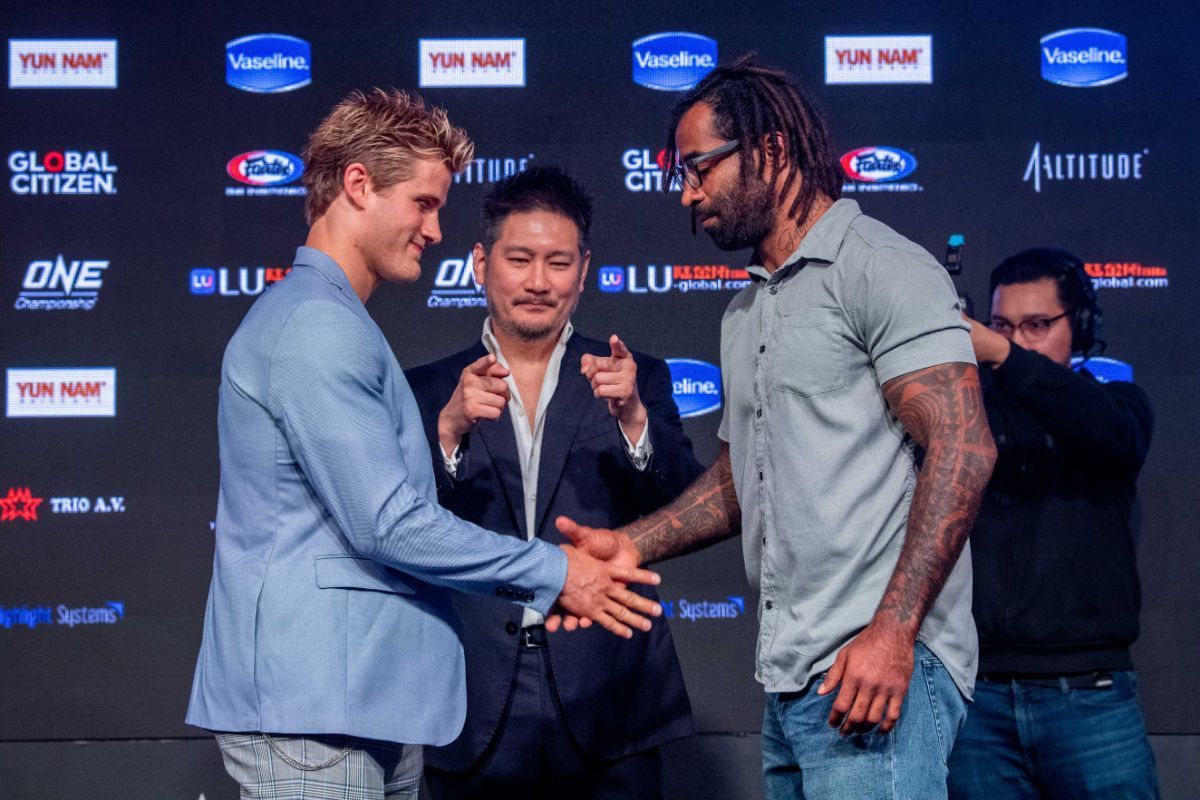 “Super” Sage Northcutt will also make his long-awaited debut in ONE Championship against Cosmo “Good Boy” Alexandre this Friday.

The karate World Champion joined the organization last year around the same time as fellow American superstars Eddie “The Underground King” Alvarez and Demetrious “Mighty Mouse” Johnson, who have experienced contrasting fortunes so far in The Home Of Martial Arts

Watching those two legends perform gave Northcutt a clear idea about the standard of competition he can expect to face as part of the ONE roster.

“I saw both their debuts. You can see there’s a ton of talented fighters here at ONE Championship,” Northcutt stated.

“Coming over here to ONE Championship, I’m training my hardest, so I’d be sure to be ready for every single fight, and I’m looking forward to this Friday.”

His opponent is best known as a four-time Muay Thai and three-time kickboxing World Champion, but he has an impressive 7-1 record in mixed martial arts, too, and he is thrilled to return to the discipline for a bout of this magnitude. 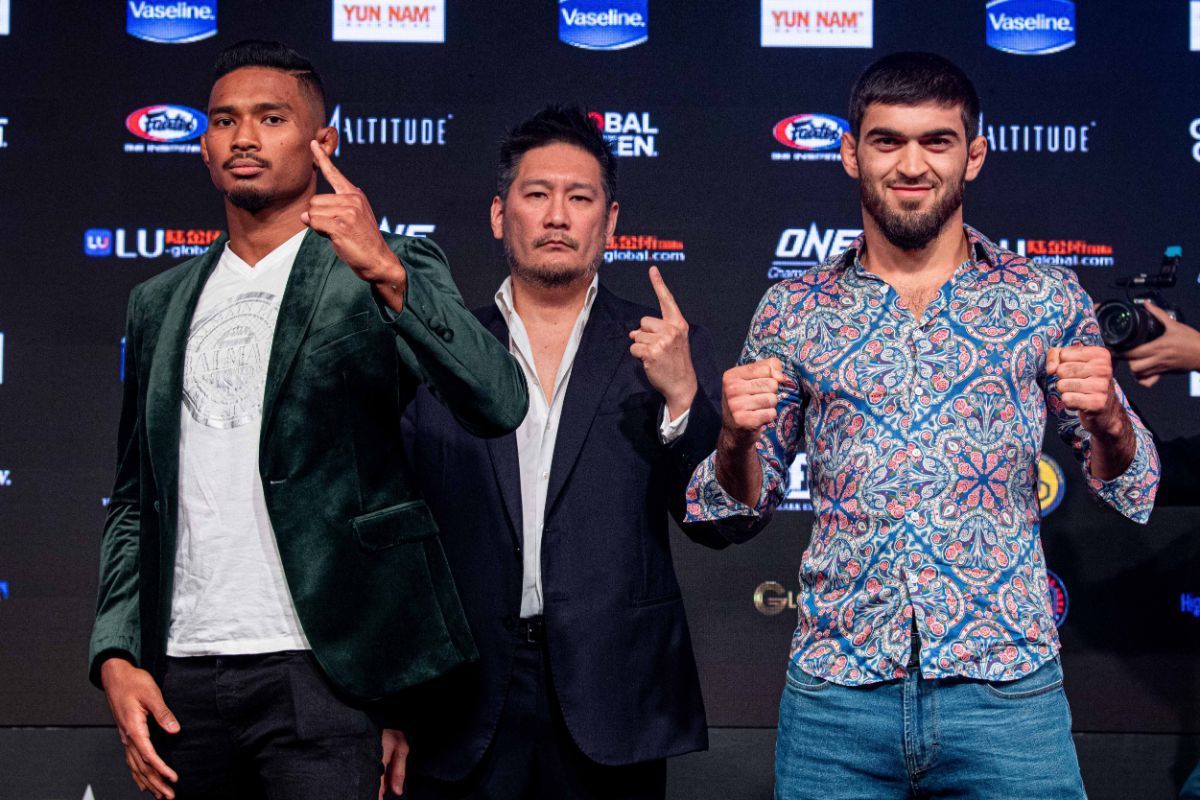 As the ONE Lightweight World Grand Prix continues this weekend, the first finalist will be determined when Saygid Guseyn “Dagi” Arslanaliev looks to build on his last knockout win as he faces Singapore’s own Amir Khan.

Khan accepted this match-up on short notice to replace the injured Ariel “Tarzan” Sexton, but he is confident he can make the most of this rare opportunity now that he has it.

“I have no words to say other than I’m just so blessed to get this opportunity back. I won’t waste it this time,” Khan said.

“‘Dagi’ is a fierce and ferocious opponent and he hasn’t been stopped once. Me and my team, we plan to do that.”

The soft-spoken lightweight from Turkey appreciated that Khan was willing to step up for this opportunity, but you can guarantee he will not hold back when they clash on Friday.

“I will show you a good fight with Amir Khan,” Arslanaliev added.

“Amir Khan is very decent competition for me. I think he will show himself and I will try to show a perfect side of me in this fight as well.” 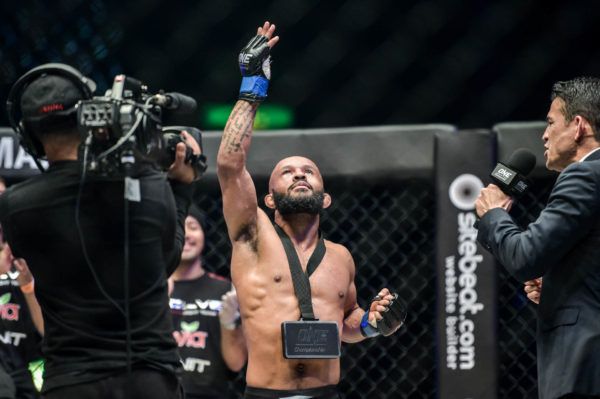