Christian “The Warrior” Lee is about to face the biggest test of his career, but he believes he will pass it with flying colors.

In a shocking twist of fate, the 20-year-old featherweight superstar has the chance to win the ONE Lightweight World Title when he takes on Shinya “Tobikan Judan” Aoki in the main event of ONE: ENTER THE DRAGON.

The Singaporean admits he was caught off-guard when this opportunity was presented to him. He will have to move up a weight class, and he is a friend and teammate of the Japanese mixed martial arts legend.

But following his first-round submission win over Eduard Folayang at ONE: A NEW ERA – and with the rest his division’s top contenders tied up in the ONE Lightweight World Grand Prix – Aoki said he would like to test himself against a young challenger, and Lee’s name was on the tip of his tongue.

“It really came out of nowhere,” Lee explains.

“After Shinya’s fight, I was congratulating him on his World Title – we’re pretty good friends – and then I went home, and I read that he called me out at the press conference.

“It did come as a surprise, I’m not going to lie. I respect him, he just won the belt, and he wants to test himself against the top fighters in the world, so it gives him a perfect opportunity to defend his belt against a new-generation fighter like myself.

“It also gives me a shot at the lightweight belt, so it’s a win-win situation.” 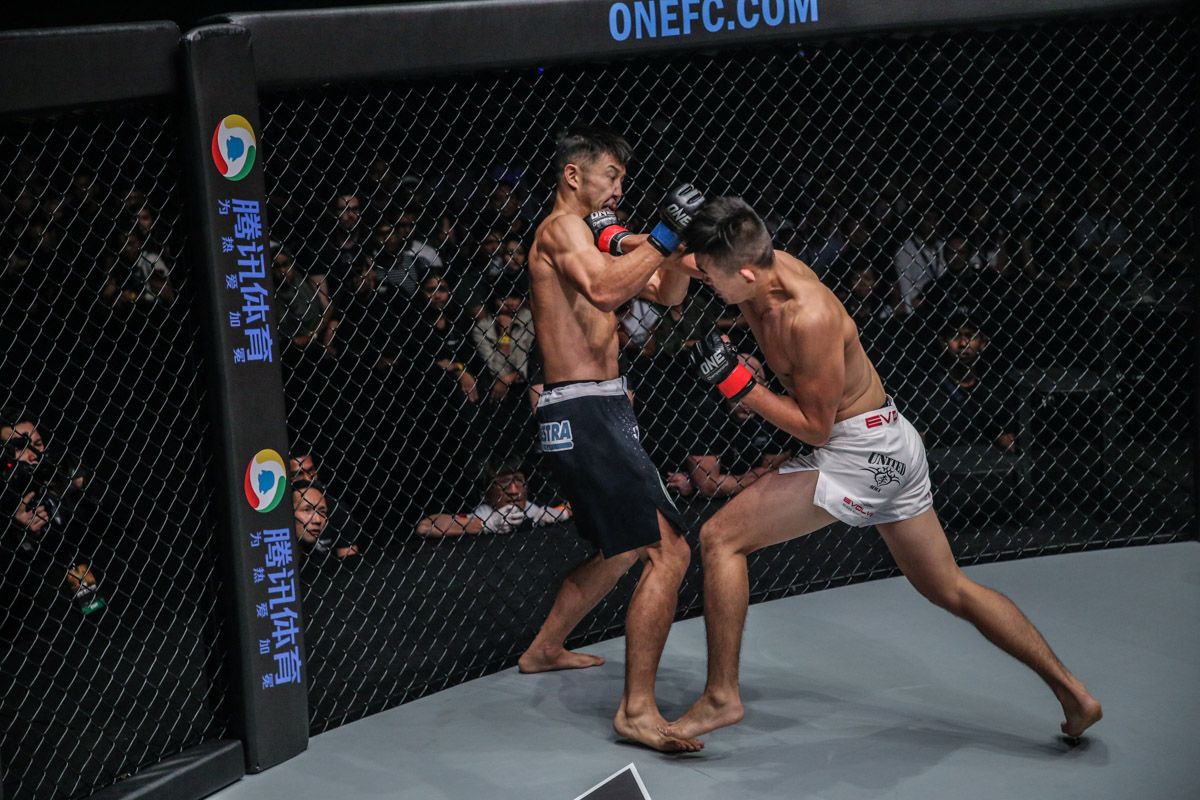 Almost as quickly as Aoki had asked to face the ONE Featherweight World Title challenger, the contest was made official for the Singapore Indoor Stadium on 17 May.

That was in no small part due to Lee’s willingness to take a bout at any time, anywhere, and against any opponent.

“From the time I found out to the time the fight was confirmed was all within two days,” Lee explains.

“It definitely took me by surprise and happened quickly, but as soon as I got word of it, as soon as I opened the ONE Championship article that said [he asked to face me], I called my dad and said, ‘Is this real?’

“Then we talked to Chatri [Sityodtong, ONE Chairman and CEO] about it and he said, ‘Let’s make it happen.’

“They asked if I wanted the fight and I automatically said yes. I didn’t have to think twice.”

What will it take for Christian Lee to achieve his lifelong dream of becoming a ONE World Champion?

What will it take for Christian Lee to achieve his lifelong dream of becoming a ONE World Champion?Singapore | 17 May | 7:00PM | Watch on the ONE Super App: http://bit.ly/ONESuperApp | TV: Check local listings for global broadcast | Tickets: http://bit.ly/onedragon19

Both Lee and Aoki are teammates as representatives of Evolve, which is based in Singapore. Beyond their time sparring and drilling, the World Champion and challenger are friends, but Lee insists that will not be compromised by their bout.

He also says he will not be able to draw on any recent mat time with “Tobikan Judan” to prepare because it has been a while since they shared the mats.

“Fast forward two or three years later, it’s been quite a while since we trained together, but we maintain a good relationship.

“I actually cornered him at one of his fights, so we’ve always been very friendly. For this, there’s no bad blood. It’s just two high-level athletes wanting to test themselves.” 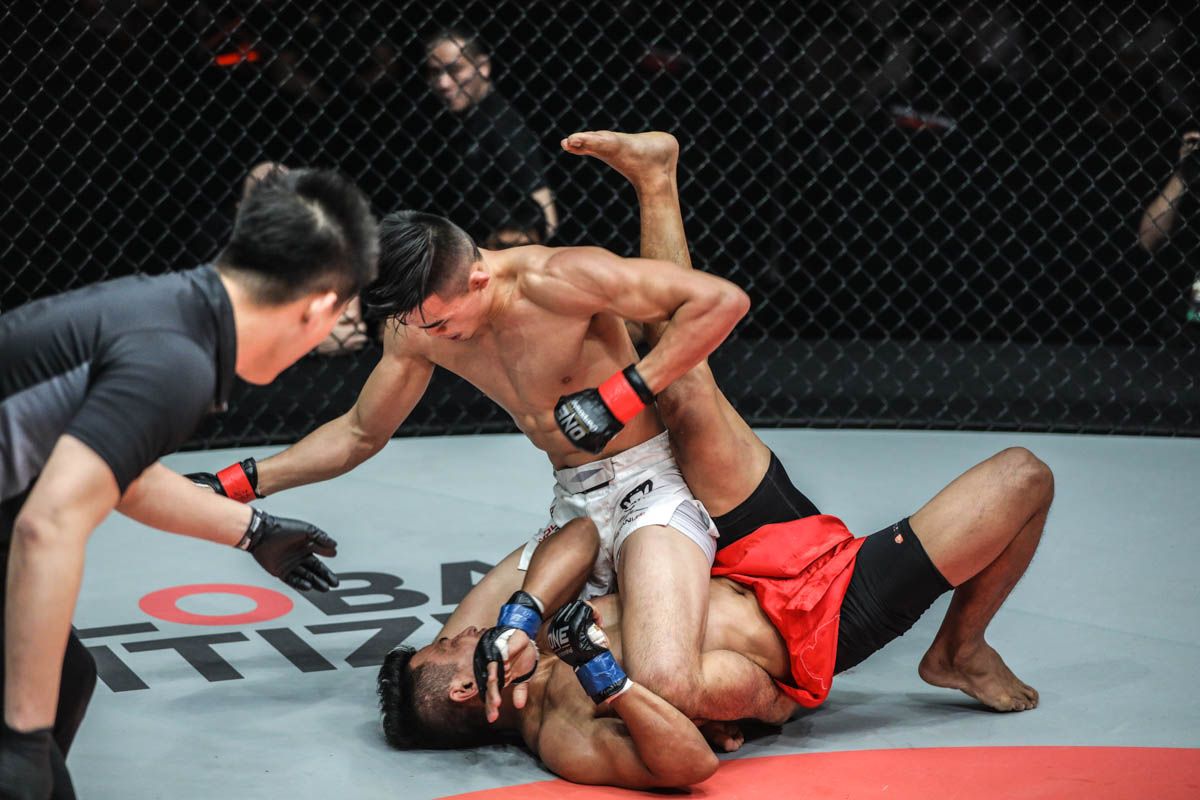 However, “The Warrior” does not need to spend hours rolling and sparring with the 35-year-old from Tokyo to know what he needs to be careful of.

The ONE Lightweight World Champion is one of the most prolific grapplers to ever compete in mixed martial arts. He has 28 wins by submission, including three against high-caliber opposition in the Circle in the last year.

Lee has to appreciate the danger that Aoki poses, but he does not fear it. The Singaporean is also a Brazilian Jiu-Jitsu black belt, and he is willing to meet whatever challenges he faces head-on.

“It’s no secret that Shinya is going to be looking to submit me,” Lee says.

“I have a feeling he’s going to look to do it quickly, but it’s in Shinya’s skill set to finish fights whether it’s in one round or in the fifth round. That’s what makes him the toughest opponent I’ve faced so far,” he adds.

“For me, the game plan is simple – just do what I do best, mix in all the ranges of martial arts, and find the finish wherever I see it.

“I’m not scared of Shinya’s ground game – not one bit. I respect it, and I know that he is one of the best in the grappling world, but when the cage door shuts, it’s a fight. I’m going to look to finish him any way possible, whether it be on the feet or on the ground.” It is no surprise Lee is so confident ahead of this contest.

As an athlete who is moving up a division to challenge a legendary World Champion, he has nothing to lose, but he will have no doubt in his ability to shock the world.

He will come into the match in a rich vein of form after two absolutely dominant first-round knockout victories against Kazuki Tokudome in November and Edward “The Ferocious” Kelly in January, and he predicts more of the same in Singapore.

“I feel I will finish Shinya Aoki in the first round,” Lee confidently states.

“I will submit him or TKO him in the very first round.”