Two-time Costa Rican Brazilian jiu-jitsu National Champion Ariel Sexton grew up all around the world due to his father’s occupation. This brought him to Thailand, where his passion for martial arts ignited after watching a professional Muay Thai bout.

Though his parents wanted him to work in the entertainment industry, seeing his love for martial arts led them to sign a young Sexton up for kickboxing and karate lessons, and set him on a lifelong journey. Sexton eventually began training in Brazilian Jiu-Jitsu when he moved back home to Costa Rica, and he excelled on the mats on the way to earning his black belt under the legendary Renzo Gracie.

Entirely by chance, an opportunity came up for Sexton to compete in a mixed martial arts bout, and he took it up instantly. After experiencing much success in South America, Sexton eventually made his way to Asia, where he caught the eye of ONE Championship. Since joining the organization’s stacked lightweight roster, the man they call “Tarzan” has thrived. He has scored multiple sensational submissions, defeating standouts the likes of Kota Shimoishi and Roger Huerta to establish himself as a top talent to watch. 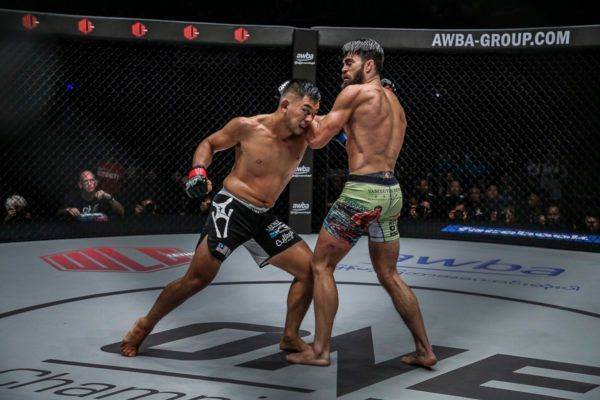