The 5 Craziest Submissions In ONE Championship History 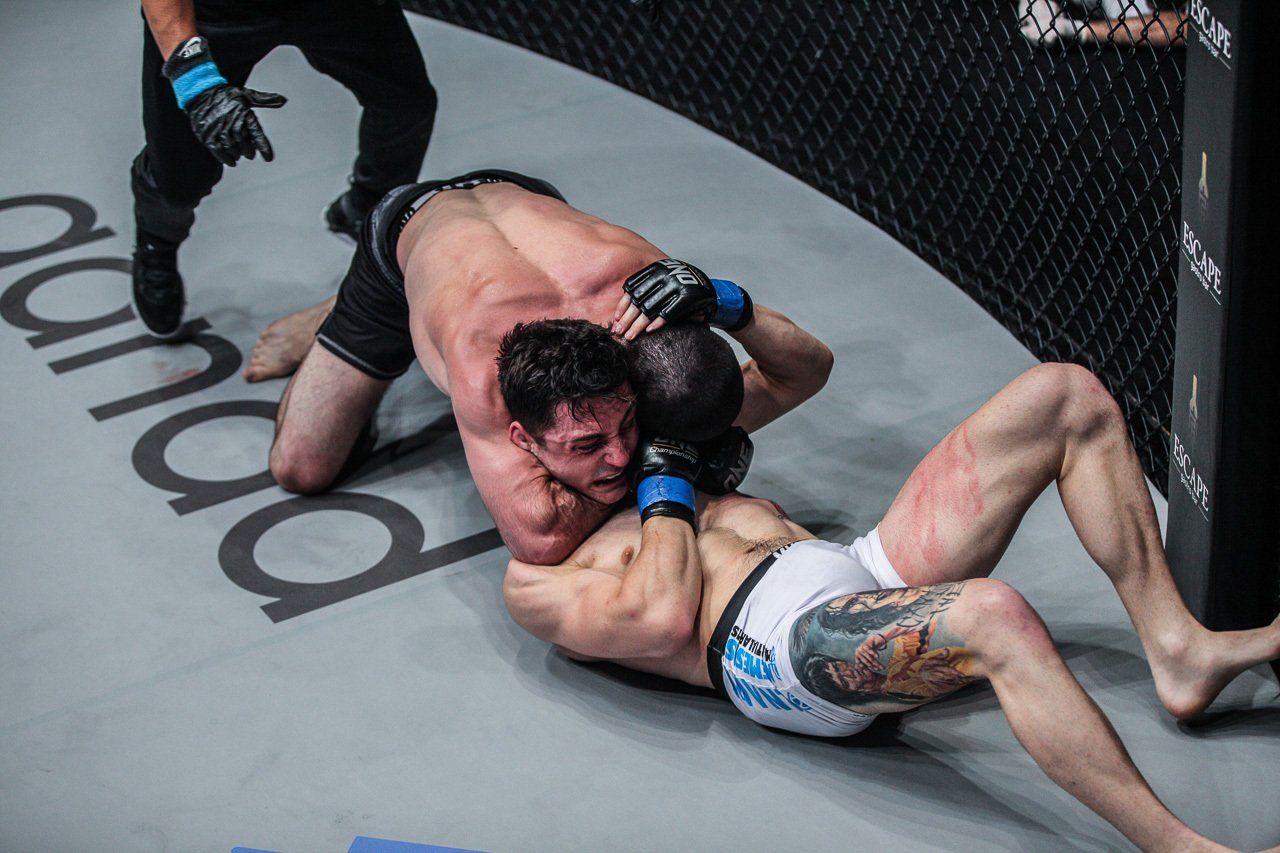 ONE Championship is home to some of the most exciting grapplers on the planet, but only a select few can offer up something unique when the action hits the canvas.

While most grapplers usually finish their matches with rear-naked chokes, armbars, and guillotines – the highest-percentage finishes – innovative athletes have shown that unique techniques can still get the job done.

Here are the top five craziest submissions that no other athlete has pulled off before — or since — in The Home Of Martial Arts.

Despite getting tumbled to the mat early by Anvar Alizhanov at ONE: DYNASTY OF CHAMPIONS (BEIJING) in December 2014, Ariel “Tarzan” Sexton dominated the contest with his dynamic grappling game.

The Brazilian Jiu-Jitsu black belt used a butterfly sweep to get on top and then attacked relentlessly from both mount and back control positions. The Russian survived a barrage of mounted strikes and turned to his knees, so “Tarzan” changed tactics.

He stepped his right leg over the man from Dagestan’s shoulder and locked up a tight rear-triangle choke.

The wrestling specialist resisted, but Sexton used his initiative. With both hands locked around Alizhanov’s left wrist, he cranked on an Americana shoulder lock to get the tap.

Unlike the rest of the entries, this finish has been used again in ONE – the Costa Rican star hit an almost-identical finish against Kota “Kong” Shimoishi almost four years later.

ONE Women’s Atomweight World Champion “Unstoppable” Angela Lee has used a variety of techniques to submit her rivals, but the most memorable of the bunch was her rarely-seen twister against Natalie “The Kilapino” Gonzales Hills at ONE: PRIDE OF LIONS in November 2015.

Hills’ striking caused Lee some issues in the early running, and she rag-dolled the Singaporean to the mat from a Thai clinch. Following her down, however, was her first mistake.

Lee swept “The Kilapino” to get on top and never let up the pressure. She landed hard strikes from mount position that prompted Hills to turn her back – her second and most fatal mistake.

“Unstoppable” put in a single hook, rather than the conventional two, which showed she was on the hunt for the twister. She rolled to her back and locked up Hills’ hips, and then she gripped her head to finish the painful spine manipulation.

Like Pacio, Yusup “Maestro” Saadulaev had the honor of naming his own finish when he submitted Jordan “Showtime” Lucas with his “Maestro Choke” at ONE: STATE OF WARRIORS in October 2018.

The BJJ black belt was levels ahead of his Australian rival on the canvas, and then he ended the match in spectacular fashion with one of the most powerful chokes ever seen inside the ONE Circle.

“Showtime” tried to escape Saadualev’s knee-ride, but the Russian quickly took a seatbelt grip and then cartwheeled behind Lucas to start his attack.

“Maestro” wrapped his right arm underneath Lucas’ neck and drove his shoulder behind his head. As he pressed forward, he tightened the choke and cranked “Showtime’s” neck at the same time to get the victory.

Joshua “The Passion” Pacio debuted his unique “Passion Lock” against Pongsiri “The Smiling Assassin” Mitsatit at ONE: REIGN OF KINGS in July 2018.

The ONE Strawweight World Champion took control of the bout on the ground early, worked his way to back mount, and looked for a rear-naked choke. “The Smiling Assassin” kept the threat at bay, but he did not anticipate Pacio’s next move.

“The Passion” already had control of Mitsatit’s left wrist with his left hand, but he looped his right arm around to join it and took a two-on-one grip.

He used his newfound strength advantage to wrench the Thai striker’s arm behind his back, and then torqued it upward to force a hurried tap from the kimura-like shoulder lock and earn the 2018 Submission of the Year.

Jenny Huang scored a career-defining victory against April Osenio at ONE: AGE OF DOMINATION in December 2016 and earned herself a new nickname in the process – “Lady GoGo.”

“Lady GoGo” took the Team Lakay star down with an outside trip early in round two and looked comfortable on top until Osenio tipped her over with a powerful bridge.

However, Huang moved straight into an attacking guard position and worked her right leg high on her rival’s left shoulder.

She then threaded her shin underneath Osenio’s neck, and as the Filipina turned in to defend, “Lady GoGo” pulled her head down into the choke to secure a gogoplata finish – and 2016’s Submission of the Year.