It has been a great year for ONE Championship, that is for sure. As mixed martial arts in Asia continues to expand, more and more fans have jumped onto the trend of the fastest growing sport in the world.

What endears fans to MMA is the purity of the fighting disciplines and technique. They say MMA is the only combat sport that truly resembles a real battle, in both the physical and mental aspects. This is because the sport is a mix of both the essentials of striking and grappling.

Grappling in particular has seen an epic surge in depth for Asia-based fighters. Over the past year, ONE Championship athletes have impressed with some spectacular submission finishes.

Here is a look back at the best submissions of the year in ONE Championship.

There will be no better example of the level of grappling Asian fighters have reached over the past few years than Jenny Huang’s technical display of Brazilian jiu-jitsu mastery.

The 25-year-old female atomweight standout from Chinese-Taipei wowed fans with an extremely rare and tremendously difficult submission that left some bewildered and others in awe.

Huang took on Filipino contender April Osenio in front of her hometown crowd, and came back from being completely overwhelmed by the local star, to impressing with the first-ever gogoplata submission in ONE.

The gogoplata is rarely seen in MMA as it is very difficult to execute. It is a head and foot choke executed from the rubber guard where the legs are held very high against an opponent’s upper back. The shin bone is then swiftly inserted underneath an opponent’s chin, and the head pulled down to apply pressure.

MMA fighters in history such as Ryusuke Uemura and Brad Imes have successfully executed the gogoplata, but the most notable use of the technique was when Nick Diaz defeated Takanori Gomi with it in 2007. Now, we can add Jenny Huang to this illustrious list.

Huang pulled this move off beautifully against Osenio. The Team Lakay stalwart just didn’t have enough grappling experience to recognize the gogoplata was coming, and as a result, it ended up being the top submission in ONE Championship in 2016.

If there is a fighter we have missed inside the ONE Championship cage, it is Yusup “Maestro” Saadulaev. One of the pioneers of ONE Championship since its early days, Saadulaev has impressed with some really creative submissions over the course of his four-year promotional stint.

Saadulaev holds a black belt in Brazilian jiu-jitsu and is one of the most highly-regarded Russian grapplers in all of MMA. working closely with compatriot and ONE Featherweight World Champion Marat “Cobra” Gafurov, Saadulaev has extremely technical and dangerous with his submissions.

Using a combination of high-level wrestling and robust grappling, Saadulaev has amassed a 16-win professional record, including an incredible 11 submission finishes. Against young Australian prospect Jordan “Showtime” Lucas, Saadulaev went to work once again, delighting fans with another stellar performance.

After grabbing a hold of Lucas’ neck towards the end of the first round, Saadulaev executed a spectacular flip, taking the Australian’s back with ease. Instead of going for hooks which is the norm in this position, Saadulaev opted to maneuver Lucas onto his back, placing Lucas in a precarious position with even more pressure on the neck.

It was a “black belt” move as praised by commentators Peter Davis and Mitch Chilson. The finish was as effective as it was impressive, earning Saadulaev his third-straight submission win.

Christian Lee may be just be 18 years old, but the maturity he has shown inside the cage is well beyond his years. Christian, along with older sister Angela, trains at Evolve MMA in Singapore and United MMA in Hawaii, where he is being carefully cultivated into a martial arts superstar by none other than his father Ken Lee.

Together, the sibling duo train in unorthodox methods to hone their grappling skills, being taught to pull off unconventional maneuvers, some of which have never been seen before in the cage.

He is one of the most talented young prospects in the promotion and has won five of his first six professional mixed martial arts bouts by exciting finish. Perhaps none more impressive than his January drubbing of Egyptian Mahmoud Mohamed.

At ONE: CLASH OF HEROES, Lee needed just a little over two minutes to take care of Mohamed, executing a very technical modified kimura from top position to force the Egyptian fighter to tap out.

In just his second pro MMA bout, Lee dominated Mohamed until the finish, which came after the youngster took side control and worked on the kimura. It was a virtuoso performance, one that announced Lee’s arrival to the big leagues.

#4 Narantungalag Jadambaa Defeats Kotetsu Boku Via Von Flue choke At ONE: ASCENT TO POWER, 6 May, Singapore

The Singapore fight card last May was a truly epic spectacle of amazing fights. And while there were many fighters and performances that captured the admiration of fans in attendance, was there any fighter more impressive than Narantungalag Jadambaa? Only Angela Lee may have given a better performance on the night.

There is just something about Jadambaa that is so physically imposing that makes him such a tough matchup for anyone. First of all, he is as hard as a rock. Jadambaa can absorb punishment like no other and he can dish out just as much too. What is even scarier is that he can wrestle and grapple too.

After absolutely dominating Boku in striking and mat exchanges, Jadambaa showed fans he is not just a powerful puncher, but that he is also a very crafty grappler.

Towards the end of the third round, Jadambaa shot in for a single-leg and dragged Boku to the canvas, winding up in side control. As Boku’s right arm wrapped around Jadambaa’s head angling for a guillotine choke, the Mongolian fighter intelligently used this position to his advantage.

From there, Jadambaa slyly worked on a Von Flue choke that Boku never saw coming. Boku, being the warrior that he is, refused to tap out, and as a result he took a short nap.

#5 Martin Nguyen Defeats Christian Lee Via Guillotine Choke At ONE: HEROES OF THE WORLD, 13 August, Macau

18-year-old Christian Lee had dominated and stopped every opponent he had shared the cage with up to this point, and as his star continued to rise, more fans clamored for a tough matchup for the young prospect. They wanted a real challenge, someone who could push Lee to the limit and really test his ability.

Fans got that in the form of former ONE Featherweight World Championship title contender, Martin Nguyen, and the Australian certainly lived up to that billing.

Lee has an unusual striking stance that leaves much of his chin exposed in stand-up exchanges. Against a seasoned veteran like Nguyen, this proved to be his undoing. As Lee pressed the action, stalking Nguyen up against the cage fence, Nguyen realized that countering was the way to go.

As Lee aggressively forced the action, a sharp left hand from Nguyen staggered the young lion, and he was simply unable to recover. Immediately after, Nguyen grabbed a hold of Lee’s neck in a power guillotine and never let go.

Every time Lee attempted to break free, Nguyen would reestablish his grip by changing levels, and it soon became evident that Lee was in a whole world of trouble. It was not long until Lee ended up taking a nap in the process. 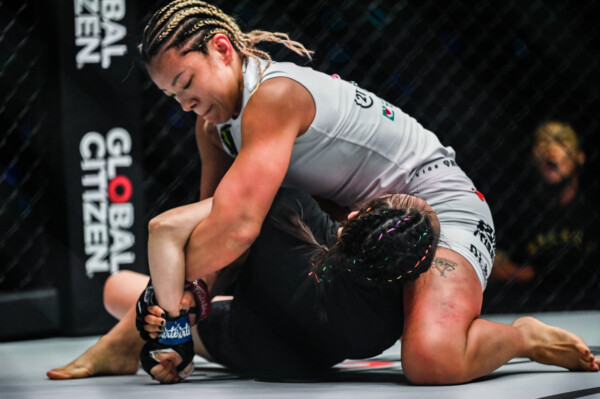 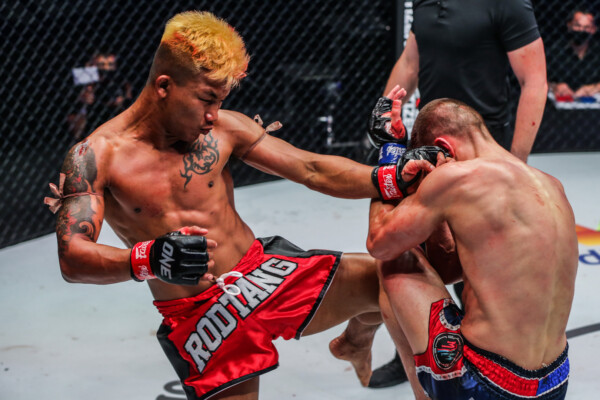 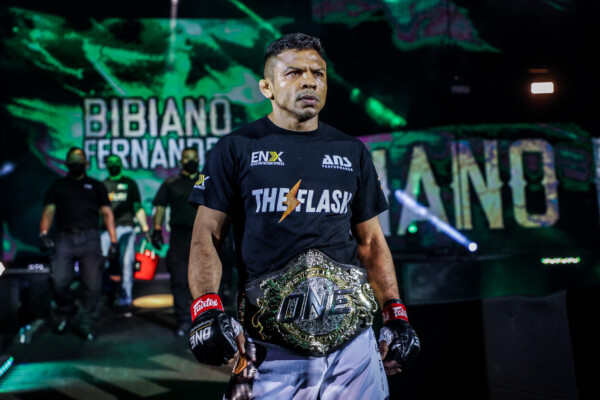 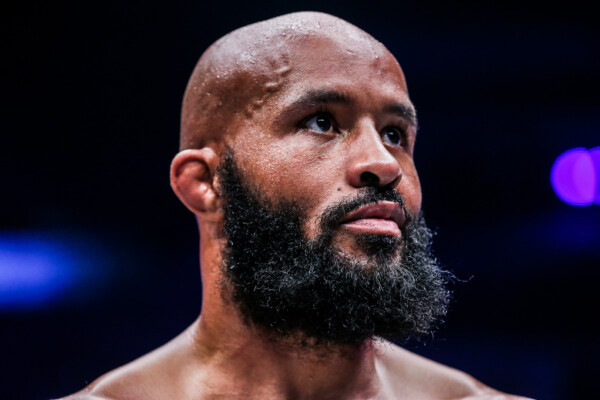