Local favorite Joshua “The Passion” Pacio created an unforgettable moment in Manila, Philippines, that will live on his highlight-reel for years to come.

On Friday, 27 July, the Filipino warrior gave Thai hero Pongsiri “The Smiling Assassin” Mitsatit the first professional loss of his mixed martial arts career at ONE: REIGN OF KINGS.

In the opening round of their strawweight affair, he submitted the Thai striker with an innovative arm lock, which had never been seen inside the ONE cage.

The bout was expected to be a stand-up battle between Pacio’s wushu prowess and Mitsatit’s renowned Muay Thai stylings.

However, the contest did not stay on the feet for very long.

A minute into the first round, the Team Lakay standout caught Mitsatit’s leg kick, took him down, and landed in side control.

From there, Pacio quickly transitioned to full mount before raining down a devastating series of punches and elbows that had the 22-year-old Thai searching for a way out.

Just when it looked like “The Smiling Assassin” might escape, the Filipino took his back and fished for a rear-naked choke.

With time running out in the first round, Pacio changed his strategy. Instead of looking for the rear-naked choke, he grabbed one of Mitsatit’s arms and twisted it around his back.

The torque was so great, the Thai had no choice but to submit. He tapped at 3:37 of round one.

Pacio celebrated with his fellow countrymen inside the Mall Of Asia Arena, and in his post-bout interview with Mitch Chilson, he dubbed the creative submission hold “The Passion Lock.” 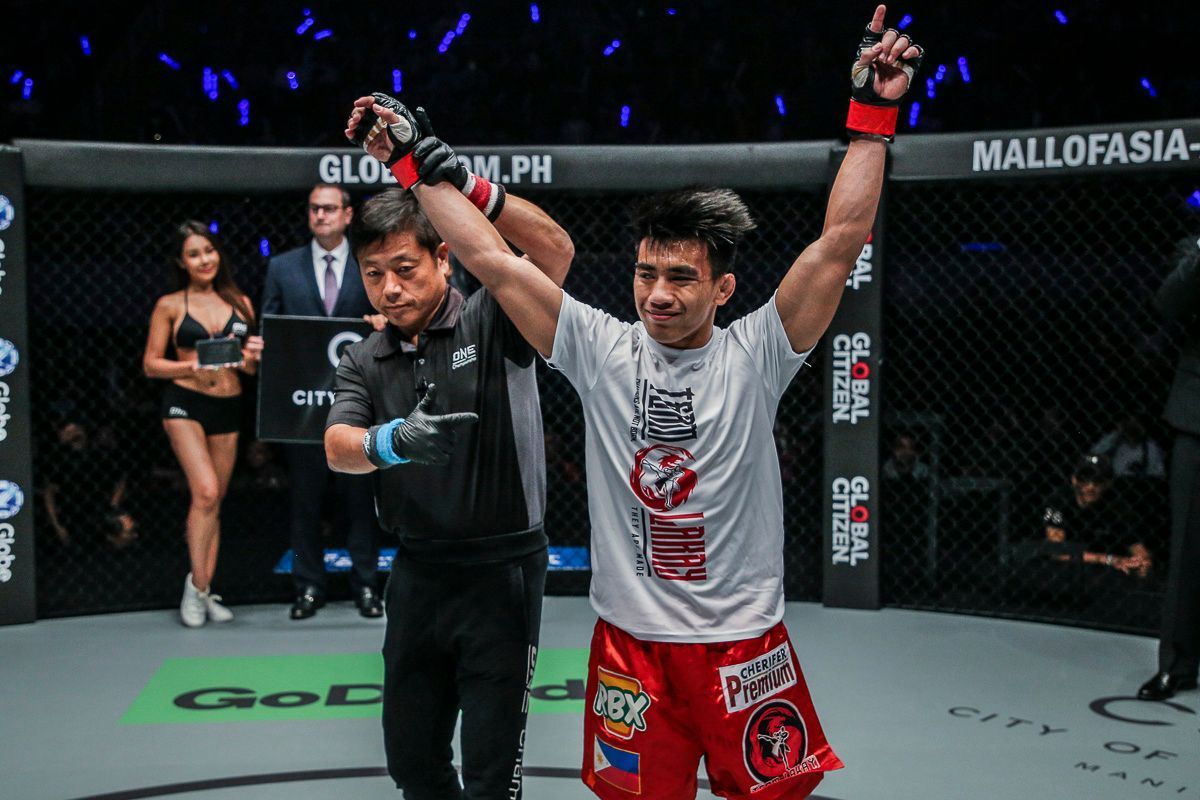 In victory, Pacio finds himself on a three-bout win streak. He moves his overall record to 12-2, and becomes the first man to defeat Mitsatit.