Fans could see some career-defining moments for many athletes when ONE Championship returns to Manila, Philippines for ONE: ROOTS OF HONOR this Friday, 12 April.

The bout card is stacked with key match-ups as World Titles get put on the line, contenders aim to secure a shot at the gold, and rising stars look to establish themselves on the global stage for martial arts.

Here are four key narratives to follow when the spotlight shines on the Mall of Asia Arena.

The ONE Featherweight World Title Is On The Line

ONE Featherweight World Champion Martin “The Situ-Asian” Nguyen will return to action to put his belt on the line for the first time in almost a year against former World Champion Narantungalag “Tungaa” Jadambaa.

After an enforced absence due to injury, the Vietnamese-Australian is focused on defending his belt in the division where he made his name as one of the most exciting athletes in ONE – thanks to a series of stunning stoppages.

A second World Title defense against a legend – and his hero – will remind the world that there is no better featherweight on the global stage for martial arts.

In the other corner, Jadambaa is determined to capture the gold for the second time, and at 43 years old, show age is just a number by becoming the oldest World Champion in ONE history.

A Chance To Erase All Doubts And Claim Strawweight Gold

The experts break down Joshua Pacio and Yosuke Saruta's epic rematch for the ONE Strawweight World Title! Predictions?

The second World Title bout of the night sees the ONE Strawweight World Title contested in a rematch of the most recent battle for the belt.

Back at ONE: ETERNAL GLORY, Yosuke “The Ninja” Saruta edged a narrow split-decision over Filipino star Joshua “The Passion” Pacio after five keenly-contested rounds to capture the division’s hardware.

The match-up was so close – and the verdict so widely debated – that ONE Chairman and CEO Chatri Sityodtong ordered the contest to be run back immediately in a bid to produce a more definitive result.

It gives Saruta the chance to cement his position as the ONE Strawweight World Champion, and offers Pacio the opportunity to reverse the outcome of the first bout and reclaim the belt he believes he did not deserve to lose.

A Shot At Demetrious Johnson

How far will Tatsumitsu Wada go in the ONE Flyweight World Grand Prix?

The final ONE Flyweight World Grand Prix quarter-final bout will go down in Manila, and the winner will earn a semi-final berth against the division’s all-time great.

Tatsumitsu “The Sweeper” Wada has a well-rounded set of mixed martial arts skills that make him as dangerous on the feet as he is on the mat, but the DEEP Flyweight World Champion will face a challenge unlike any other in his career from Gustavo “El Gladiator” Balart.

The Cuban is a powerhouse wrestler whose relentless pursuit of the takedown has seen him dominate eight of his first nine contests as a mixed martial arts professional.

Whoever wins this captivating clash will earn a slot in the semi-finals opposite Demetrious “Mighty Mouse” Johnson, who advanced with a second-round submission win against Yuya “Little Piranha” Wakamatsu in Tokyo, Japan.

A battle between two athletes at different ends of the martial arts spectrum could determine the next challenger for Zebaztian “The Bandit” Kadestam’s ONE Welterweight World Title.

American James Nakashima is a man on the up. He has a perfect 10-0 record and is looking to continue that perfect form to push himself into World Title contention following his impressive debut in The Home Of Martial Arts.

He will face one of the most seasoned campaigners in all of mixed martial arts. Luis “Sapo” Santos will be competing in his 78th professional bout when steps into the ONE arena in Manila. There is not much the Brazilian has not seen during his career, but he is yet to win a World Title, and he is certain he will get the chance with a win.

If Santos wins, he could renew his rivalry with Kadestam after he pushed him to the limit back at ONE: DYNASTY OF HEROES in May 2017. On the other hand, Nakashima would offer a fascinating new challenge for the Swede.

A victory for either contender will not guarantee a slot against the World Champion, but it would send a powerful message that they deserve one.

After putting a phenomenal record of 116-10 together on the mats, he has transitioned to mixed martial arts, and he is looking to prove he belongs on the biggest stage in the sport immediately.

The 27-year-old has given himself every chance of success by preparing with the World Champion athletes at Evolve in Singapore, but he will have to overcome a rising prospect from “The Lion City” to win his debut in his new sport.

Niko Soe is coming off a sensational 77-second submission win in his first ONE bout to take him to 3-1 as a professional and maintain his 100 percent finishing rate.

Indonesian hopes are high that their powerhouse wrestler can transfer his dominant mat skills to a new discipline, but he will not have an easy job in doing that. 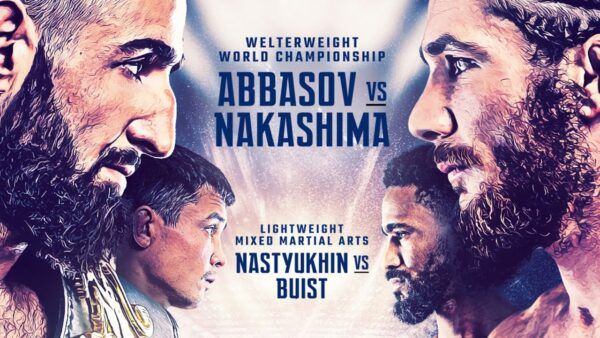