ONE Championship made “The Lion City” roar once again with the second installment of its REIGN OF DYNASTIES event series.

This past Friday, 16 October, the world’s largest martial arts organization aired the highly-anticipated ONE: REIGN OF DYNASTIES II, which was previously recorded in Singapore.

A new bantamweight kickboxing contender emerged, a legendary Muay Thai World Champion made a successful return, and several rising stars took a step closer to their ONE World Title aspirations.

Now, we take a look at the next possible opponents for three of the night’s biggest winners.

After six years away from competing in “the art of eight limbs,” seven-time Muay Thai World Champion Sagetdao “Deadly Star” Petpayathai made a glorious return to his natural sport – and it’s clear he hasn’t missed a beat.

With the victory, the Thai legend announced his arrival to the ONE Super Series Muay Thai featherweight division. And given his dazzling resume and explosive skills, Sagetdao could be a step or two away from earning a World Title shot.

But first, he’ll need to face a top contender, and there may not be a more captivating opponent than fellow Muay Thai icon “The Boxing Computer” Yodsanklai IWE Fairtex.

Yodsanklai, the Muay Thai featherweight division’s #5-ranked contender, is one of the most famous strikers on the planet and recently pushed ONE Featherweight Muay Thai World Champion Petchmorakot Petchyindee Academy to the limits.

Sagetdao’s muay khao fighting style, which focuses on knee strikes, would greatly contrast with his compatriot’s more tactical scheme, which would lead to a fascinating battle between two of the industry’s greatest athletes.

What’s more, the bout would be contested with each man wearing 4-ounce gloves, adding an entirely different flavor to Muay Thai. Yodsanklai’s punch-heavy style could benefit, but “Deadly Star” used the gloves in recent years when he competed in mixed martial arts and earned three consecutive first-round knockouts.

The 24-year-old shut down the Malaysian featherweight’s grappling, frequently backed Subba up against the Circle Wall, and unleashed devastating strikes to earn a unanimous decision victory.

In doing so, the Chinese featherweight earned his 11th professional win – and his third consecutive victory in ONE Championship.

Tang has simply looked unbeatable during his tenure in The Home Of Martial Arts and could be knocking on the door of ONE’s Athlete Rankings. Perhaps an outstanding performance against an opponent like Mongolian mixed martial arts pioneer Narantungalag “Tungaa” Jadambaa could help him break that door down.

Jadambaa is a former ONE Featherweight World Champion with excellent grappling, heavy top pressure, and enormous knockout power. He is skilled in all facets of the game, carries loads of veteran experience to the table, and can still compete at the elite level.

The Mongolian would provide a tough test for Tang’s all-around skill set. But if the Chinese star emerges victorious – especially via knockout, which is his usual calling card – he would have to be considered a top contender for the featherweight crown.

Ryuto “Dragon Boy” Sawada earned his 13th professional victory at ONE: REIGN OF DYNASTIES II, but he had to work hard for it.

While Sawada has expressed a desire to challenge his top-ranked compatriots – former ONE Strawweight World Champions and old rivals Yoshitaka “Nobita” Naito and Yosuke “The Ninja” Saruta – he may need to string together a few more wins first.

On that note, perhaps a clash with fellow grappler Stefer “The Lion” Rahardian could be in order.

Rahardian, a ONE Indonesia Flyweight Tournament Champion, has quickly become one of his country’s leading mixed martial artists.

The Bali MMA representative isn’t afraid to throw hands or unleash ground-and-pound, but he loves using his Brazilian Jiu-Jitsu brown belt expertise to perfection. In fact, more than half of his career victories have come by submission.

A battle between Rahardian and Sawada would undoubtedly capture the imagination of grappling fans everywhere, and the winner would have to be considered one of the top submission wizards in the strawweight division. 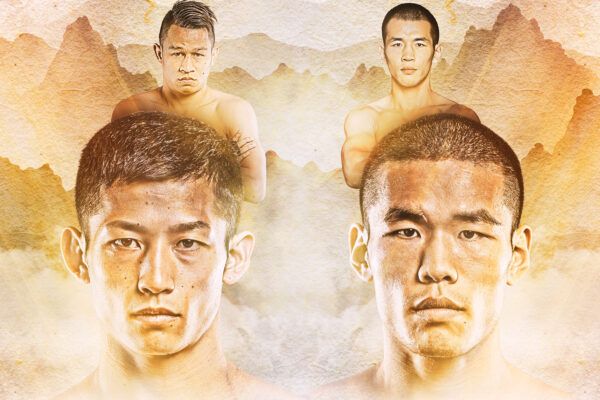 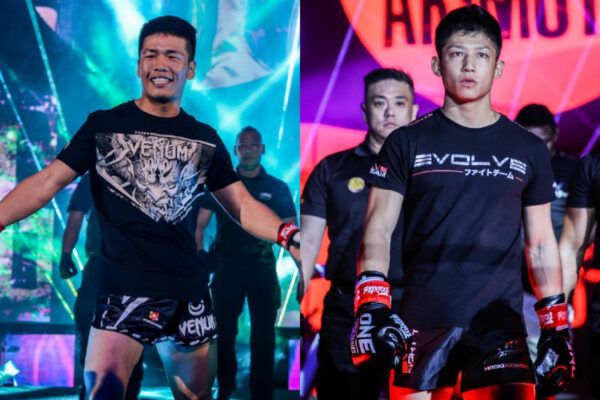