The 25-year-old Chinese striker utilized his impeccable boxing skills to finish Malaysia’s Mohammed “Jordan Boy” Bin Mahmoud early in the third round of their ONE Super Series bout at the previously recorded ONE: REIGN OF DYNASTIES II, which aired on Friday, 16 October. 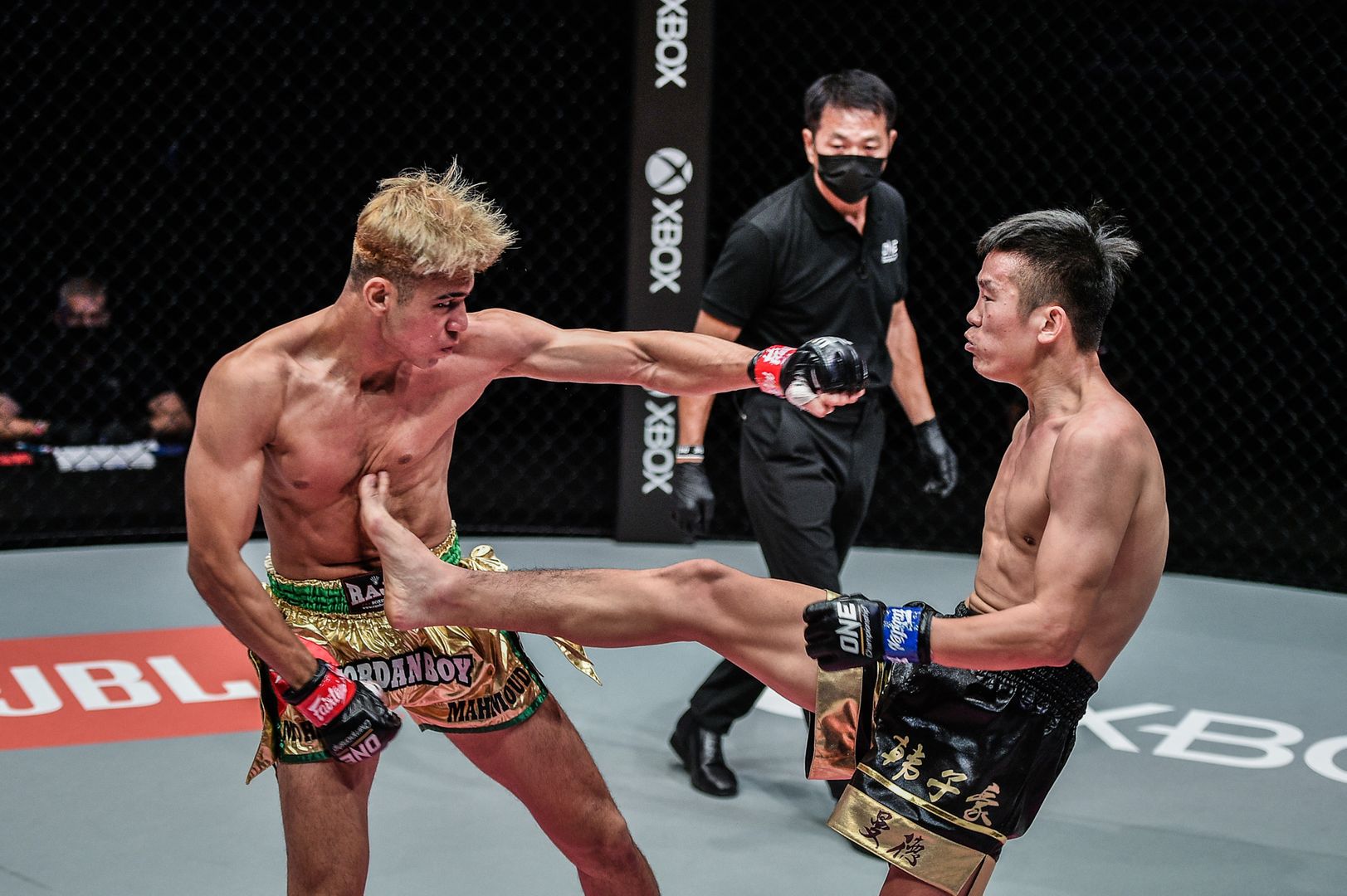 Han quickly became comfortable, though, as he controlled the center of the Circle and got his opponent’s attention with a lunging left hook.

But when the Chinese athlete launched a teep, Mohammed caught the leg, dragged his opponent forward, and just missed with an enormous right hand.

The two continued to throw leg kicks to each other’s thighs and calves, as well as teeps to the stomach. Then, in the final 30 seconds of the first stanza, both fighters unloaded punches. “Jordan Boy” started to find a home for his jab, while Han landed a short Superman punch and a left hook. 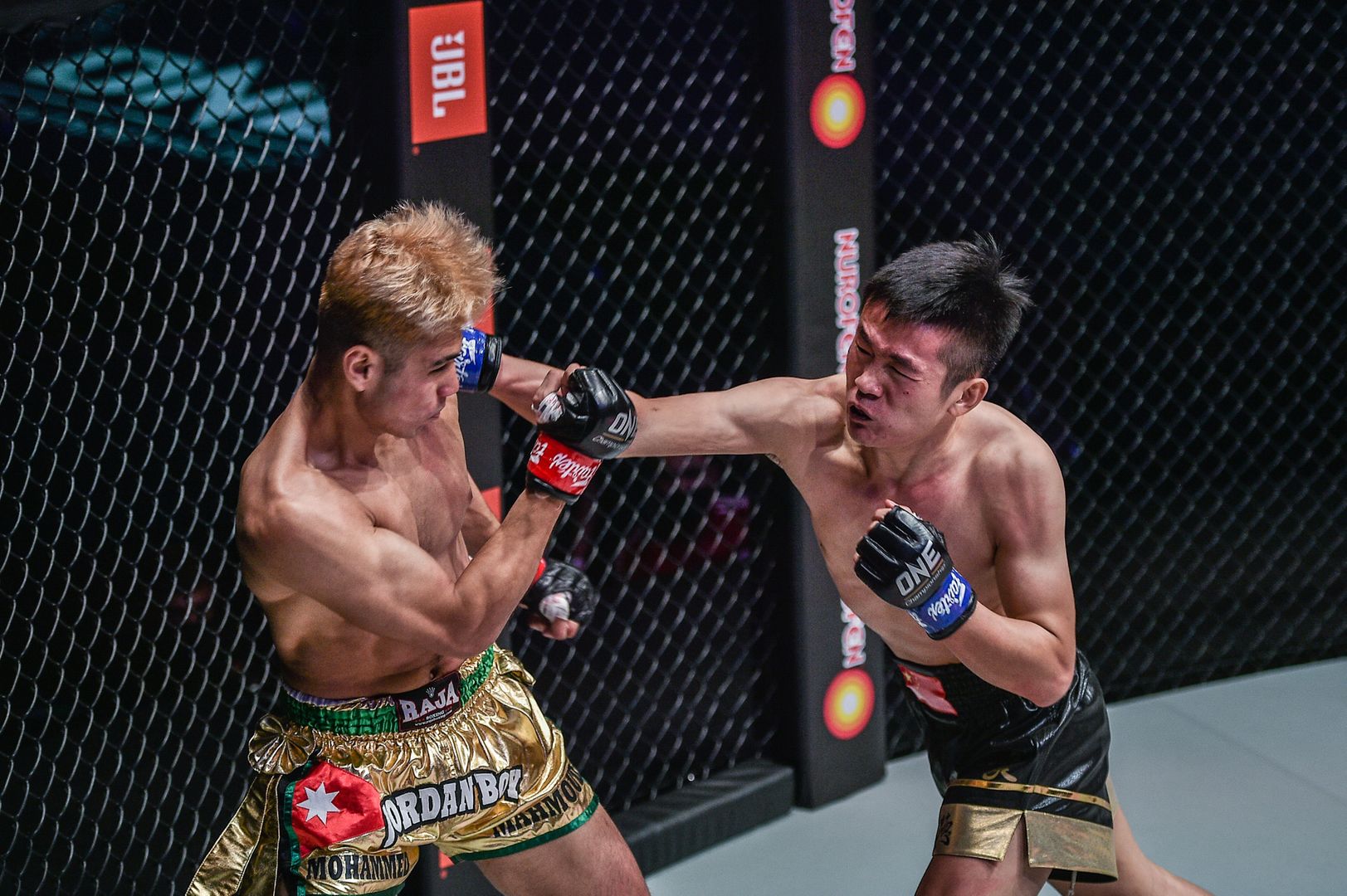 After the bell rang to start the second round, the two went back to exchanging leg kicks.

Han immediately closed the distance and backed Mohammed to the Circle Wall, even holding a high guard to block the 24-year-old Malaysian’s punches.

The Chinese star continued to walk forward while utilizing a high guard. He brilliantly connected with a powerful jab and even landed a teep to the face.

Soon, “Jordan Boy” would connect with his own jab, left hooks, and teeps to the body. He also started to catch his rival’s kicks, including a roundhouse that allowed him to dump Han to the canvas. 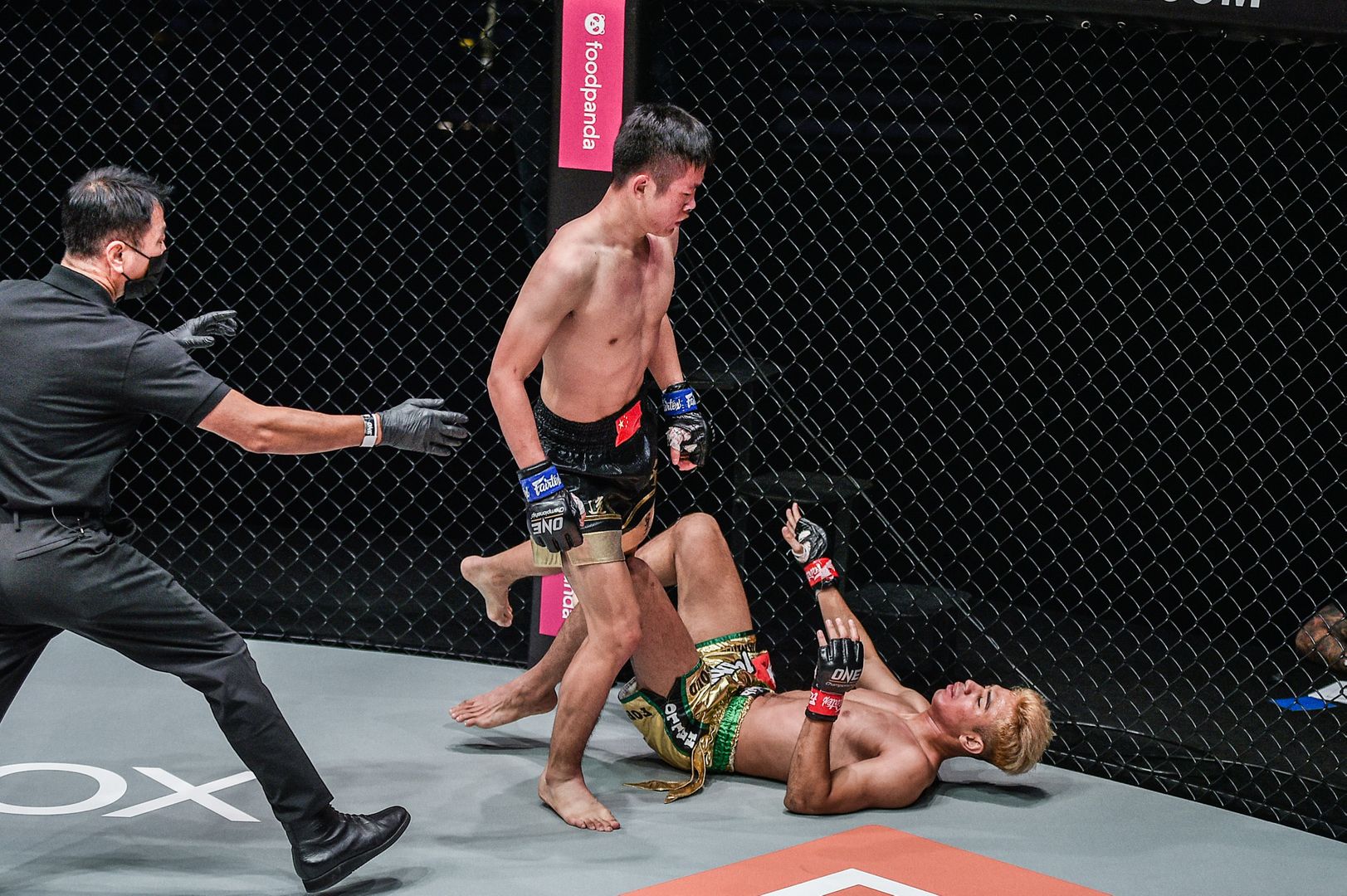 But everything changed when ring announcer Dom Lau announced there were 30 seconds remaining in round two.

When Mohammed threw a body kick, Han expertly blocked it with his arms, twisted his hips, and responded with a right cross that dazed the Malaysian. The referee administered a standing eight-count but allowed the fight to continue.

Once the action resumed, Han immediately moved toward the Malaysian, who threw an assortment of punches to the head. The Chinese star leaned back, grabbed “Jordan Boy” with his left hand, and cracked him with another right cross to the jaw, dazing him while knocking him into the Circle Wall.

The referee administered another standing eight-count, but Mohammed was able to continue. With that, the bell rang to end the second stanza. 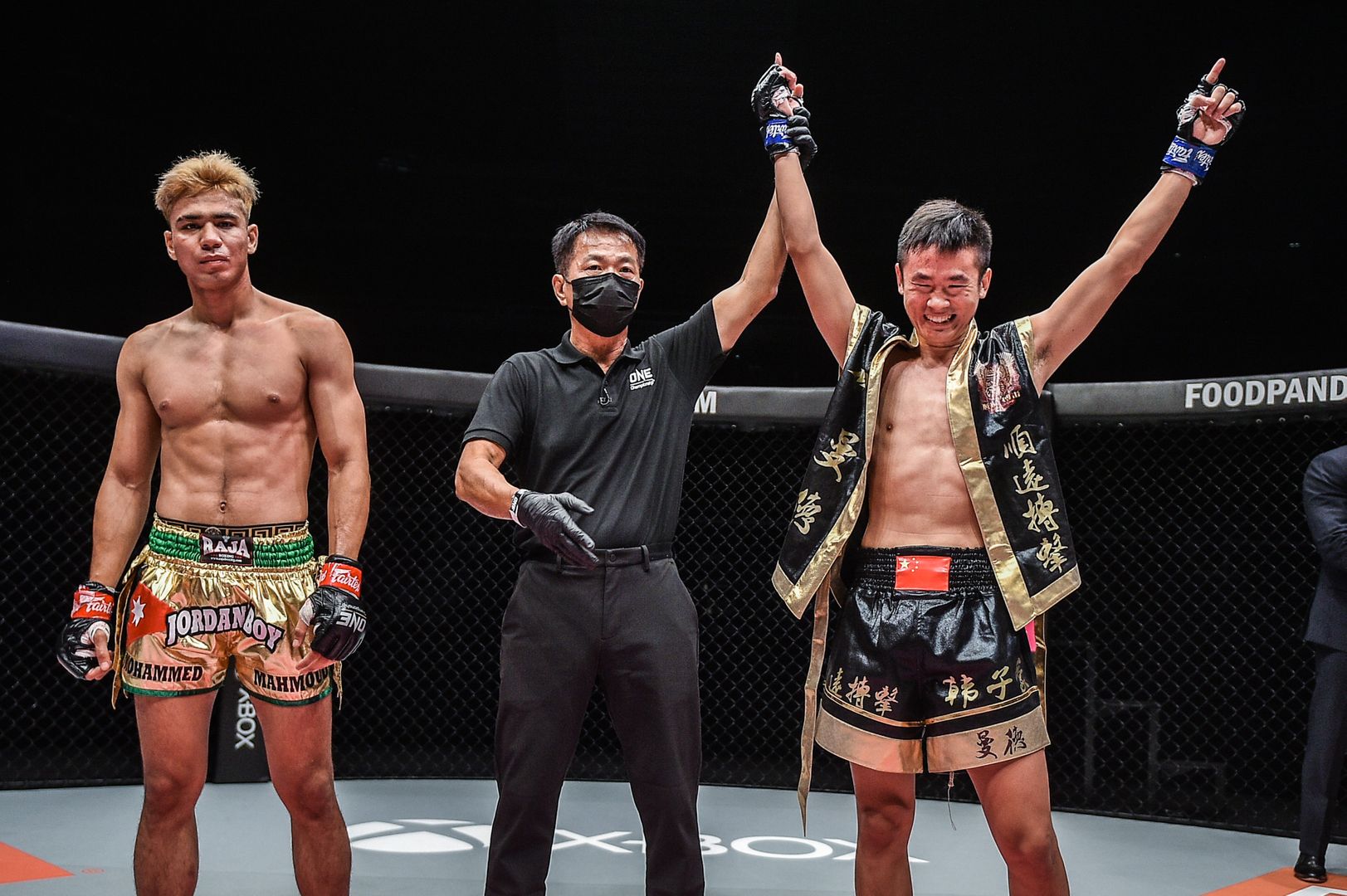 However, Han picked up right where he left off in the third and final round.

The two traded punches and kicks in the center, but the Chinese striker soon backed Mohammed toward the Circle Wall.

After dodging Mohammed’s strikes, Han charged in with an overhand right, which stunned “Jordan Boy.” He then leaped forward with a straight left that put the Malaysian on the canvas.

Though Mohammed answered the referee’s count, he was in no condition to continue and the bout was waved off just 49 seconds into the stanza.

The victory elevated Han’s record to 62-18 and pushed him closer to another ONE World Title shot.