After six years away from Muay Thai competition, Sagetdao “Deadly Star” Petpayathai marked his return to the sport with a scorching victory at the Singapore Indoor Stadium.

The 33-year-old Thai legend beat “Bamboo Sword” Zhang Chunyu by unanimous decision in their ONE Super Series Muay Thai featherweight clash at the previously recorded ONE: REIGN OF DYNASTIES II, which aired on Friday, 16 October. Sagetdao’s kicks caught Zhang’s attention early in round one, as the man who entered this bout with 162 career wins launched left limbs at his opponent’s head.

The Chinese striker, in return, did well to keep the pressure on the Thai, but as he walked “Deadly Star” around the Circle, he hesitated to attack.

“Bamboo Sword” eventually landed a right kick that rippled Sagetdao’s body, but the multiple-time Muay Thai World Champion made him pay with a two-piece punch combination. And whenever the featherweights engaged in the clinch, Sagetdao used his octopus-like arms to tangle up his rival. 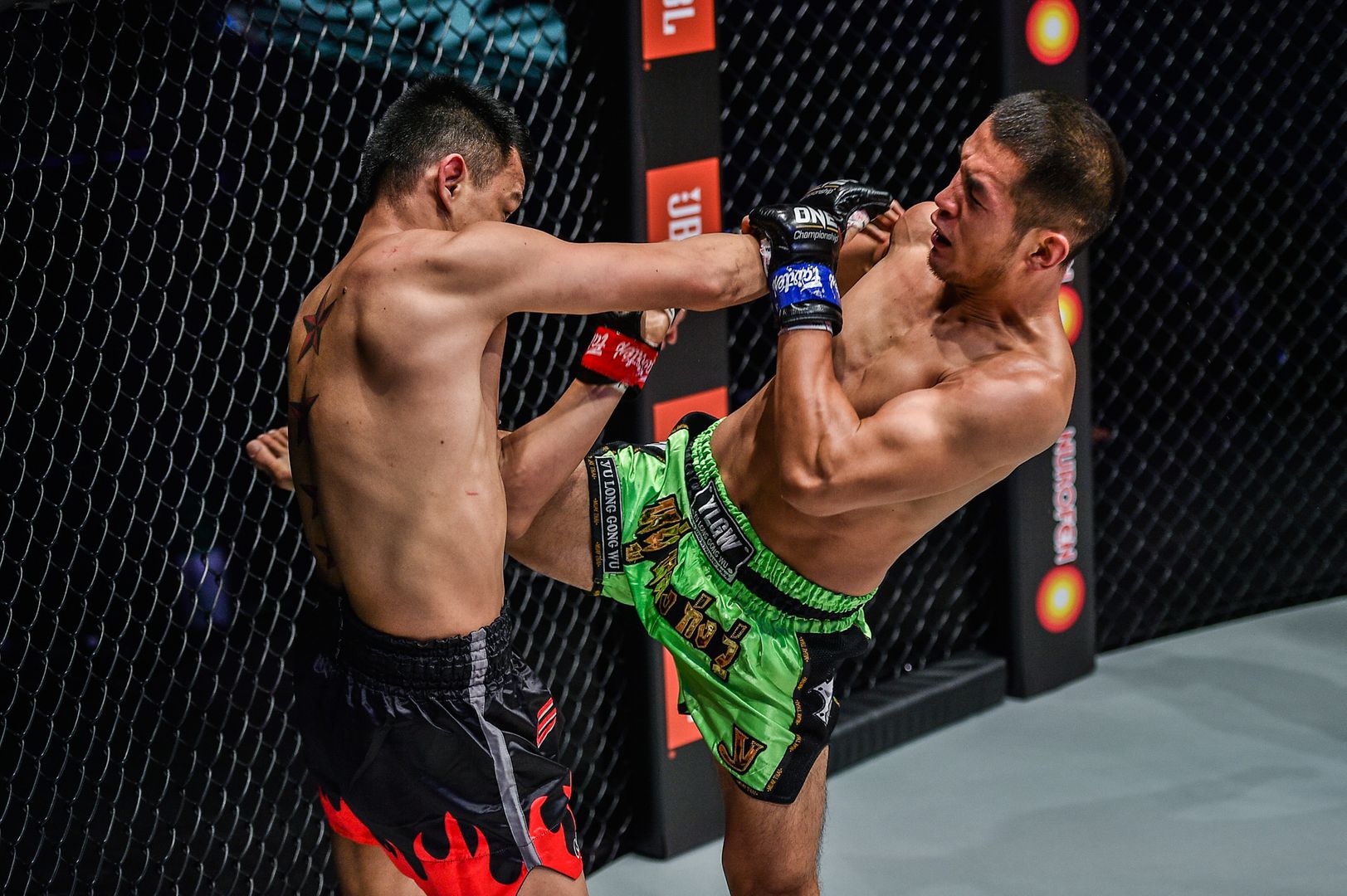 At the start of round two, “Bamboo Sword” increased his output, letting fly straight rights and body kicks.

Unfortunately for the Chinese athlete, every time he attacked, “Deadly Star” used southpaw jabs and straight lefts to make his opponent’s head look like a Pez dispenser.

Sagetdao then worked his way back inside the clinch, where he controlled Zhang by methodically posturing and dropping his body and then swimming his arms between his opponent’s upper limbs. Once in position, he snuck elbows through Zhang’s guard to test his chin. By round three, Sagetdao was most definitely the fresher of the two competitors – and certainly more confident. Zhang, on the other hand, breathed heavily as he absorbed more punishing left kicks.

A spinning elbow from the Chinese athlete looked like a last-minute attempt to make something of the bout, but a quick reaction from Sagetdao kept him out of harm’s way.

The Thai then took advantage of his fading opponent with more sweltering left kicks to ride out the remainder of the final stanza. All three judges scored the fight in favor of Sagetdao, who not only moved his record to 163-62-1 but also made a dominant comeback to Muay Thai and quite possibly shook up the ONE Super Series Muay Thai featherweight division.