Akimoto defeated the division’s #3-ranked contender, “Muay Thai Boy” Zhang Chenglong, in their main event clash at ONE: REIGN OF DYNASTIES II, a previously recorded event from Singapore that aired on Friday, 16 October. 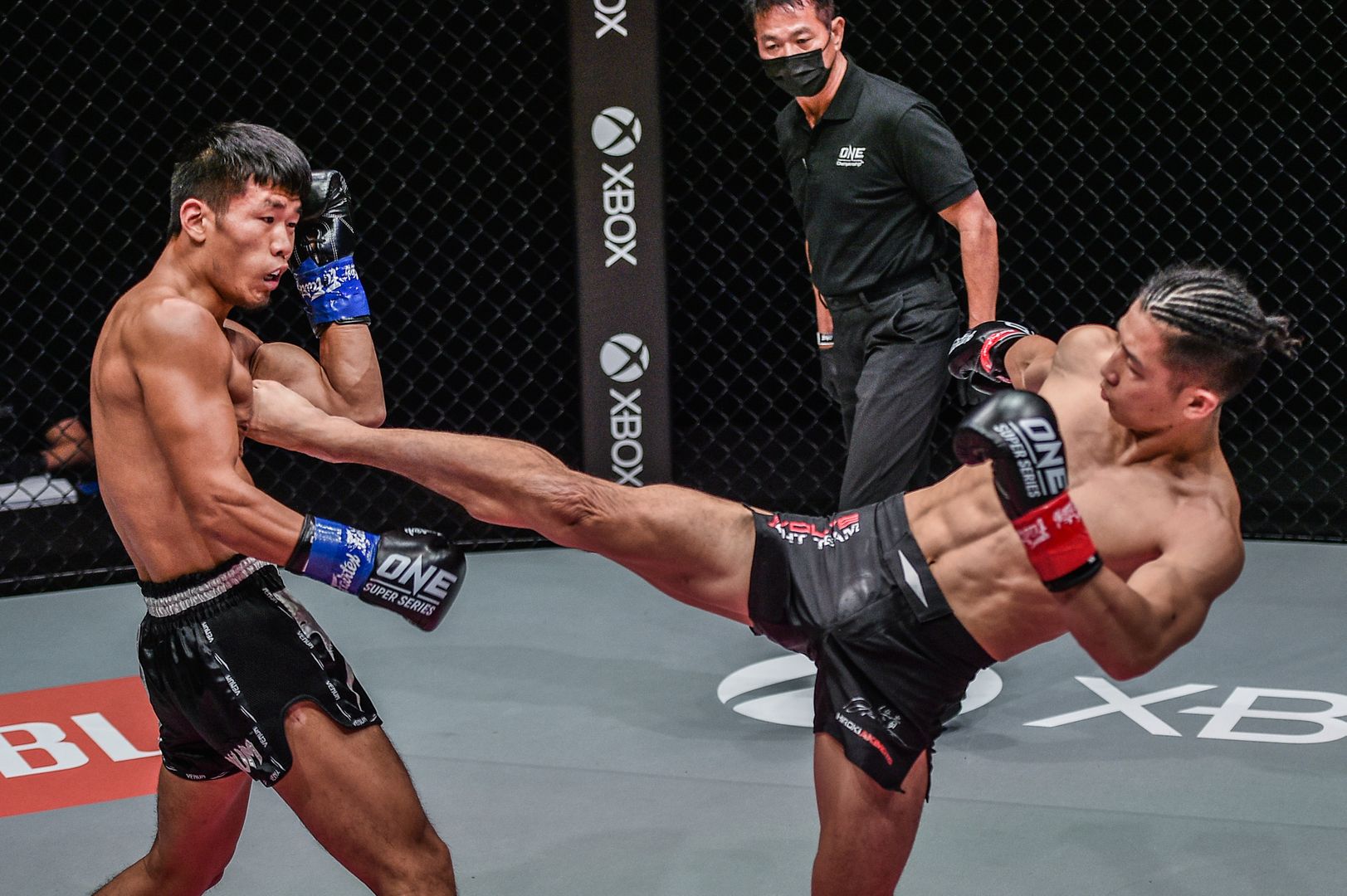 In round one, Akimoto and Zhang jockeyed with calculated kicks, slamming their shins into each other’s torsos and racking up early damage. But it was a jumping knee from “Muay Thai Boy” midway through the stanza that caught the attention of his Japanese opponent.

Shortly thereafter, the bantamweights began to unleash their hands, with Zhang walking forward behind his punches and Akimoto fighting off the back foot.

Luckily for the Japanese striker, he was able to sink in more body kicks, but “Muay Thai Boy” looked unfazed as he pelted the WFKO Karate World Champion with punches. 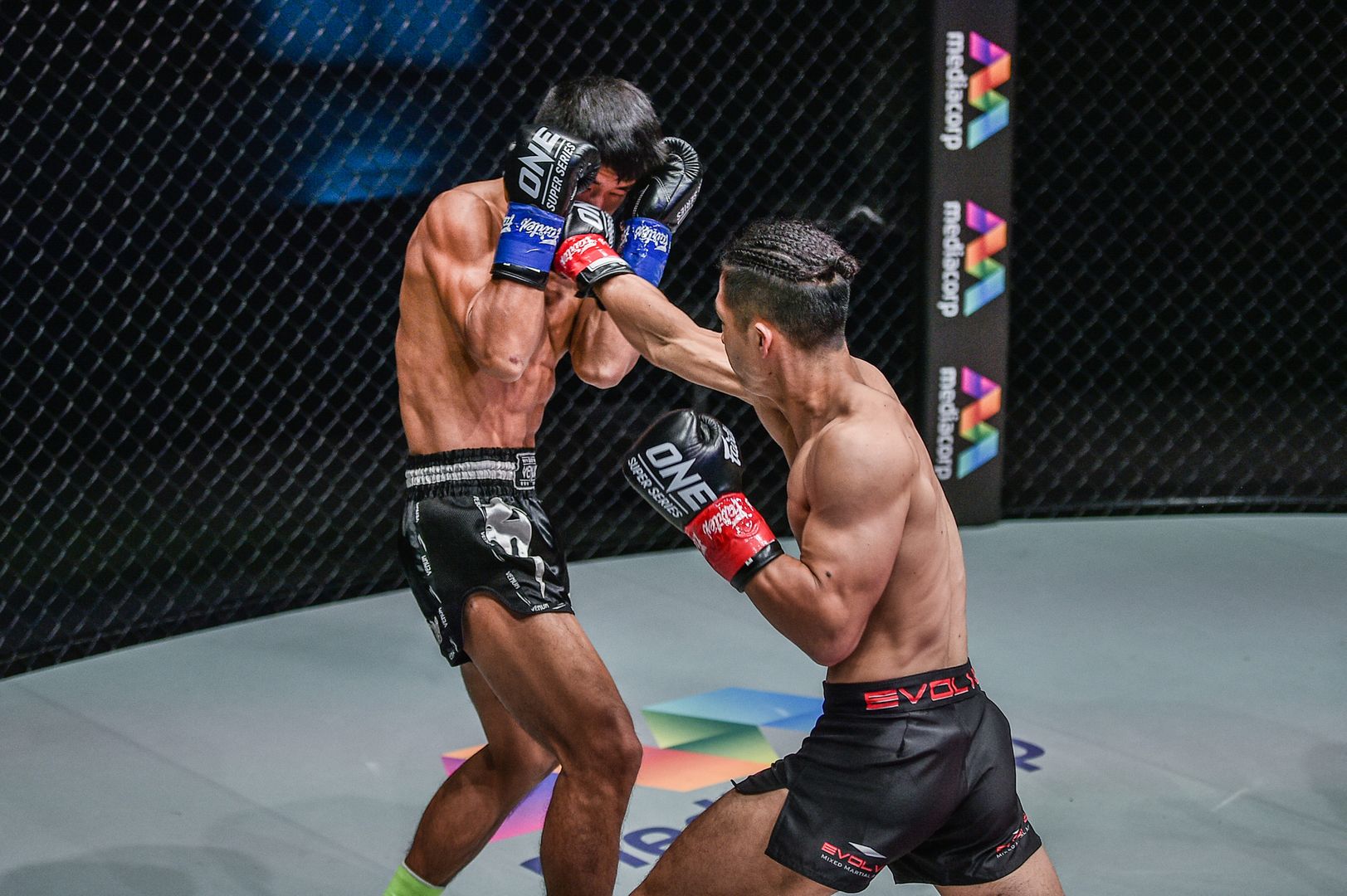 Stinging body kicks from both athletes got the action started in the second round, but while Zhang was pressing forward looking to punish the inside leg of Akimoto, he got caught with three alternating hooks and a right high kick that wrapped around his neck.

After a quick trip to the canvas, the Japanese standout returned to his feet and swung walloping left hooks at the man from China, who accepted the invitation and returned fire. The bout was still up for grabs heading into the third and final frame, and both men showed that they wanted to snatch the win.

Zhang pressed forward with stinging punches and a jumping knee, and Akimoto retaliated with punches and scorching body kicks.

A stiff right jab from “Muay Thai Boy” sent Akimoto backward, and not long after, he repeated the punch to similar effect. But the Evolve representative kept his composure and poured on punches as the final minute wore on. In the end, the judges scored the razor-thin contest as a split decision for Akimoto.

The victory nudged his record to 22-1 and may get him closer to the man who sits atop the division – ONE Bantamweight Kickboxing World Champion Alaverdi “Babyface Killer” Ramazanov.