The Chinese star utilized his speed, incredible footwork, and a dazzling array of strikes to defeat Azwan Che Wil via unanimous decision at ONE: REIGN OF DYNASTIES II, which was previously recorded in Singapore.

It was an entertaining ONE Super Series Muay Thai flyweight clash from beginning to end, but Wang was just a little too quick and a little too slick for his Malaysian foe. 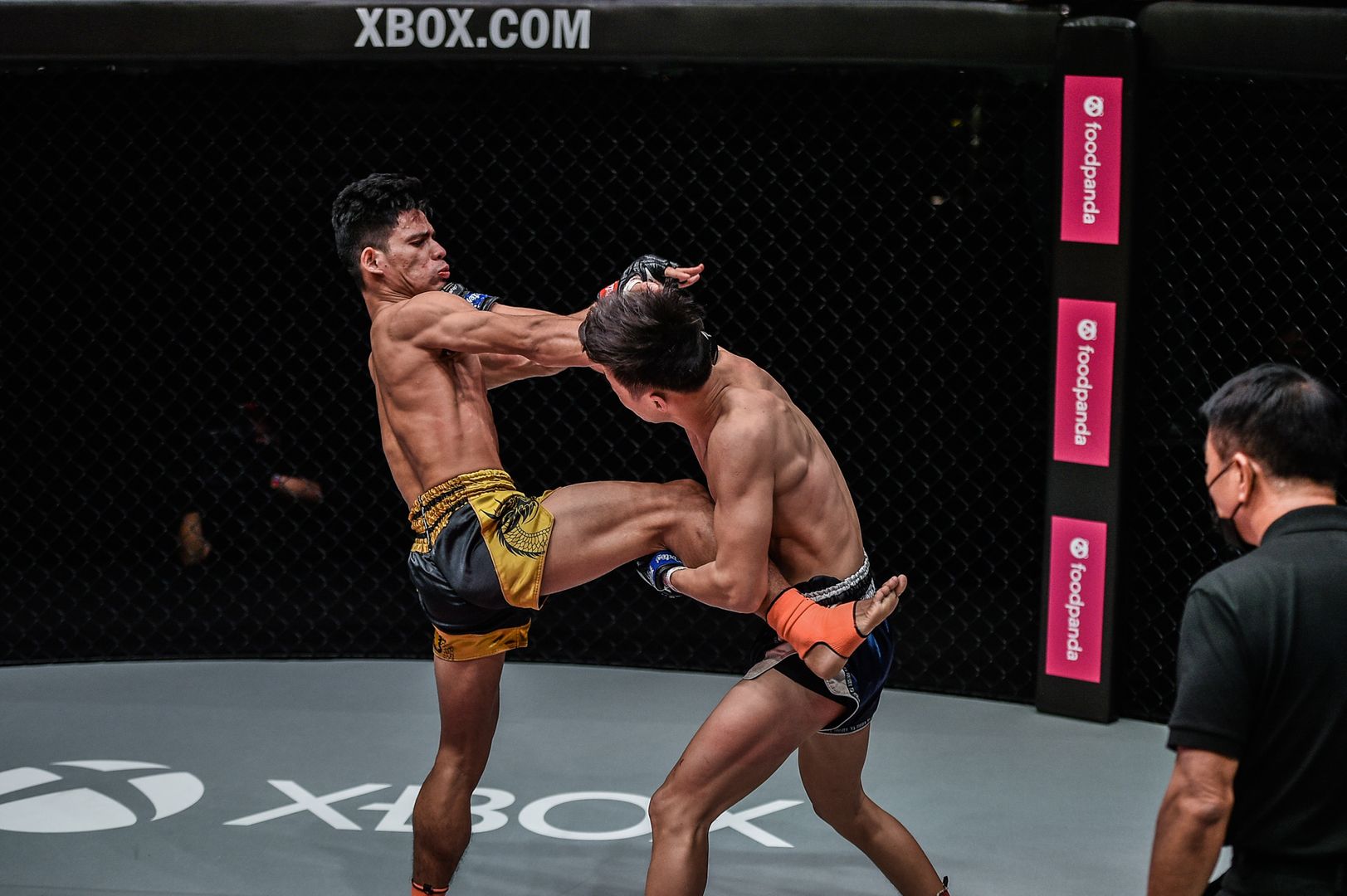 Che Wil started the bout strong, as he immediately faked a knee and then exploded with a jab-cross combination. He followed that up with hard leg kicks, but “Metal Storm” caught one and retaliated with a cross that dropped his foe to the ground.

With that high pace of activity set, both men started to implement their respective strategies.

The Malaysian pushed forward with a high guard, fired off low kicks, and threw punches to the head.

Meanwhile, Wang used his superior movement to dodge most of his rival’s shots and countered with hooks and rights of his own. He also clinched up with Che Wil a few times, brilliantly landed some gut-piercing knees, and looked to connect with some elbows.

In the final minute of the stanza, Wang walked down his adversary, used feints to trick him, and scored with leg kicks. 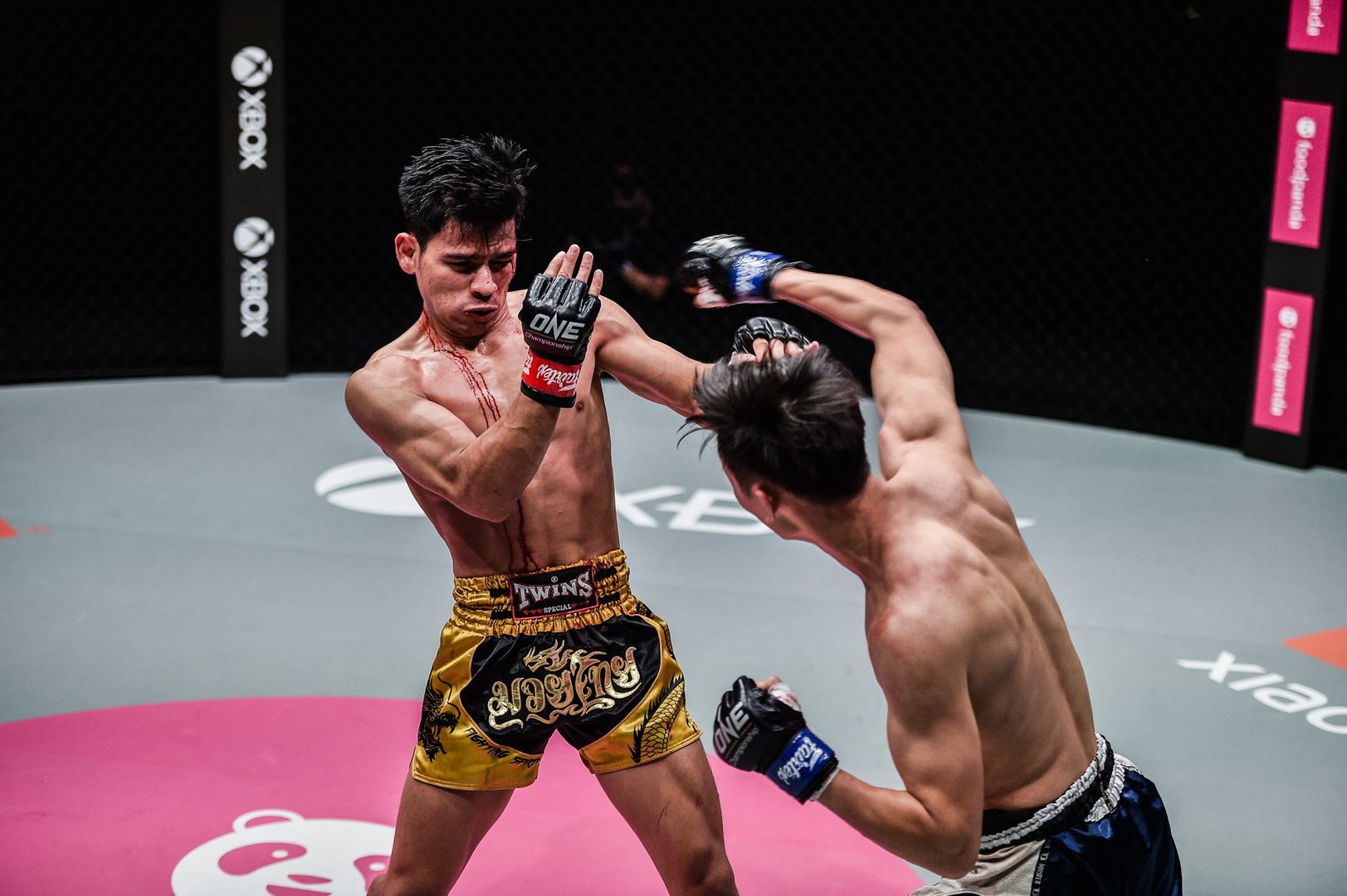 The blistering tempo continued at the beginning of the second round. Che Wil jumped forward with kicks to the body, but Wang dodged them and tried to land counter punches.

Both men were methodical in their attacks, as each looked to connect with leg kicks and jab-cross combinations. At one point, when “Metal Storm” was looking to use feints, the Malaysian brilliantly crashed forward by faking a knee strike and instead covered the distance to smash his opponent’s forehead with an overhand right.

However, the bout started to tilt in the Chinese athlete’s favor. Wang landed a picture-perfect jab-cross, ducked an incoming right hook, pulled for the clinch, and threw knees to the ribs and body.

Following a brief pause for an inadvertent knee strike to the groin, the fight resumed, and right when Che Wil leaped into the air for another one of his jumping kicks, “Metal Storm” caught the leg while simultaneously cracking his foe with a pair of crosses to the upper chest.

That didn’t deter the electric Malaysian from trying the move again. Che Wil connected with a jumping roundhouse to the ribs, but again, Wang countered with a right that knocked his adversary to the ground. 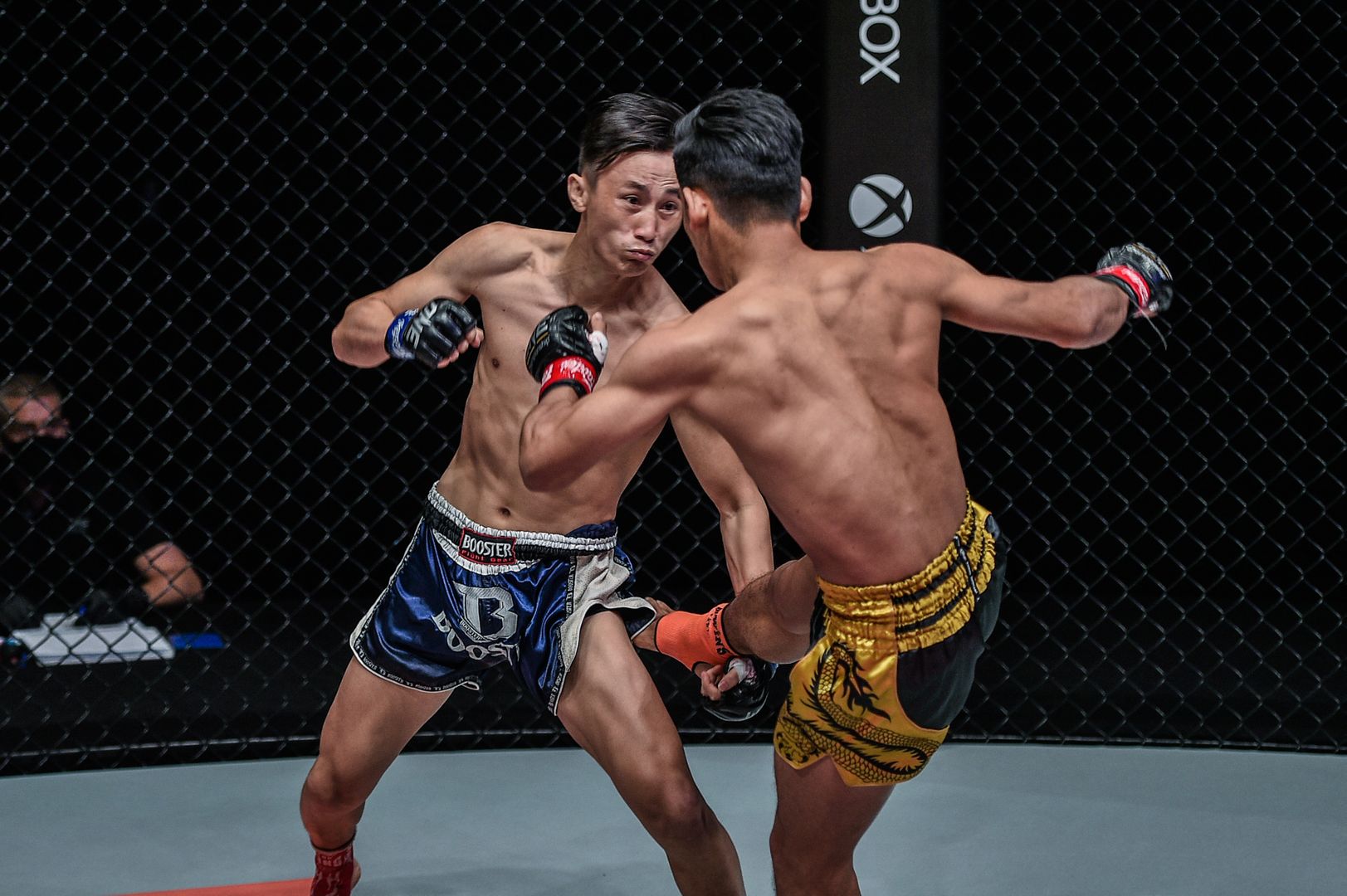 Although the opening two stanzas were closer, Wang truly ran away with the bout in the third and final stanza.

The Chinese striker dodged his rival’s wild kicks, but Che Wil bum-rushed him to the Circle Wall with a jab-cross-left kick combination.

But “Metal Storm” quickly pulled for the clinch, threw some knees, slid behind the Malaysian to the opposite side of his body, and connected with a horizontal elbow that dropped Che Wil to the ground for the first official knockdown of the fight.

The damage started to accumulate, and the N41 Madness Muay Thai Gym representative couldn’t do anything to turn the tide in his favor. His jumping kicks didn’t land, he ate more punches, and he couldn’t get a clean opportunity to land a knockout. 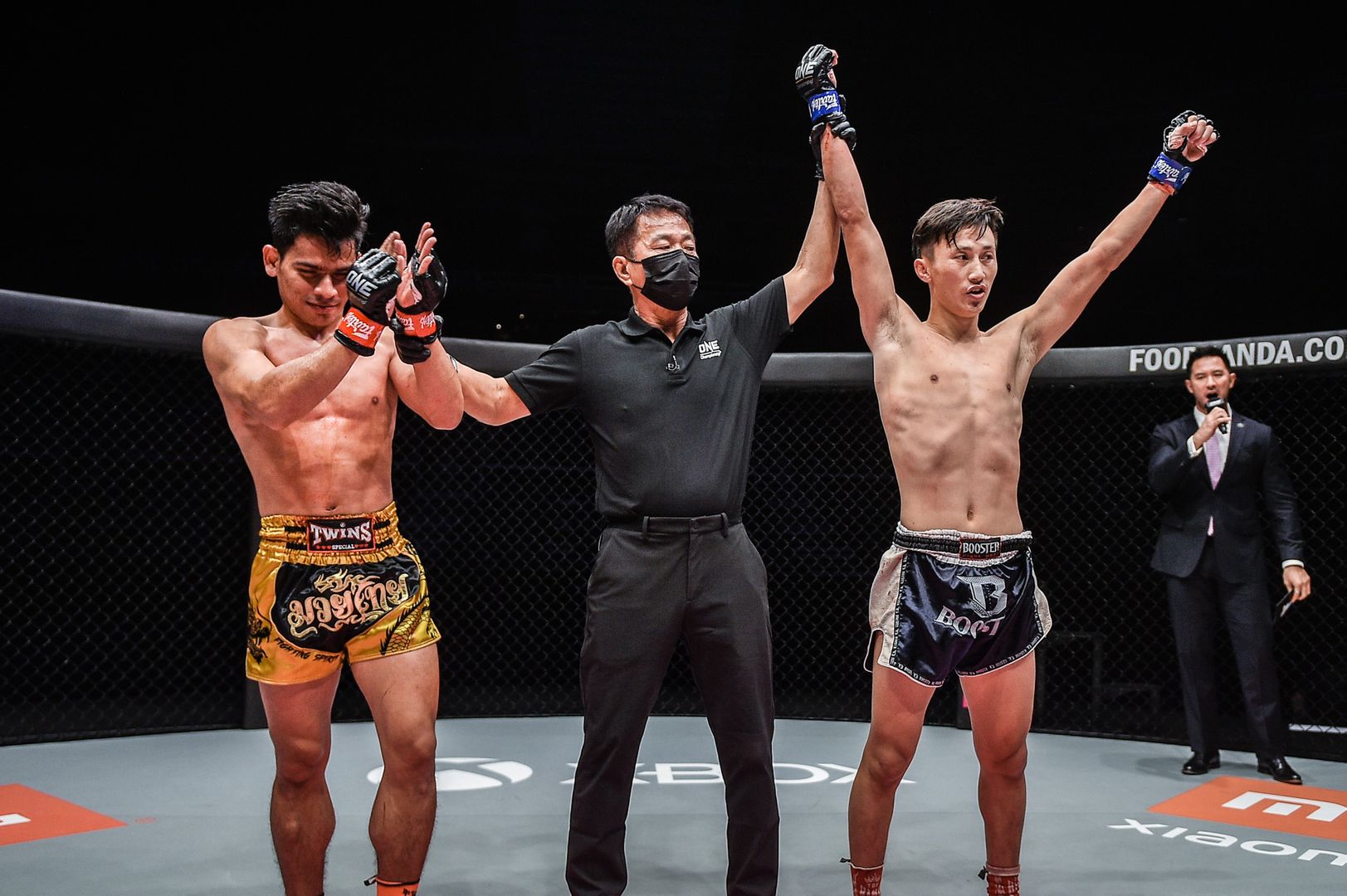 In the end, all three judges awarded the unanimous decision victory to Wang, who moved his record to 41-8-1.

The win also ensured that Wang will maintain his #4 contender spot in the flyweight kickboxing division, putting him on the path toward a rematch with his longtime rival, ONE Flyweight Kickboxing World Champion Ilias “Tweety” Ennahachi.