Ryuto “Dragon Boy” Sawada was relentless while competing in his second home of Singapore, and he was rewarded mightily for it.

The Japanese athlete used an impressive grappling display to score a dominant unanimous decision win over Miao Li Tao at the previously recorded ONE: REIGN OF DYNASTIES II, which aired on Friday, 16 October. 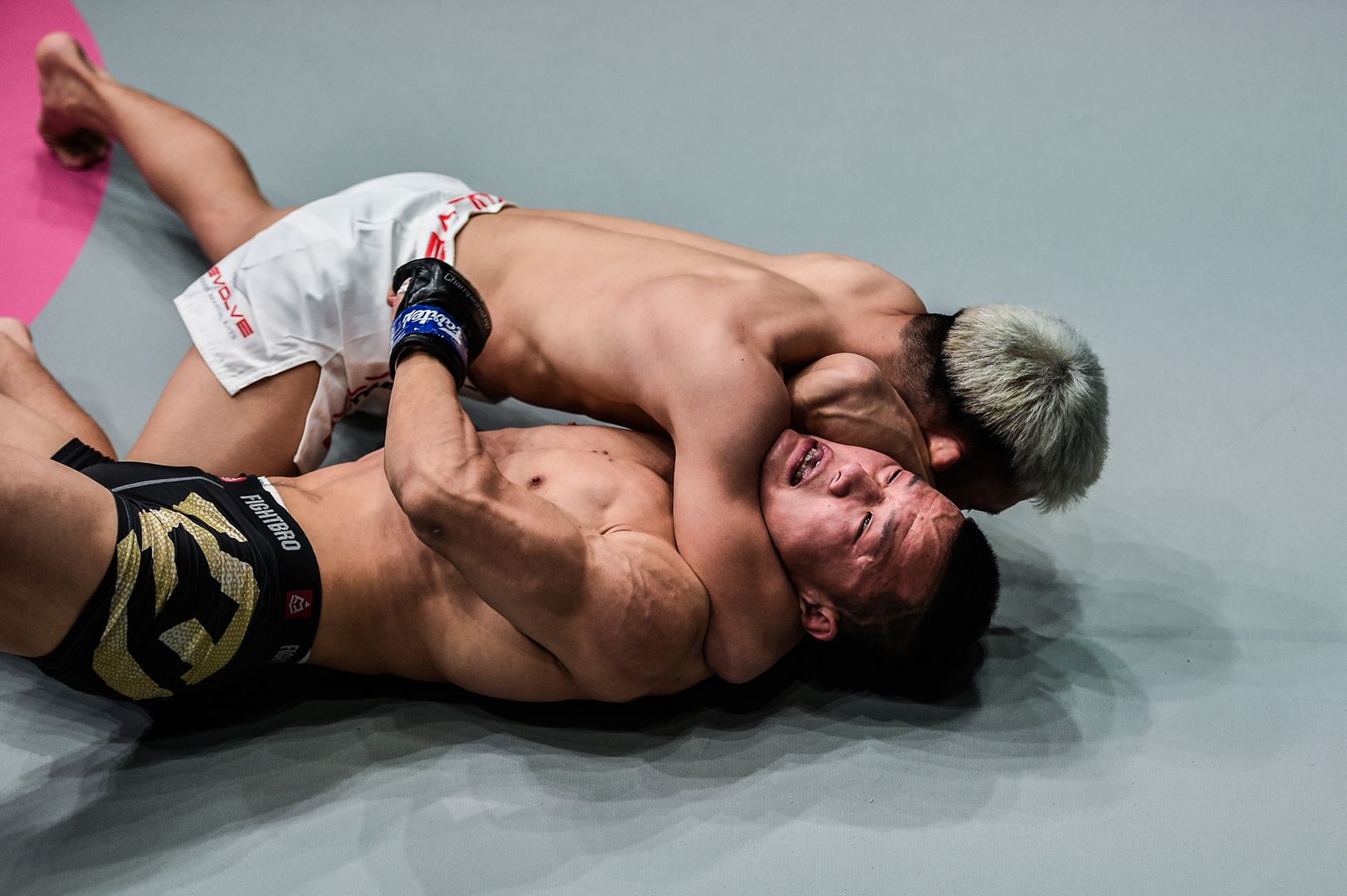 From the onset, it was clear that “Dragon Boy” was more than happy to turn this match into a grappling contest.

He shot for a takedown less than 30 seconds into the strawweight mixed martial arts bout, and while Miao briefly returned to his feet, Sawada tried again and finally got to his opponent’s back. From there, he worked on an arm triangle, which looked deep before the Chinese star managed to escape.

Just when Miao looked like he might stay up on his feet, a one-two combination allowed the Japanese athlete to land another takedown and take his rival’s back once more.

“Dragon Boy” attempted a rear-naked choke this time, but Miao was simply too slippery. He not only spun out of that predicament, but he also reversed their positions as the round ended with him in Sawada’s guard. 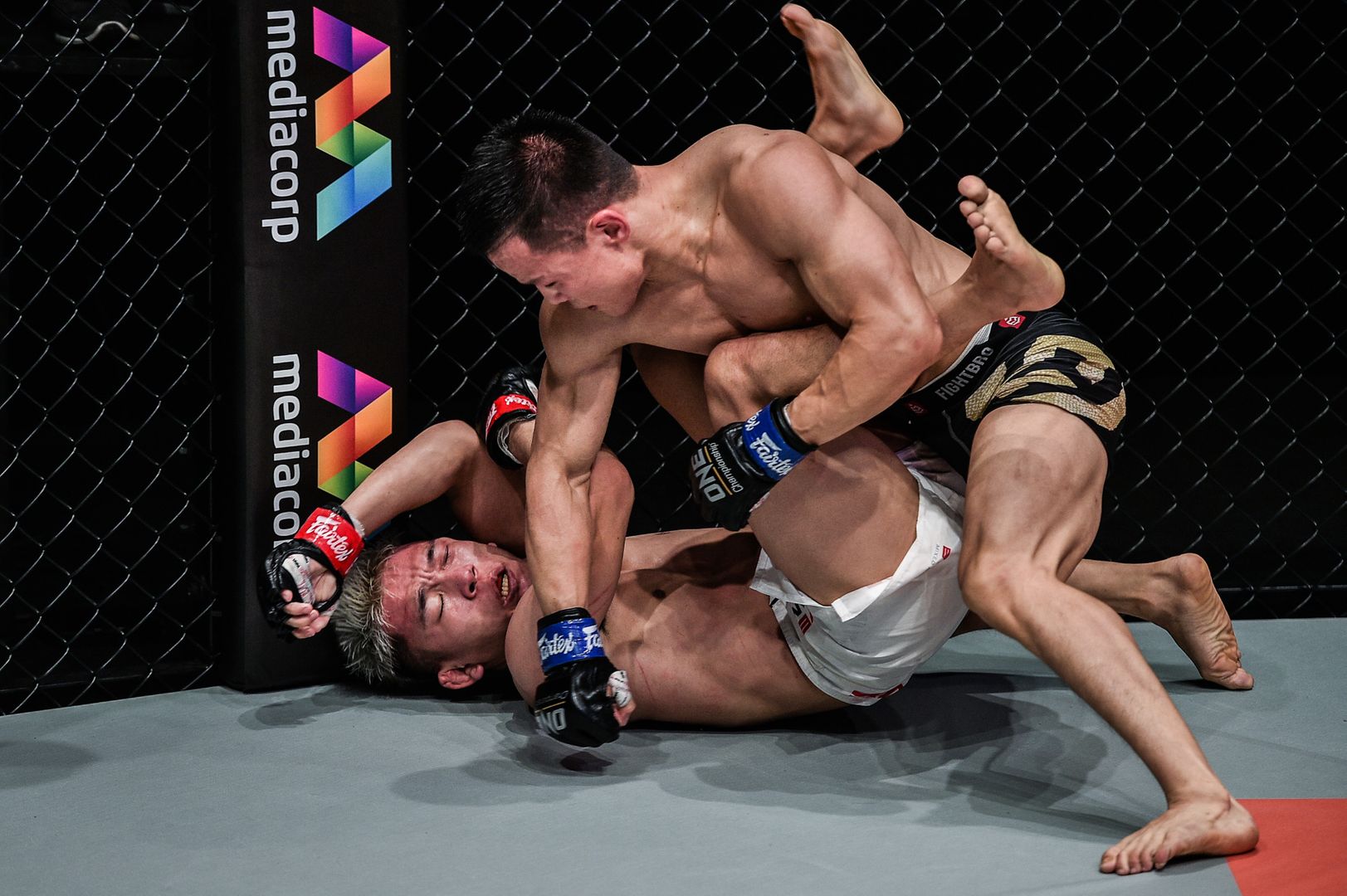 The Chinese athlete tried to turn the match into a striking contest in the second round, but Sawada remained determined to keep it on the ground. “Dragon Boy” slipped Miao’s early heavy right and went for the takedown, and he then actively looked for the rear-naked choke once more.

The referee had to stop the action for a bit, as he penalized Miao with a yellow card for digging into his opponent’s gloves while Sawada tried to put on the choke.

However, the break worked in Miao’s favor, as he reversed the fighters’ positions once more and managed to stay on top for a while.

The Chinese star landed some punches from Sawada’s guard for his first real offense of the night. Then, the two men scrambled back to their feet as the second round ended. As expected, “Dragon Boy” once again went for an early takedown in the third, but Miao was ready for him, sprawling well and landing two short punches for good measure.

Sawada kept going, though, as he committed to the single leg and eventually got the takedown. Then, he tried to take Miao’s back once more.

That backfired on him, as Miao reversed the positions once again to land in his opponent’s guard. The Japanese fighter stayed active on the bottom, but the Chinese star defended well while landing some ground-and-pound from the guard.

Just as Miao was getting comfortable with his punches from the top, Sawada went for a heel hook. While unsuccessful, it allowed him to break free from his rival’s grasp. The round ended with both men looking to gain advantageous positions on the ground. While the third was a better stanza for Miao, “Dragon Boy” had clearly been the busier man from the onset – a notion the judges agreed with, awarding him the unanimous decision win and his 13th professional victory.