The beauty of submissions lies in the ability of a fighter to take an opponent to the ground, advance position via grappling mastery, and swiftly transition to a smooth finish featuring skill and technique.

The last quarter in ONE Championship has seen some of the best submissions in recent memory, led by a handful of incredible technicians.

We look back at the last three months and rank the five best submissions that took place.

25-year-old Jenny Huang of Chinese Taipei has flown largely under the radar since debuting for ONE Championship in June of 2015. She tried to make things interesting by reaching out to audiences in creative ways, such as walking out to the cage in a Street Fighter Chun-Li outfit.

In MMA, however, performances speak louder than anything else, and fortunately for Huang, she is certainly not lacking in highlight-reel submissions.

After figuring in a decision win in her ONE Championship debut, Huang has since strung together three straight submission victories inside the ONE Cage, with the most impressive coming in her last outing.

Huang recently took on highly-regarded Filipina atomweight April Osenio of the famed Team Lakay of Baguio City. While Osenio dominated both the striking and wrestling aspect of the fight, Huang remained dangerous to the very end with her high-level grappling skills.

It does not matter how much trouble Huang may seem to be in. Due to her inherent mat skills, Huang will always be a threat. Against Osenio, Huang made sure the fans were reminded of that.

After scoring points on a reversal, Osenio wound up in top position inside of Huang’s guard, thinking she had just gained the upper hand. That is when Huang worked her magic.

Utilizing an incredibly flexible rubber guard, Huang passed her right foot over Osenio’s left shoulder and snaked it underneath the Filipina’s chin. Casual fans probably did not know what they were seeing, but those who know Brazilian jiu-jitsu recognized the high-level technique that was about to ensue.

In a quick and unexpected finish, Huang executed the first-ever gogoplata submission in ONE Championship history. The foot choke is so rare, that it has only been done a handful of times in professional MMA competition, yet Huang was able to pull it off. Osenio never saw it coming. 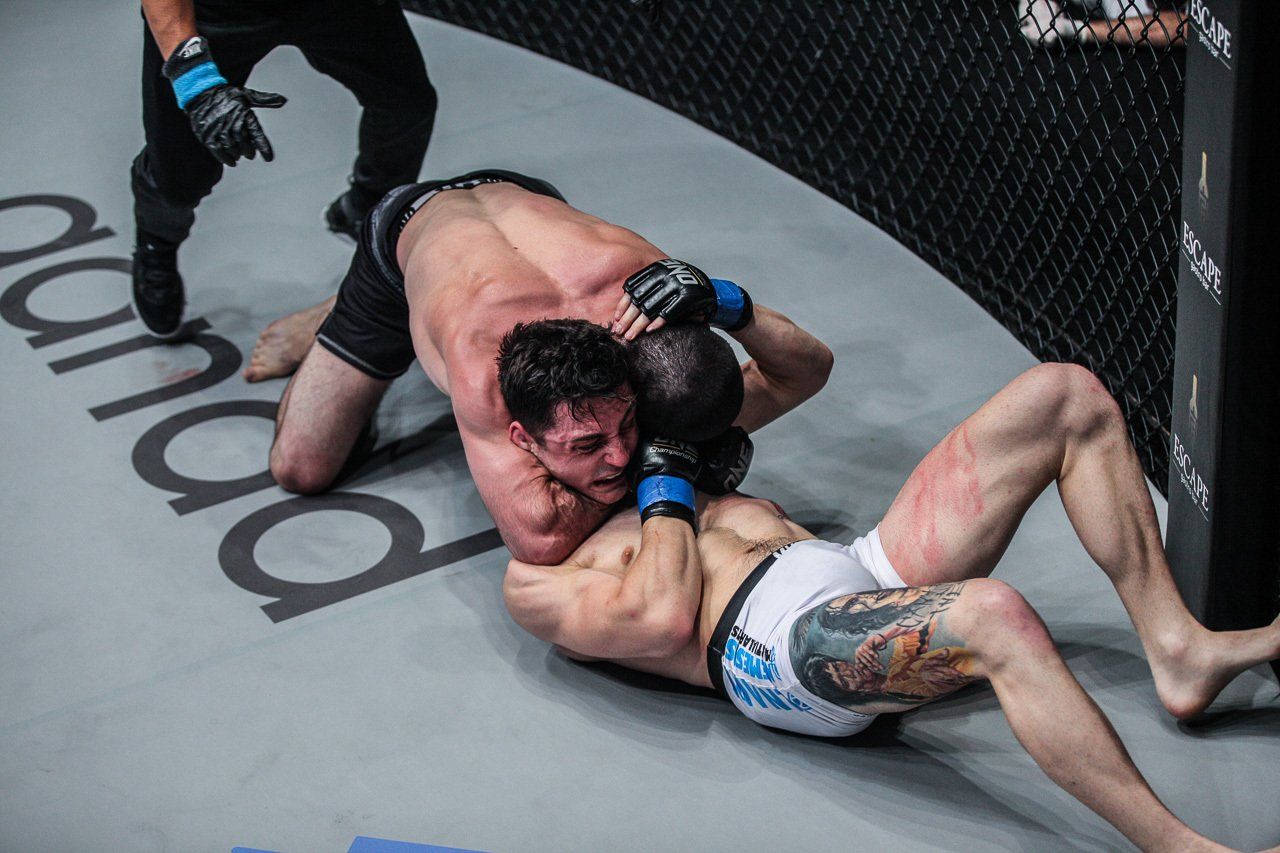 Yusup Saadulaev has had ups and downs in his career, but it seems he has discovered a new groove recently, culminating in a highly-impressive submission victory over young Australian prospect Jordan Lucas.

With ONE Featherweight World Champion Marat Gafurov escorting him to the battleground, Saadulaev entered the cage and looked to take the youngster down from the get-go, setting his shots up perfectly with his strikes.

Although Lucas, a former BRACE bantamweight champion, was determined to get a win, Saadulaev made sure his experience shone through, which ultimately made the difference.

The man they call “Maestro” wowed the crowd with an extremely technical submission finish. The result was a spectacular modified rear naked choke victory — a “black belt” move as praised by commentators Peter Davis and Mitch Chilson.

As Saadulaev tightened his grip around the young Lucas’ neck, you could see the resolve slip away from the Australian prospect’s gaze after being forced to tap out.

With the win, Saadulaev proved that he remains a legitimate top contender in ONE’s bantamweight ranks. 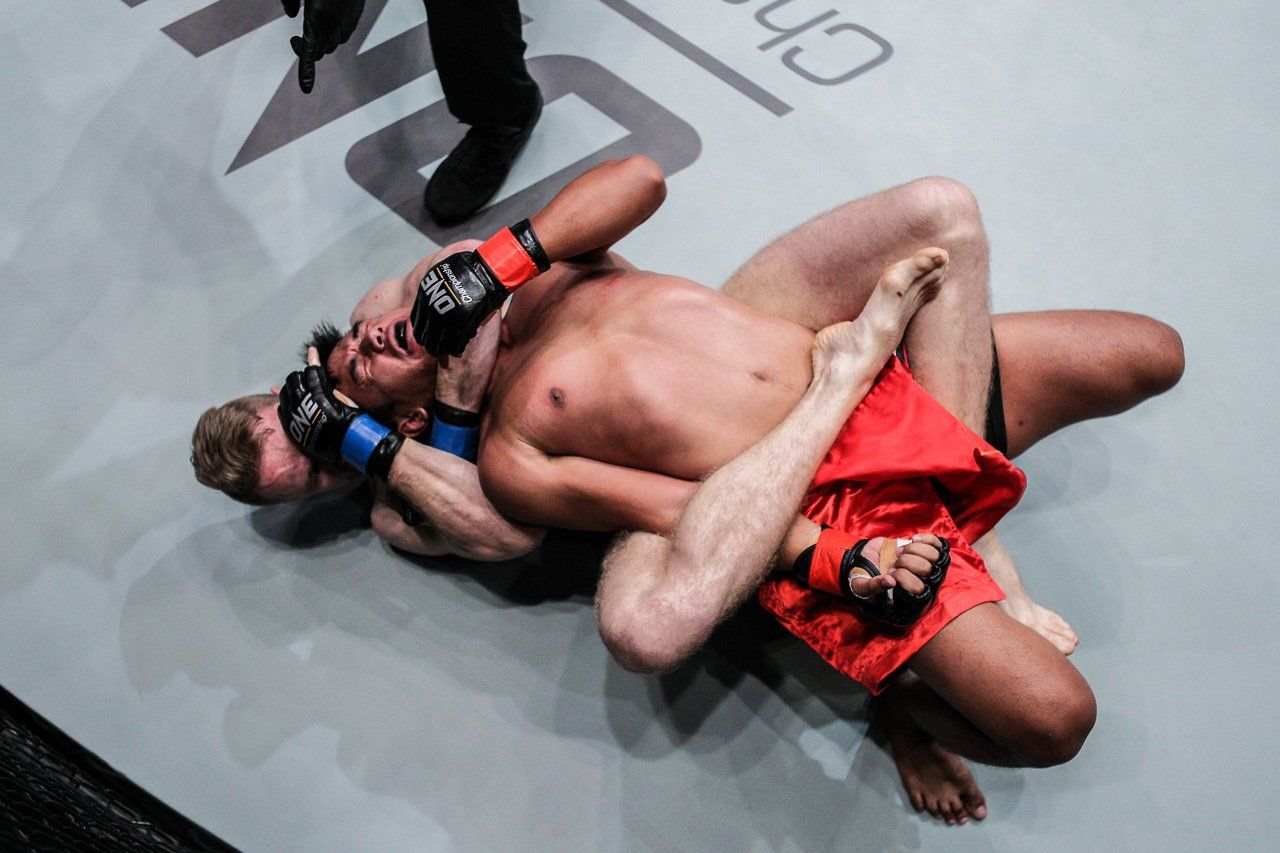 The former bantamweight standout entered the promotion with a stellar 10-1 professional MMA record, but lost his first two bouts in ONE, dropping a knockout loss to ONE Bantamweight World Champion Bibiano Fernandes and then succumbing by TKO to Tajikistani prospect Muin Gafurov.

Tauru did not hang his head too low, however, as the proud Finnish warrior knew it was only a matter of time before he could secure a victory to properly announce his arrival in ONE Championship.

Tauru, a grappling maestro, wasted absolutely no time in the stand up with his Filipino foe. Tauru knew Eustaquio was dangerous on his feet, and that standing with him would be akin to a loss.

Tauru shot immediately for a single leg, and drove Eustaquio to the mat with ease. From there, Tauru used his size and strength advantage to power through a rear-naked choke to notch the win in the first round. He even expertly neutralized Eustaquio’s defense by trapping one of the Filipino contender’s arms.

It was a satisfying moment for Tauru, one that he had been waiting for since he first joined ONE, and it came against a big name in Eustaquio. The victory marks Tauru’s eighth submission win in 11 triumphs. 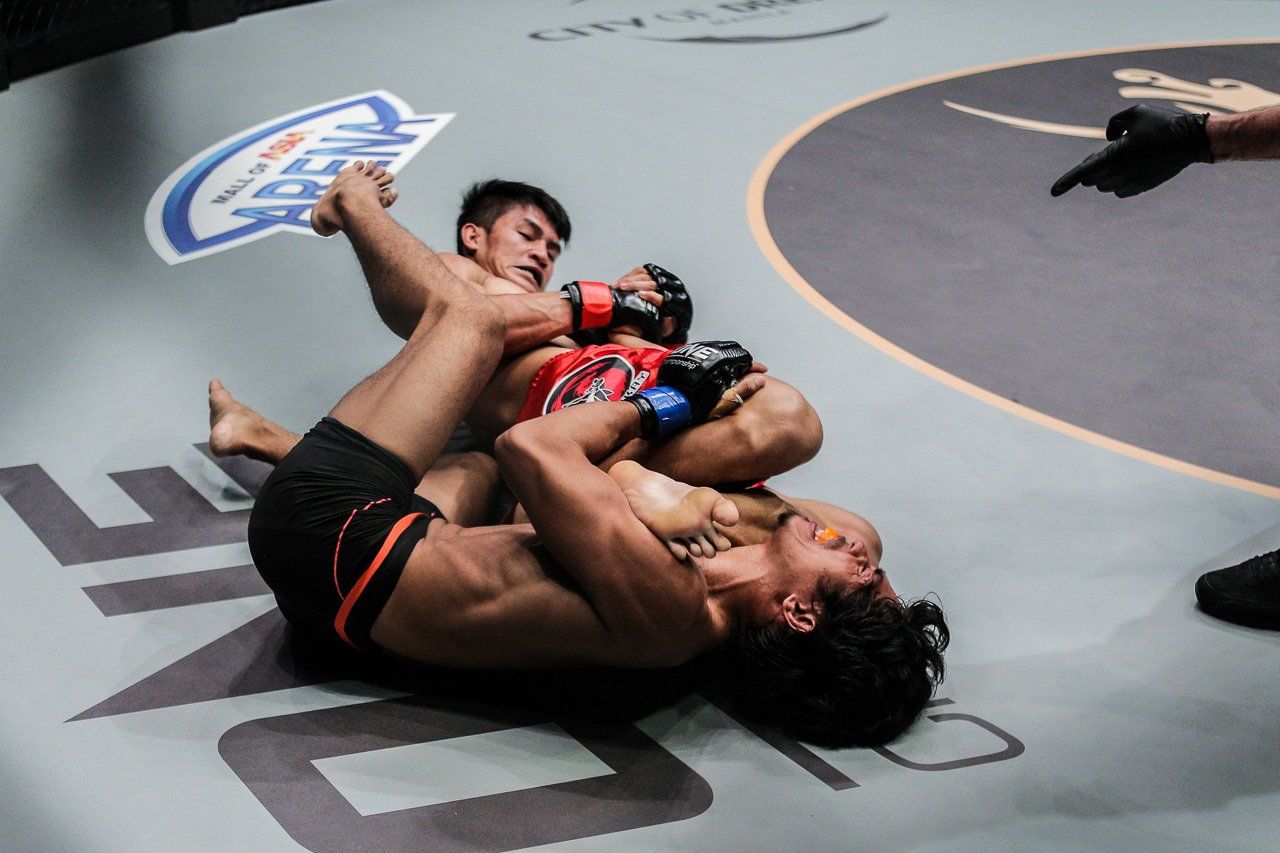 ONE’s Manila show had some great submissions this year, and this one is no exception.

When the fight was first announced, fans knew Kingad would be in a tough contest, because Toquero is one of the most complete fighters at flyweight.

Kingad, a relative newcomer to the promotion, was thrust into a very difficult challenge early in his career. With just three professional MMA fights under his belt, Kingad was pegged as the underdog, and rightfully so.

Toquero, who had much more cage experience, was poised to show the youngster a thing or two. But being the underdog did not faze Kingad one bit. Prior to the bout, Kingad told media he felt that he was ready for the biggest challenges, the title shots, and everything that came along with it.

In the fight, Kingad battered Toquero on the feet and maneuvered him effortlessly on the ground before putting together the finish. As Kingad latched on to Toquero’s right arm, the Team Lakay fighter executed a flawless transition into an armbar that left Toquero no choice but to submit.

It was a very impressive performance from Kingad and one that will definitely sets the expectations high for his future fights. One thing is for sure — Kingad definitely has the grappling chops to hang with the best, and that is a good thing to have at such a young age. 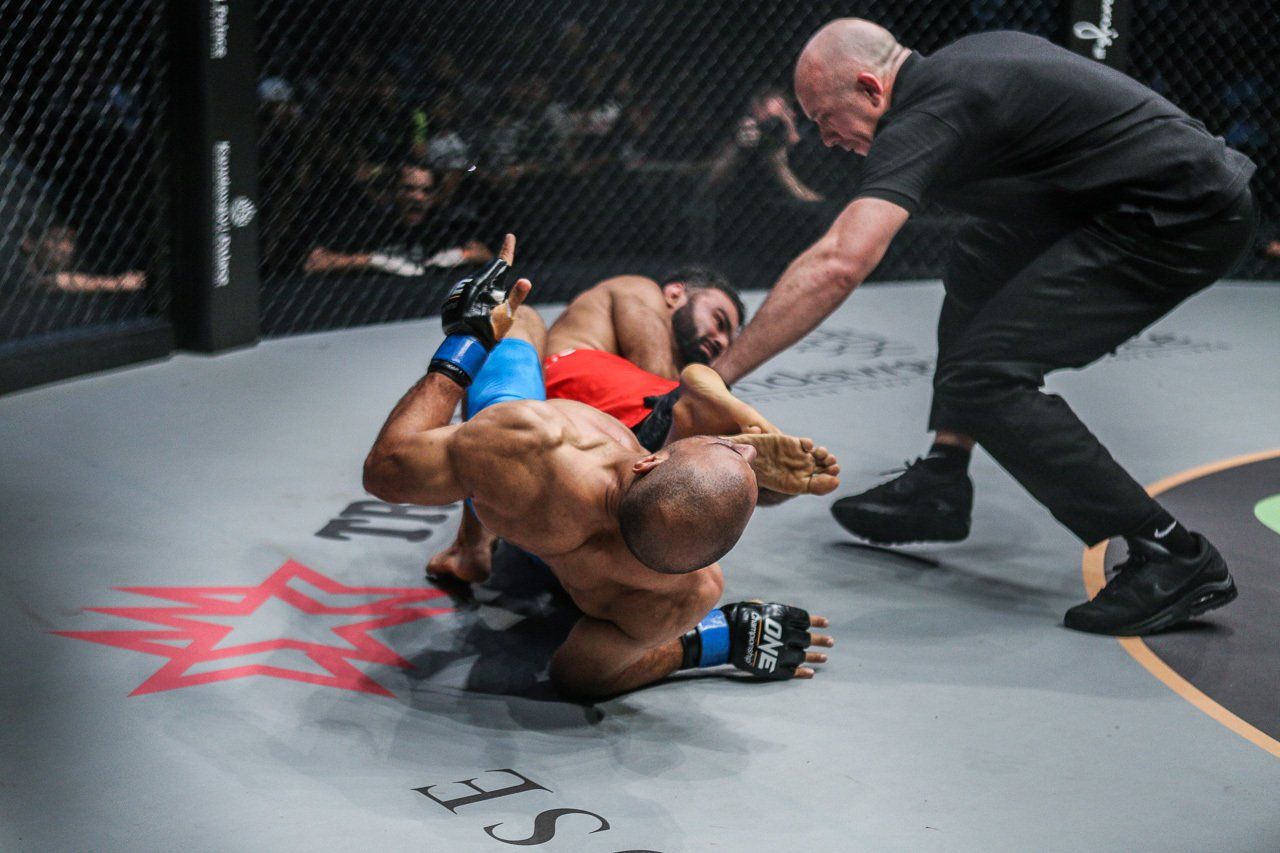 Widely regarded as the “Godfather of Pakistani MMA” Bashir Ahmad was one of the first fighters from Pakistan to popularize the sport in the country.

Featuring a complete striking and grappling skill set, Ahmad made his successful ONE Championship debut with a resounding victory over the highly-regarded Shannon “One Shin” Wiratchai.

Heel hook submissions are commonly attempted, but rarely completed. The reason is that attempting a leg lock usually leaves you susceptible to ground strikes from your opponent. It takes a great amount of skill and proper technique to be able to force an opponent to tap from the maneuver.

Ahmad did just that against Egypt’s Mahmoud Mohamed in his most recent bout. After Mohamed connected with a few strikes from range, Ahmad closed the gap and took his opponent to the ground, expertly secured the submission, and got the win in the very first round.