Fans from the Philippines will be glued to the action at ONE: CENTURY PART I as Team Lakay’s young phenom Danny “The King” Kingad tries to shock the world by defeating global icon Demetrious “Mighty Mouse” Johnson in the ONE Flyweight World Grand Prix Championship Final.

The American hero was the hot favorite at the start of the tournament, but the way the bracket has played out so far has proved there is no such thing as a certainty in mixed martial arts, and a surprise could be in store in Tokyo, Japan

Ahead of the conclusion of the World Grand Prix, which will determine the next challenger for Adriano “Mikinho” Moraes and the ONE Flyweight World Title, take a look back at how Kingad and Johnson made it this far.

The tournament began at ONE: A NEW ERA in March with a stellar performance from Kairat “The Kazakh” Akhmetov, who took a unanimous decision win from Reece “Lightning” McLaren.

The former ONE World Flyweight Champion showed a new level to his boxing skills as he knocked down his Australian rival with a looping left hook in the first round, and then continued to get the edge as these elite athletes went toe-to-toe for 15 minutes.

McLaren was never out of the contest as he continued to bring the pressure and looked to maintain his winning streak, but the Tiger Muay Thai representative was on a new level as he booked his semifinal spot.

Just minutes later, Kingad continued his run of winning wild battles with a remarkable performance against Japan’s Senzo Ikeda in one of the best bouts of 2019.

It did not take long for both men to start flinging their entire bodies at each other as they engaged in furious striking exchanges and grappling scrambles. The Pancrase World Champion landed clean with several hard punches, but “The King” displayed a combat IQ beyond years to recover and turn the tables.

Ikeda was also roared on by the home crowd as he attempted a rear-naked choke in the dying seconds, but it was not enough to sway the judges’ favor after the Filipino’s dominant offense throughout a dramatic 15 minutes.

On the other side of the bracket, Johnson began his campaign against Yuya “Little Piranha” Wakamatsu and was tested more than most fans would have imagined possible.

The 24-year-old from Japan displayed fantastic defensive grappling to stay on his feet in the opening round, and blitzed with strikes to leave a few marks on “Mighty Mouse’s” face by the time he went back to his corner.

The pound-for-pound great’s indomitable class soon shone through after the restart when he forced the contest to the floor and grabbed hold of an inescapable guillotine choke to submit the Pancrase Flyweight Tournament Champion and win his ONE Championship debut.

The last quarterfinal was delayed by a few weeks when Tatsumitsu “The Sweeper” Wada’s original opponent – Brazil’s Ivanildo Delfino – suffered an injury.

Gustavo “El Gladiator” Balart stepped up at ONE: ROOTS OF HONOR, and he almost pulled off a surprise result at short notice as he marched Wada down and threw haymakers.

He also showed off his Greco-Roman Olympic wrestling, but the DEEP Flyweight Champion eventually used his height and reach advantage to overcome the Cuban’s aggression. That allowed him to clinch a unanimous decision victory to set up a date with “DJ.”

The competition moved from the Circle to the ring for the World Grand Prix semifinals, when ONE returned to Manila for ONE: DAWN OF HEROES in August.

Before the action began, a spanner was thrown into the works when Akhmetov was forced to withdraw due to a hand injury, but McLaren had no hesitation about jumping back into the fray against Kingad, and the Australian almost stunned his rival’s home crowd.

The Filipino found himself in trouble against the Brazilian Jiu-Jitsu black belt within a minute and had to fend off a series of rear-naked choke attempts. After the restart, he came out firing in an attempt to swing the balance of the bout in his favor, but “Lightning” responded by putting him down and flexing his grappling muscles again.

Kingad had to dig deep into his reserves in the final round to explode into takedowns so he could finally unload with his most significant offense. His torrent of ground and pound was enough to earn a razor-thin split decision.

That left one more match, and just like his quarterfinal, Johnson found life difficult against a skilled Japanese opponent. Wada dominated the 33-year-old on the ground in round one. He took his back and controlled the American in a way many fans had never seen before.

That meant the fans in Manila would be treated to another dramatic comeback if “Mighty Mouse” wanted to reach the final, and he obliged by switching his approach to a grapple-heavy attack that put him in the position to pepper “The Sweeper” with strikes on the mat.

It was another close contest, but all three judges awarded the win to Johnson to set up his World Grand Prix Championship Final with Kingad when they return to Tokyo for the biggest event in ONE history.

Read more: 5 Lessons We Learned From The ONE Flyweight World Grand Prix So Far 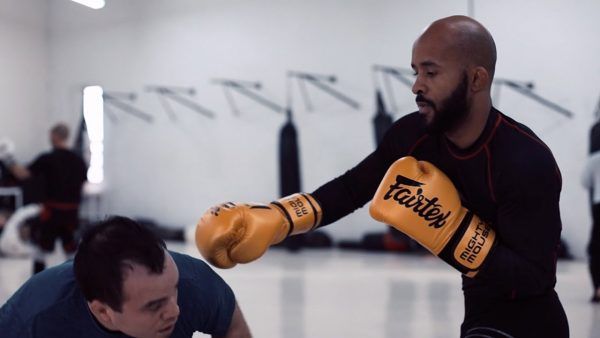 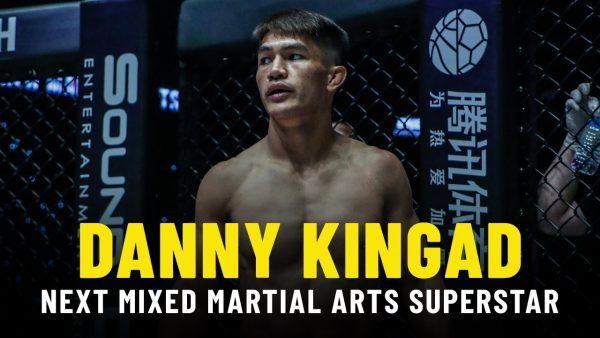