Many of ONE Championship’s martial arts heroes continued their march towards greatness at ONE: UNSTOPPABLE DREAMS on Friday, 18 May.

The first ONE Super Series World Champion was crowned, a couple of former titleholders returned to glory, and a pair of Muay Thai legends breathed new life into their illustrious careers.

Now, a week removed from the historic event at the Singapore Indoor Stadium, there are seven things we have learned about the victors. 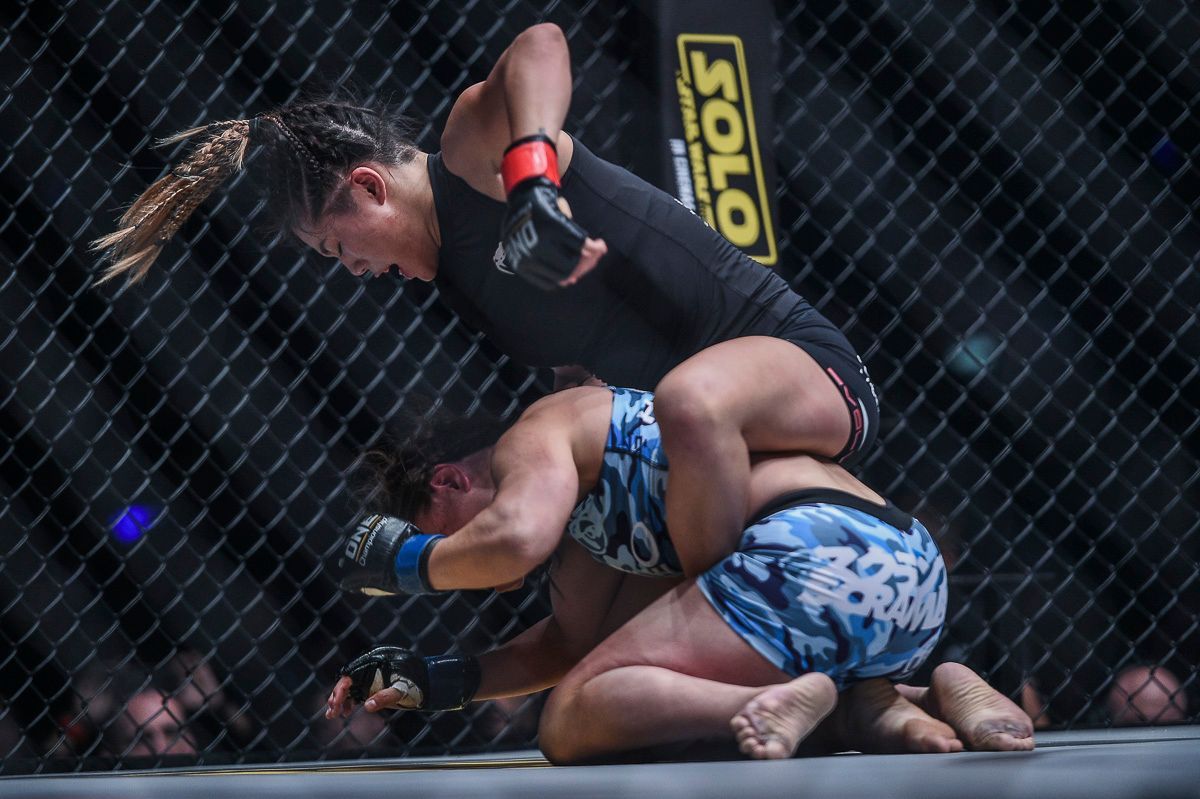 ONE Women’s Atomweight World Champion “Unstoppable” Angela Lee has valiantly taken on every deserving challenger in the atomweight division, and prevailed in every outing.

The undefeated heroine utilized her revamped striking to become the first person to defeat Jenny “Lady GoGo” Huang in March 2017, and then she used her world-class grappling to submit previously-beaten Muay Thai world champion Istela Nunes two months later, all while battling pneumonia.

Lee’s biggest bouts have been against her greatest rival Mei “V.V.” Yamaguchi, and though she was not able to finish the Japanese contender the two times they clashed, she did enough to leave each encounter with a unanimous decision victory.

Now, it appears as if Lee has cleaned out the division. While she waits for new contenders to emerge, she seems intent on tackling the strawweight division.

#2 Sam-A Gaiyanghadao Is As Dominant As Ever 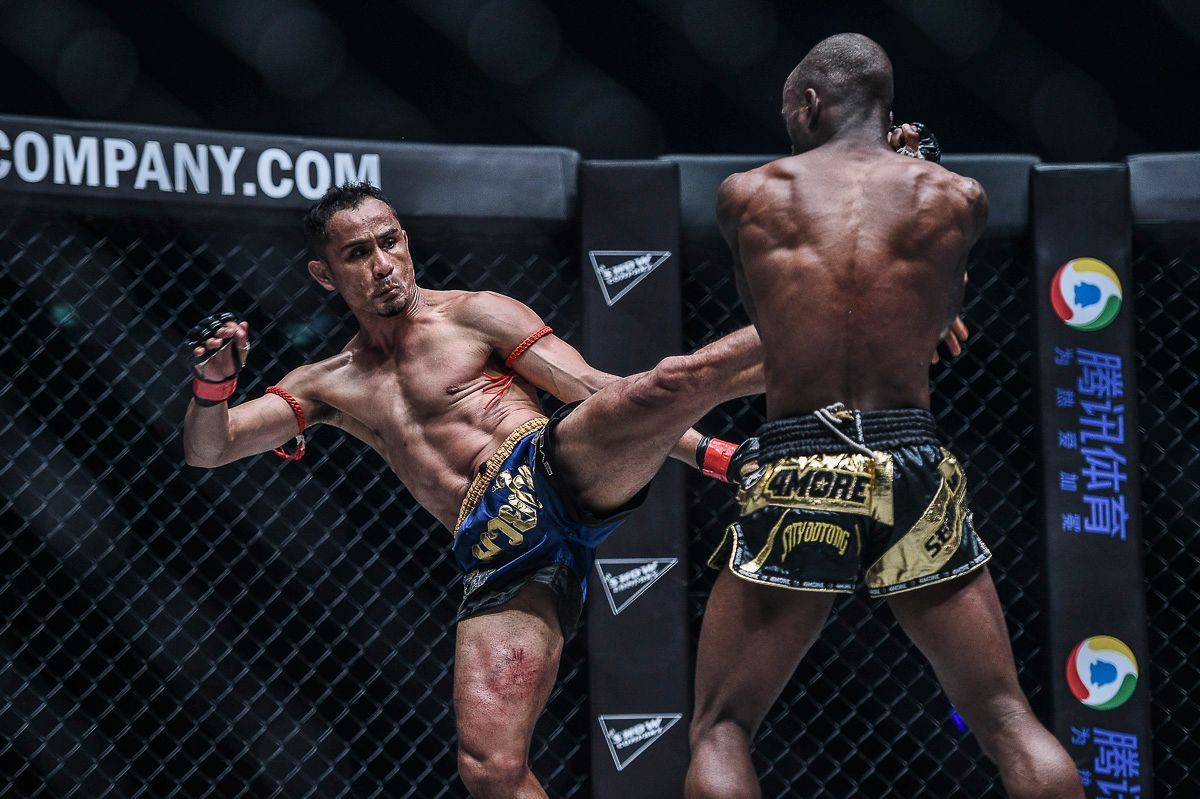 Sam-A Gaiyanghadao may be years removed from his last reign as a Lumpinee Stadium World Champion, but over the past few months, he has proven to be as sharp as ever.

The 34-year-old Thai ripped through Joseph Lasiri in ONE’s first-ever Muay Thai bout in January, and continued to display his aggressive marksmanship at ONE: UNSTOPPABLE DREAMS.

He outclassed two-time W5 World Champion Sergio “Samurai” Wielzen early in the contest, and turned up the heat in the fourth round, where he displayed his fierce roundhouse kicks and devastated the Sityodtong Amsterdam product with a melee of elbows.

It was a dominant performance from Sam-A, whose skill is simply impeccable. He is in top form, and very deserving of being the inaugural ONE Super Series Muay Thai Flyweight World Champion. 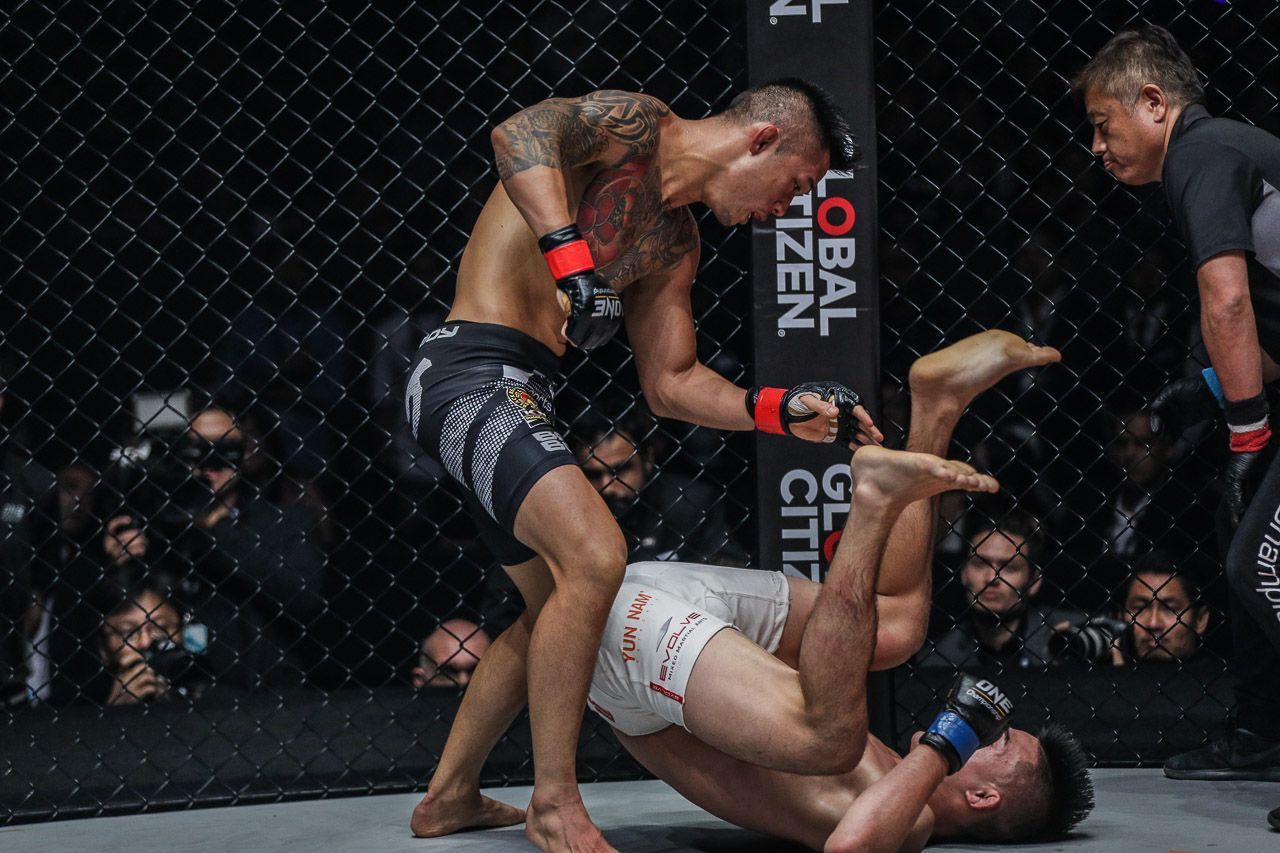 Up until this past year, Martin “The Situ-Asian” Nguyen had only seen the third round once in his mixed martial arts career. It was in his professional debut in July 2012, and he submitted his opponent nearly 90 seconds into the frame.

However, in 2018, he competed for a full five rounds on two occasions — first against Bibiano “The Flash” Fernandes in March, and then against Christian “The Warrior” Lee last weekend.

Nguyen is known for finishing his opponents inside of two rounds, and he loves delivering exciting knockouts. Although he does not particularly fancy long drawn-out battles, he has proven to have a solid gas tank. Going the distance will never be a problem for the Vietnamese-Australian.

Shinya “Tobikan Judan” Aoki has always been one of the sport’s most revered grapplers, but the way he steamrolled through Chechen jiu-jitsu and combat sambo champion Rasul Yakhyaev is evidence of his heightened skills.

Aoki, a judo and jiu-jitsu black belt, was not lying when he said his training for previous Grappling Super-Matches have enhanced his techniques even more. That was displayed on Friday, when he put the Russian through a grappling clinic.

Following a gutsy flying armbar attempt and a failed omoplata, the Japanese icon masterfully transitioned to a mounted triangle choke, easily rolled away, and trapped his opponent’s arm to put him in checkmate.

Though Aoki was always a dangerous ground wizard, he has amazingly stepped up his submission game.

#5 Yodsanklai’s Knee Is Not An Issue 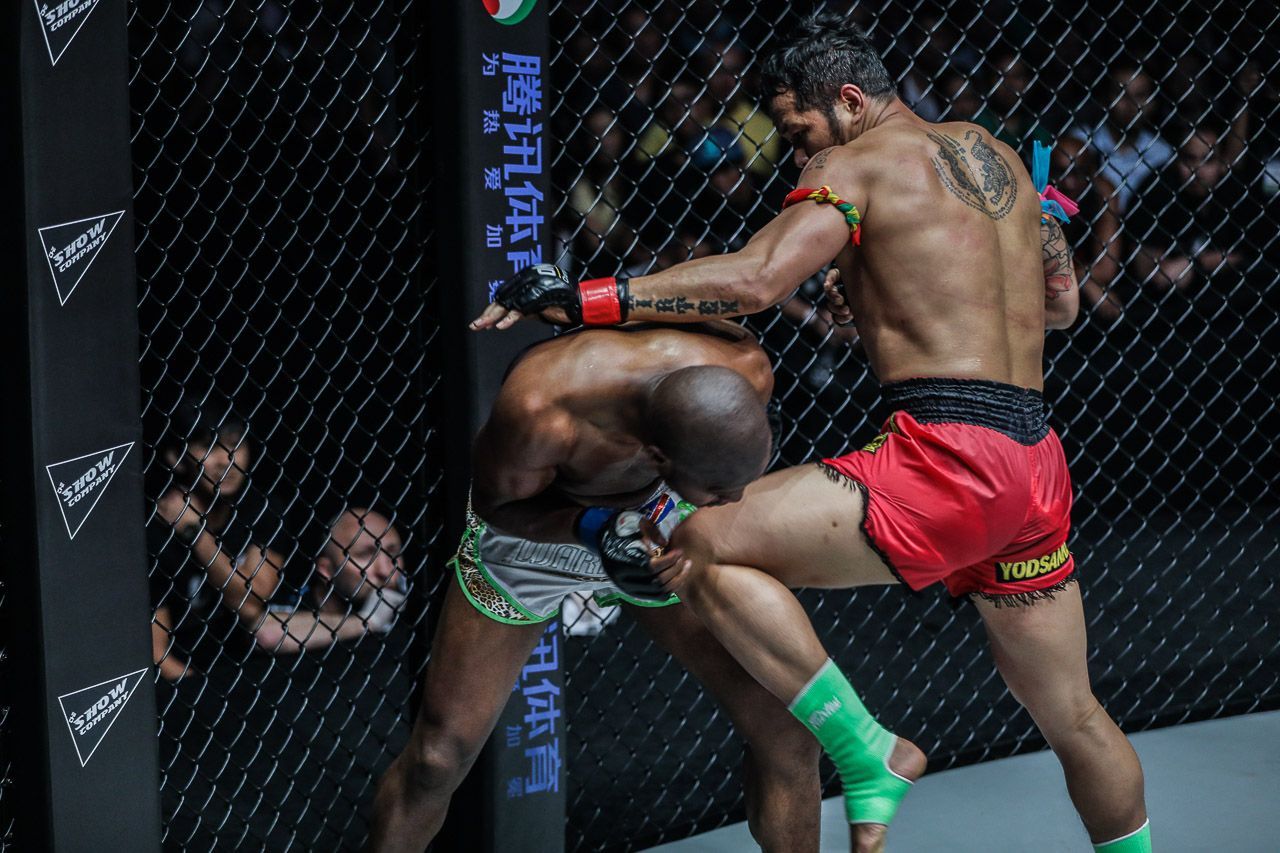 Two-time Lion Fight Middleweight World Champion Yodsanklai IWE Fairtex proved that his career-threatening injuries are a thing of the past.

After retiring in June 2017 due to a knee injury, the living legend broke off the engagement and tested out the waters again in February with a victory in China.

However, in his match with Chris “The African Warrior” Ngimbi in Singapore, he erased any doubts about the condition of his knee. Yodsanklai connected with powerful punches, kicks, and even high knees, and maintained top form throughout the bout to earn a unanimous decision win.

There is no doubt “The Hero” is back, and ready to claim more gold in his legendary career.

#6 Eduard Folayang Is Back To Form

The Filipino hero faced Kharun “The Predator” Atlangeriev, a lethal Russian sambo champion who is known for both his stand-up talent and his submission savvy. Over the course of three rounds, however, the Team Lakay veteran beat him in every aspect the game.

Folayang controlled the pace of the contest, fearlessly measured up his Russian nemesis with his elite striking, and even out-grappled him.

It was an impressive showing for the Baguio City native, who effortlessly snagged the unanimous decision victory. He is focused on not only improving as a martial artist, but also reclaiming the world title.

#7 Amir Khan Is Not Afraid Of Grapplers

Singaporean Muay Thai Champion Amir Khan has made a name for himself as the premier knockout artist in ONE Championship.

After all, he holds the promotion’s record for most KOs, and extended his record to eight after stopping South Korean jiu-jitsu wizard Sung Jong Lee.

Though the young lion is famous for his striking prowess, he is not as known for his ground acumen. Khan showed his ability on 18 May, however.

Lee, a NAGA No-Gi Grappling Champion, put him in tough positions, and even applied his trademark heel hook. The Singaporean admits it was tight, but he remained calm, and eventually escaped the hold to rally for the TKO.