After falling to Timofey Nastyukhin in February, Amir Khan was determined to get back on the lightweight world title track.

On Friday, 18 May, the Singaporean accomplished just that.

The 23-year-old added another knockout to his highlight reel by defeating South Korean debutant Sung Jong Lee at ONE: UNSTOPPABLE DREAMS, in front of a roaring hometown crowd at the Singapore Indoor Stadium.

It was by no means an easy victory, however. 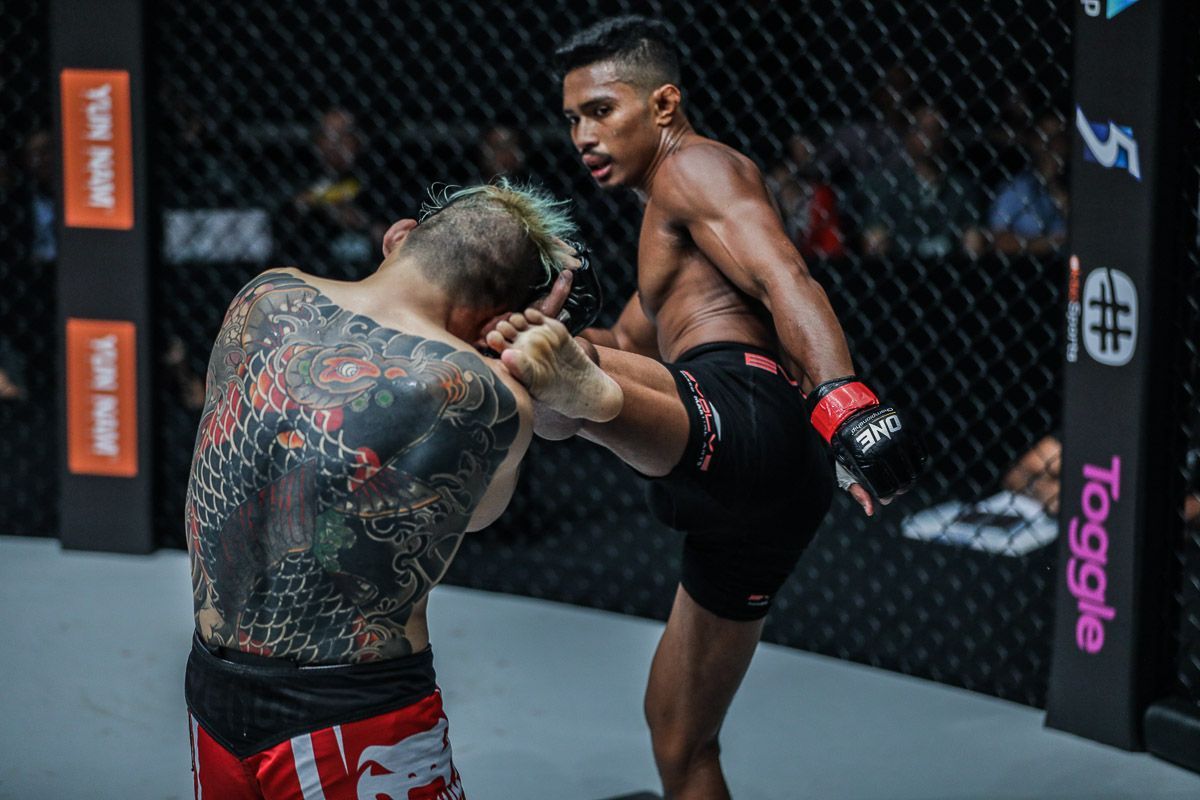 Lee, a NAGA No-Gi Grappling Champion, was wary of his opponent’s knockout power, so he tried to take the match to the ground early. The South Korean was successful in catching Khan in an armbar, but the young lion used his raw power to lift and slam his opponent to the ground.

As the round progressed, Lee was persistent in forcing a grappling match. At one point, he even caught the Khan in his signature heel hook, and endured the knockout artist’s strikes. Towards the end of the opening stanza, the South Korean showed tremendous durability by going toe-to-toe with Khan in the striking game.

In the second round, the Cheonan, South Korea native managed a leg scissor takedown to once again attempt his signature submission hold. Khan rained down elbows and fists on his opponent, but Lee was steadfast in his efforts. He held on to the lock with all of his might.

Just when it looked like Lee had his hold in deep, the hometown hero rolled through and escaped to his feet. Like a lion locked on his prey, Khan pounced quickly on the South Korean, and furiously rained down punches.

The referee stepped in at 3:39 of round two to prevent any further damage to the South Korean.

With the victory, Khan extends his ONE Championship record for most knockouts to eight, and improves his professional record to 10-3. If he gets a few more wins, he could slide right back into the lightweight world title picture.