When 20-year-old Angela Lee captured the ONE Women’s Atomweight World Championship last year in an exciting contest against Mei Yamaguchi, she knew that as a newly crowned champion, every fight would be more and more challenging moving forward.

Such was the case on Friday, 26 May, when Lee met top Brazilian atomweight contender Istela Nunes.

Lee went to war with Nunes in the main event of ONE: DYNASTY OF HEROES, which took place in front of a packed Singapore Indoor Stadium. 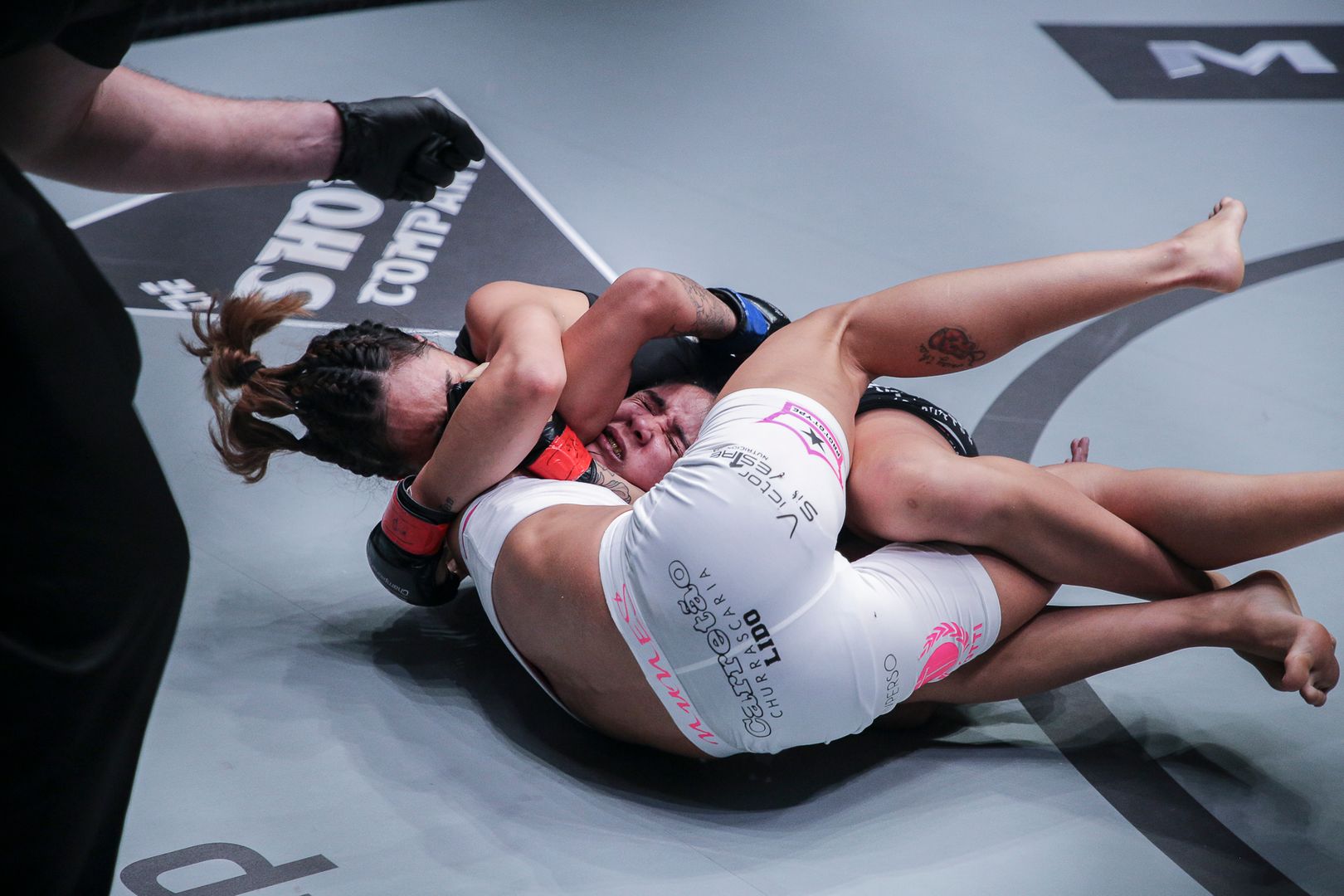 In the end, it was the defending champion who had her hand raised in victory following an entertaining contest, winning officially by anaconda choke submission at 2:18 of the second round.

Accompanied by Singapore’s first and only Olympic gold medallist, Joseph Schooling, Lee walked out to the cage to the familiar tune of Unstoppable as she geared up for another tremendous challenge.

As soon as the first round began, it was apparent that Nunes’ gameplan was to try to keep the fight standing. Going to the ground against a grappling ace such as Lee would prove to be her downfall later in the fight.

Going in for the clinch, Lee caught Nunes in a side headlock position, and executed a successful hip toss. Nunes, however, was able to get back up on her feet. 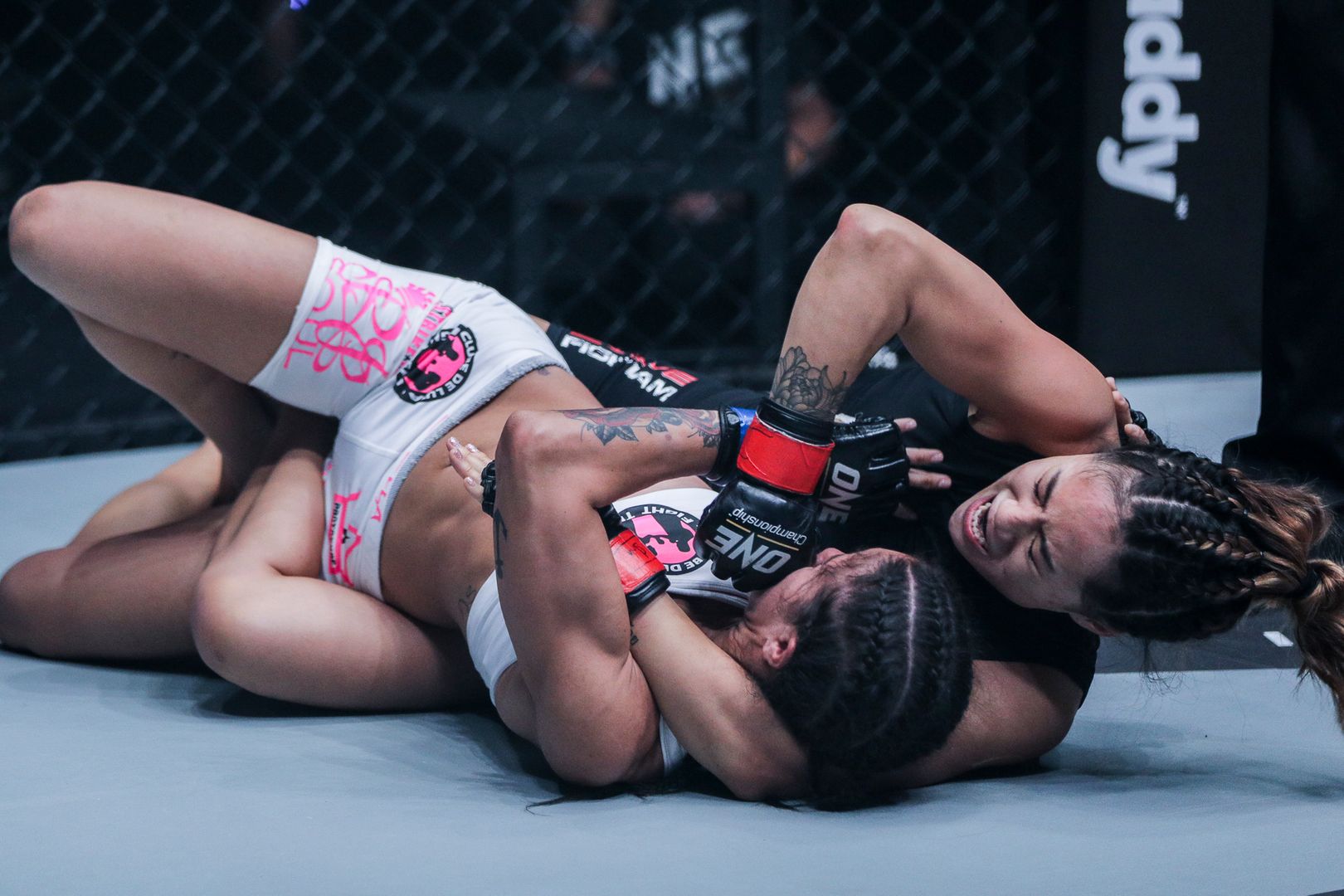 Lee then used ground strikes to set up a quick transition to take Nunes’ back and work on a rear naked choke. In a familiar situation, Lee saw the opportunity to pull off another twister, which she successfully latched on to, and used the opportunity to land several strikes to Nunes’ face.

Lee famously finished Filipino-English fighter Natalie Gonzales Hills in 2015 with the same move. This time, things would end up a little differently with a tougher opponent.

Although the fight at that point appeared all but over as fans awaited a seemingly inevitable tap, Nunes, through sheer willpower and determination, somehow powered through long enough to survive the round. As soon as the second round began, Nunes predictably opened up with her world-classs striking. Landing a couple of telling blows, it seemed Nunes would get right back in the fight, but Lee would impose her will. In a matter of seconds, Lee had Nunes pressed up against the cage fence, and in the front headlock position, locked in the anaconda choke before pulling Nunes to the ground.

Though Nunes would successfully defend for a period of time, the tap inevitably came to hand Lee the victory.

With the win, Lee improved her record to a pristine 8-0, overcoming her toughest challenge to date in emphatic fashion. Nunes dropped to 6-1, suffering the first loss of her career.

“I really love you guys, and it’s an honor to fight here (in Singapore) as your champion. To everyone who is watching from all around the world, thank you guys so much, it means the world to me,” said Lee. “The anaconda choke is one of my favorites, so I was really happy to win with that submission tonight.”