After pursuing different challenges for the past year and a half, Shinya “Tobikan Judan” Aoki will return to Singapore to chase the ONE Lightweight World Championship again.

This Friday, 18 May, the Japanese martial arts legend will clash with Russian grappler Rasul Yakhyaev at ONE: UNSTOPPABLE DREAMS. The historic event, which also features three world title bouts, broadcasts live from the Singapore Indoor Stadium.

“My goal is to work back towards the lightweight title. This weight class is my natural weight, so it is good for me,” the 35-year-old Japanese icon says.

“[Yakhyaev] is the first step to getting back to the title. I will do my best.”

Since his reign ended in November 2016, Aoki has tested himself against some of the most skilled athletes in martial arts – and in multiple disciplines.

He made history by competing in ONE’s first Grappling Super-Matches – falling to multi-time EBI Champion Garry Tonon last May, and then submitting former ONE Featherweight World Champion Marat Gafurov in January.

“I wanted to test myself in the Grappling Super-Matches, because I have been grappling for a long time, and I really love it,” the BJJ and judo black belt says.

Despite exclusively focusing his mat skills, Aoki says it was hugely beneficial for his upcoming mixed martial arts contests.

The Japanese athlete is already regarded as one of the world’s most talented submission artists, and the time he devoted solely to the grappling competitions has only made his area of expertise stronger.

“Martial arts is about studying and learning,” he adds.

“When you are training for a competition and focus on something, you will definitely improve. I continued to develop my game, learn new techniques, and refine my current ones.”

Now, Aoki has shifted his attention back to mixed martial arts competition, and he is ready to display his improved skills.

“I always want to fight. I love mixed martial arts and love competing,” he says. “I am constantly working on all aspects of my game. My striking is improving.” The last time he competed in mixed martial arts was last November, when he moved up a division to challenge Ben “Funky” Askren for his ONE Welterweight World Title.

However, he found that the undefeated American was “really strong,” and came out on the wrong side of a first-round TKO.

Undeterred, but with no plans to give up that kind of size and strength advantage in a higher weight class again, the Japanese legend is returning to the lightweight division, and is focused on recapturing the ONE Lightweight World Championship.

Aoki has drawn Yakhyaev in Singapore, but it will be no small task to defeat the Chechen jiu-jitsu and combat sambo champion. After all, Yakhyaev had a successful return to the promotion last December with a huge decision win over surging Thai hero Shannon “OneShin” Wiratchai in Bangkok. 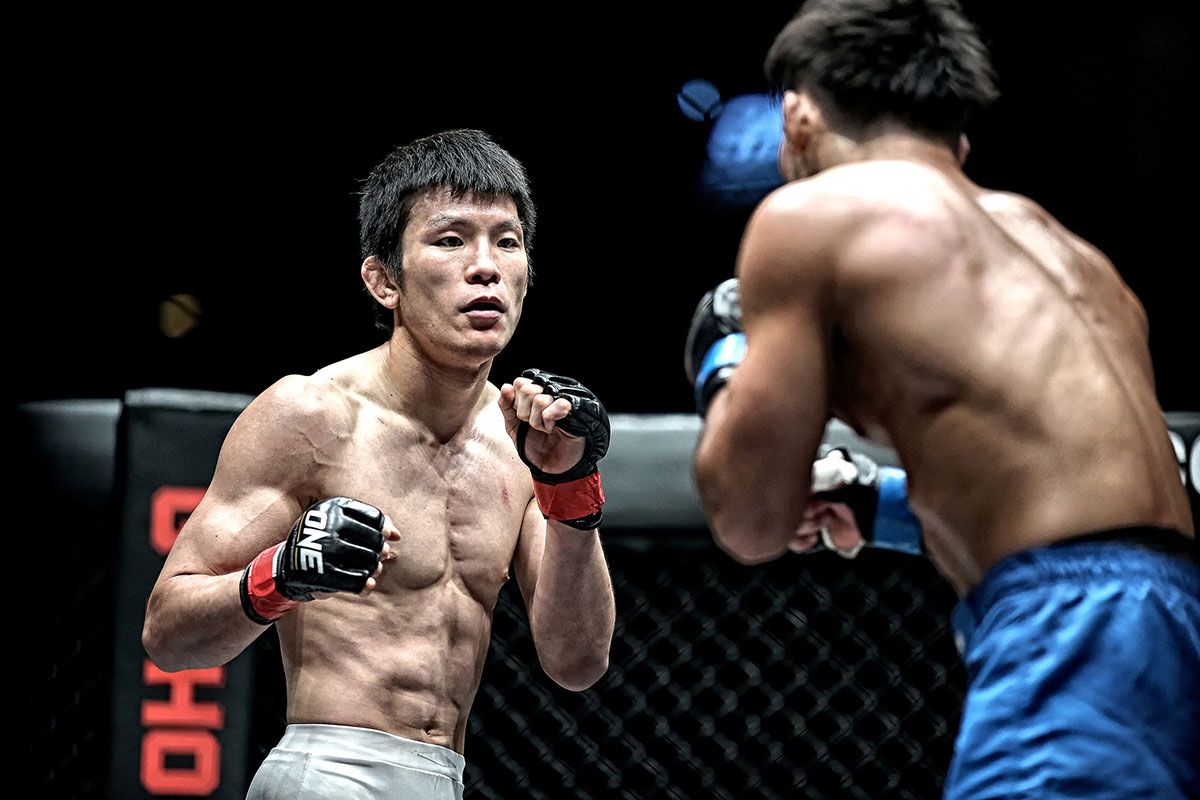 If “Tobikan Judan” can get his hand raised, he is looking forward to the chance to compete for the top honors once more. The man who currently holds the belt is Martin “The Situ-Asian” Nguyen, whom the Japanese icon describes as “a wonderful athlete.”

If possible, he would love to have the opportunity to face Nguyen at home. With ONE making big moves to reach a wider audience than ever in Japan, that may also be in his future.

“It is great that ONE Championship is going to Japan,” Aoki says. “I am excited about that. I want to fight in Japan.”