It was just as he had promised in the weeks leading up to the bout. The sensational win took place in the main event of ONE: IMMORTAL PURSUIT at the Singapore Indoor Stadium.

Askren took his flawless professional record to 18-0, 1 NC with the fastest finish of his career, hammering Aoki with ground strikes to force the TKO stoppage just 57 seconds into the opening stanza.

The pair trained alongside each other for years at Singapore’s Evolve MMA, and the respect between the two was there for all to see when they opted to shake hands rather than engage in the usual touching of gloves before the bout.

Once the contest got underway, that mutual respect was put to the side, as they battled for the ONE Welterweight World Championship. 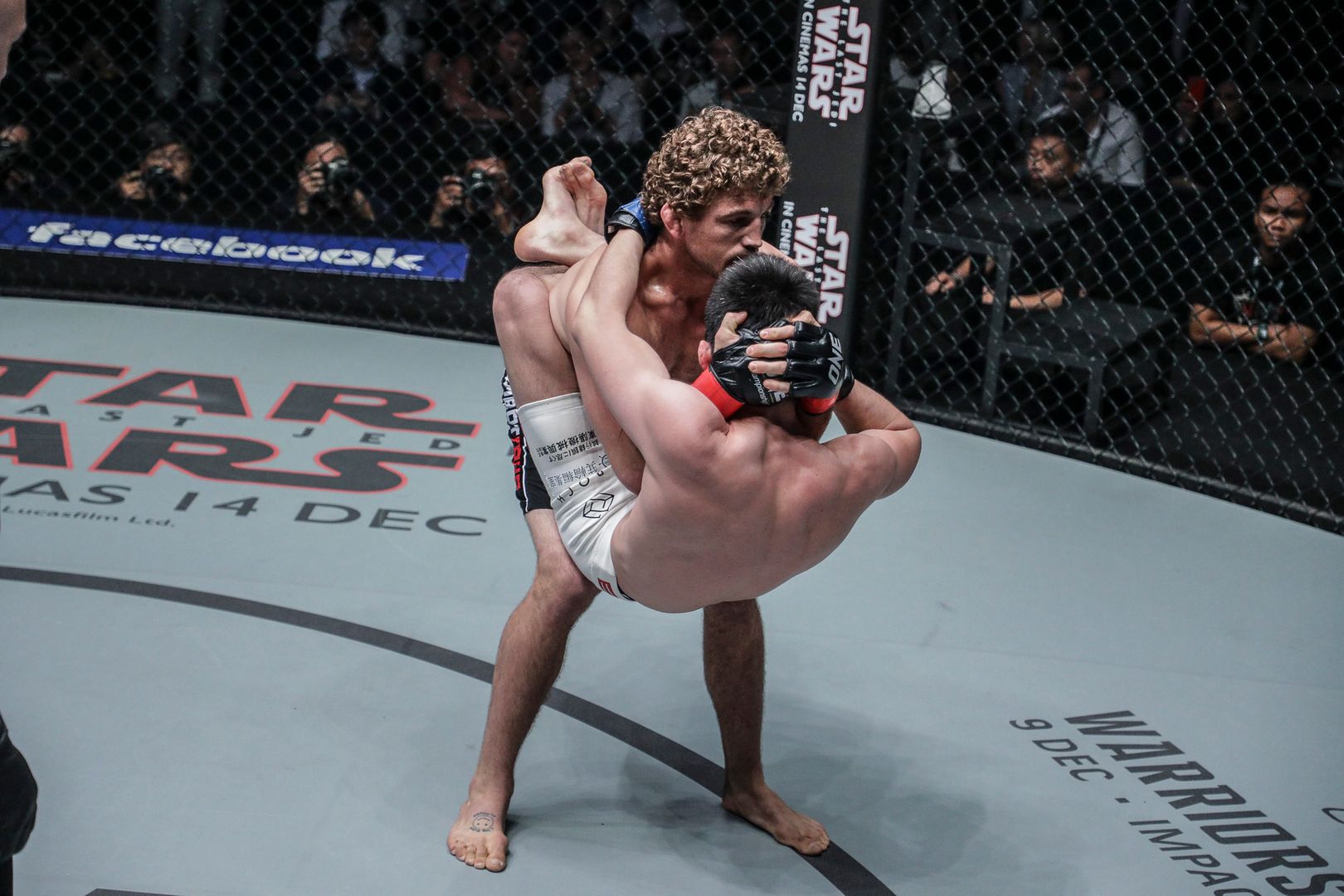 What many expected to be a grappling chess match between the two ended abruptly, after Askren punished Aoki for an outrageous early submission attempt in the initial seconds of the contest.

After landing a stiff left hand in the opening exchange of the bout, “Tobikan Judan” lived up to his nickname as “The Grand Master of Flying Submissions” when he leapt into the air and jumped guard.

Askren, a 2008 Olympic wrestler for Team USA, was wise to the maneuver. After taking a brief moment to compose himself, he slammed his Japanese teammate powerfully into the canvas, and landed in Aoki’s guard. 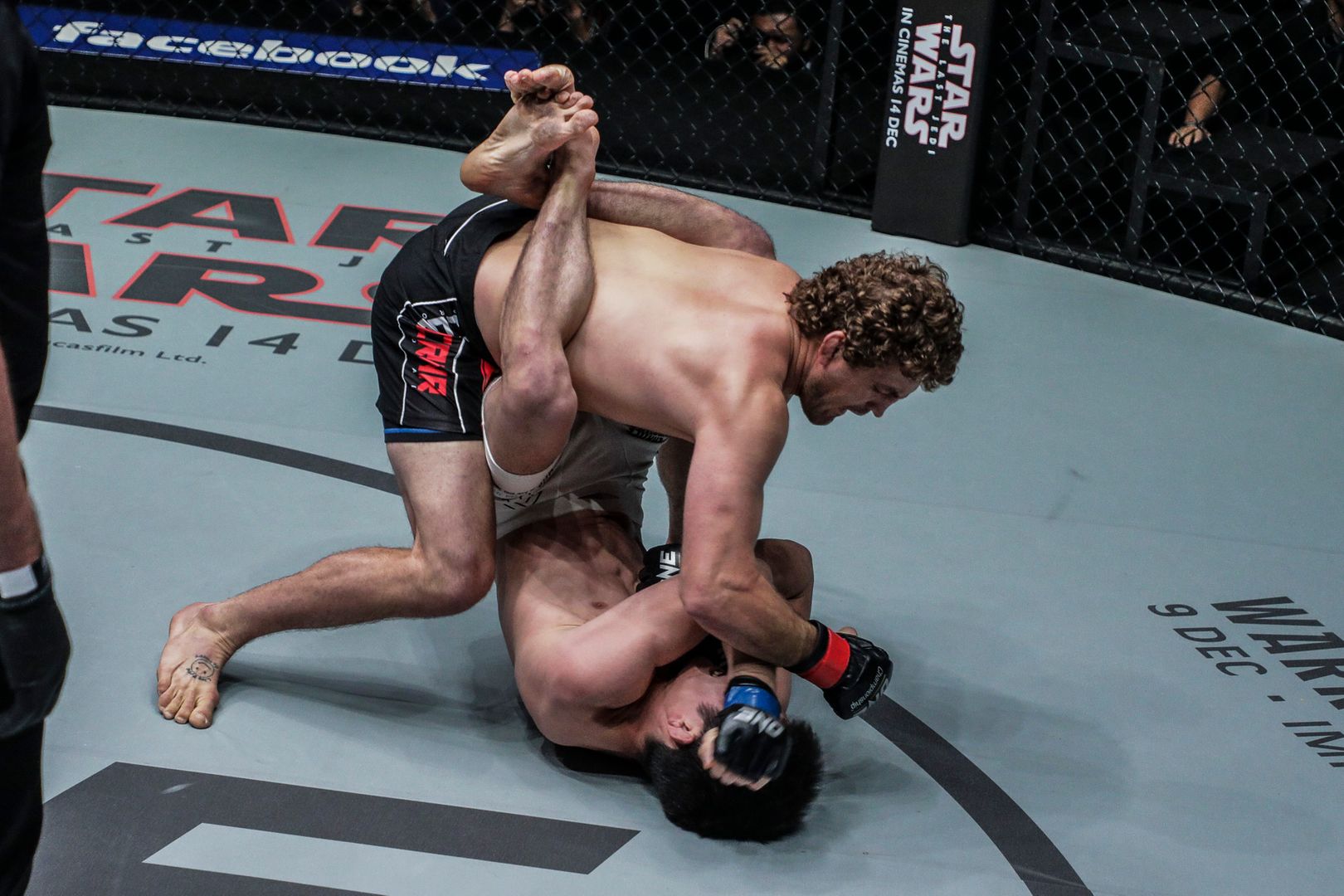 It was from that position that “Funky” clinically finished the bout. He postured up and unloaded a barrage of ground and pound that Aoki, a former ONE Lightweight World Champion, was powerless to stop.

Seeing that Aoki was overwhelmed by Askren’s ground strikes, referee Olivier Coste stepped in to call a stop to the contest, handing the American his 18th career win, his fourth ONE Championship title defense, and the fastest finish of his eight-year professional martial arts career.

After the bout, Askren thanked a host of teammates and coaches, as he paid tribute to those who helped drive him to success from an early age. 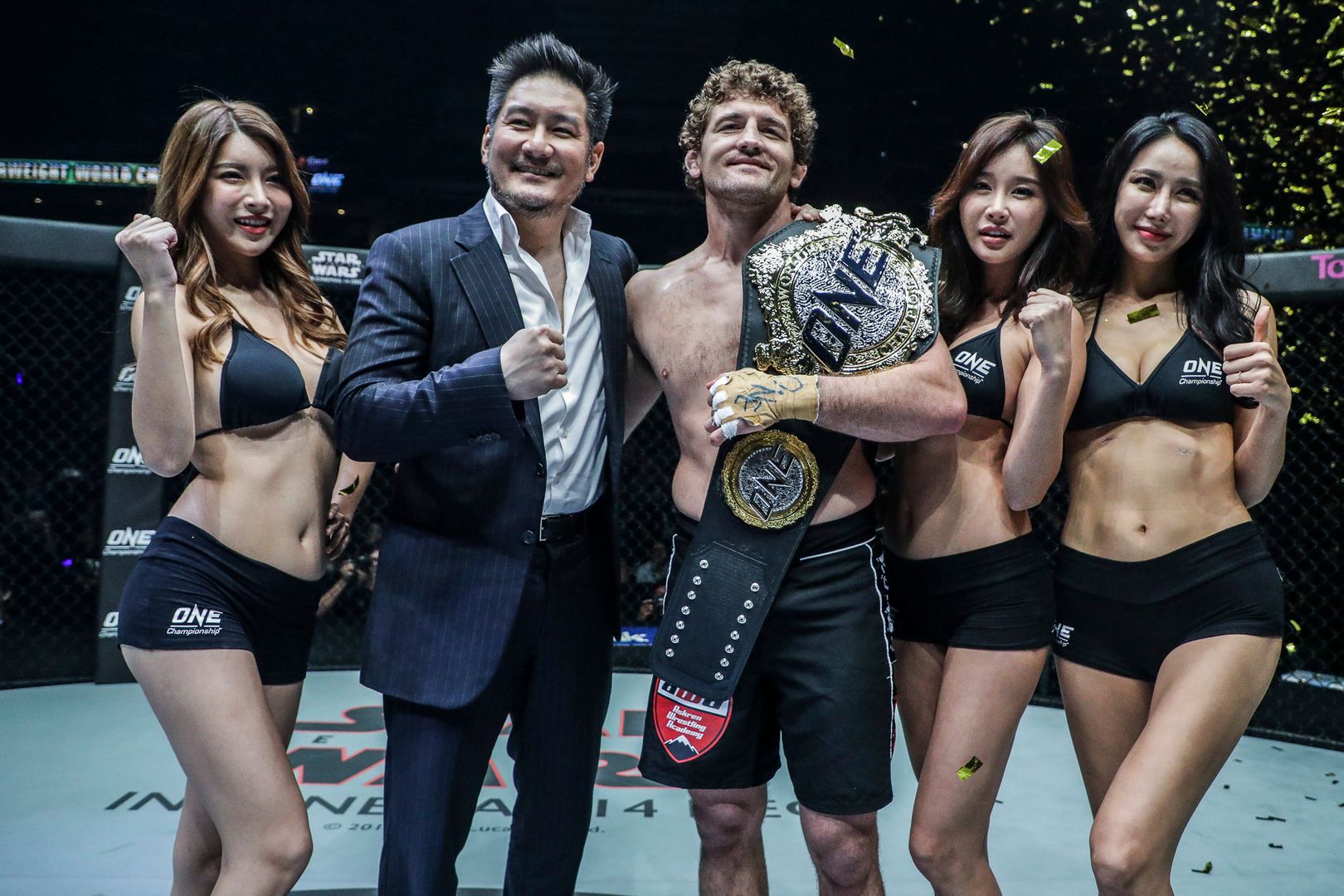 Also, he reserved a special “thank you” to ONE Championship for providing such a fantastic stage for the final chapter of his stellar career, and to the people of Singapore, where he has spent so much time training as part of the team at Evolve MMA.

After professing his love for his family, he said: “I can’t wait to get home,” as he threw up his hand and strode out of the ONE cage for the final time with his finger raised in victory, his undefeated record intact, and an immortal legacy.