Shinya Aoki picks up an emotional rear naked choke victory in what was a masterpiece grappling affair!

Former ONE Lightweight World Champion Shinya “Tobikan Judan” Aoki once again showed why he is one of the most dangerous submission specialists in all of martial arts.

This past Saturday, 20 January, the 34-year-old Japanese legend defeated former ONE Featherweight World Champion Marat “Cobra” Gafurov in a Grappling Super-Match at ONE: KINGS OF COURAGE.

What surprised everyone in the Jakarta Convention Center in Indonesia is the fact that Aoki used his opponent’s signature rear-naked choke to claim the victory.

The early going saw a tactical battle, with Aoki pressing the action against the cage, working tirelessly to get the takedown. Gafurov played tight defense, however, and stopped the former lightweight kingpin from putting him on the mat. 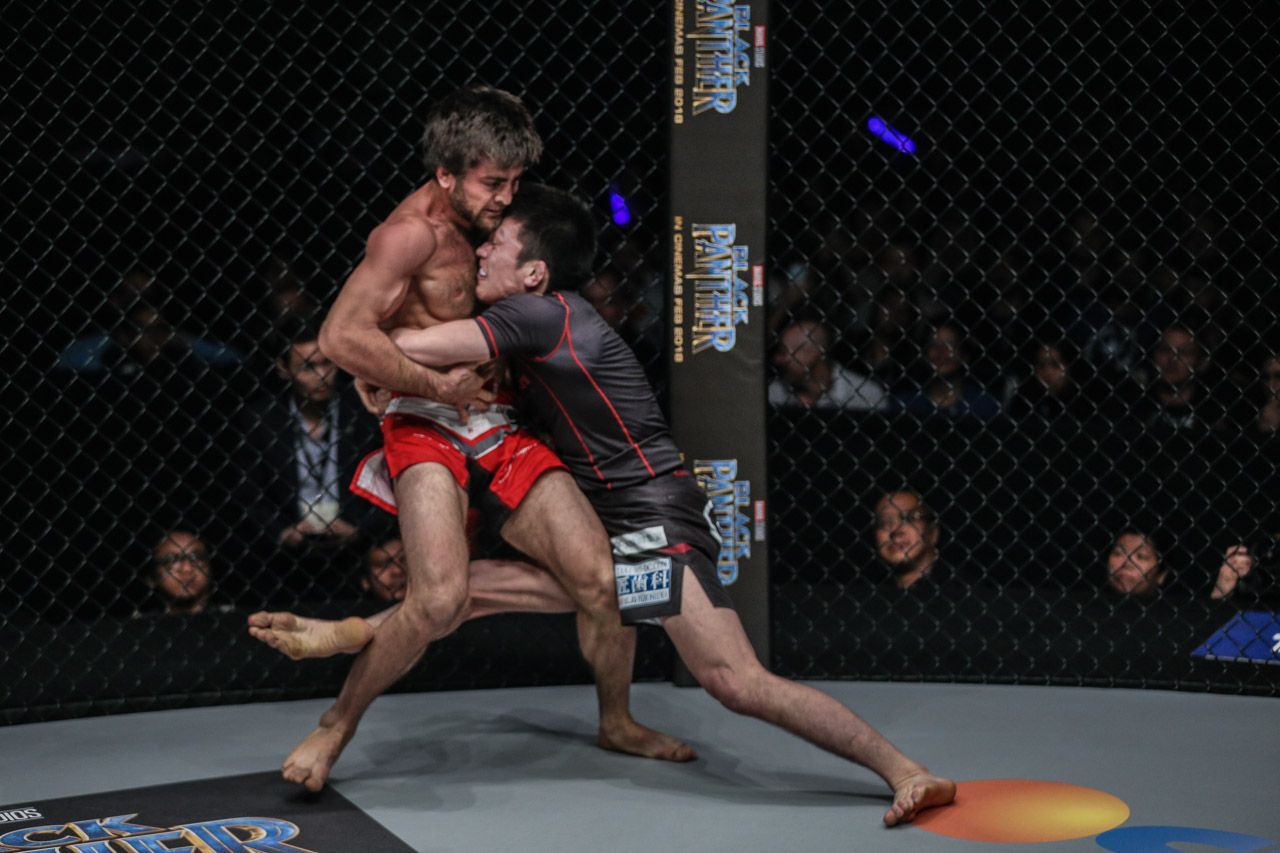 Finally, about three minutes into the contest, “Tobikan Judan” landed the first takedown. But Gafurov quickly popped back to his feet and reversed the position, as he began looking to take the back of the Japanese submission specialist.

Aoki, unsurprisingly, had superb defense. He got away from the Dagestani’s iron grip, and the two grapplers continued to battle back and forth in a war of positions with neither able to gain the upper hand.

The two former ONE World Champions set a grueling pace, with Gafurov constantly trying to find an opening to take the back. Aoki, meanwhile, was like a coiled snake just waiting to strike, as he was constantly evading the Russian’s underhooks.

The exchanges continued until Gafurov went for broke with a body lock takedown. He literally dragged Aoki down to the mat, trying desperately to get his legs locked into position so he could begin looking for his favorite hold, the rear-naked choke. 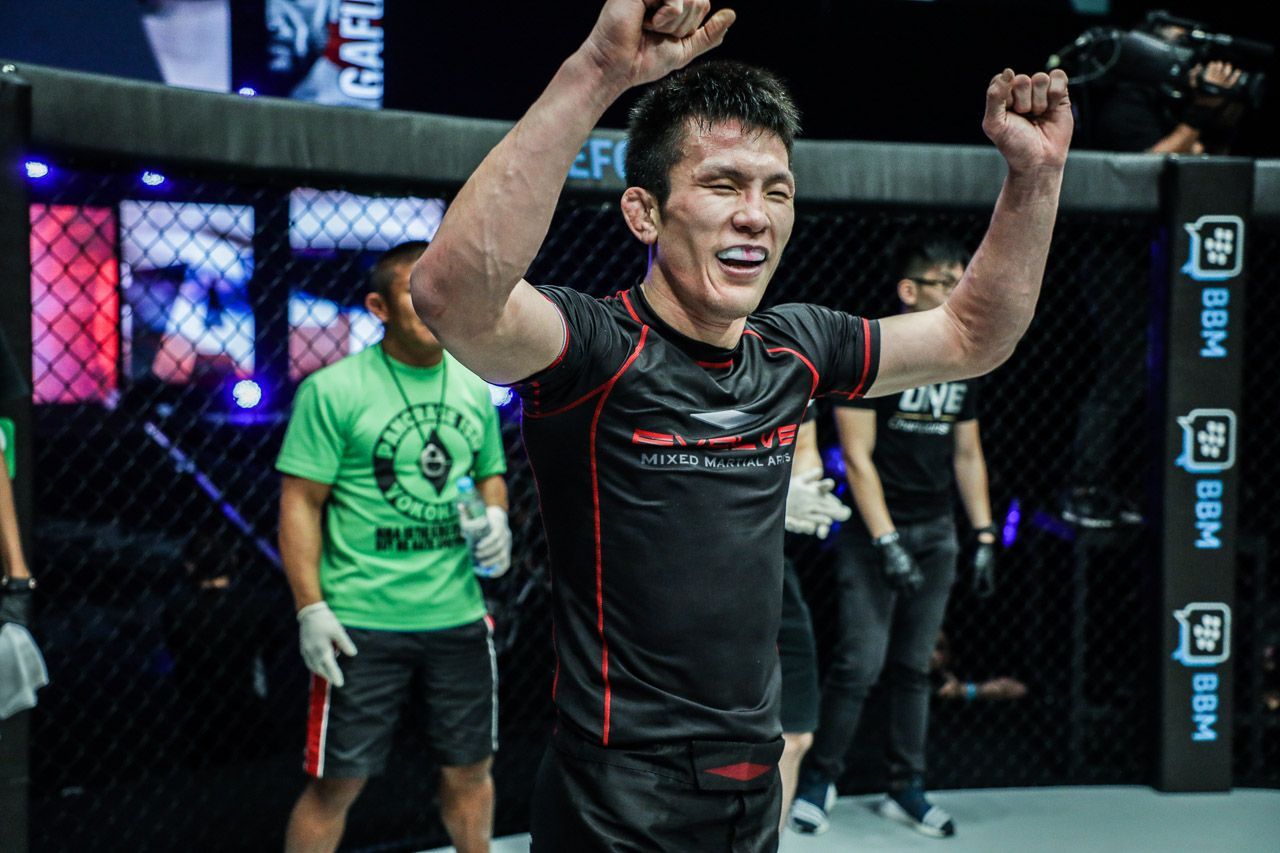 The offensive outburst backfired, as Aoki exploded out of the position and quickly transitioned to take the back of his Dagestani opponent instead. Almost instantaneously, the Japanese icon latched his arms under the neck of his rival, and cinched up the rear-naked choke.

The grimace on Gafurov’s face was unmistakable, and he was force to tap out 12:22 into the 15-minute Grappling Super-Match.

Following a tough loss to world-famous BJJ champion Garry “The Lion Killer” Tonon in the organization’s first-ever Grappling Super-Match back in May 2017, as well as experiencing a two-bout cage skid in ONE World Title bouts, Aoki was determined to get his career back on track. He did exactly that by turning the tables on Gafurov, and putting him away with his favorite submission hold.

As for Gafurov, he was clearly dejected by the way the match ended. But now, he will turn his attention back to his ultimate goal, which is to regain the ONE Featherweight World Championship.